1920 Commencement Issue of "The Voice" of Franklin High School at Franklin, Maine 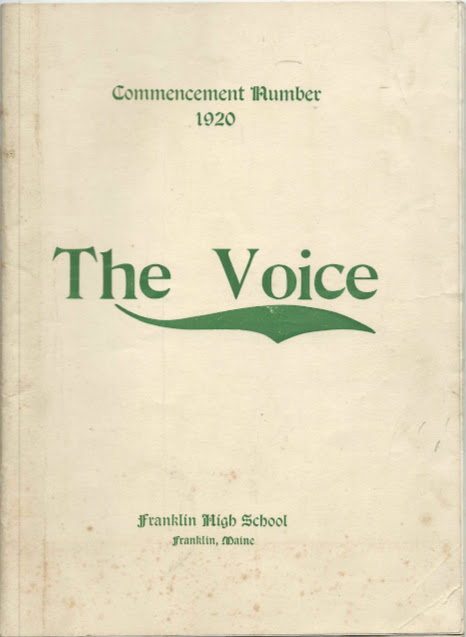 Commencement Number 1920, "The Voice", published by Franklin High School at Franklin, Maine.  Reading between the lines, it appears that the class contained only two female graduates; I don't know the number of male graduates, but it appears it was a small class.

Approximately 10-1/2" by 7-3/4", with 20 numbered pages and several pages of advertising.  Below, the frontispiece, presumably a photograph of the editorial staff.
A surname list and an alphabetical list of the people mentioned in the issue appear farther below.
Images of all of the pages, in order, appear at the end of this post. 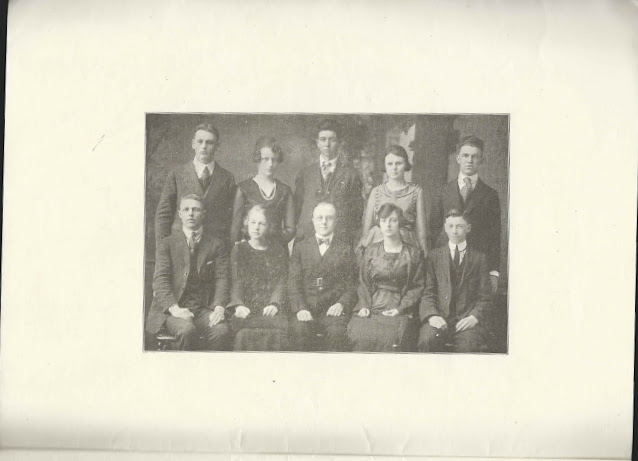 Names on the title page: 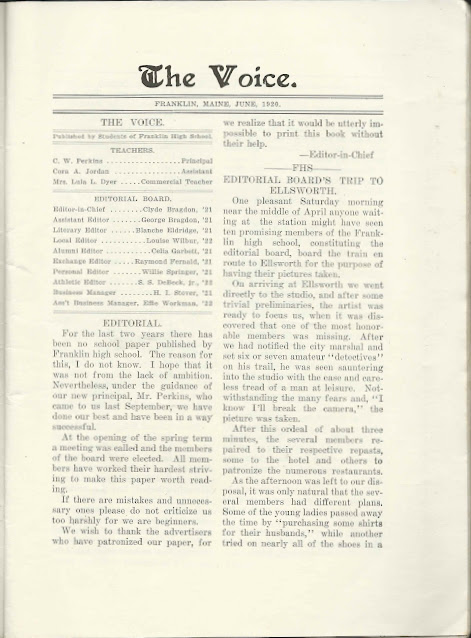 Another photograph, not identified.  It can't be of the graduating class, as it's indicated in the history of the class that only two students were there at the end.  I believe they were Marcia Springer, who penned the Valedictory, and Alice Ryder, originally a member of the Class of 1919, who had had to miss a portion of that school year.

The photograph below might show Principal Perkins, his two assistants and the two graduates, the "band" referenced in the "History" of the class penned by Belva M. Simmons of the Junior Class. 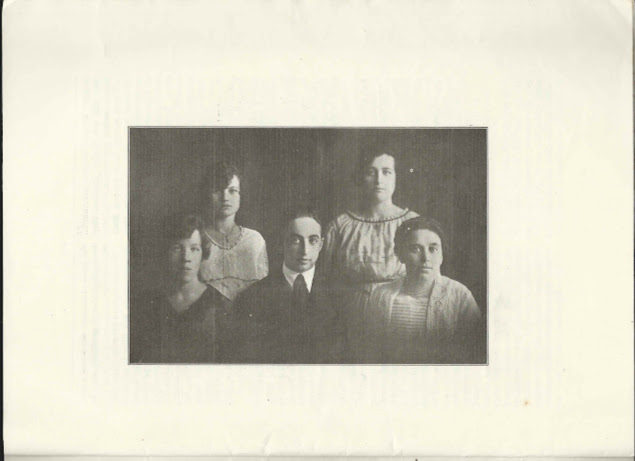 Surnames Mentioned in the Album


People Mentioned in the Issue - some mentioned multiple times; given names within a surname are not necessarily in alphabetical order.

Click on an image to enlarge it. If you click on the first image, it will open in a new window, with thumbnails of following images at the bottom, which you can click through. 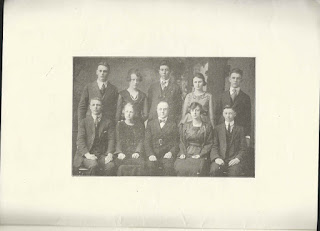 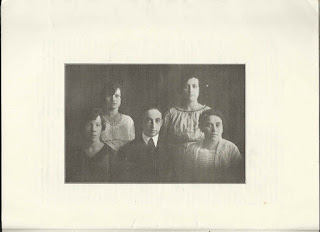 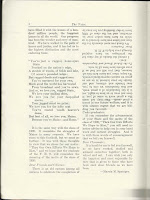 Posted by Pam Beveridge at 9:09 AM