January 1, 1901 photograph of Martha Whitney and Vivian Kenniston, presumably taken at Eastern State Normal School at Castine, Maine, which both attended.  The room they're in has the appearance of a dorm room.

Many thanks to a reader, who worked some magic with the images, shown below: 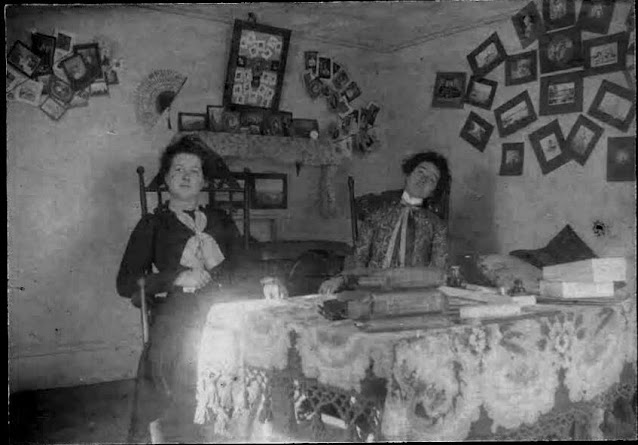 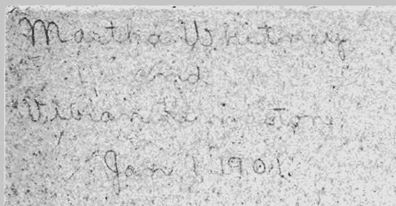 Vivian Inez Kenniston was born September 27, 1881 at Amherst, Maine, the daughter of Seth Albert Kenniston and Marion Ethel (Williams) Kenniston.  On December 6, 1901 at Amherst, Maine, Vivian married Edwin Solon Conner, son of Fred Morton Conner and Helen M. (Peterson) Conner of Penobscot and Castine, Maine.  Edwin, a graduate of both Eastern State Normal School and Bates College, taught school in Maine and Ohio.  He and Vivian had, I believe, three children.  Fred died in Florida in April 1960 and Vivian at Castine, Maine, that same year in June.  They're buried in the Castine Cemetery.

Posted by Pam Beveridge at 2:04 PM