1840s Autograph Album of Mary Cordelia Keyes of Mendon, New York, Before and After her Marriage to Daniel Galentine 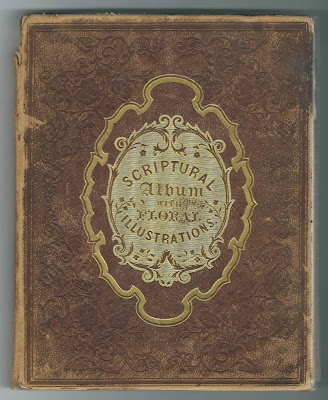 1840s autograph album that belonged to Mary Cordelia Keyes of Mendon, New York, before and after her marriage to Daniel Galentine.   The album has a few entries from after Mary's death on April 10, 1850.

The album was presented to Mary by N. A. Woodward. 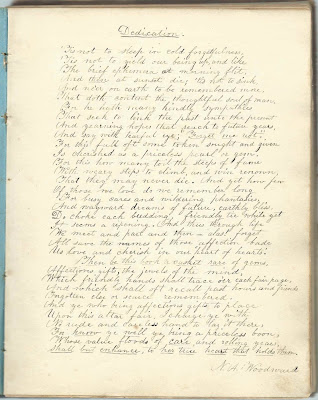 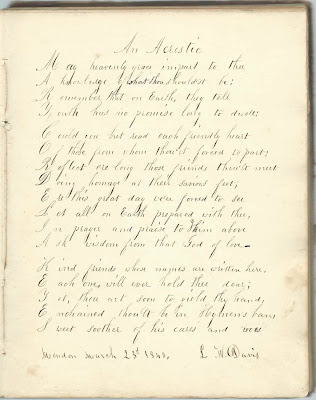 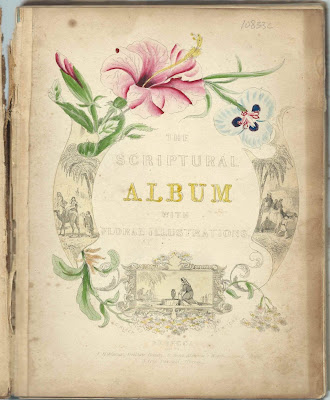 The album contains the sentiments of 20 or more of Mary Cordelia Keyes' relatives and friends, some of whom inscribed more than one page; additionally, Mary may have been the inscriber herself, including several pages of poems at the end of the album.  An alphabetical surname list and an alphabetical list of the inscribers, together with any personal information they offered, appear at the end of this post.

Mary Cordelia Keyes was born about 1825 in New York, the daughter of Jeremiah and Martha (Cornwall) Keyes.  Some sources give her birth year as 1805, but her  parents would have been too young, so I believe this is a mistake in reading her gravestone or a typographical error.

I believe, from some of the inscriptions directed to Mary Galentine, that Mary's marriage to Daniel Galentine, occurred sometime in early 1848.  Daniel was born about 1822, the son of Jacob and Keziah (Bergen) Galentine.

Mary and Daniel are buried at the Graves Cemetery at Mendon, New York.

Daniel inscribed two pages in the album, one of them shortly before Mary's death on April 10, 1850. 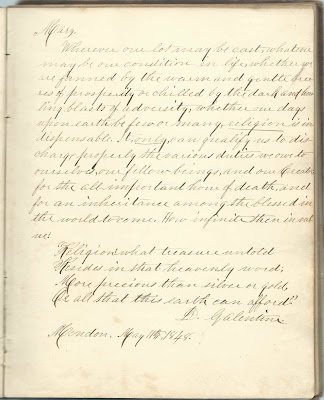 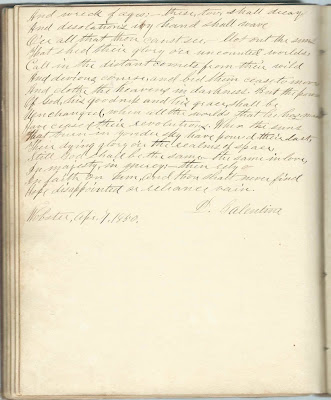 A Mary, perhaps Mary Cordelia (Keyes) Galentine herself, chose one of the pages with a design on it. 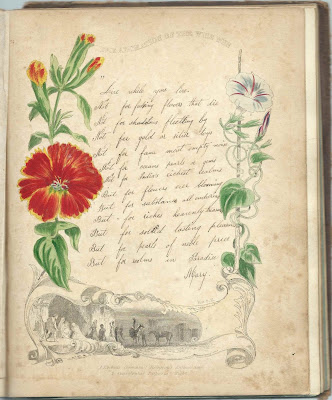 If anyone recognizes the name of the inscriber of the 2-page sentiment below, which was written after Mary's death in 1851 or 1857, please leave a comment or contact me directly.  The name looks something like Jean Hausefried Buym; he may have been a professor at Rochester Theological Seminary, which was then a young institution. 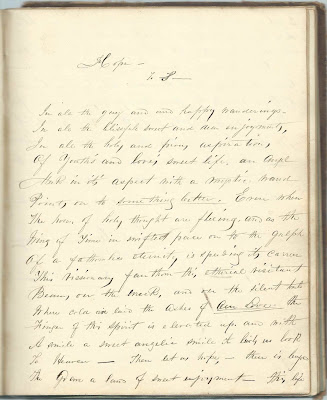 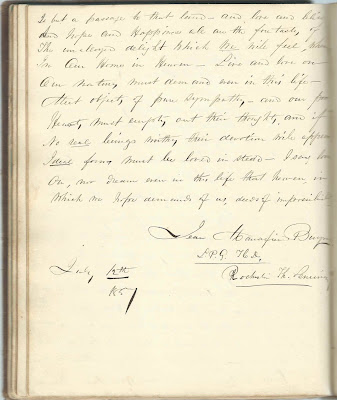