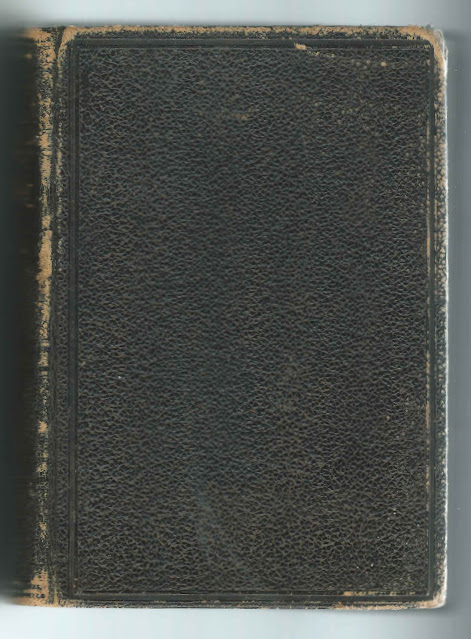 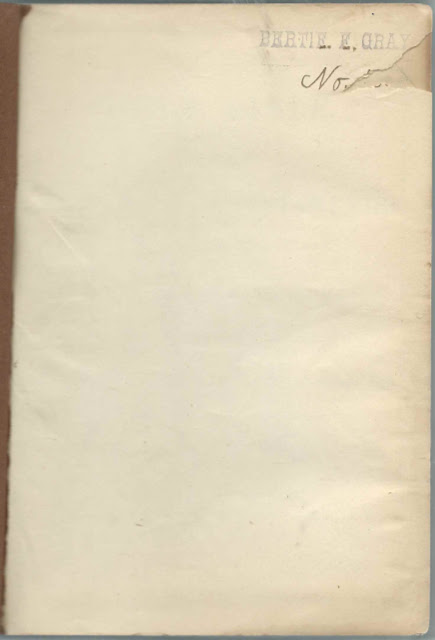 The Bible measures approximately 7" by 5-1/4" by 2".  It was printed in 1894 by the American Bible Society in New York.  Some of the entries in the Bible predate 1894, so hopefully the dates were recalled correctly. 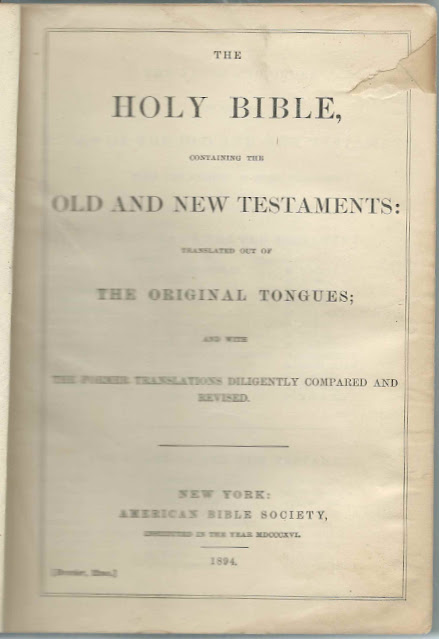 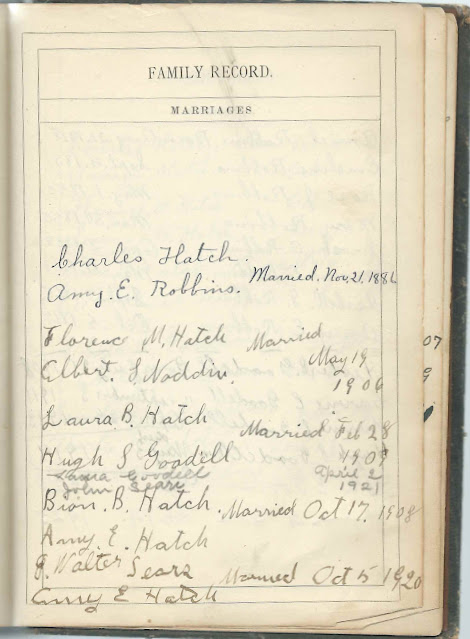 The left Births page, below, lists birth dates in the family, including those of Amy's parents, siblings and herself, and the birth dates of the children of Amy's daughter Laura Bell (Hatch) Goodell Sears with first husband Hugh S. Goodell and with second husband John Sears. 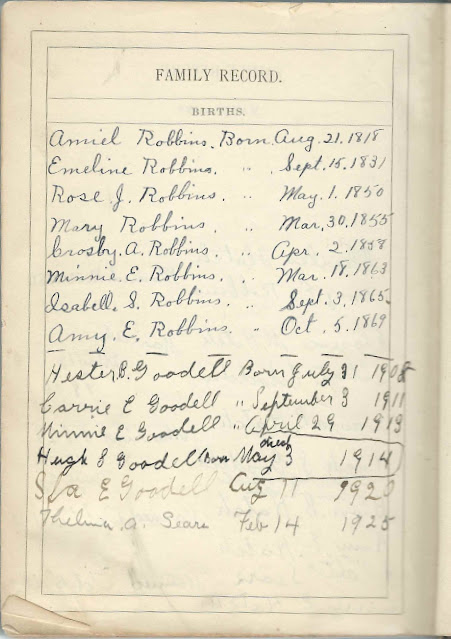 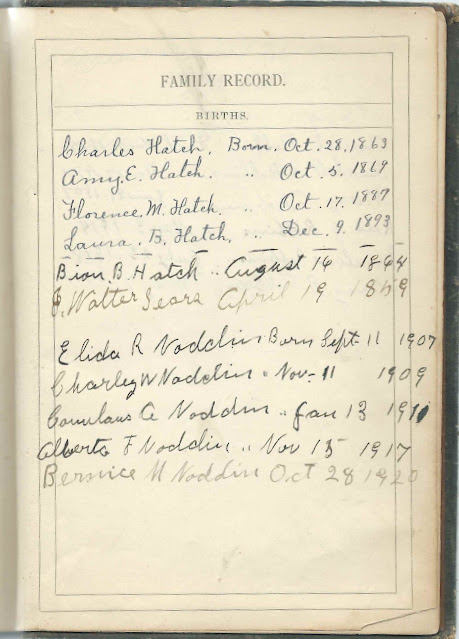 The Deaths page lists death dates of members of the Robbins family, including that of Amy herself. 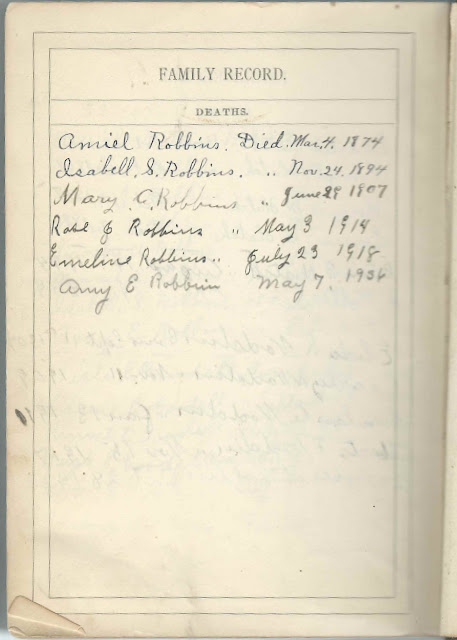 An end paper adjacent to the Deaths page above contains the death dates of Amy's husbands: Charles Hatch; Bion B. Hatch; and John Walter Sears. 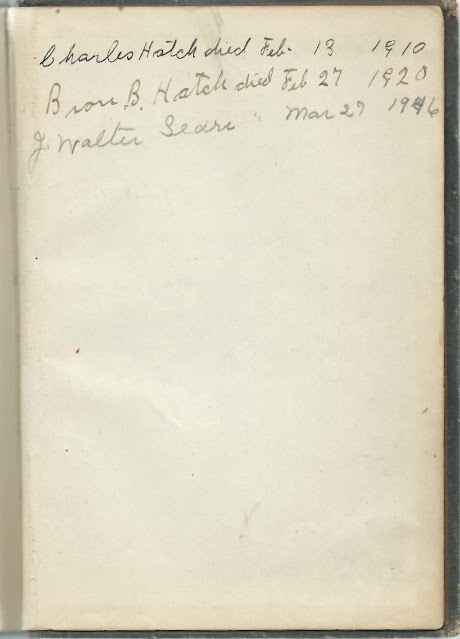 From online research, hopefully correct:  [corrections and additions welcome, but be discreet in the case of people who may still be living]

Refer to the pages above for information on the children of Amy's two daughters with first husband Charles Hatch.  If you have corrections and/or additions to the information above, please leave a comment or contact me directly.  Be careful about leaving information about people who may be living.

Posted by Pam Beveridge at 3:15 PM