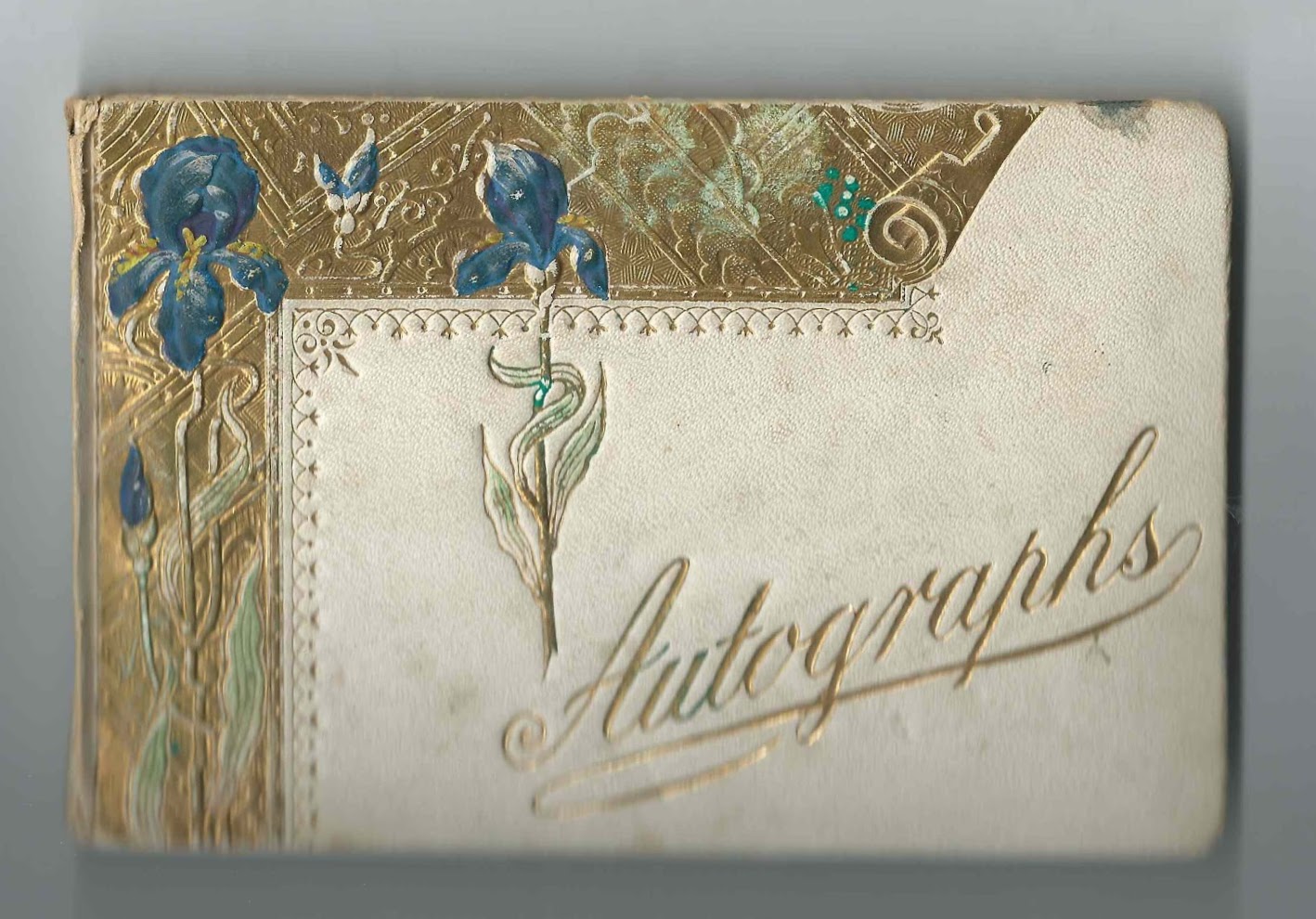 1904-1910 autograph album that belonged to Dorothea A. Scott of Brooklyn, New York, and later, Montvale, New Jersey.  Her father, James Edward Scott, was a well-known Sea Captain and Steamship Captain from Nova Scotia.

Many of the signers pasted photographs of themselves to the pages they inscribed.  The signers lived in Nova Scotia, New Jersey, New York, Massachusetts and Connecticut; refer to the list at the end of this post.

The album was given to Dorothea, "Dorothy", at Christmas in 1904 by her Sunday School teacher Lulu Schall.   Lulu wrote "Christmas 1905" but she later inscribed a page on December 29, 1904, and many people inscribed pages in 1905 before December, so I'm assuming that she meant "Christmas 1904". 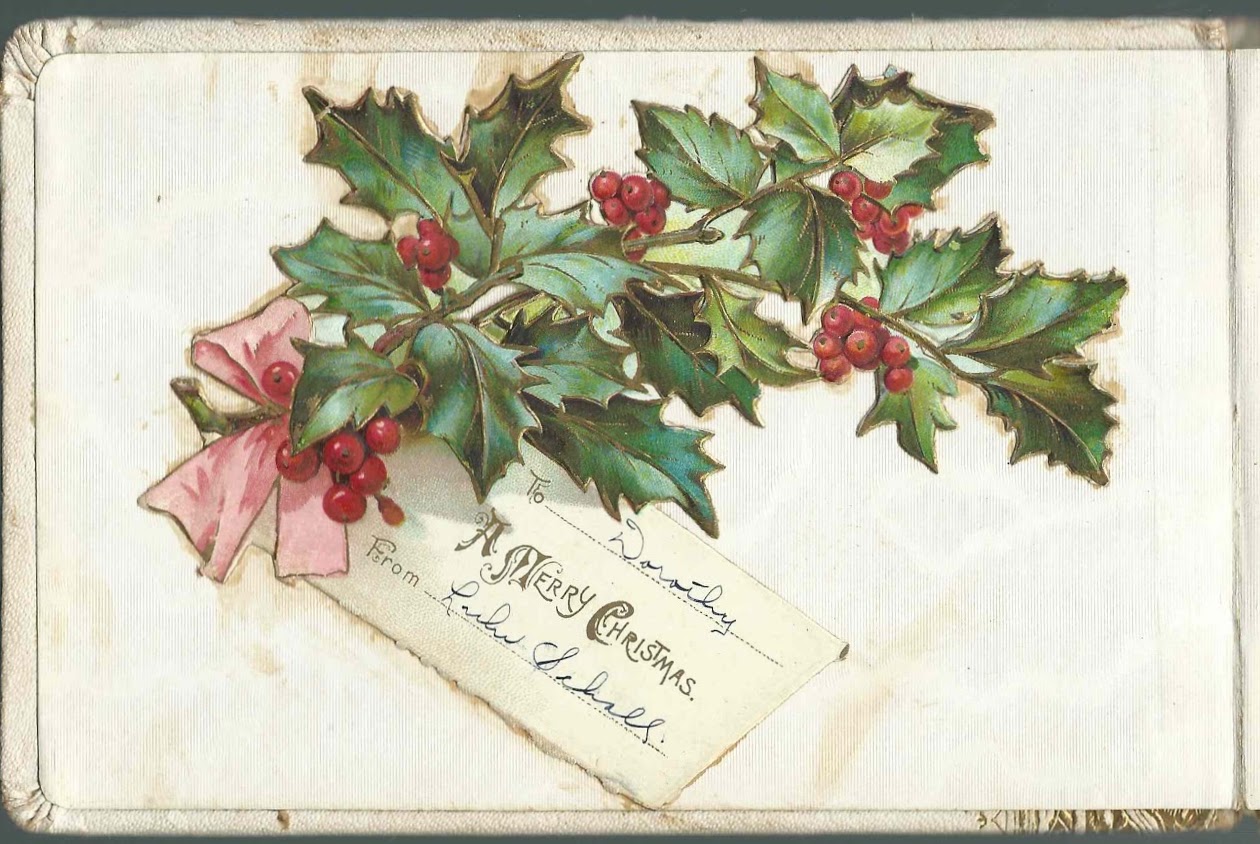 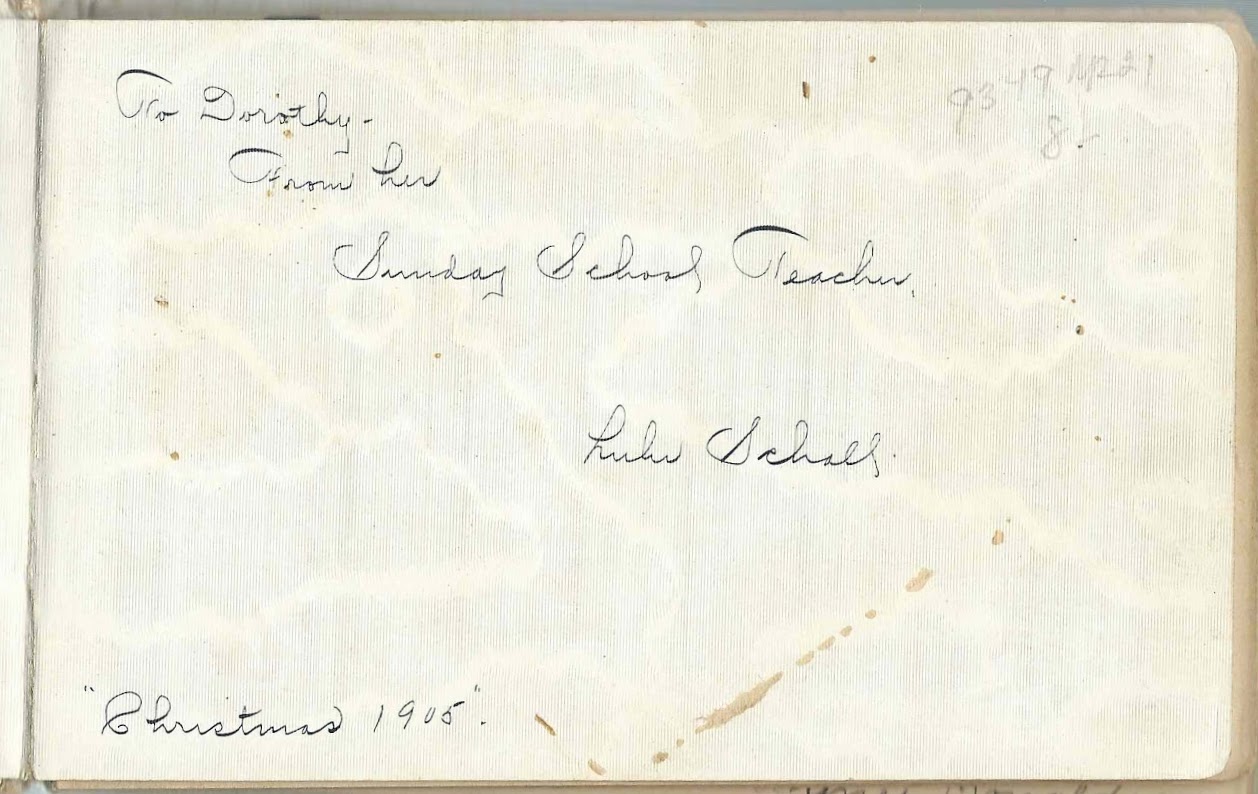 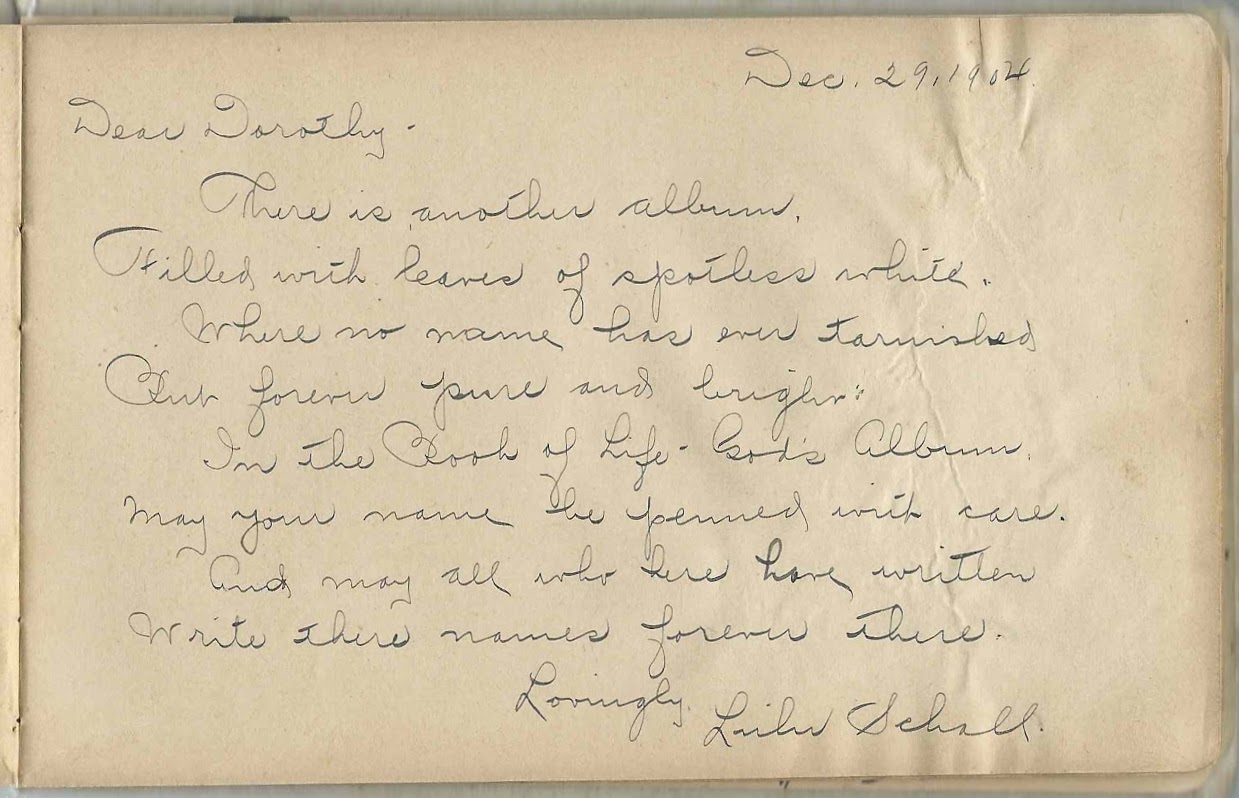 The album measures approximately 6-1/2" x 4-1/4" and contains the sentiments of about 60 of Dorothea's relatives, friends and schoolmates.  I believe some of the later schoolmates were with Dorothea at a Normal School.  An alphabetical surname list and an alphabetical list of the signers, together with any personal information they offered and noting any photographs, appear at the end of this post.

Dorothea herself inscribed a page of welcome to her future well-wishers and included a photograph dated June 12, 1907. 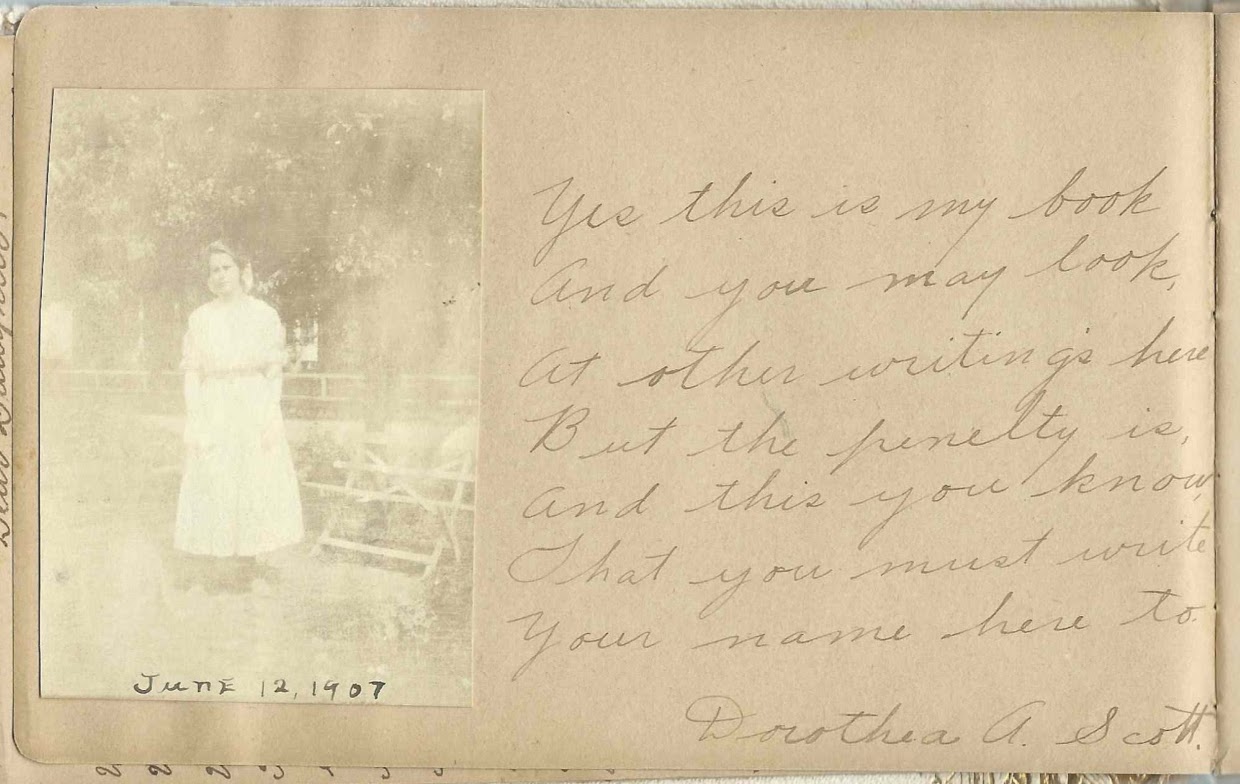 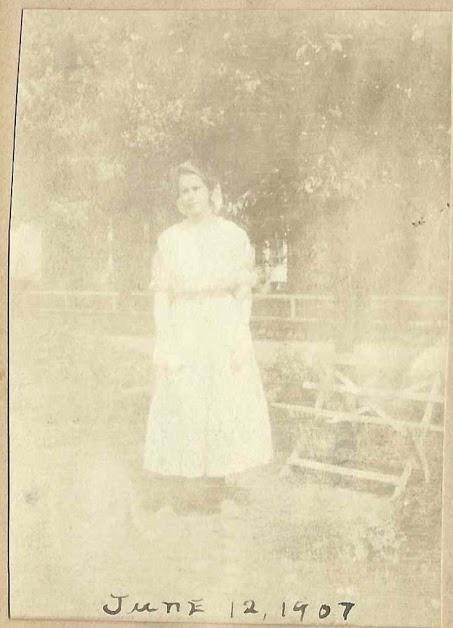 The inside back cover has a painting of a girl with long blond hair; could it have been a self portrait? 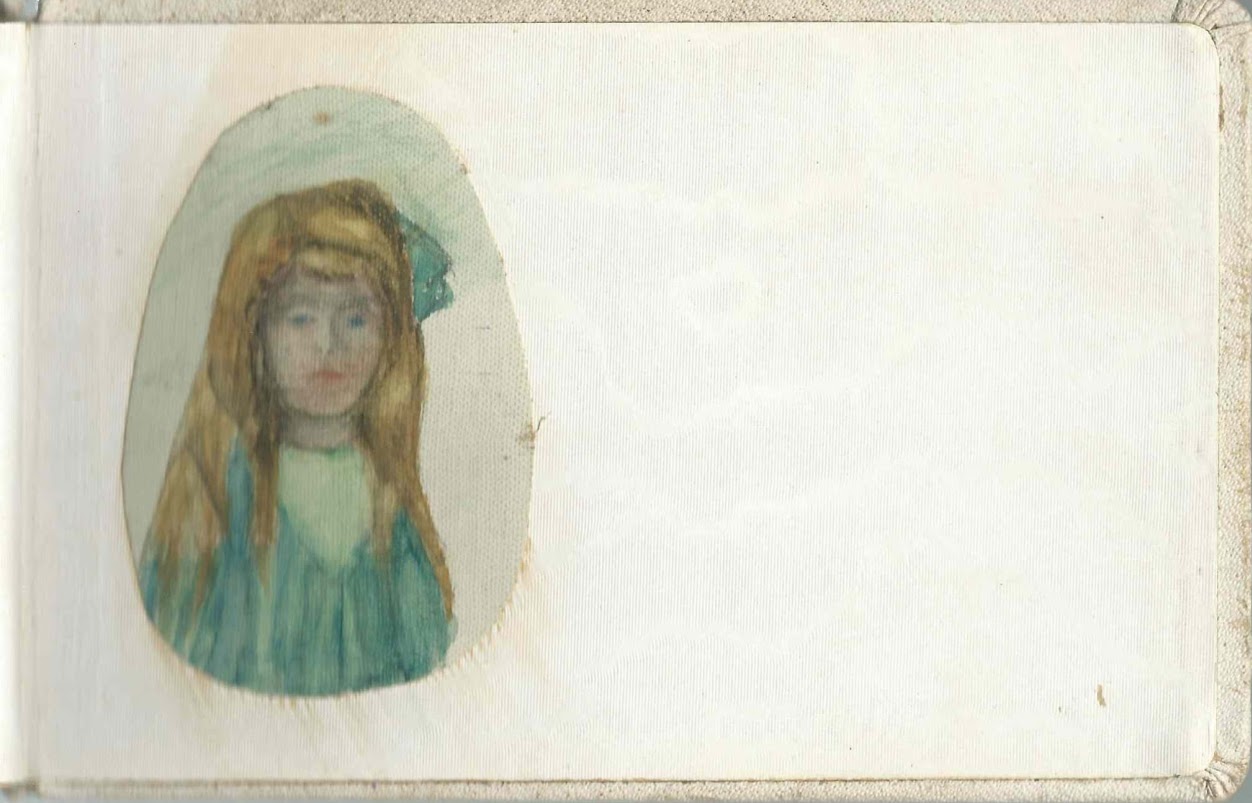 Dorothea A. Scott was born June 24, 1894, in New York, at Brooklyn, I believe, the daughter of James Edward Scott and Adelaide May (Gowen) Scott, who were natives of Yarmouth, Nova Scotia.

There's a page that follows the format of a regular sentiment but I believe it was made to look as though it was inscribed by Dorothea's father, who had perhaps died by the time Dorothea thought of including him in her album.  His name and address were cut from other documents or letters and pasted on the page, along with a photograph.  A Find-A-Grave entry for James and Adelaide includes an obituary for James and describes his family, career and final illnesses.  Note that the Scott's address in Brooklyn, New York was 726 President St. 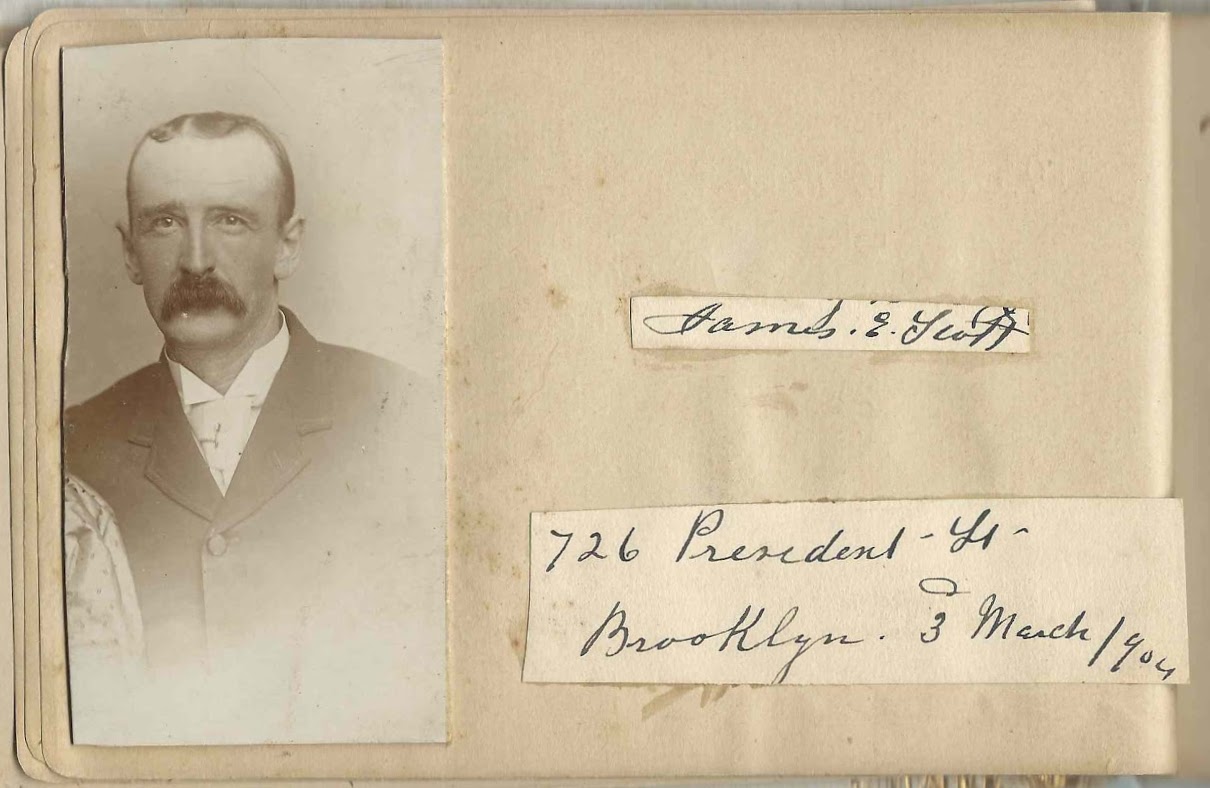 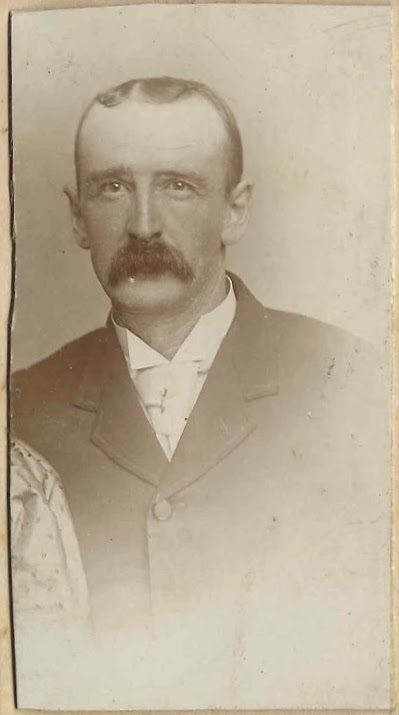 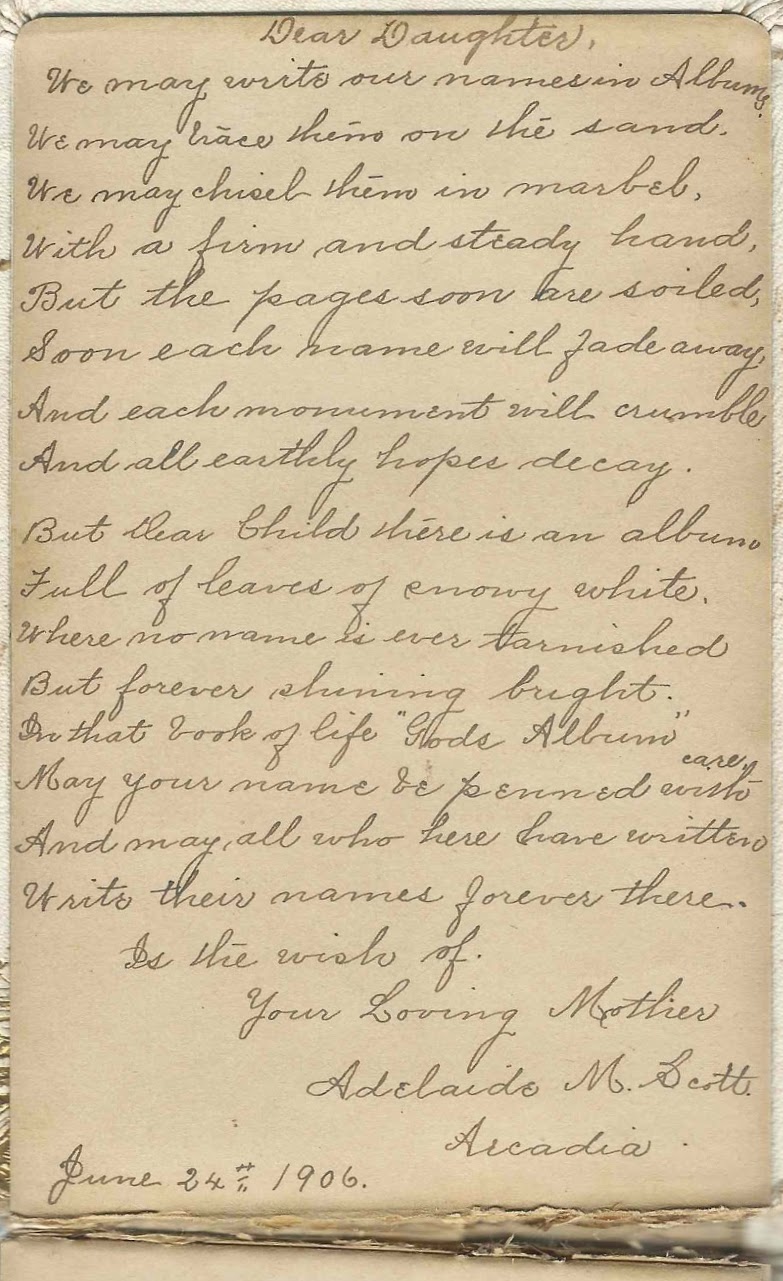 Dorothea had at least four siblings, one of whom, her oldest brother Ellery Balfour Scott, inscribed a touching page on January 28, 1905. 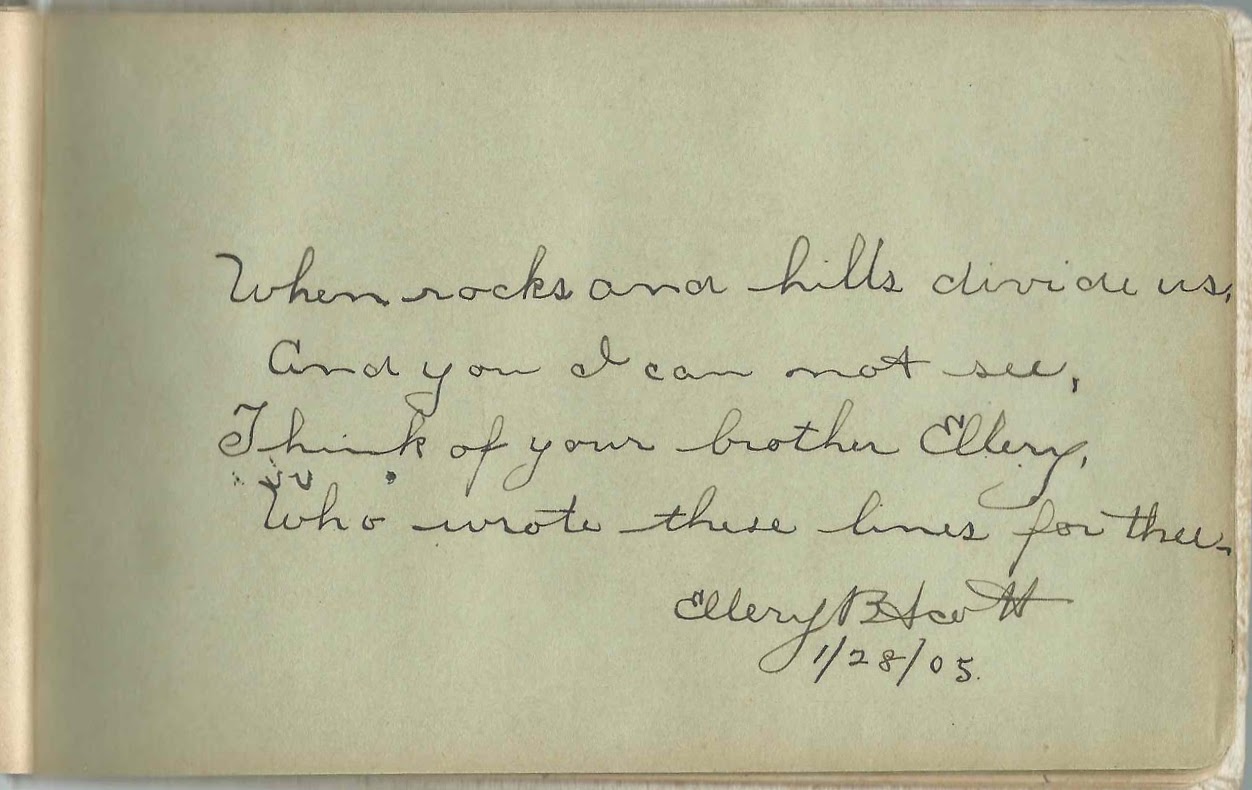 Other relatives who inscribed pages include:  [and there are likely more who didn't specify a relationship; refer to the list at the end of this post.]
After Normal School, Dorothea became a teacher and eventually a principal.  I found her living with her mother in the 1930 Census of Montvale, New Jersey.  The 1940 Census of Montvale shows Dorothea living alone and working as an elementary school principal; her mother had died the previous year.  Dorothea died in 1984.


Signers in the Album        [Note: Given names within a specific surname may not be in alphabetical order.]