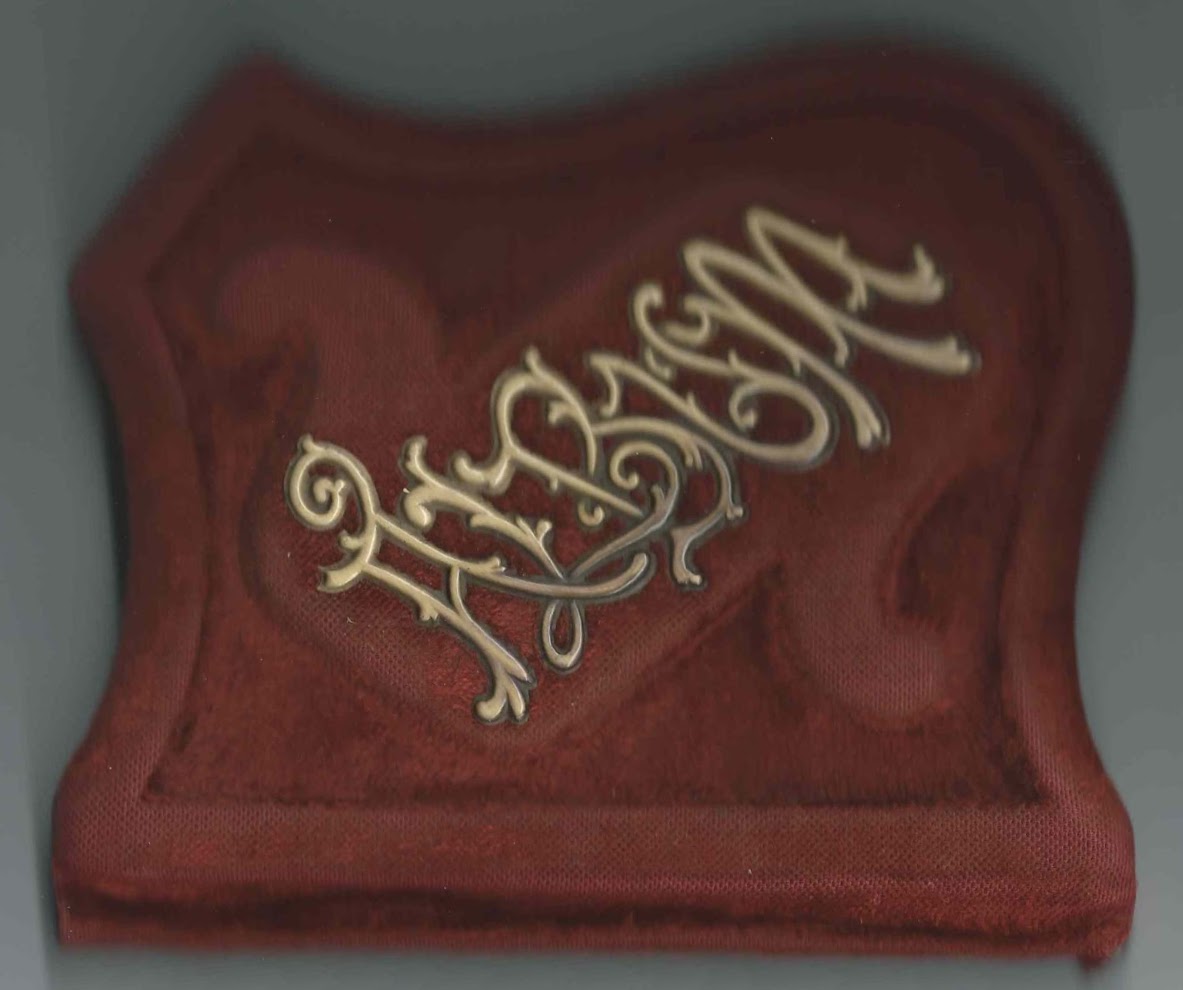 She may have been Maggie George, perhaps Margaret George (1876-1915), daughter of Peter and Susannah (Shull) George, who would become the second wife of Charles Farster in 1905.  Margaret is buried at the Whitesburg Presbyterian Cemetery in Armstrong County, Pennsylvania.

Interestingly, one signer's name may have been Mellie Shull.  Another clue: Several signers with the surname Heckman indicated they were Maggie's cousins.

The inside front cover has a postage stamp sized photograph of a young man affixed, with, sadly, no identification. 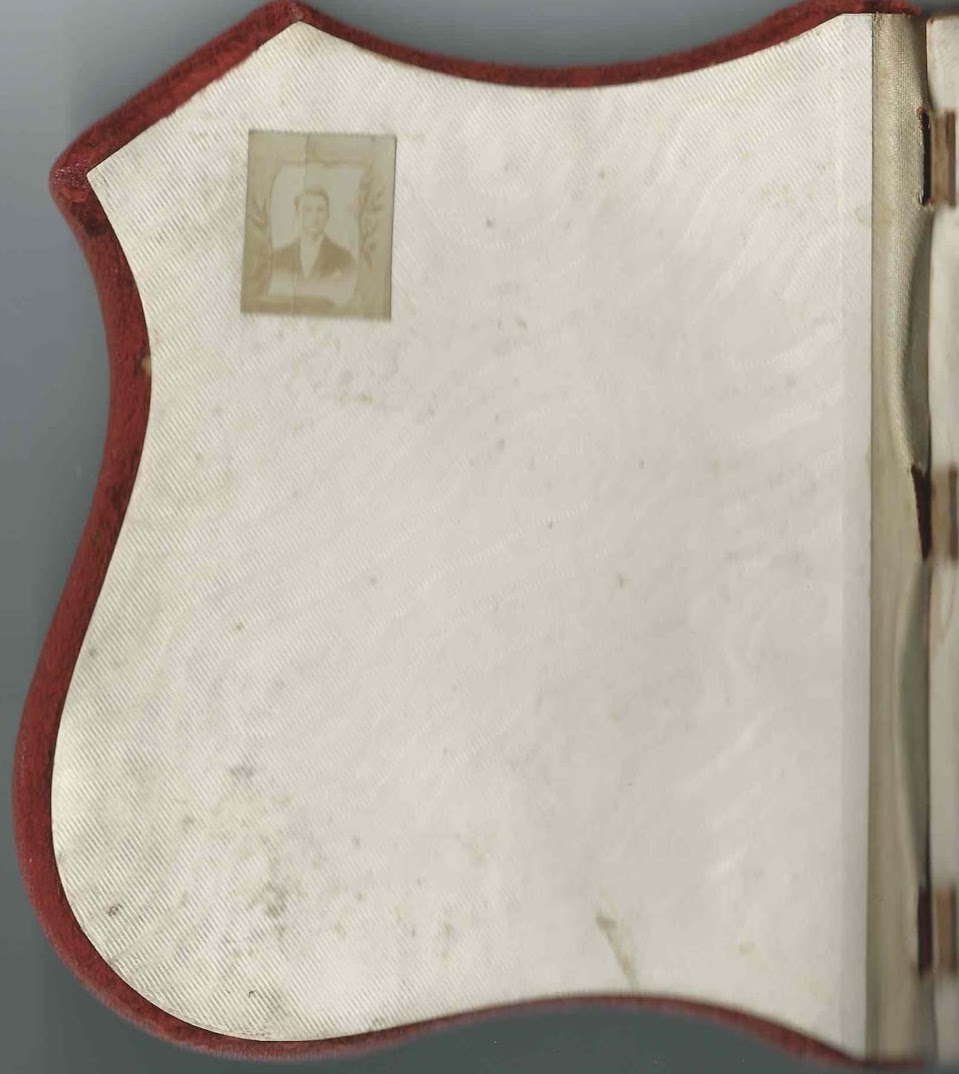 Another photograph, of a middle aged man, is tucked inside, by the page inscribed by Maggie's cousin Susie Heckman on July 23, 1892.  Whether the photograph has any relationship to Susie or not, I don't know.  It might have fallen out of the album at some point and been tucked back in randomly. 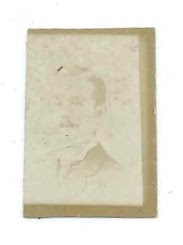 The album measures approximately 6" x 5-1/4" at its widest points and has thick covers with an embellishment on the front.  It contains 15 sentiments left by Maggie's mother, her father or brother [I think], several cousins and friends.  An alphabetical surname list and an alphabetical list of the signers, together with any personal information they offered, appear at the end of this post.

Most of the pages, whether they contain a sentiment or not, are decorated with Victorian scraps.

I'm hoping that a reader will use the clues inside the album to tease out Maggie's identity.  Her mother, who didn't give her name, inscribed a page in the album on January 23, 1891.

The P. S. or D. S. George who inscribed a page on January 25, 1891 may have been Maggie's father or brother, if I'm interpreting correctly. 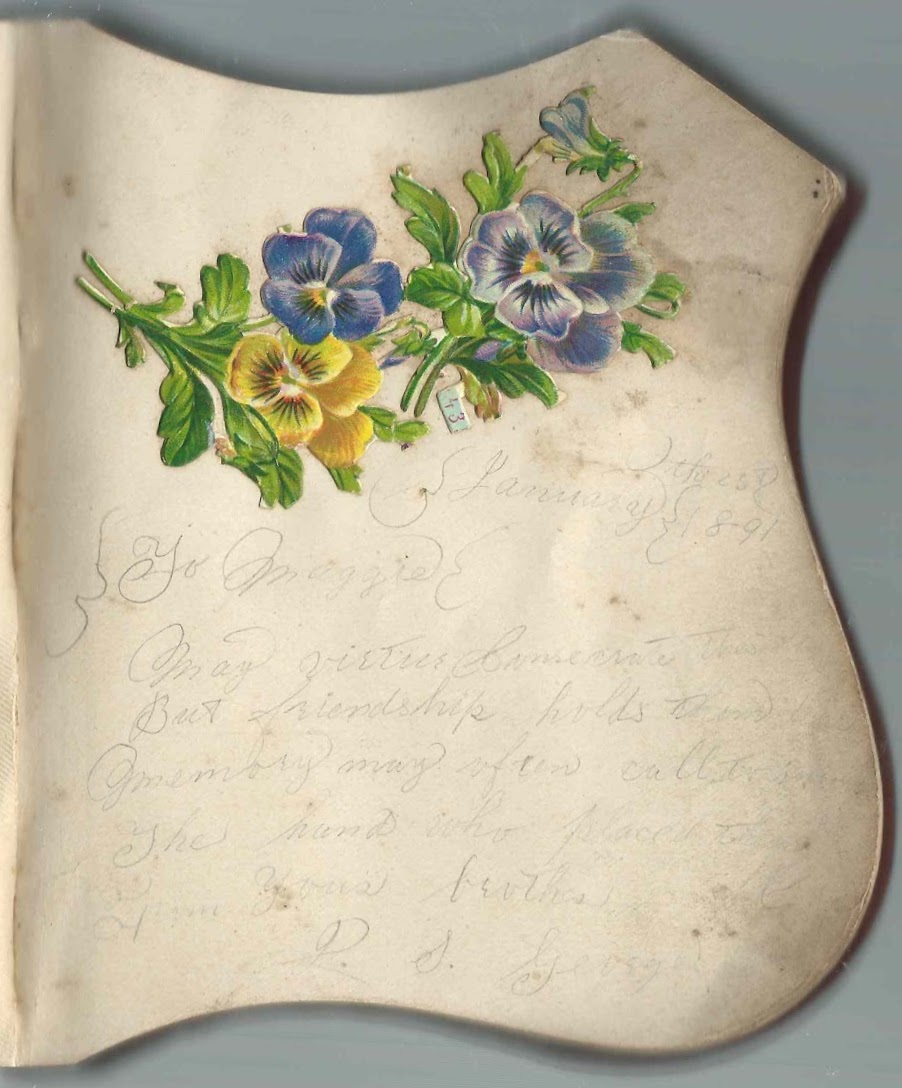 I'd perhaps have determined Maggie's identity if I could have deciphered the given name of the signer with the surname George who inscribed a page at Apollo, Pennsylvania, on February 13, 1891 and indicated an age of 96. 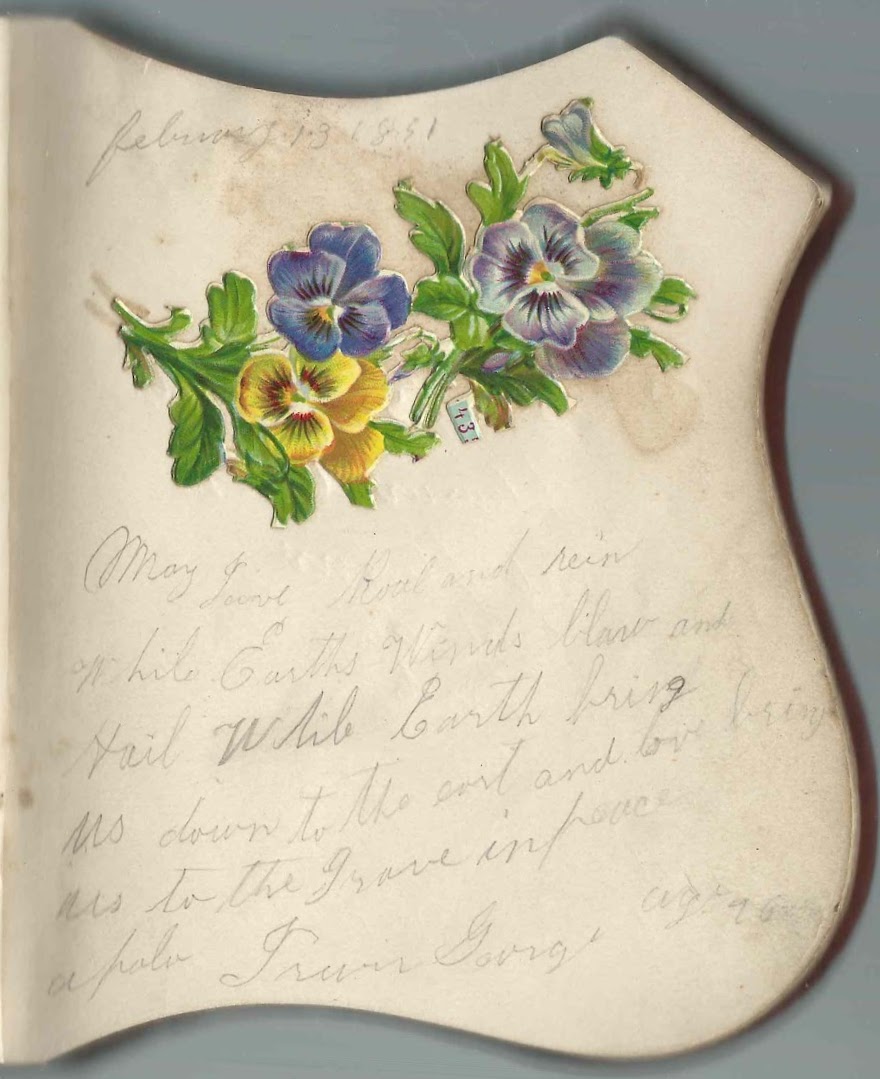 Other people with the surname George were Mrs. Bell George, who also signed at Apollo, Pennsylvania, and Jennie George.

Signers in the Album   [Note: Given names within a specific surname may not be in alphabetical order.]