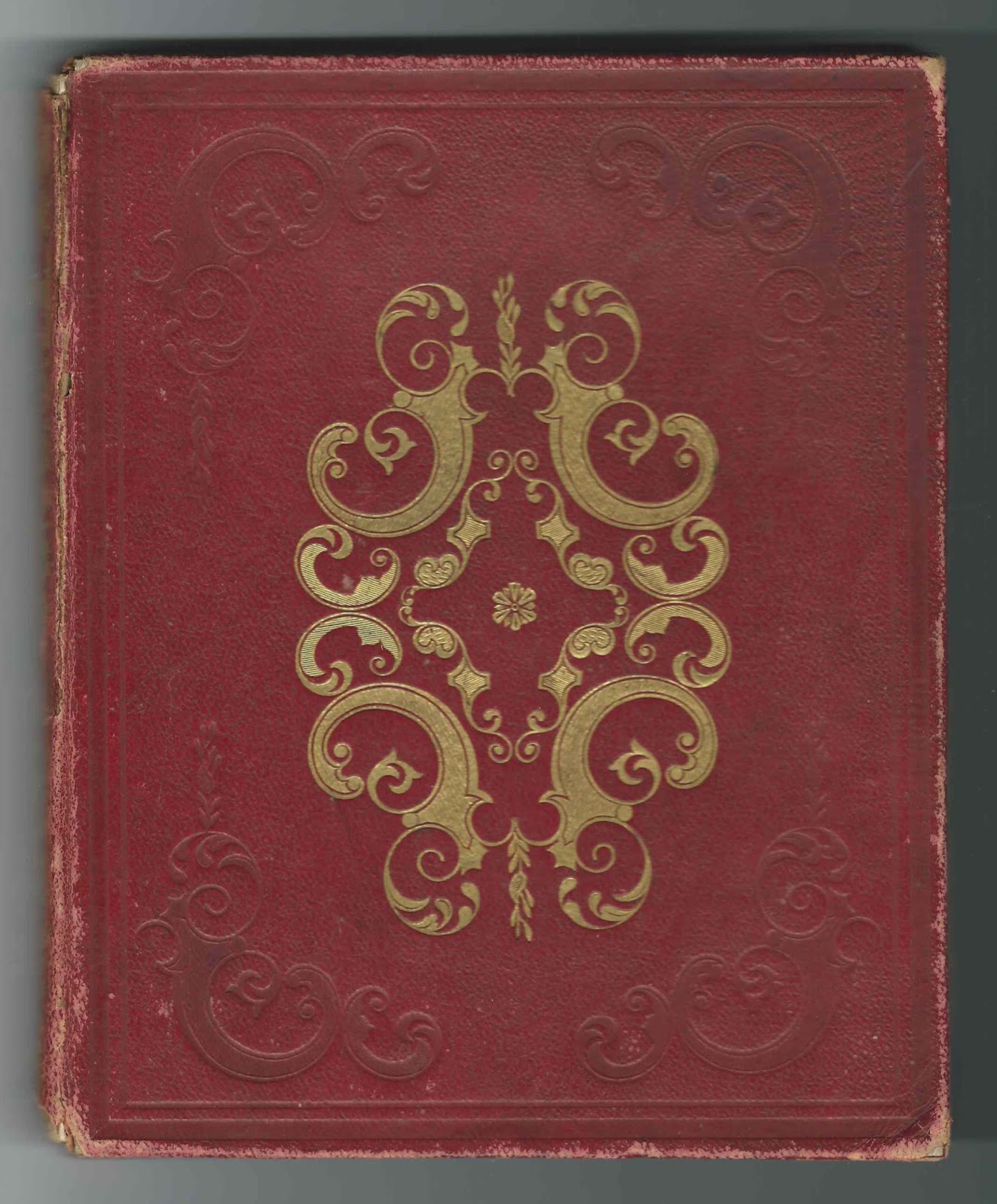 1850-1868 autograph album that belonged to Lois Lewellyn Meriam of Winchendon, Massachusetts, before and after her 1851 marriage to Elbridge Nelson Harris. 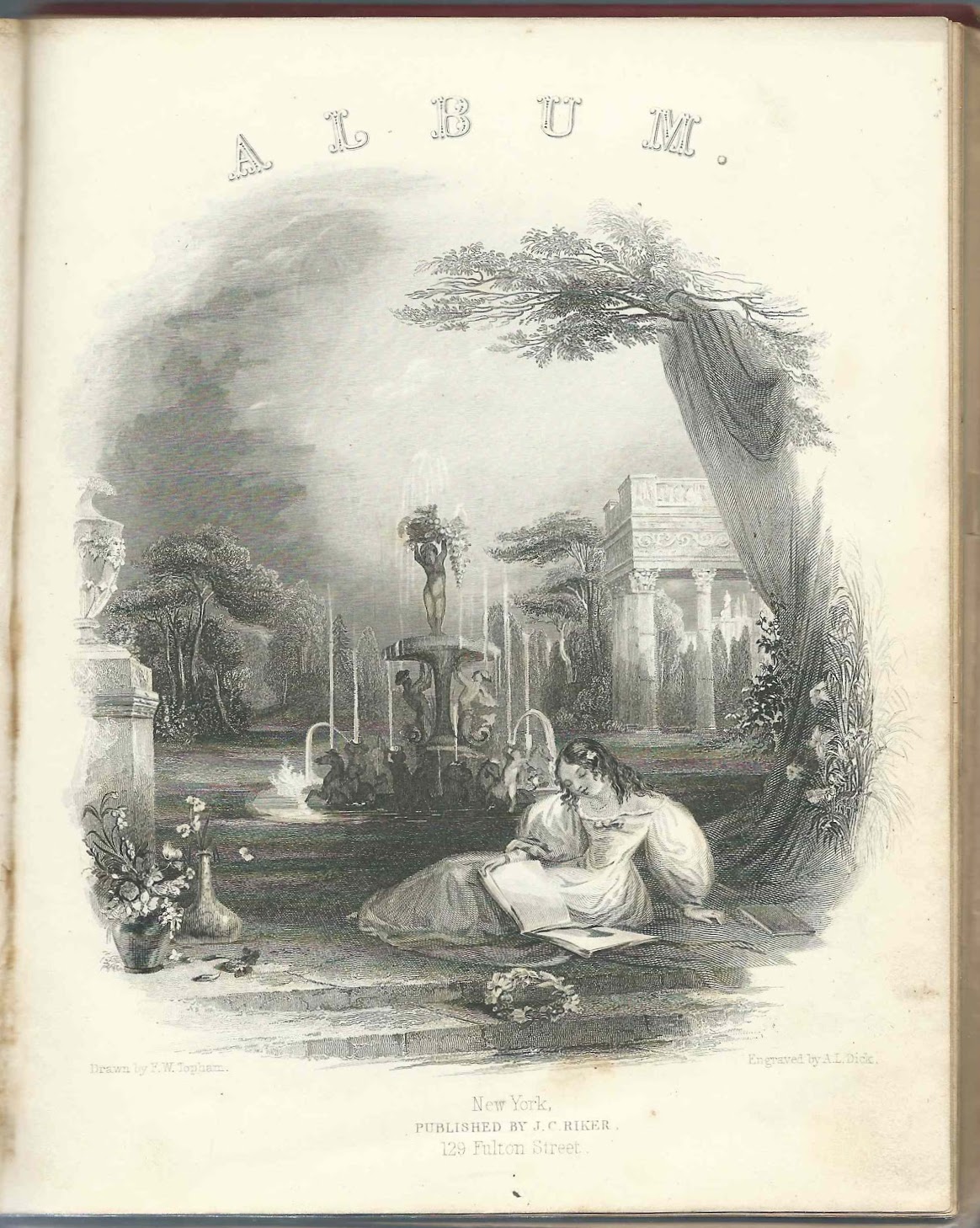 The album, published by J. C. Riker of 129 Fulton Street, New York, measures approximately 7-3/4" x 6" and contains the sentiments of over 20 of Lois Lewellyn (Meriam) Harris' relatives and friends.  An alphabetical surname list and an alphabetical list of the signers, together with any personal information they offered, appears at the end of this post.

The album also contains six small hand-colored floral, fruit and bird designs at the tops of pages that are meant for inscriptions.

Lois Lewellyn Meriam was born August 6, 1828 at Princeton, Massachusetts, the daughter of Joseph and Ruth (Harrington) Meriam.  Many of the pages are inscribed to "Lewellyn", so that is apparently the name she chose to go by. 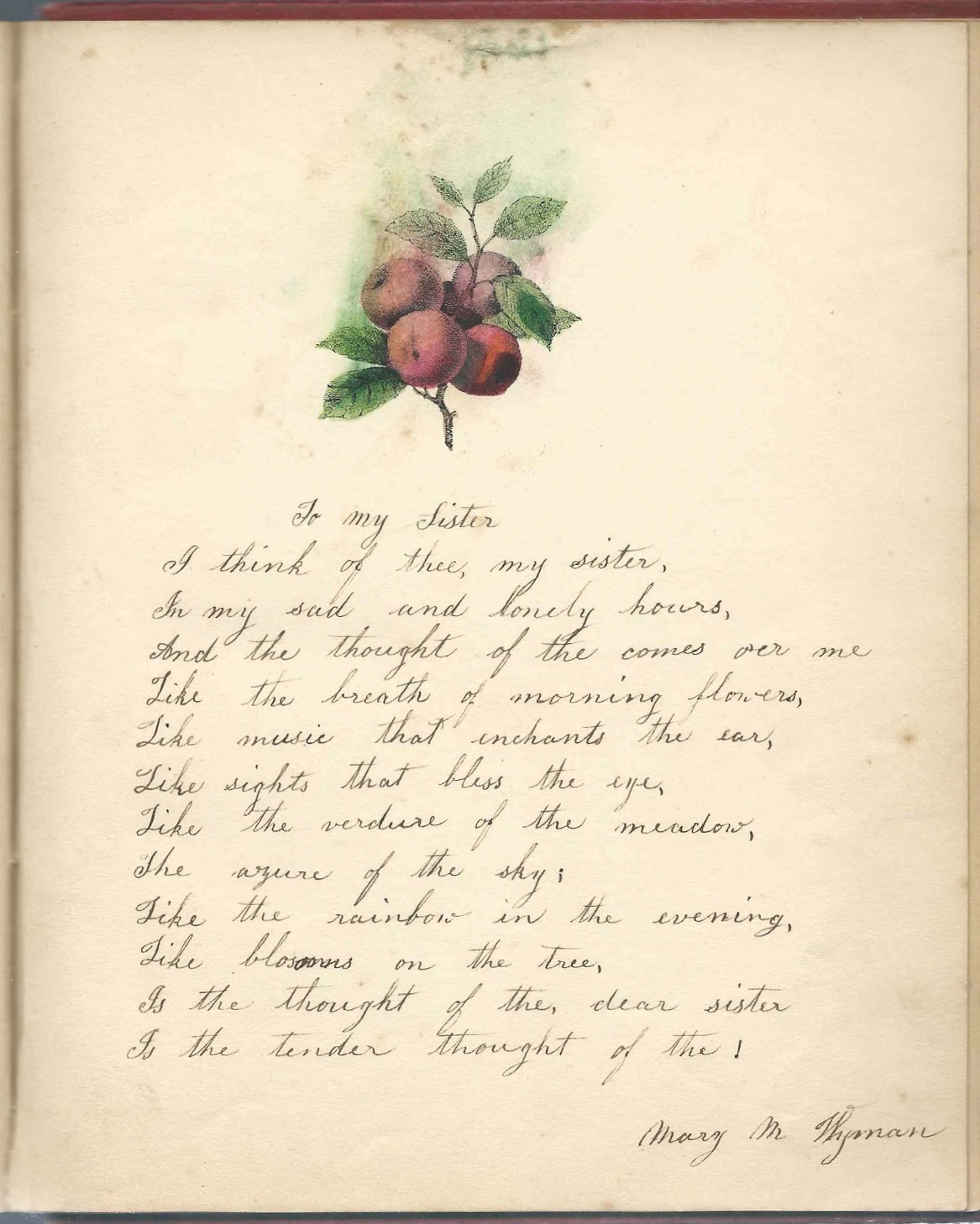 On March 19, 1851, Lewellyn married Elbridge Nelson Harris, son of William Harris, Jr., and Hepsibeth (Flint) Harris.  The N. E. Harris and E. Nelson who inscribed pages in Lewellyn's album were presumably her husband Elbridge Nelson Harris.  One of the sentiments, a two-page sentiment, he entered two dates, one, 1850, before their marriage, and another, 1855, after. 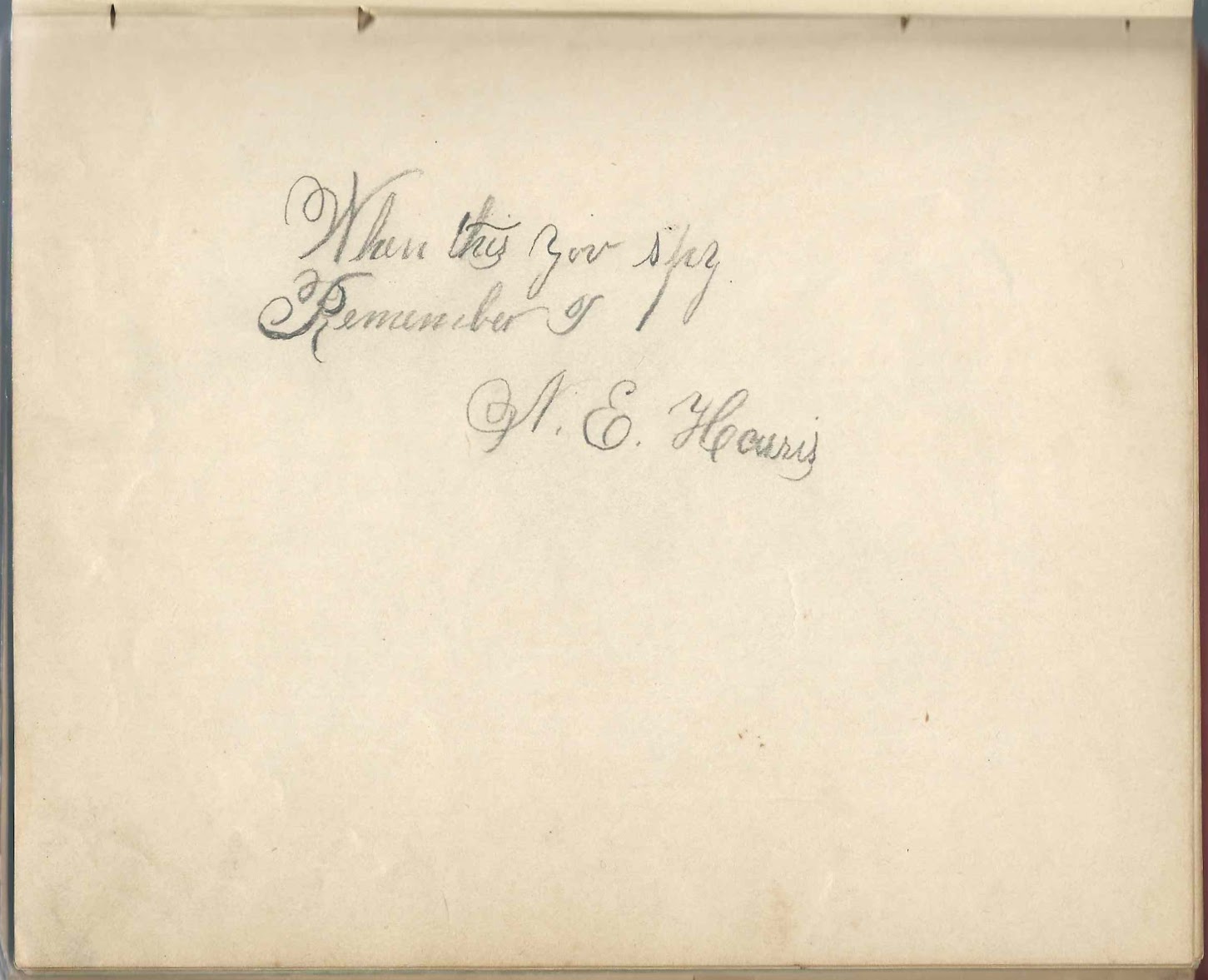 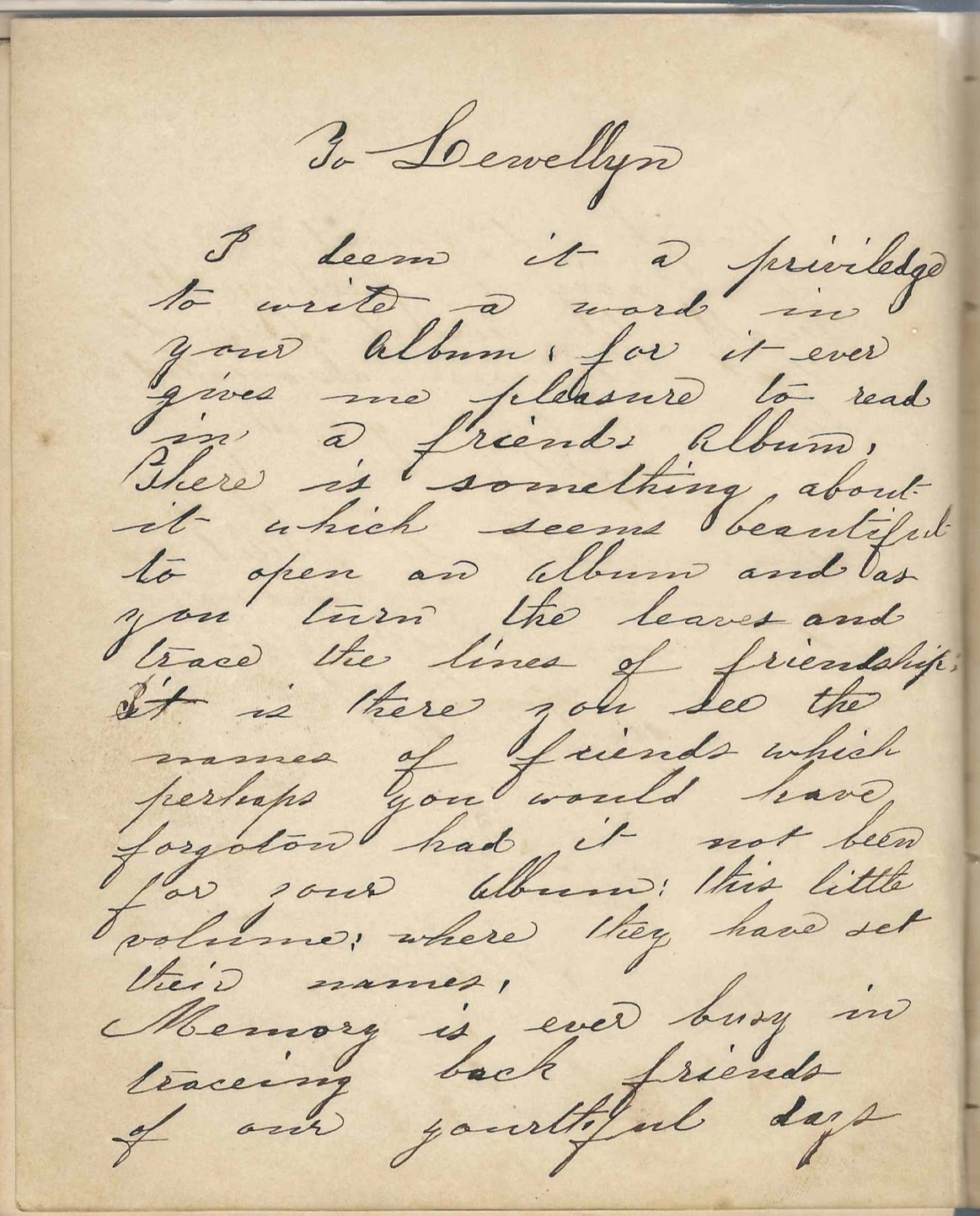 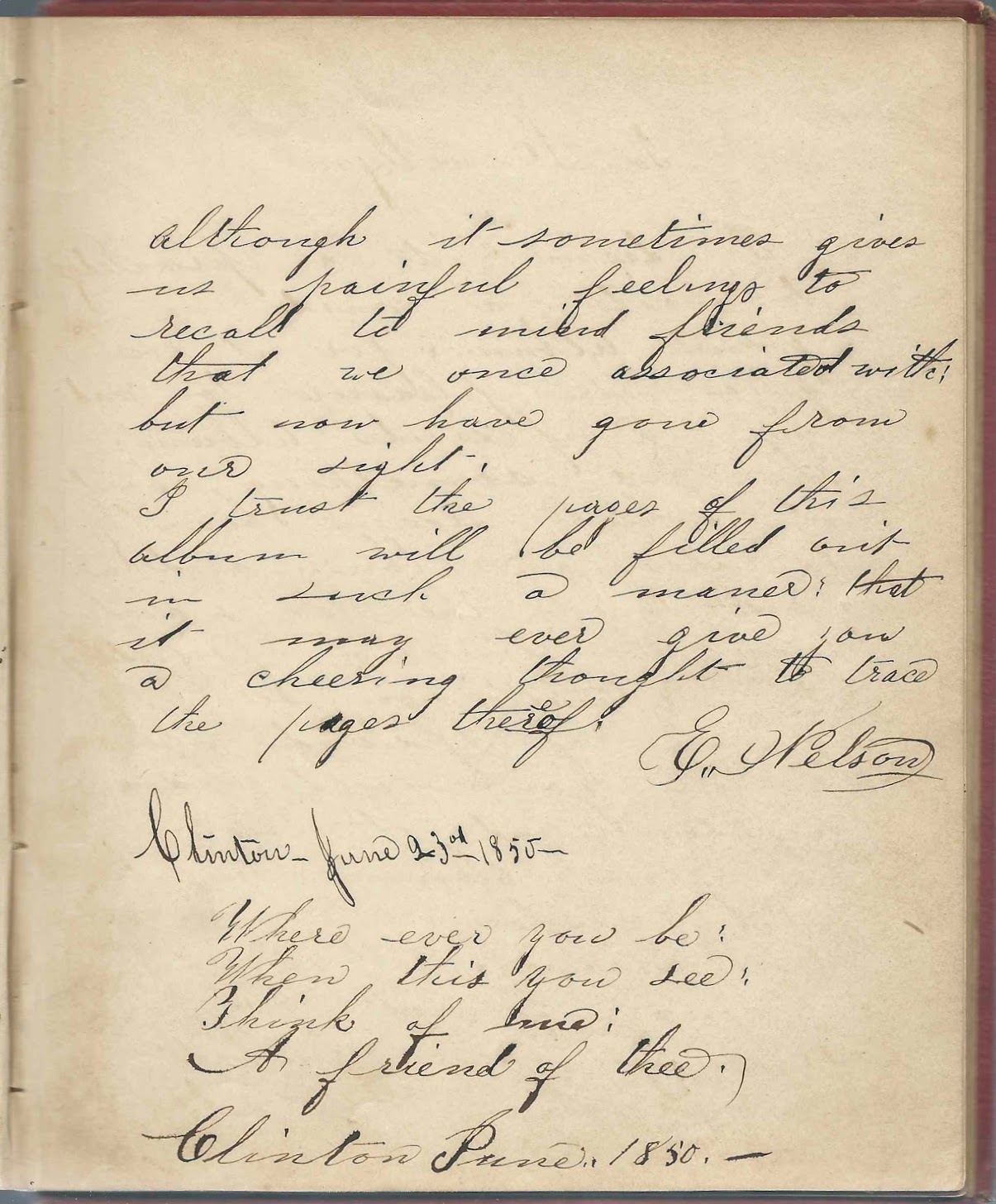 Signers in the Album   [Note: Given names within a specific surname might not be in alphabetical order.]
B
C
D
G
H
L
M
P
R
T
W

Posted by Pam Beveridge at 8:39 AM