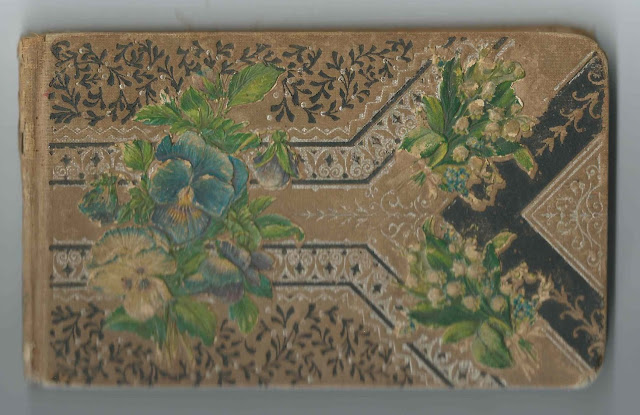 1880s/1890 autograph album that belonged to Jeanette Painter, "Nettie", of Anson, Missouri.  Nettie wrote her name on the title page.  Nettie added married names to many of the pages of her female well-wishers.

Even more touching, on the inside front cover, her grandson wrote a contemporary description of the album and how much it meant to his grandmother - "her most prized possession for as long as she could read".  Interestingly, this same grandson appears to have scribbled on a few pages throughout the album when he was very young, but old enough to make a stab at his name on at least one page. 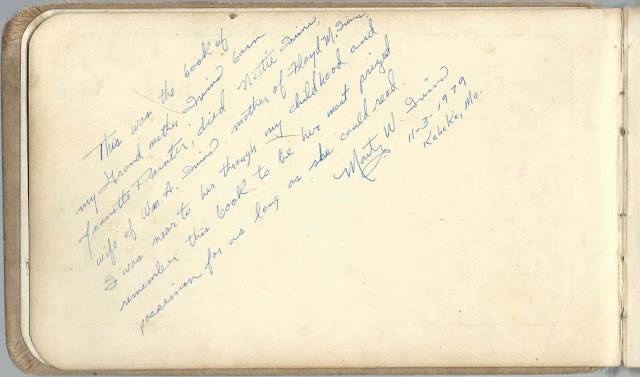 The album measures approximately 7" x 4-1/4" and contains the sentiments of about 90 of Nettie's relatives, friends and schoolmates.  The number is difficult to nail down because some people may have inscribed more than one sentiment, once on an individual page and again on a shared page.  An alphabetical surname list and an alphabetical list of the signers appear at the end of this post.

Jeanette A. Painter, "Nettie" was born about April 1873 in Missouri, the daughter of James Baslie Painter and Elmira (Beckner) Painter.  I believe she had five siblings; two of them, at least, inscribed pages in her album.

Sister Roslee A. Painter inscribed an individual page on December 7, 1885 at Anson, Missouri, and a page shared with Maud Sawyers on October 15, 1885.  She would marry Joseph Harry Druse, several of whose siblings inscribed pages in the album. 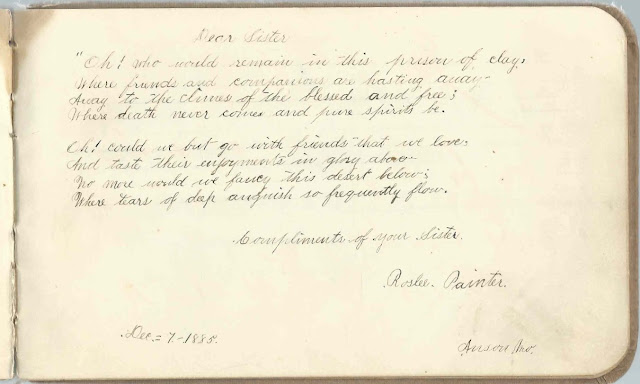 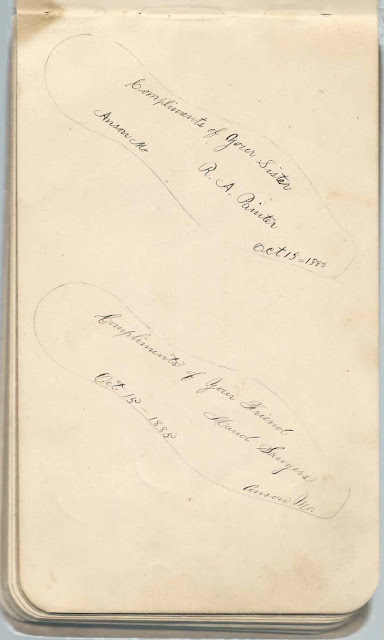 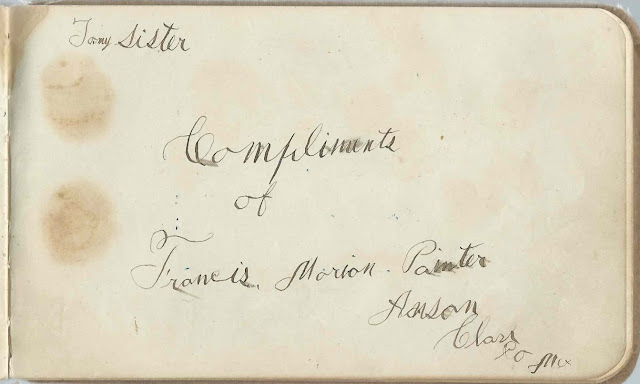 Other relatives who inscribed pages:  [and there were likely more who didn't express a family relationship - refer to the list of signers below] 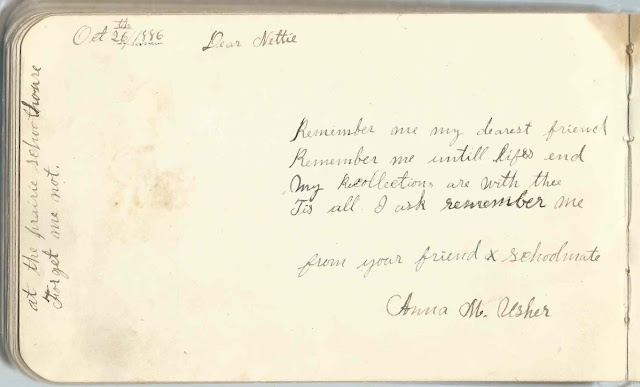 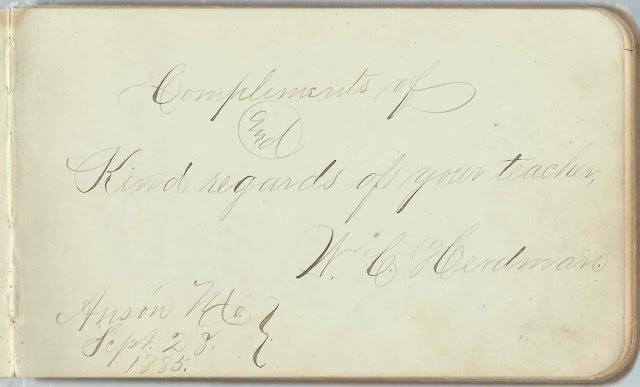 Teacher Josie A. Triplett inscribed on May 18, 1886, and Nettie added the married surname Hickerson.   And, indeed, Josephine A. Triplett married Walter Smith Hickerson on September 18, 1889. 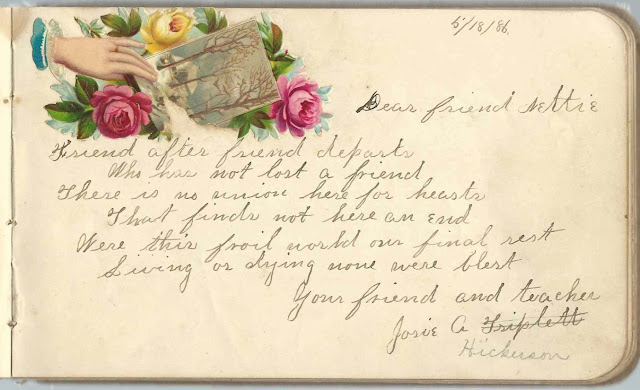 About 1908, Nettie married William A. Ivins, son of Orlando Francis and Mary (Galland) Ivins.  They had one child, I believe, a son, father of Nettie's grandson who wrote on the inside front cover.  Nettie died in 1956; her husband William had predeceased her in 1936.  They're buried at the Revere Cemetery in Revere, Missouri.

Signers in the Album     [Note: Given names within a specific surname may not be in alphabetical order.]
B
C
D
F
G
H
I
K
L
M
N
P
R
S
T
U
W