1880s-1934 Autograph Album of Alice Clark of Everton, Missouri, from before and after her marriage to Thomas Courtney

1880s-1934 autograph album that belonged to Alice Clark of Everton, Missouri, from before and after her marriage to Thomas Courtney.

Alice didn't inscribe an ownership page or welcome page, but she might have written the page below, which appears near the end of the album. 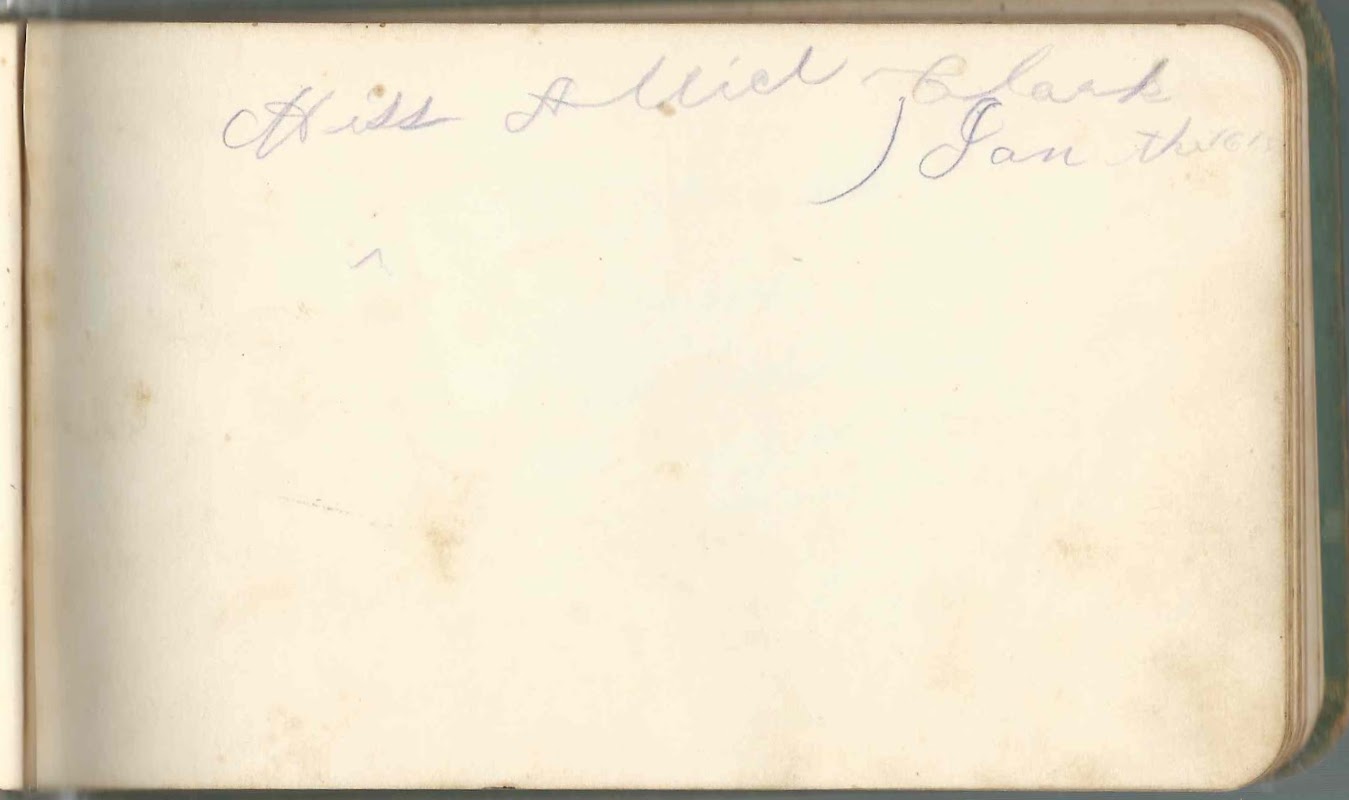 The album measures approximately 7" x 4-1/4" and contains the sentiments of 23 of Alice's relatives and friends.  An alphabetical surname list and an alphabetical list of the signers, together with any personal information they offered, appear at the end of this post.  Illustrations are interspersed throughout the album.

Alice Clark was born October 11, 1870 in Illinois, the daughter of Illinois natives John H. Clark and Martha M. (Cole) Clark.  By 1880, the family was living at Polk, Missouri, in Dade County.  Everton is also in Dade County.

Alice's brother George William Clark inscribed several pages in her album, such as this one on January 3, 1886. 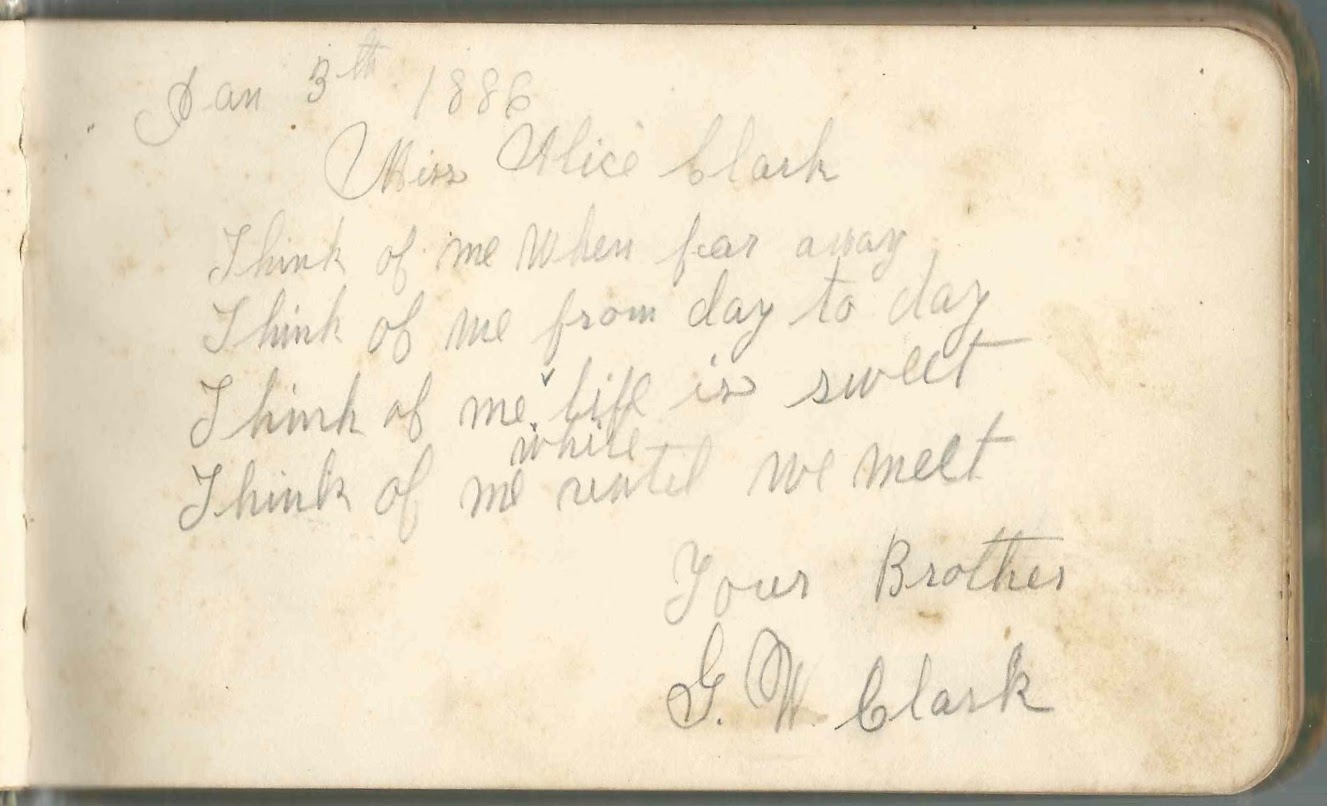 On 22 January 1890, Alice became the second wife of Thomas Courtney, a Pennsylvania native, whose first wife Mary Ann (Green) Courtney had apparently died.  Thomas had two children from his first marriage, Charles M. Courtney and Jessie V. Courtney.  I don't believe Thomas and Alice had any children together.

At some point the album resurfaced and was signed by Alice's step niece, Belle Courtney on August 13, 1891.  She was presumably Gladys Belle Courtney, daughter of Thomas' brother Charles Ferdinand Courtney.

At some point the album resurfaced again and was signed by Alice's step great grandson, Cecil Courtney Neil on December 29, 1934.  He gave his birth date and mentioned the "October's Bright, bright Blue Weather".

Thomas Courtney died in 1940 and Alice (Clark) Courtney in 1957.  They're buried at the Fasken Cemetery at Carthage, Missouri.


Signers in the Album     [Note: Given names within a specific surname may not be in alphabetical order.]

Posted by Pam Beveridge at 4:59 PM