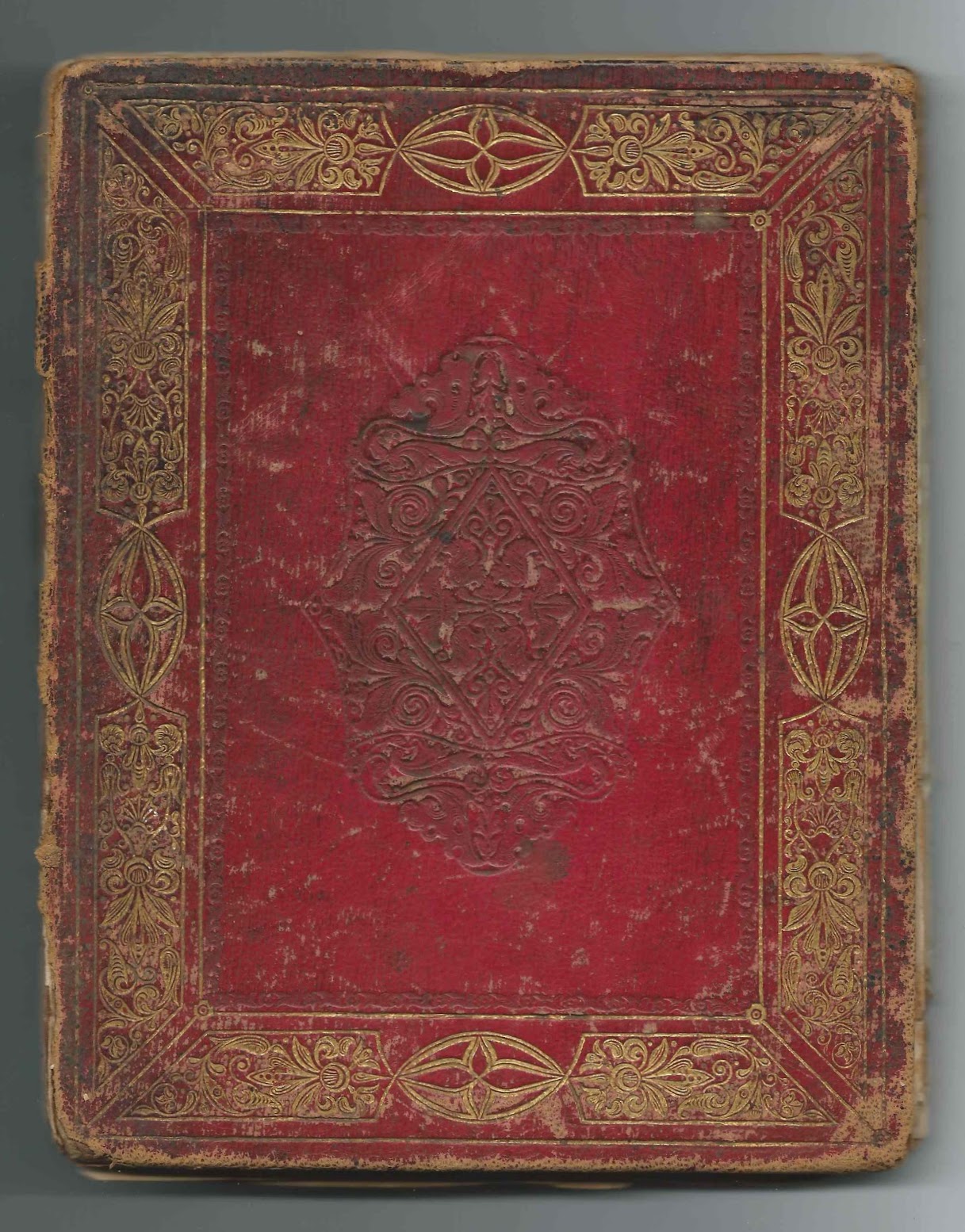 1838-1842 autograph album that belonged to Mary L. Woods, possibly of New York City, as three signers gave "New York" as their residence or place of inscription.

Warren inscribed a page near the end of the album on February 11, 1838.  And he was likely the Warren T. who inscribed another page.

The album, published by J. C. Riker of New York, is in fair to poor condition and mostly unbound.  It measures approximately 7-3/4" x 6-1/4" and contains six engravings and about 55 inscribed pages.  Several people inscribed more than one page.

An alphabetical surname list and an alphabetical list of the signers, together with any personal information they offered, appear at the end of this post.  The album is a frustrating one with ornate initials, pet names, and names that could have several different interpretations, some of which I'm sure I deciphered in error.  If something sounds familiar to you, let me know, and I'll add the image.

I haven't determined Mary's family.  She may have married the John Blair who inscribed several pages, as one page bears the name Mrs. Mary Louisa Blair, though that Mary may not have been the album owner.  John Blair inscribed a two-page sentiment, in addition to others. 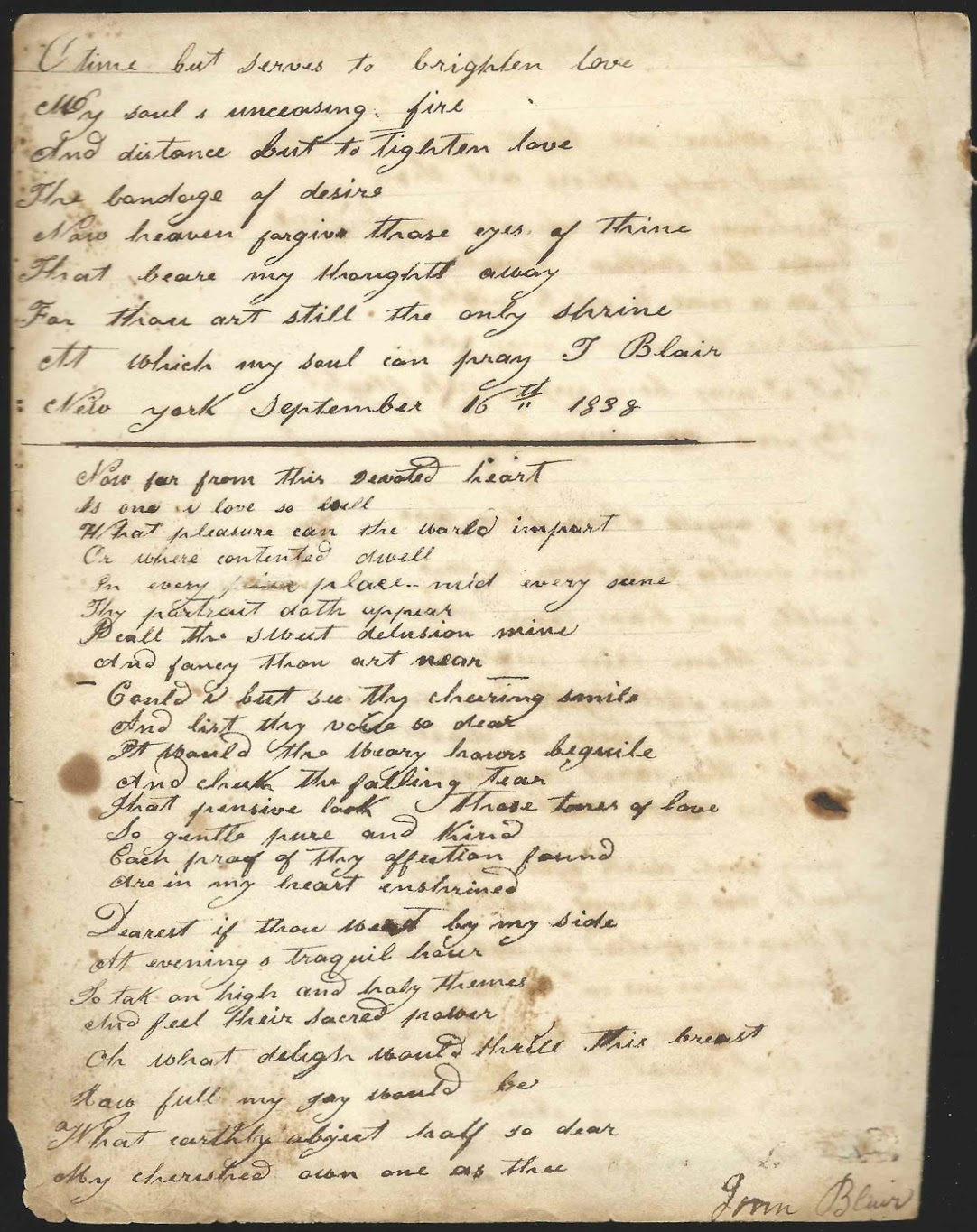 Two pages appear to have been written by Mary's sibling, but neither page shows a name.

One page was inscribed by a Rosevelt, possibly T. Rosevelt or J. Rosevelt, on February 18, 1838.

Surnames in the Album  [Some may be the same person repeated.]


Signers in the Album     [Note: Given names within a specific surname may not be in alphabetical order.]
A
B
C
D
G
H

Posted by Pam Beveridge at 8:58 AM