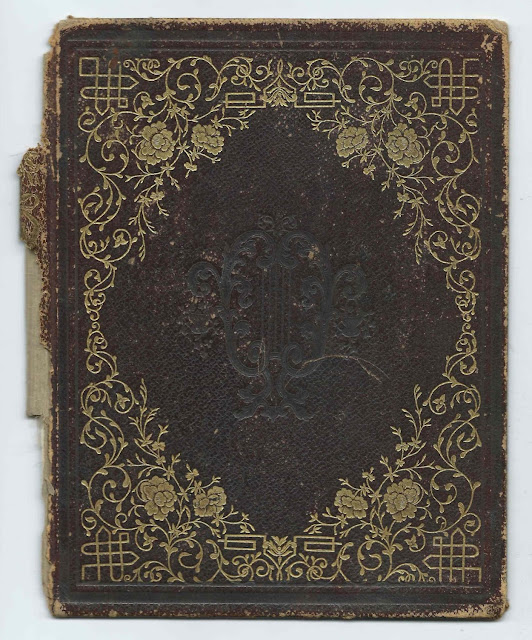 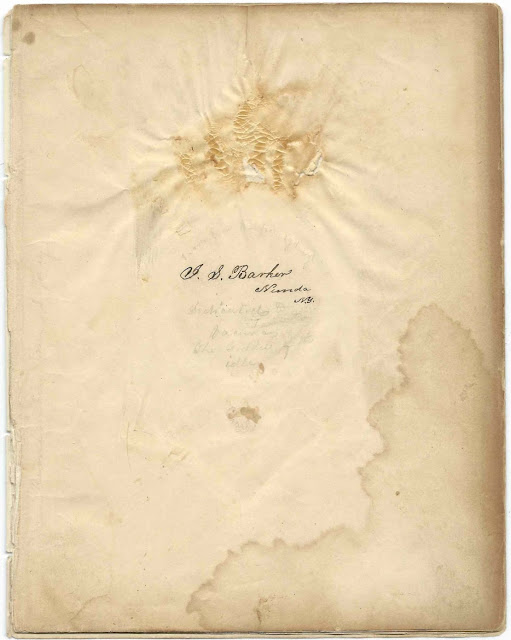 Julia wrote a page in her album.

The album, mostly unbound, measures approximately 7-3/4" x 6-1/4" and contains the sentiments of over 50 of Julia's relatives and friends, some of whom were apparently guests or workers at the spa known originally as "Our Home on the Hillside" when it was founded in 1858 by Dr. James Caleb Jackson.  Some referred to the spa as "Hillside House".

The album was printed by J. C. Riker of New York and has two hand painted illustrations, in addition to that on the title page below. 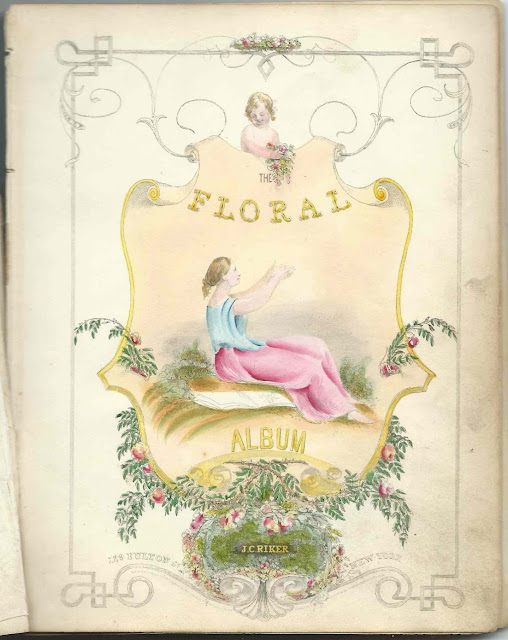 Julia Sophia Barker was born May 7, 1839 at Nunda, New York, the daughter of Amos and Sophia (Tracy) Barker.  Julia had at least six siblings, at least two of whom inscribed pages in her album.  Brother James Stebbins Barker of Nunda, New York, signed a page on March 12, 1860. 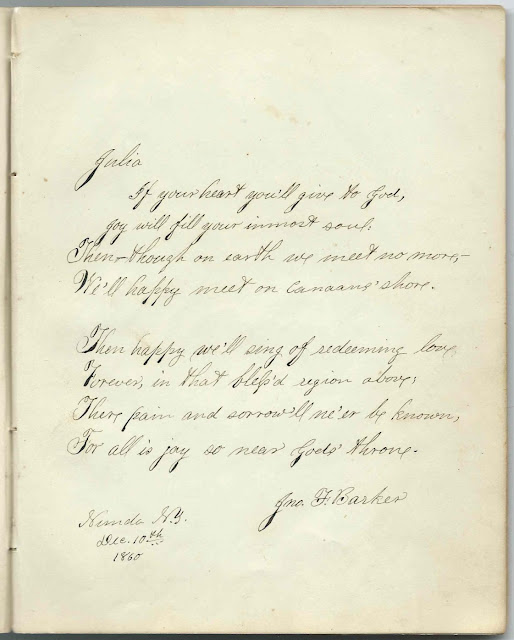 John and Julia had, I believe, four children, at least one of whom died young:

The family eventually moved to Illinois.  Julia died there in 1908 and John in 1918.

Other signers who expressed a family relationship [and there may have been more who didn't specify a relationship - check the list below.]
Signers with the surname Barker, not already mentioned:
Another signer with the surname Merrick was Julia Merrick, who inscribed a page at Nunda, New York, on October 25, 1860.  I believe she was the daughter of John Alonzo Merrick's older brother Delos Merrick.

Signers in the Album    [Note: Given names within a specific surname may not be in alphabetical order.]
B
C
G
H
K
L
M
O
R
T
W