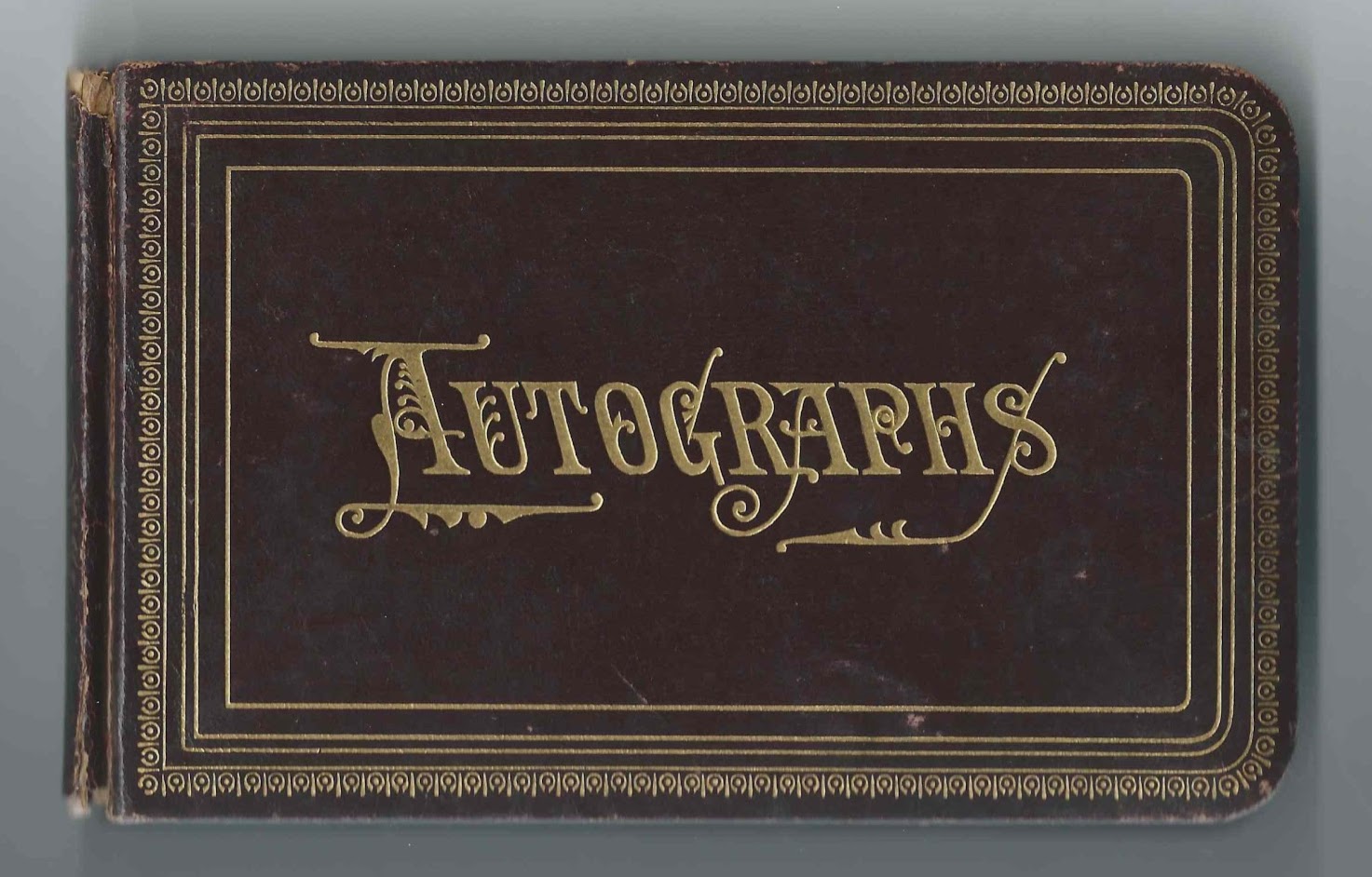 1882-1896 autograph album that belonged to Lenita Sarah White, or Sarah Lenita White, of Fortsville, New York.  She inscribed a page to her future well wishers. 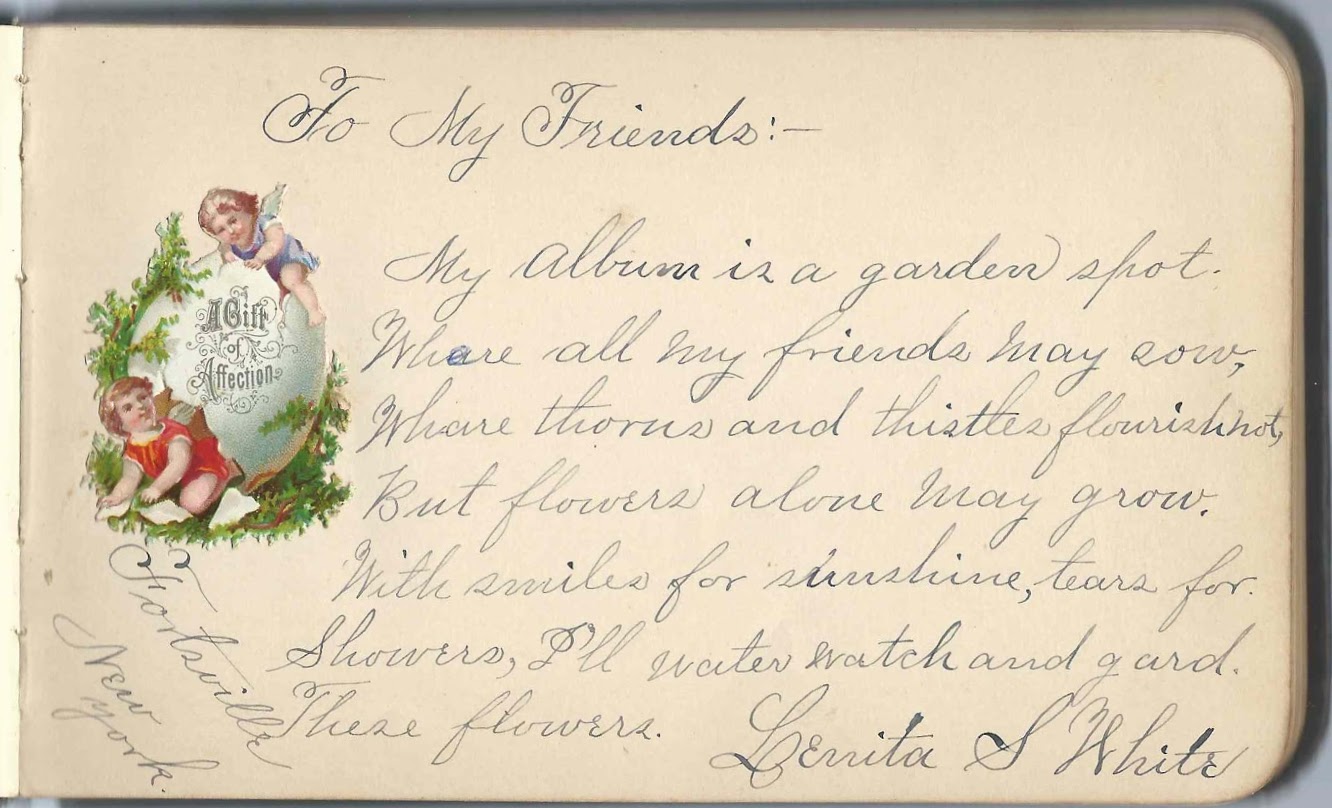 The album measures approximately 7" x 4" and contains the sentiments of 32 of Lenita's relatives and friends.  An alphabetical surname list and an alphabetical list of the signers, together with any personal information they offered, appear at the end of this post. 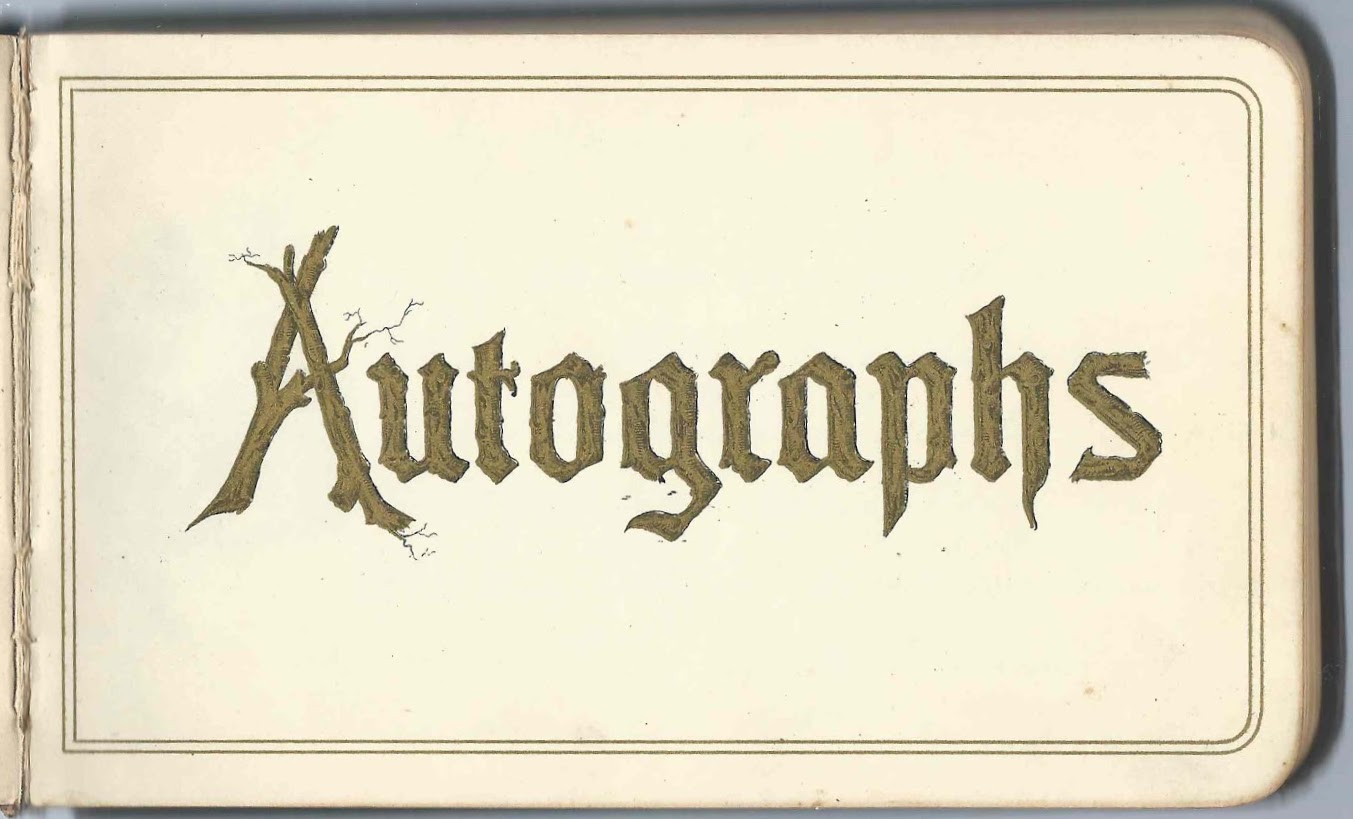 Lenita Sarah White, or Sarah Lenita White, was born June 24, 1867 in New York, the daughter of James and Sylvia Diana (Price) White, who were born on the Isle of Man and in New York, respectively.  Lenita had at least five siblings, four of whom inscribed pages in her album. 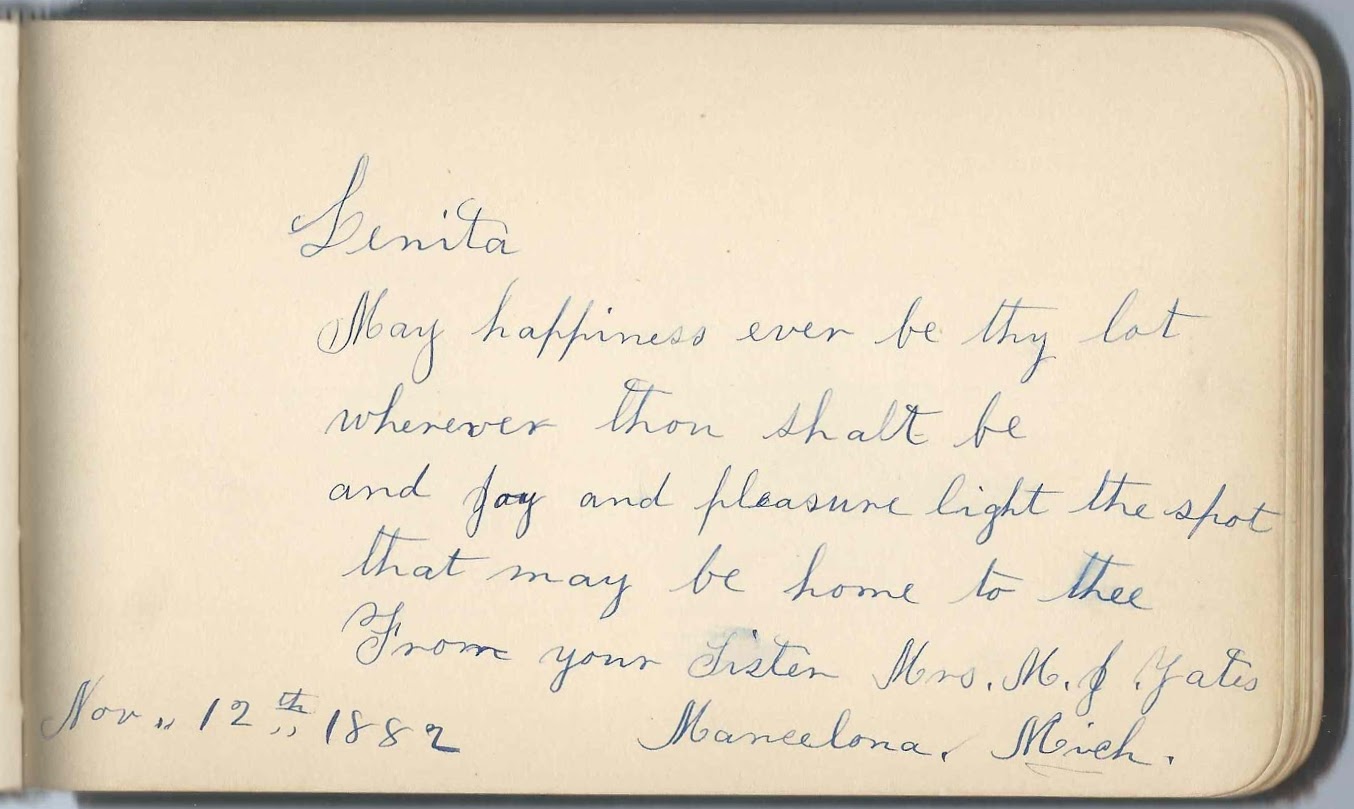 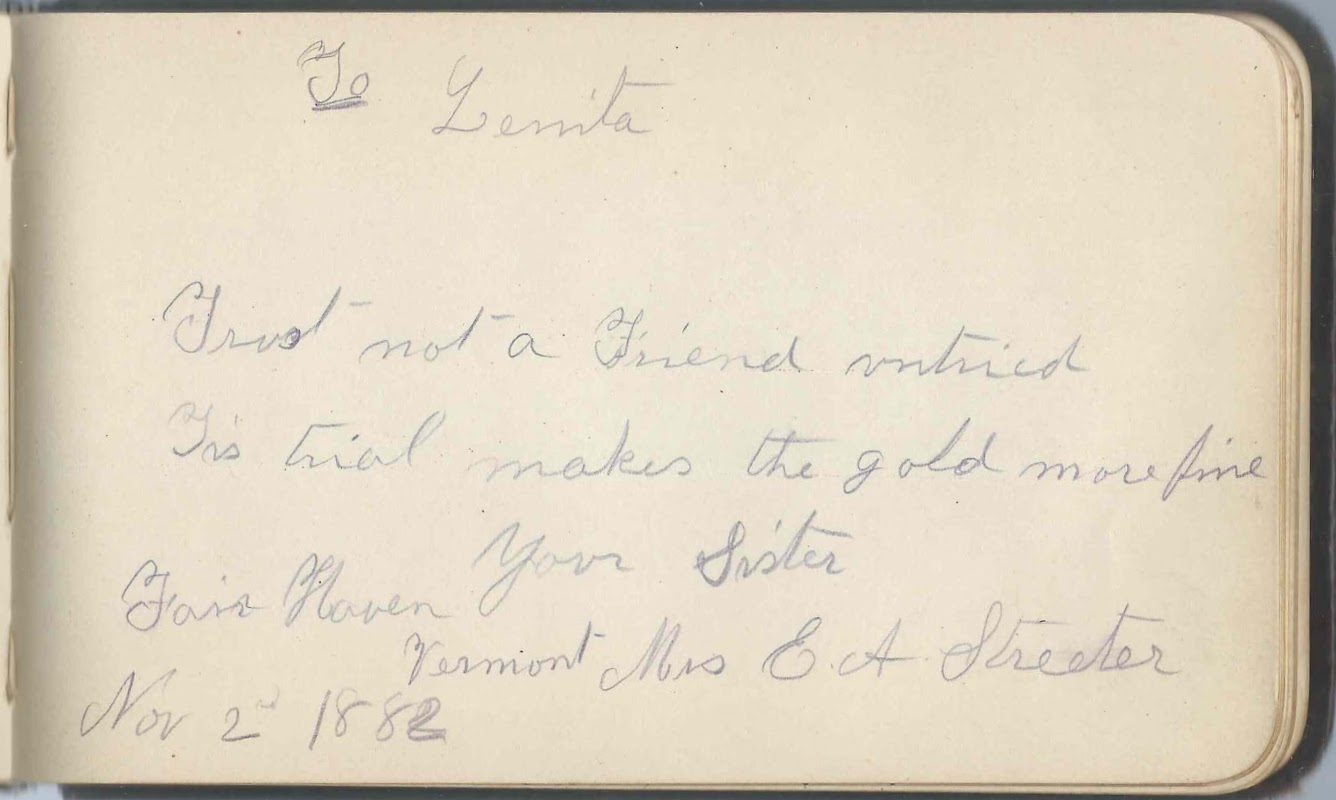 Lenita's brother James H. White inscribed a page at Fair Haven, Vermont, on August 27, 1882.  It appears that his wife Gertrude L. (Waldron) White found his page and then inscribed the left facing page, after their 1883 marriage, on July 18, 1884. 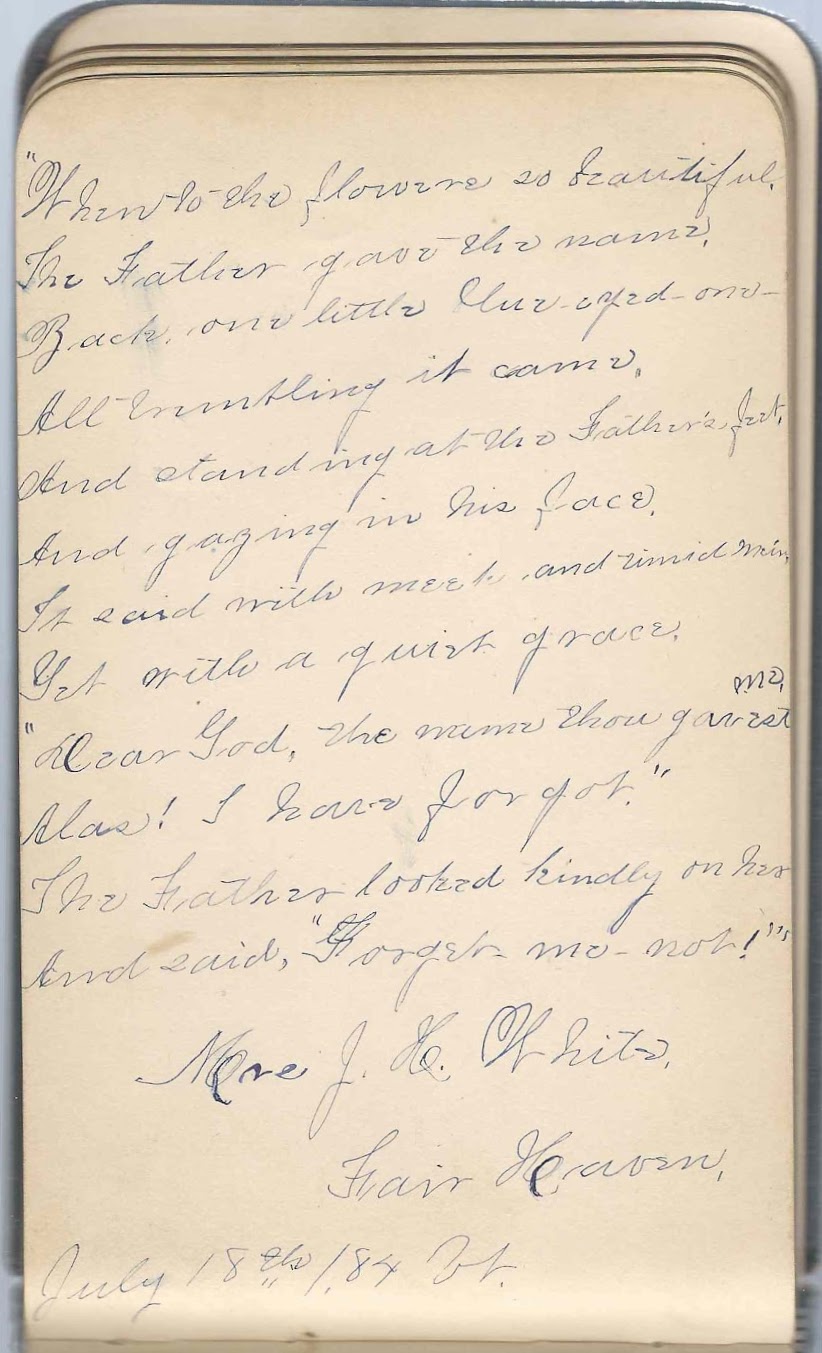 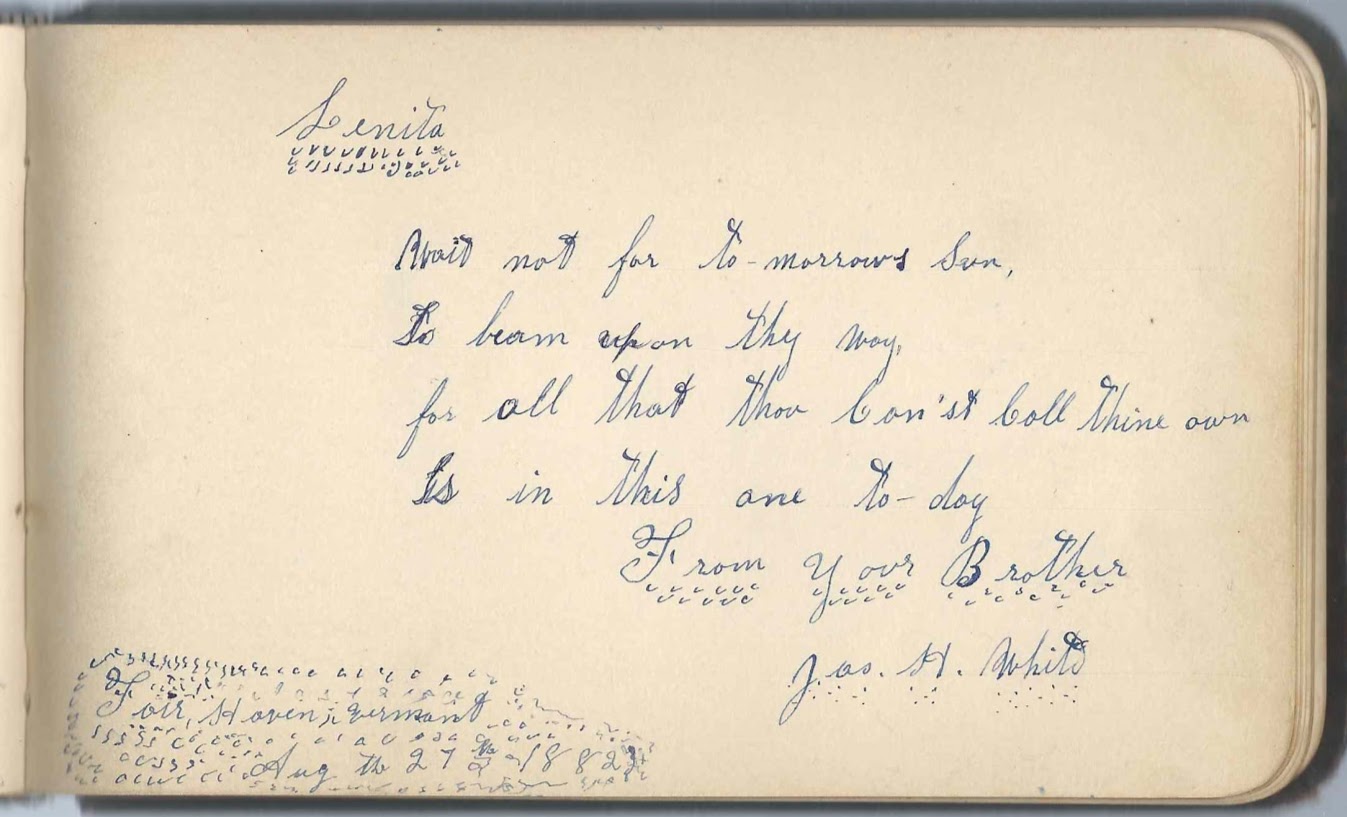 Henry died in 1940 and Lenita in 1953.  If you have corrections and/or additions to the information above, or information on any of the signers listed below, please leave a comment or contact me directly.

Posted by Pam Beveridge at 4:54 PM