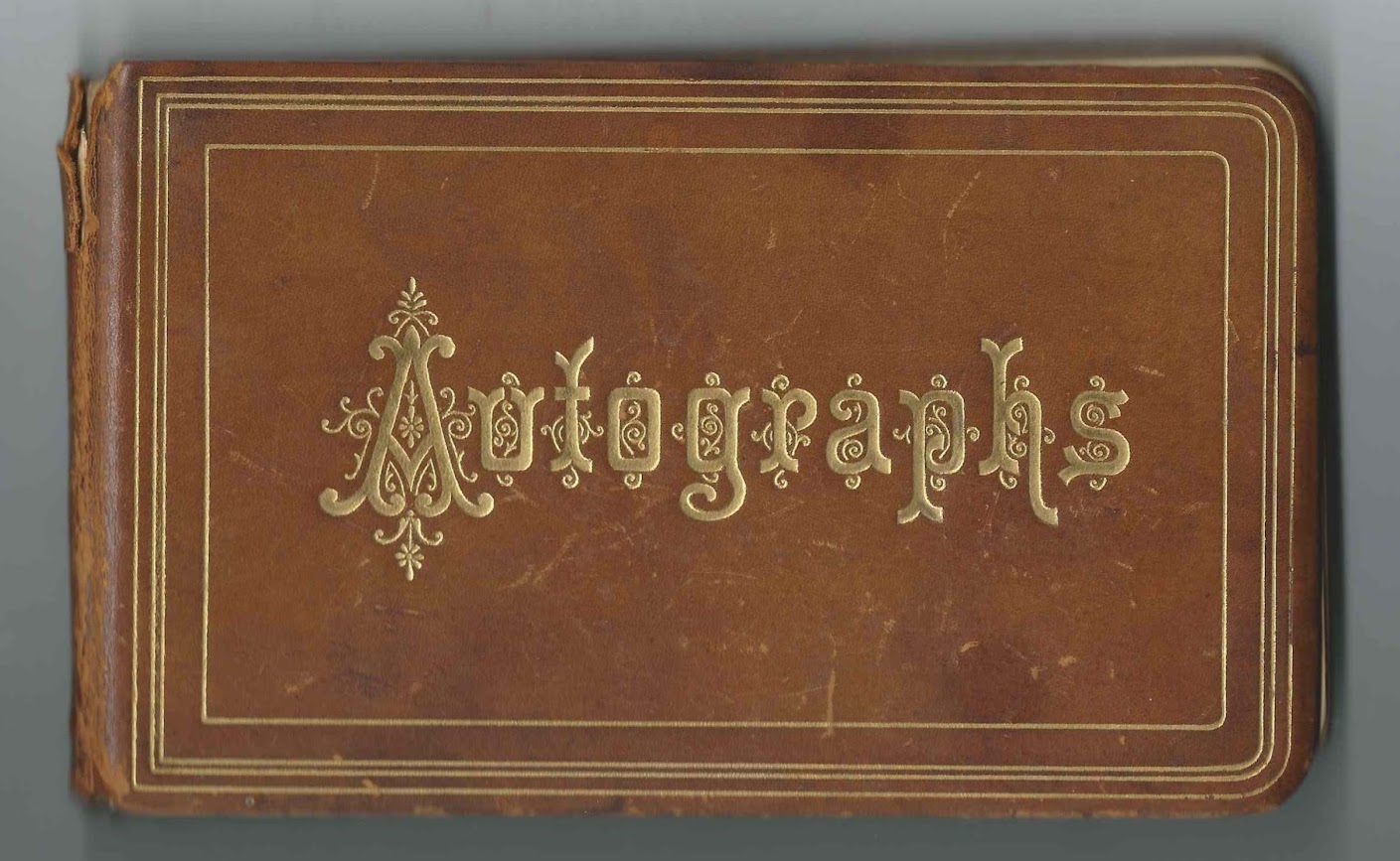 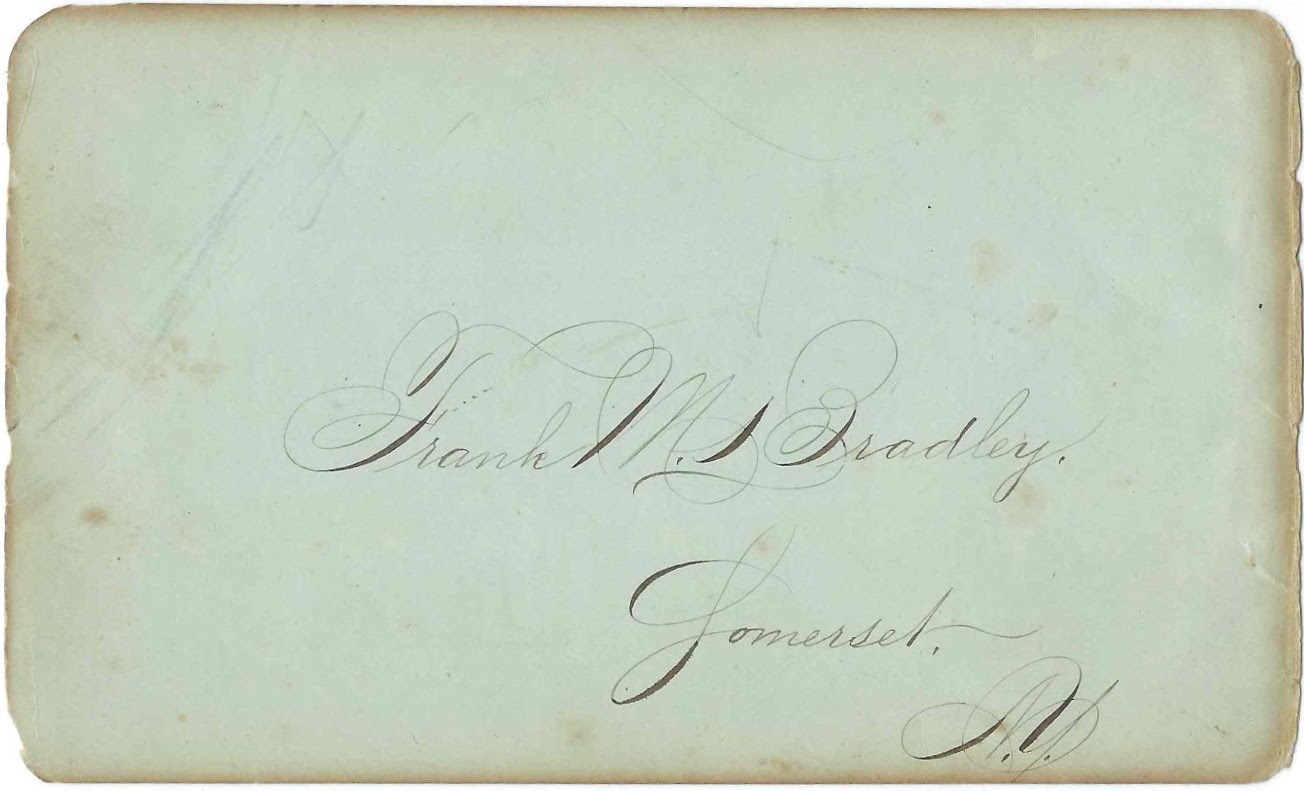 The album measures approximately 7" x 4-1/4" and contains the sentiments of 21 of Frank's father, friends and two siblings of his future wife Louah M. Dix.  An alphabetical surname list and an alphabetical list of the signers, together with any personal information they offered, appear at the end of this post. 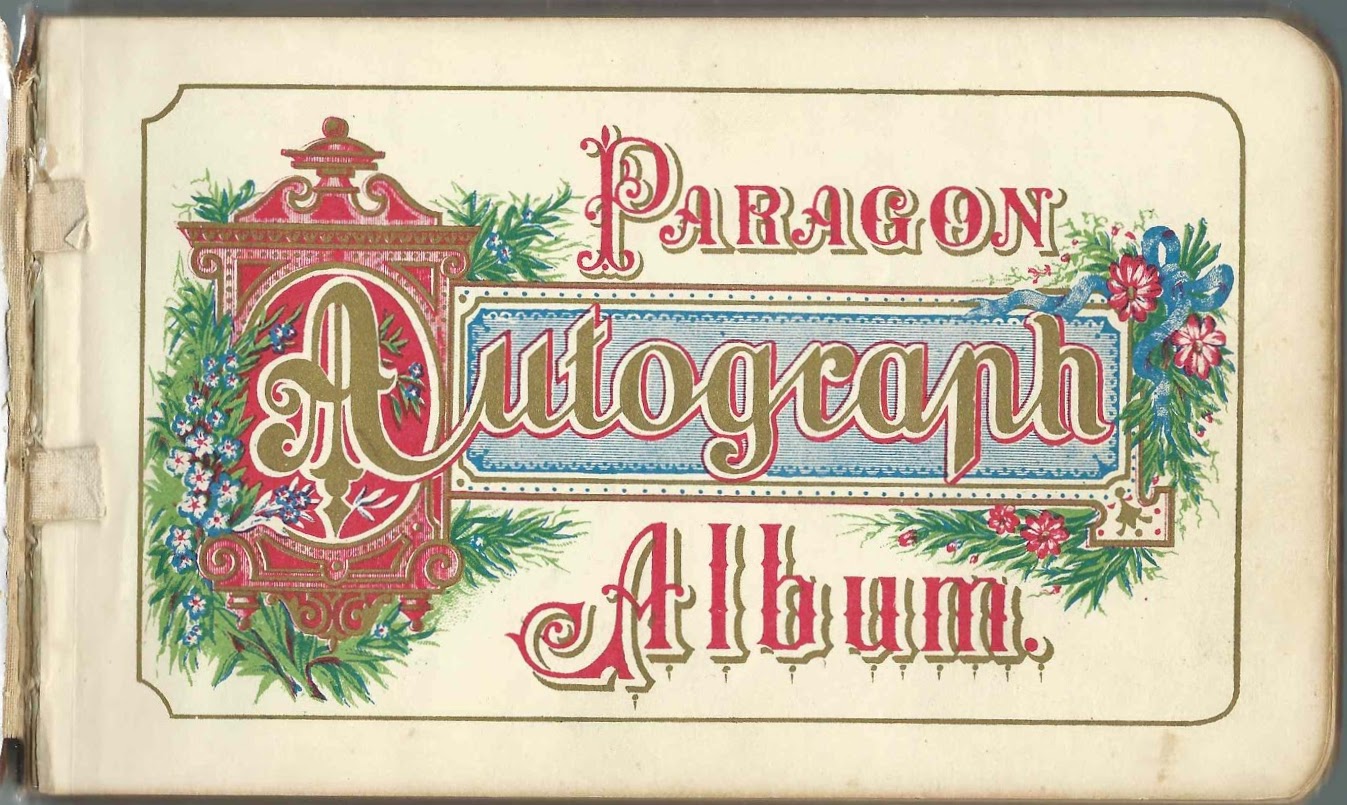 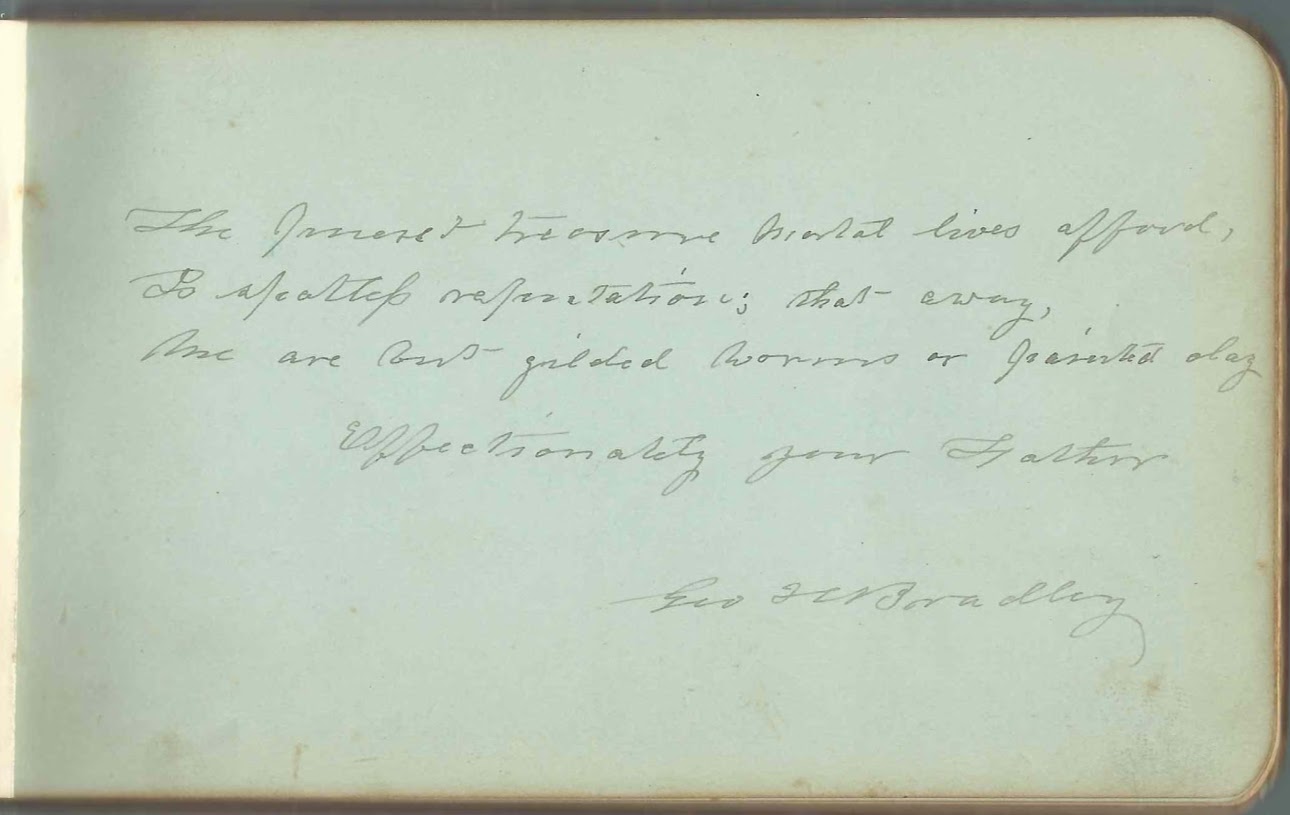 About 1888, Frank Mead Bradley married Louah M. Dix of nearby Olcott, New York.  Louah didn't sign a page in Frank's album, but two of her siblings did: Winnifred Dix and Burt Tillinghast Dix, both of Olcott, New York. 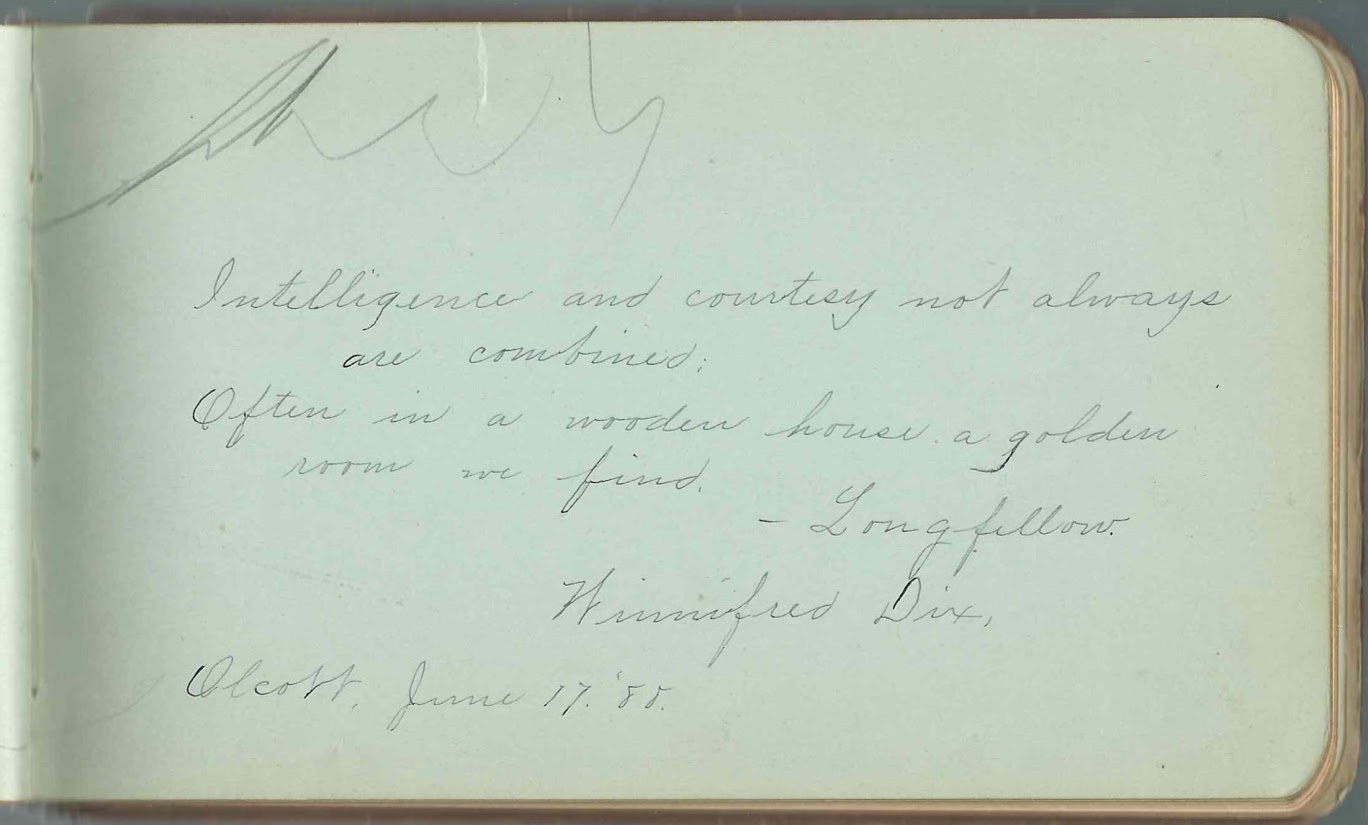 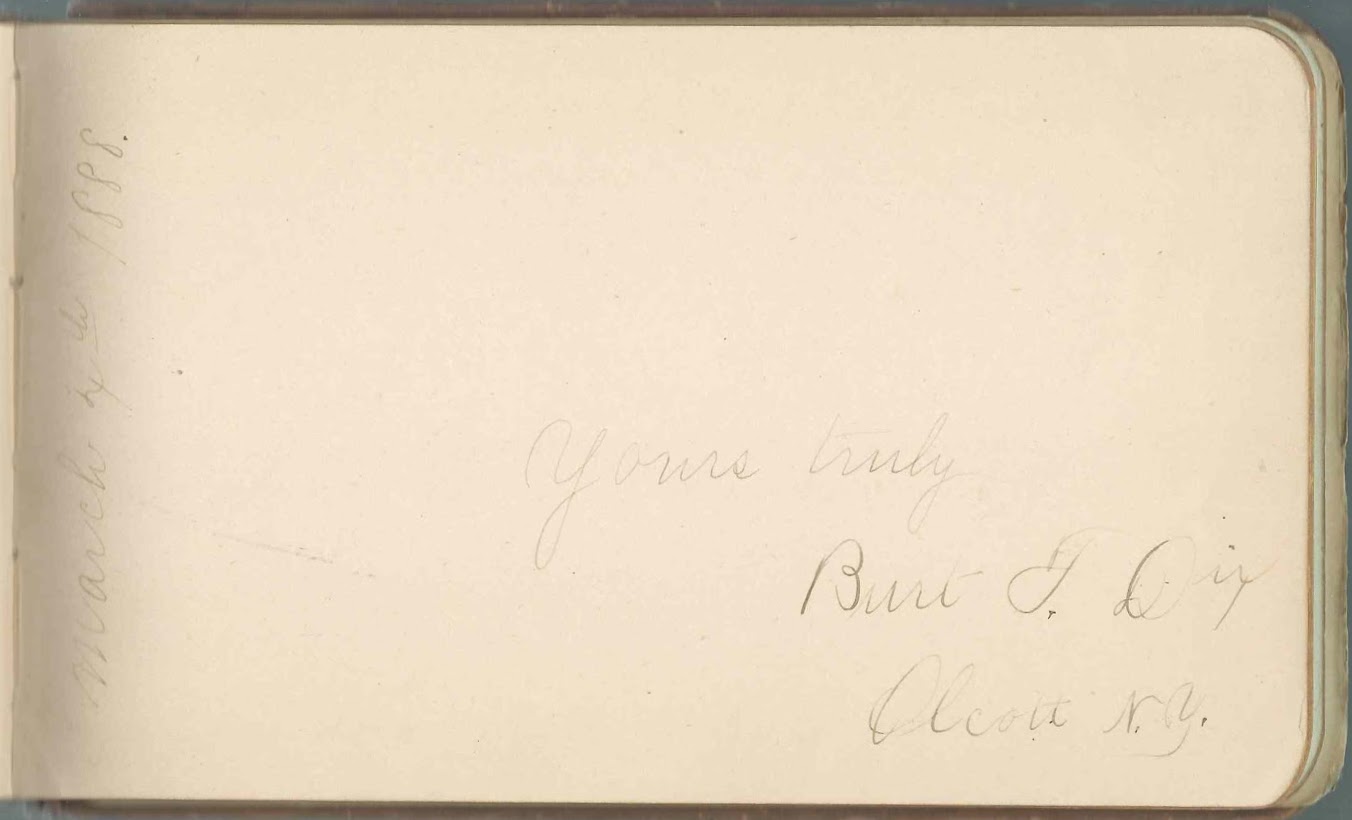 The inside front cover of Frank's album has contemporary writing that lists the names of the children.


Signers in the Album       [Note: Given names within a specific surname may not be in alphabetical order.]