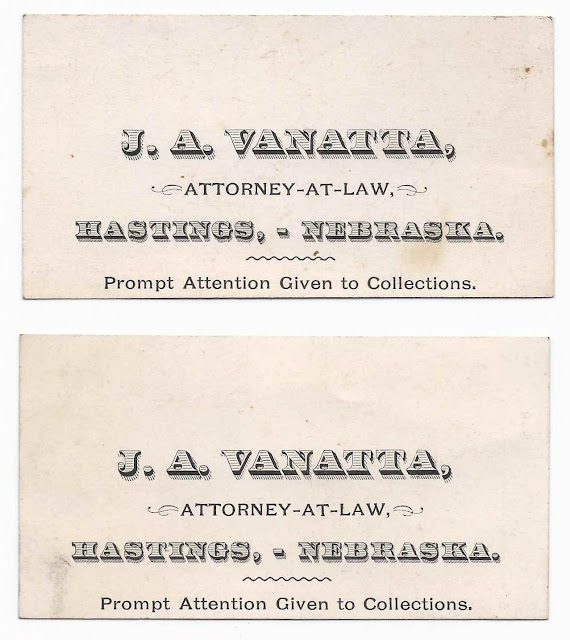 Two circa 1880 business cards of J. A. Vanatta, Attorney-at-Law, Hastings, Nebraska.  He was presumably the Joseph A. Vanatta mentioned in the "Biographical and Historical Memoirs of Adams, Clay, Webster and Nuckolls Counties, Nebraska", published in 1890, as an Iowa native admitted to the Nebraska Bar about 1878.

If you have corrections to the information above, or feel that the business card card referred to another J. A. Vanatta, please leave a comment or contact me directly.  Thanks! 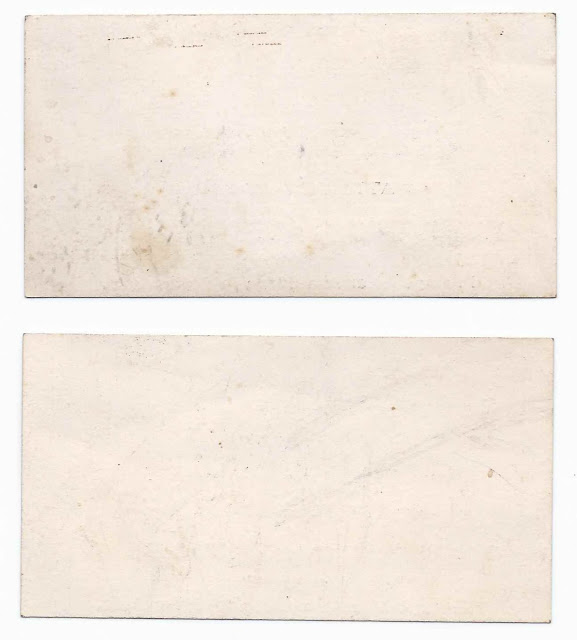