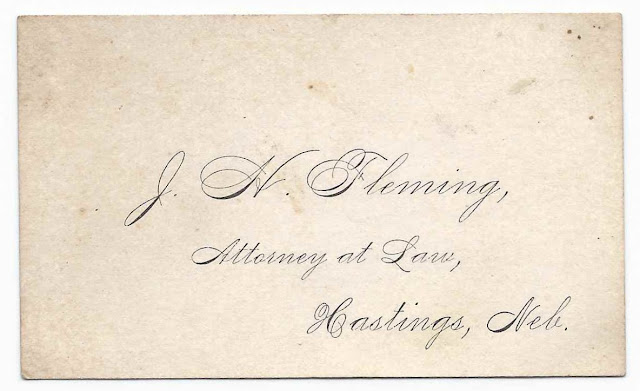 He was Illinois native James H. Fleming, who was admitted to the bar at Springfield, Illinois, in 1876 and moved to Hastings, Nebraska about 1878.  He would be elected judge three times.

Fleming was born about April 1847, the son of William and Jane (Cullen) Fleming of Adams, Illinois.  He married Mary Elizabeth Cowles on 31 July 1879 at Ottawa, Illinois.  The couple raised, I believe, two sons:

The reverse of the card bears the handwritten name and address of Charles Challis of Beatrice, Nebraska.  I wonder if he was the Charles Challis who was born about 1855 in Illinois and was living at Ulysses, Nebraska, at the time of the 1880 Census.  Beatrice and Ulysses are not terribly far apart. 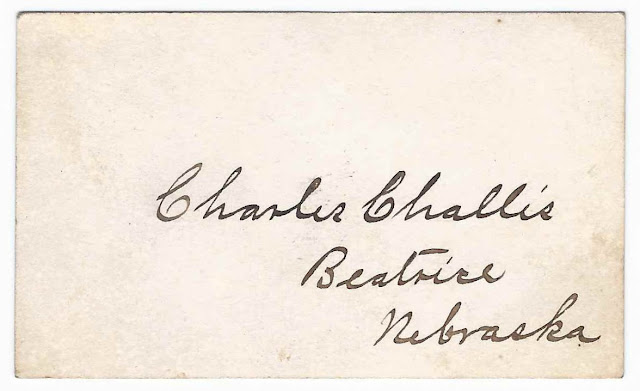