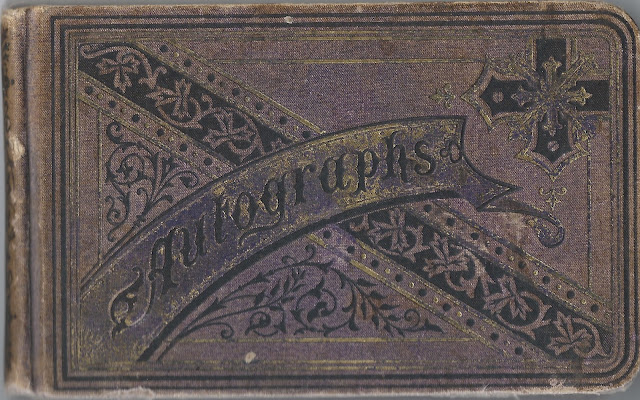 1880s/1890s autograph album of Emma Pope of Hamburg, Illinois.  Emma inscribed her name on the title page and pasted a scrap in the upper right corner. 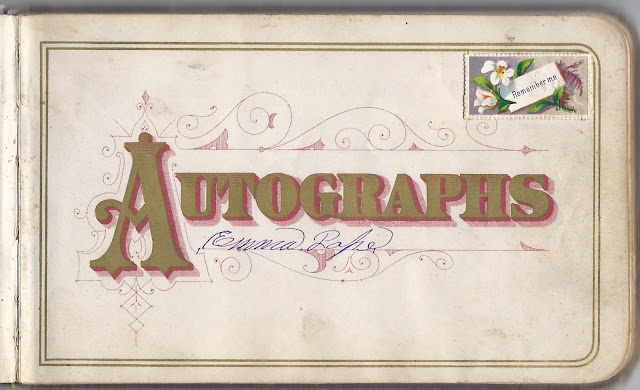 The album is approximately 6-1/4" x 3-3/4" and contains the sentiments of 40 of Emma's relatives and friends.  An alphabetical list of the signers appears at the end of this post.

Emma Pope was born about May 1866 in Illinois, the daughter of George M. and Catherine (Braun) Pope, German immigrants.   I believe Catherine had passed away before the album was started.  George M. Pope signed a page in the album on January 1, 1881, at Calhoun County, Illinois and included a poem that mentions ringing the "Swedenborgian bell". 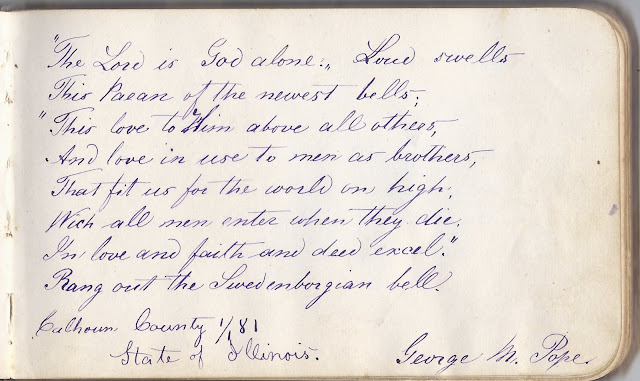 Emma had three sisters, at least two of whom, possibly all three, signed pages in her album.  The Alice Pope of Bay, Illinois, in Calhoun County, who signed a page on December 26, 1880, was likely Emma's oldest sister, Alice Eliza Pope, who would marry Francis Marion Hasty, who also signed a page on that date.  They chose the first two pages in the album; perhaps they had given the album to Emma for Christmas 1880. 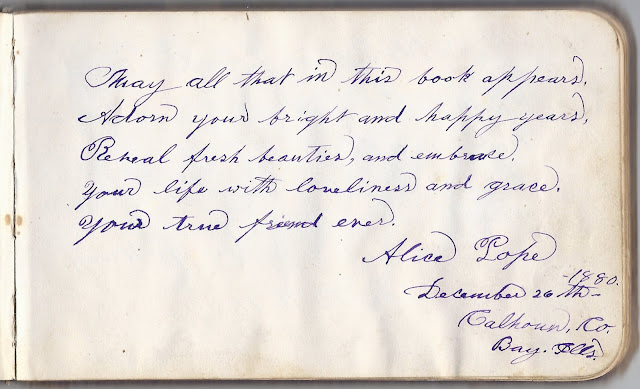 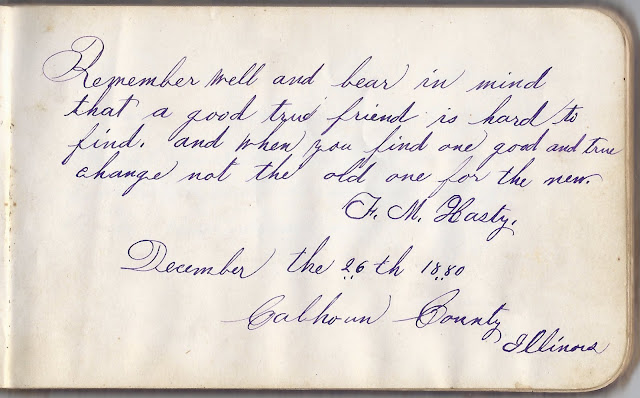 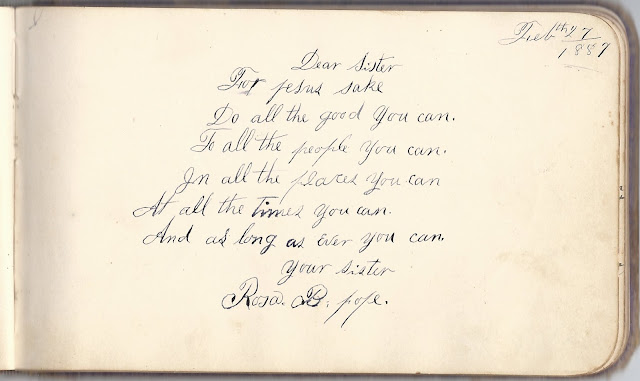 Another person indicated a sister relationship with Emma but left only what appears to be the initial L.  She was presumably Helena H. Pope, "Lena", the youngest of the four sisters, who would marry Minard J. Fischer. 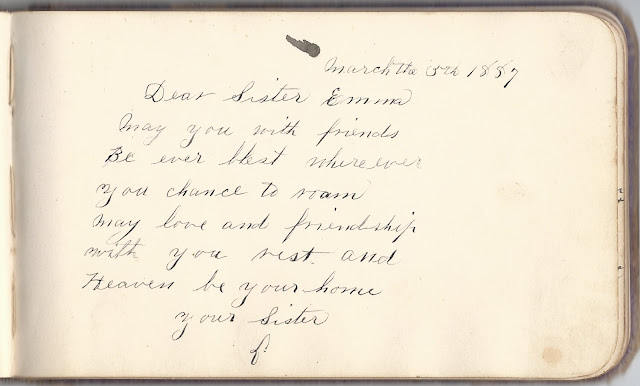 On 3 February 1897 in Calhoun County, Illinois, Emma Pope married West Mahoney/Mahony, who was born in Maryland about 1854.  They farmed at South Dakota and raised a family of, I believe, five children: Ada, Edwin, Edna, Laura and Lillian.

By 1940, West was 85 and an inmate at a home in Aberdeen, South Dakota, listed as widowed.

Someone, presumably Emma, included two flower designs, at least one of which has the initials E.P. 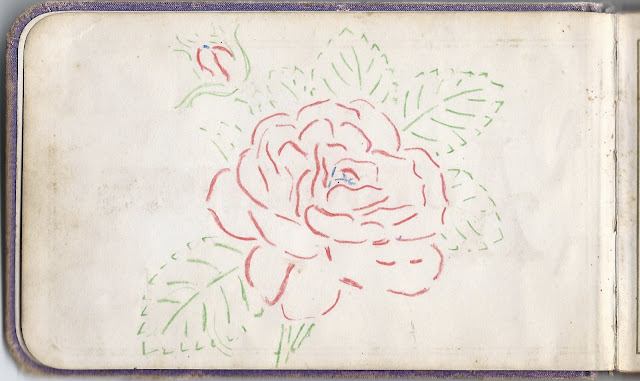 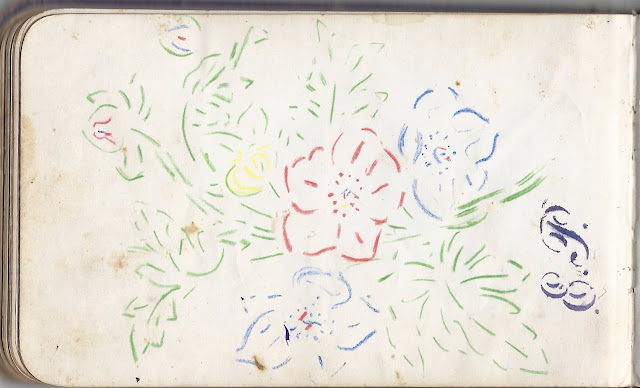