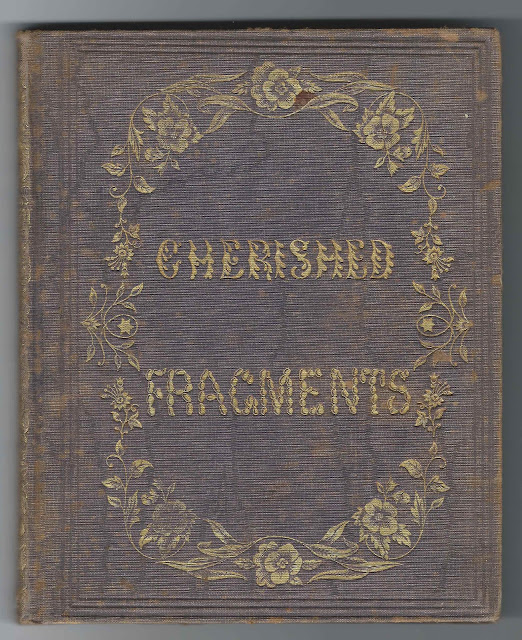 1861-1863 autograph album that I believe belonged to Annette Sanborn of Baldwin, Maine.

Most of the pages are inscribed to Annette.  The album contains clippings related to the Sanborn family, including the death notice of Annette Sanborn's mother, Abigail (Brown) Sanborn.  And one signer, Sue Brown, expressed a cousin relationship with Annette.   Annette Sanborn and Susan Brown were second cousins, as they shared great grandparents Capt. David and Abigal (Munroe) Brown. 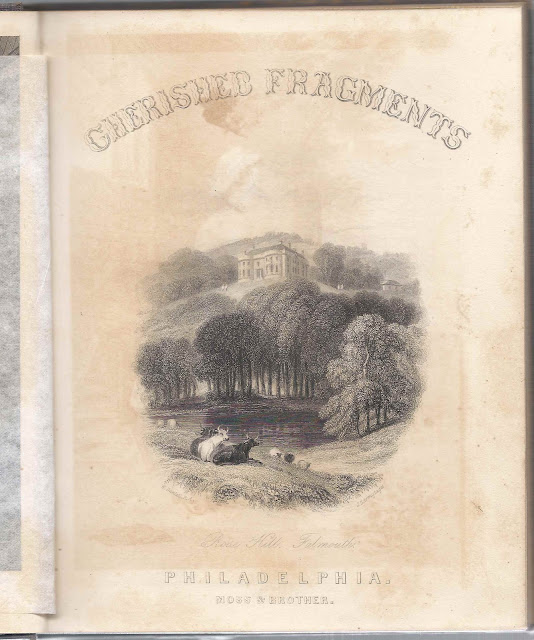 The album measures approximately 7-3/4" x 6-1/4" and contains the sentiments of sixteen of Annette's friends and relatives, as well as six short newspapers clippings pasted on the back end papers.  An alphabetical list of the signers appears at the end of this post.

The album is a beauty, published by Moss & Brother of Philadelphia, and contains several lovely engravings, shown farther below. 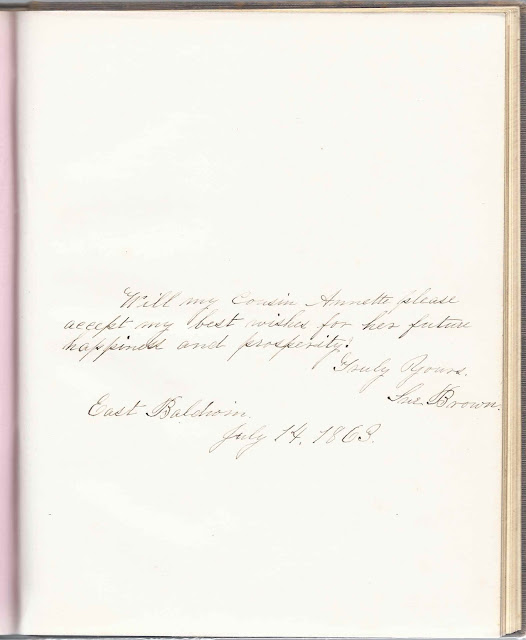 Nathaniel P. Allen signed a page and indicated he was serving in the United States Navy, apparently during the Civil War. 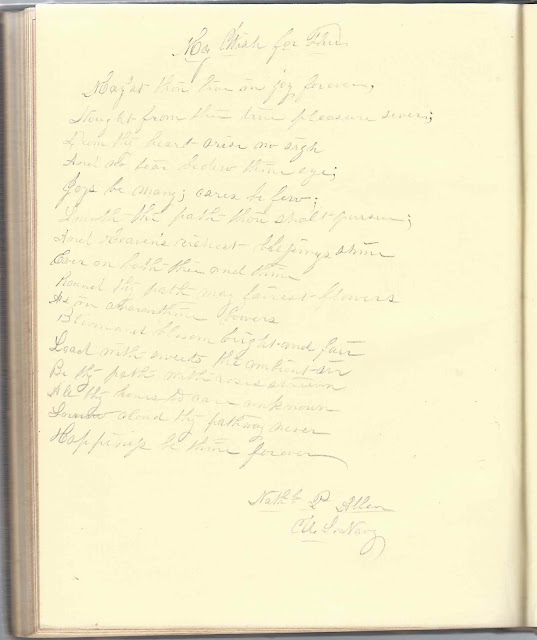 The two pages that had clippings pasted on them: 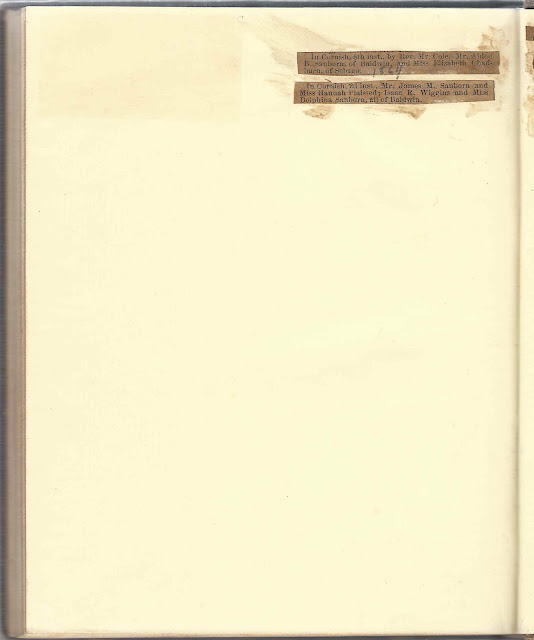 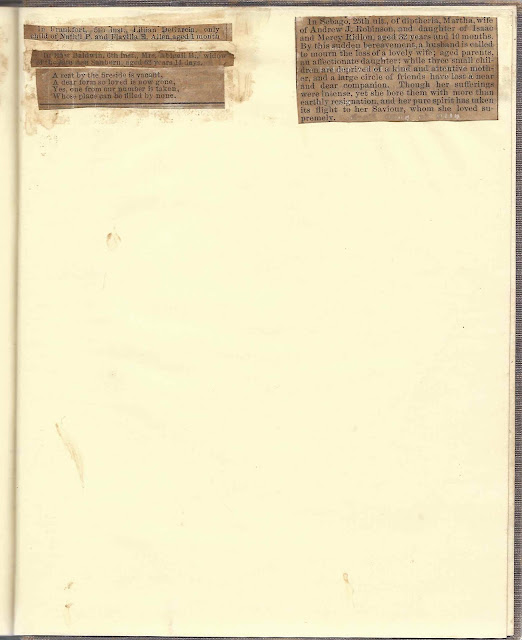 Engravings in the album 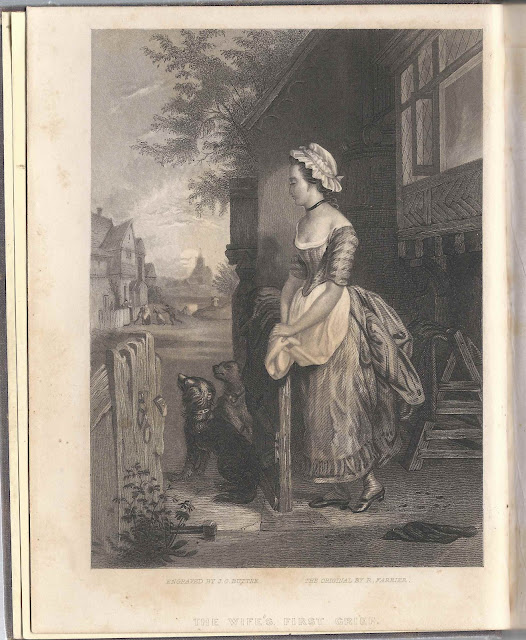 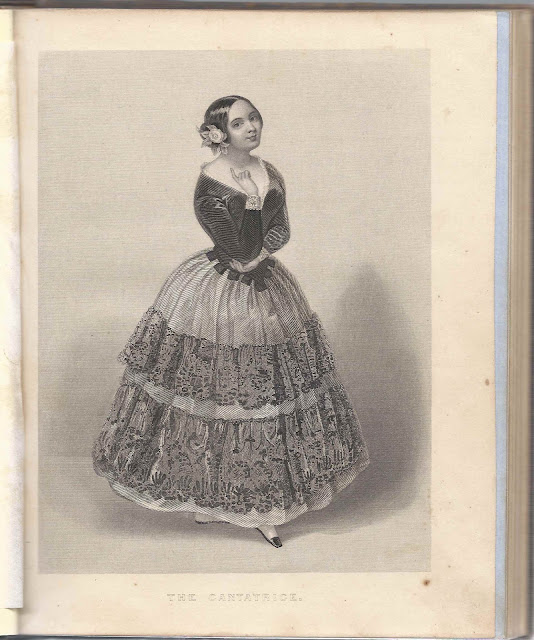 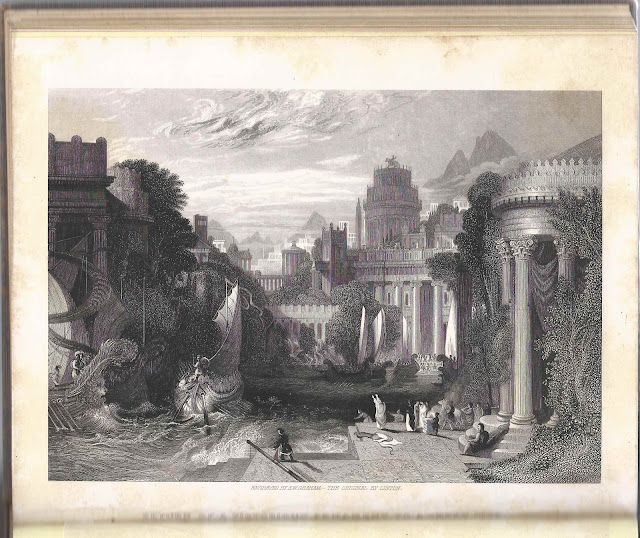 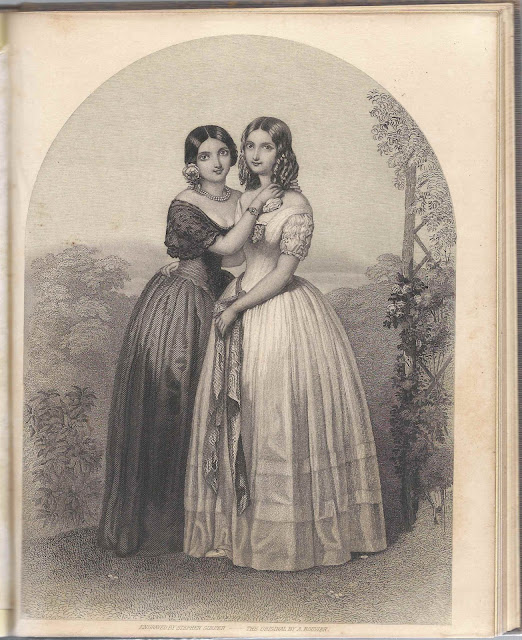 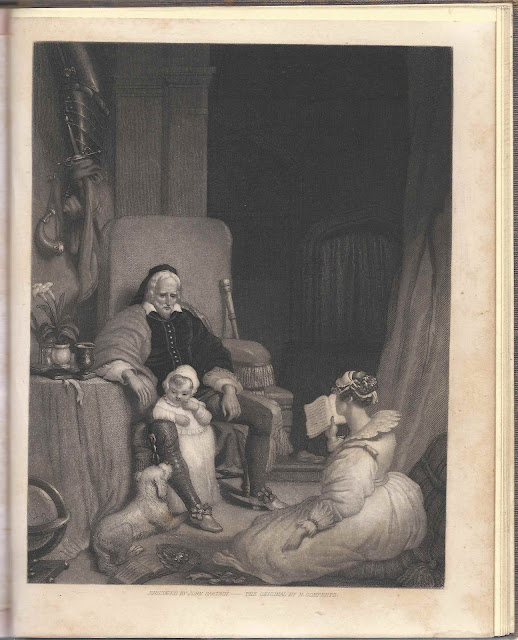 Signers in the album, or mentioned in a clipping: