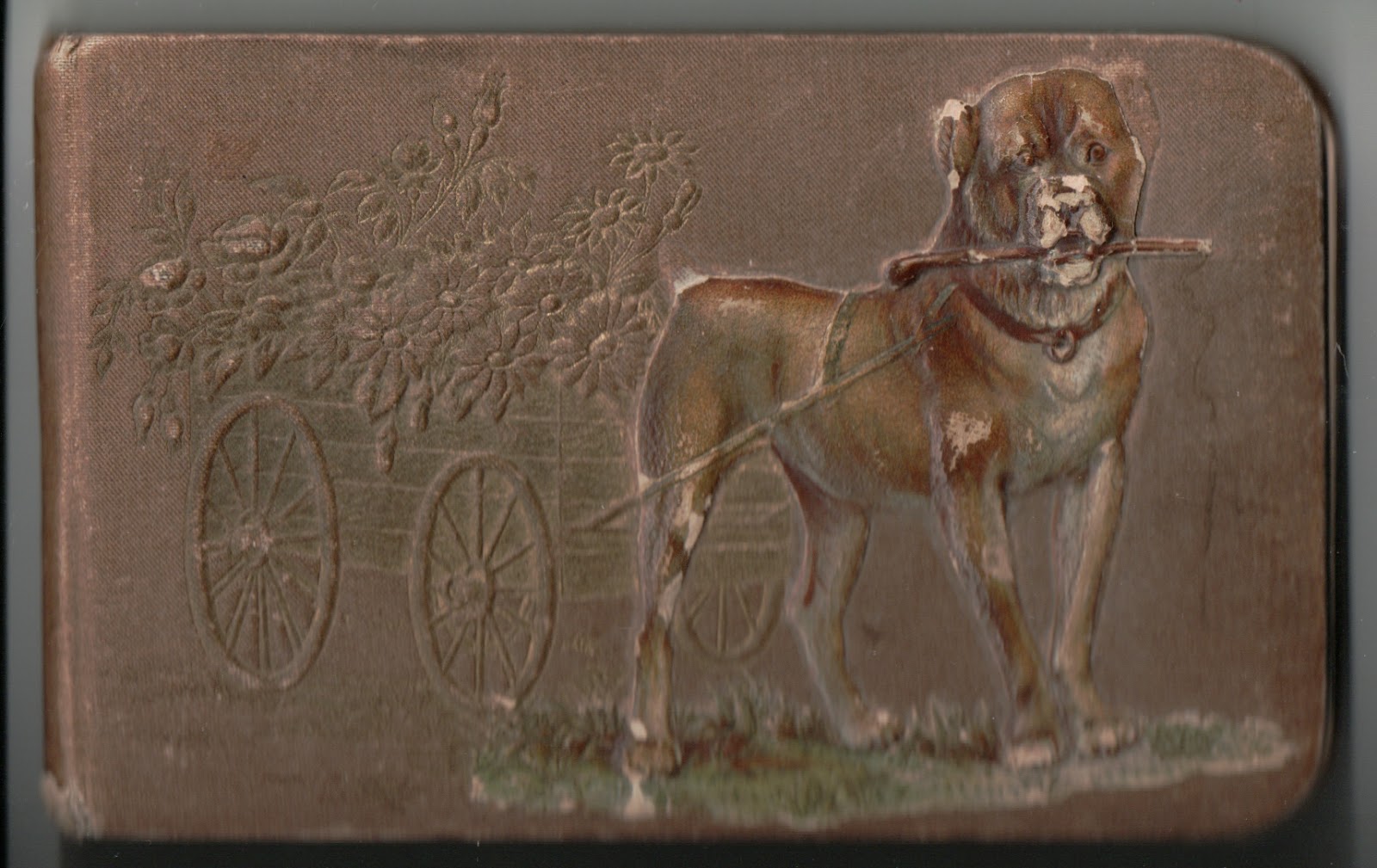 1880s autograph album of John Ellis Budd of Youngstown, Ohio, kept while he was a student at Prairieton College. 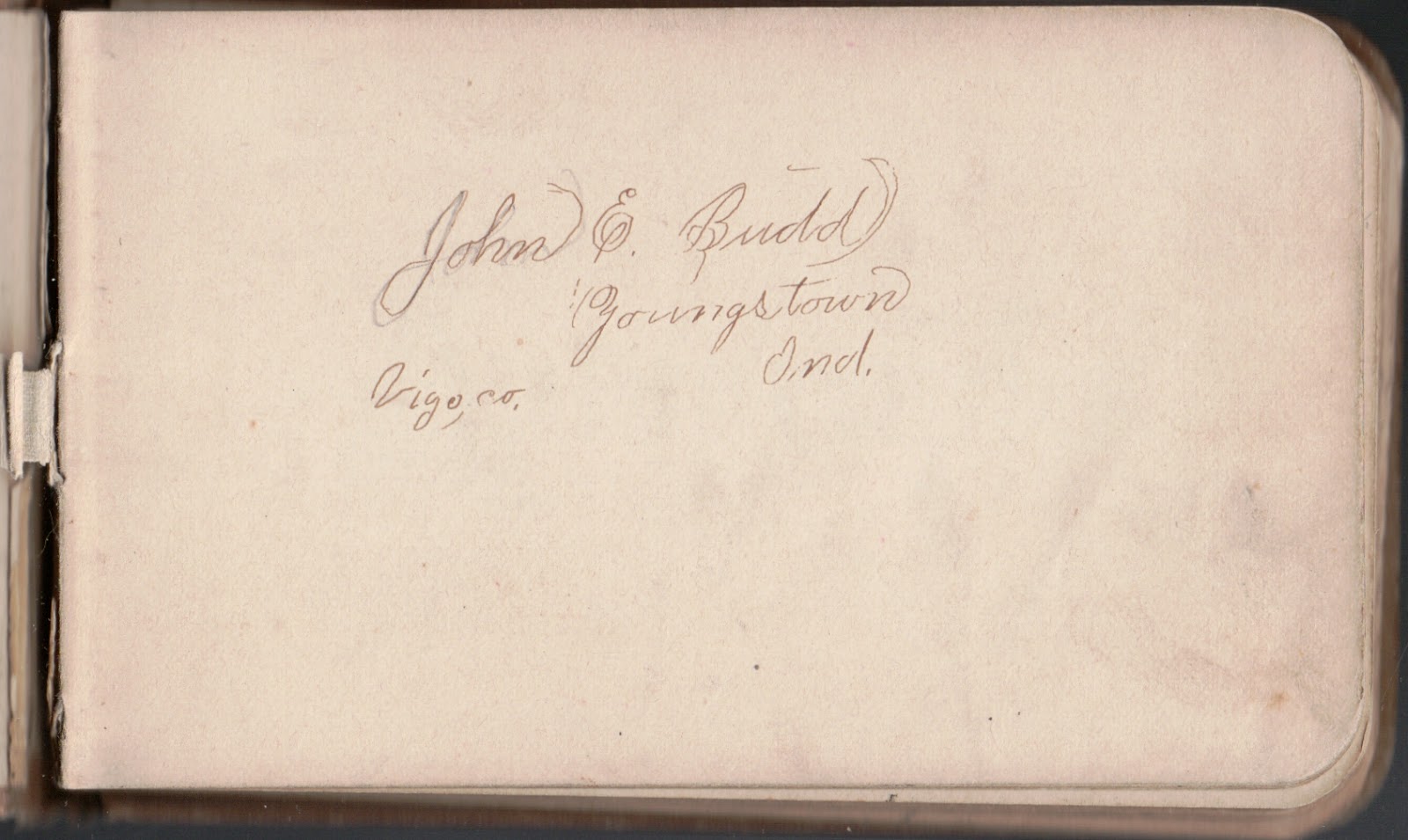 The album is approximately 5-1/2" x 3-1/4" and contains the sentiments of 51 of John's relatives, friends and schoolmates.  An alphabetical list of the signers appears at the end of this post. 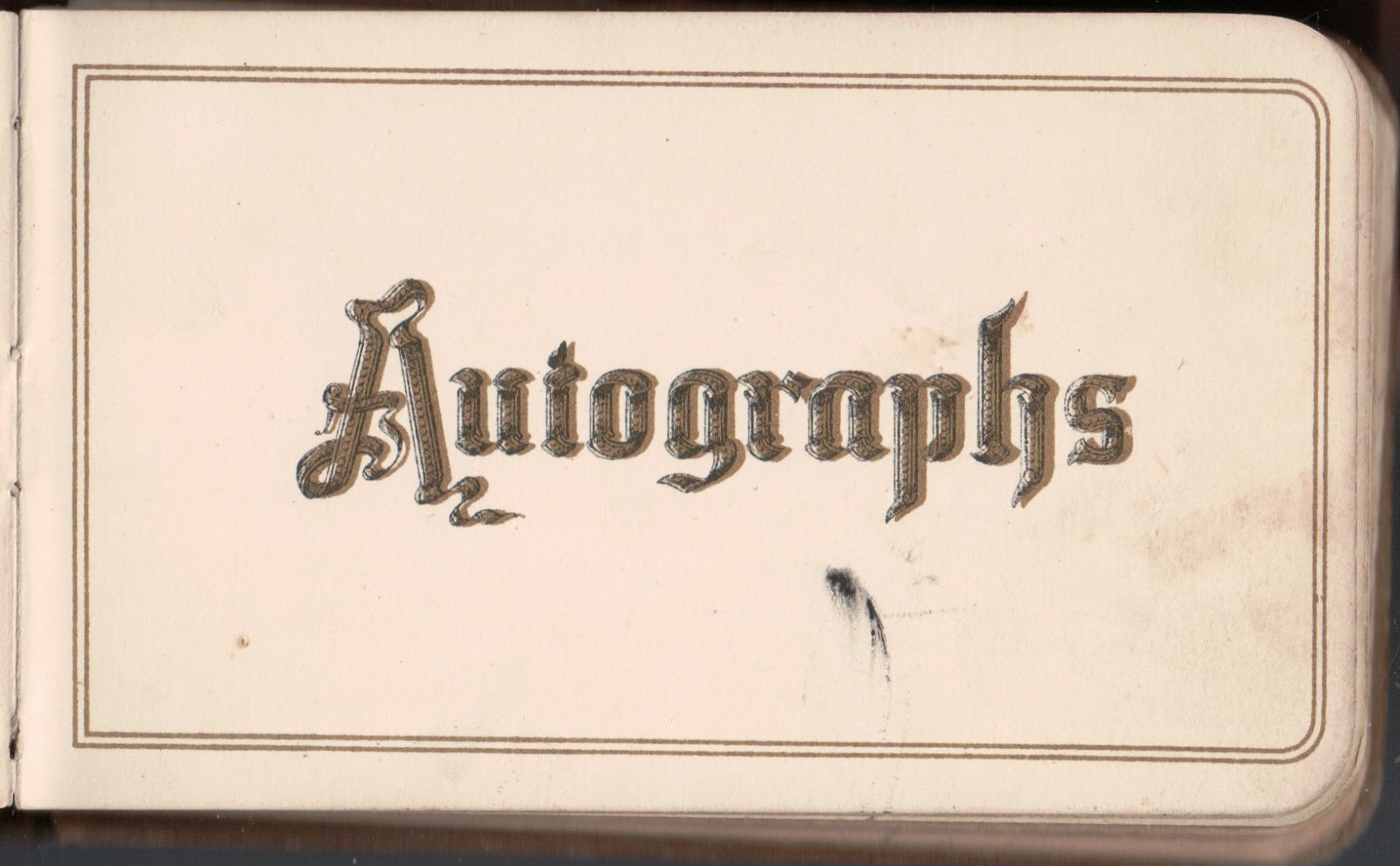 John Ellis Budd was born 12 March 1867 at Honey Creek Township or Youngstown, Indiana, the son of William Adam Budd and Missouri Emily (Jones) Budd, who were born in Kentucky and Indiana respectively.  John had, I think, six older siblings, one of whom, William Theodore Budd was presumably the W. T. Budd who signed a page in John's album at Terre Haute, Indiana, on February 17, 1885. 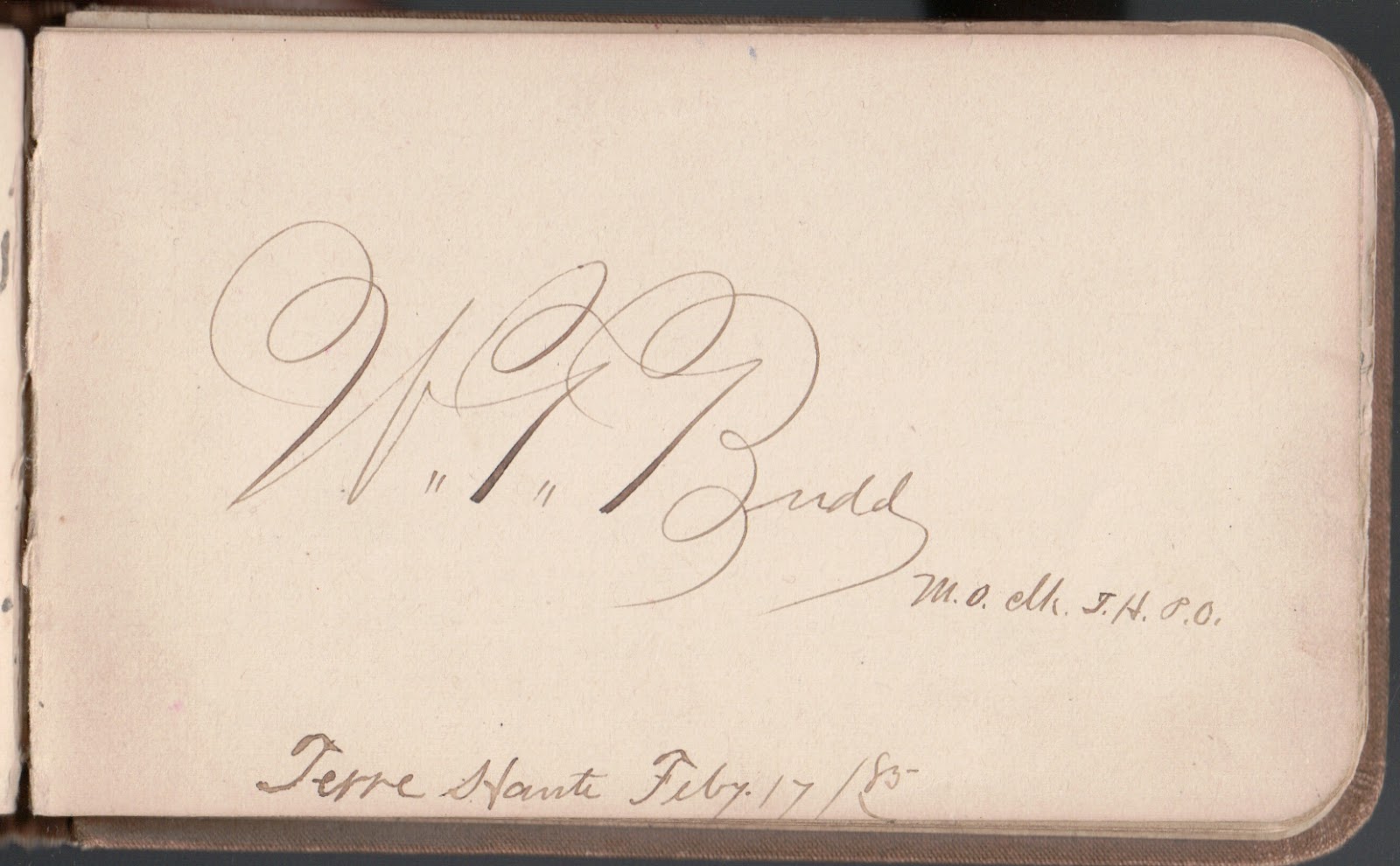 On 24 March 1895 in Clay County, Indiana, John Ellis Budd married Della Tibbetts, daughter of James Orpheus Tibbetts and Josephine (Gardiner) Tibbetts.  Della was born about November 1873 in Indiana.  The couple had at least two children, sons Homer Ellis Budd and Ralph Walter Budd.  John worked as a ticket agent for a railroad and as a telegraph operator.  He died in 1917.

Two pages were signed in a later era, one by a Ralph, perhaps Ralph W. Budd, and the other by John's granddaughter in 1936, inscribed to her long since deceased grandfather.  The album was purchased online and came with a note from that granddaughter. 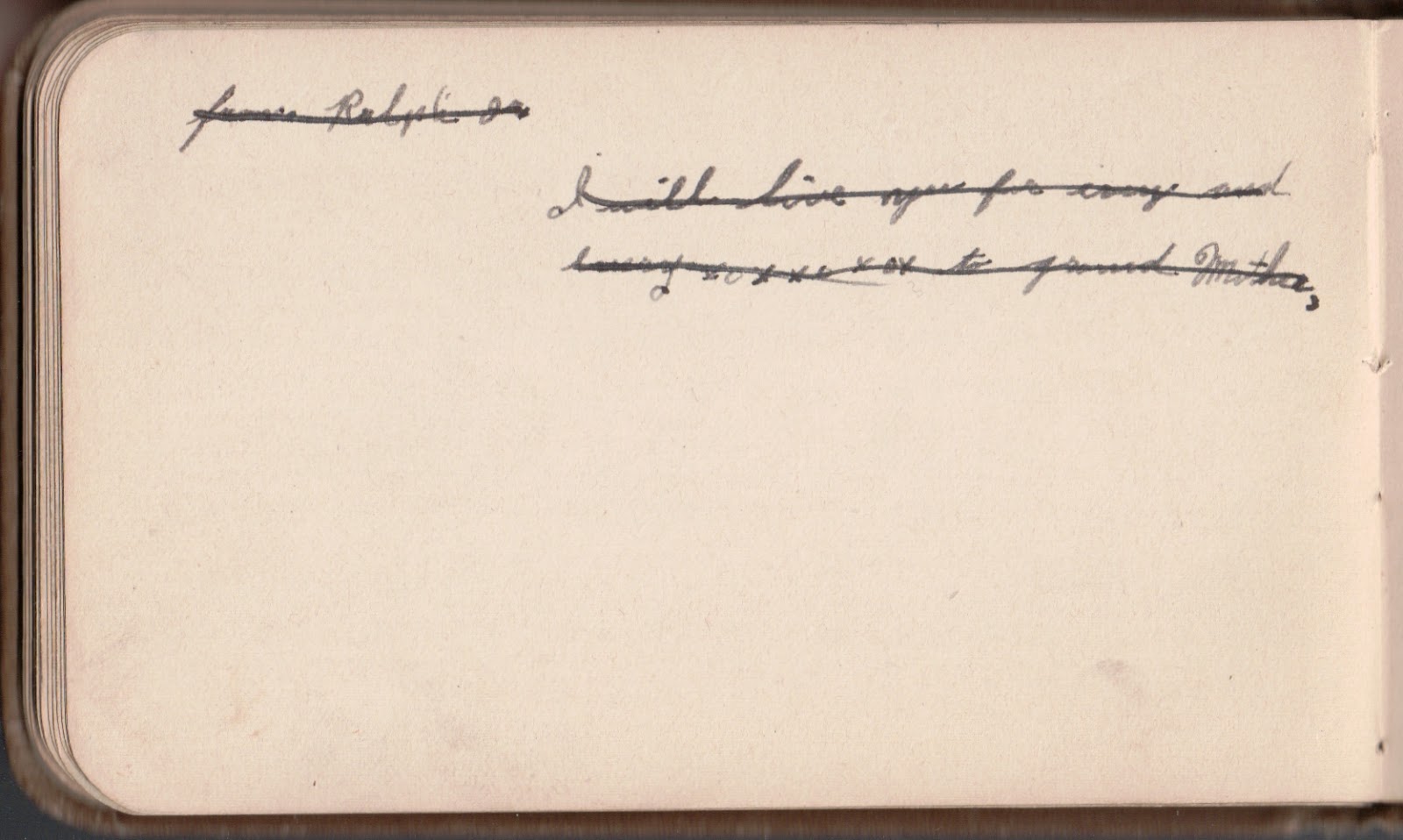 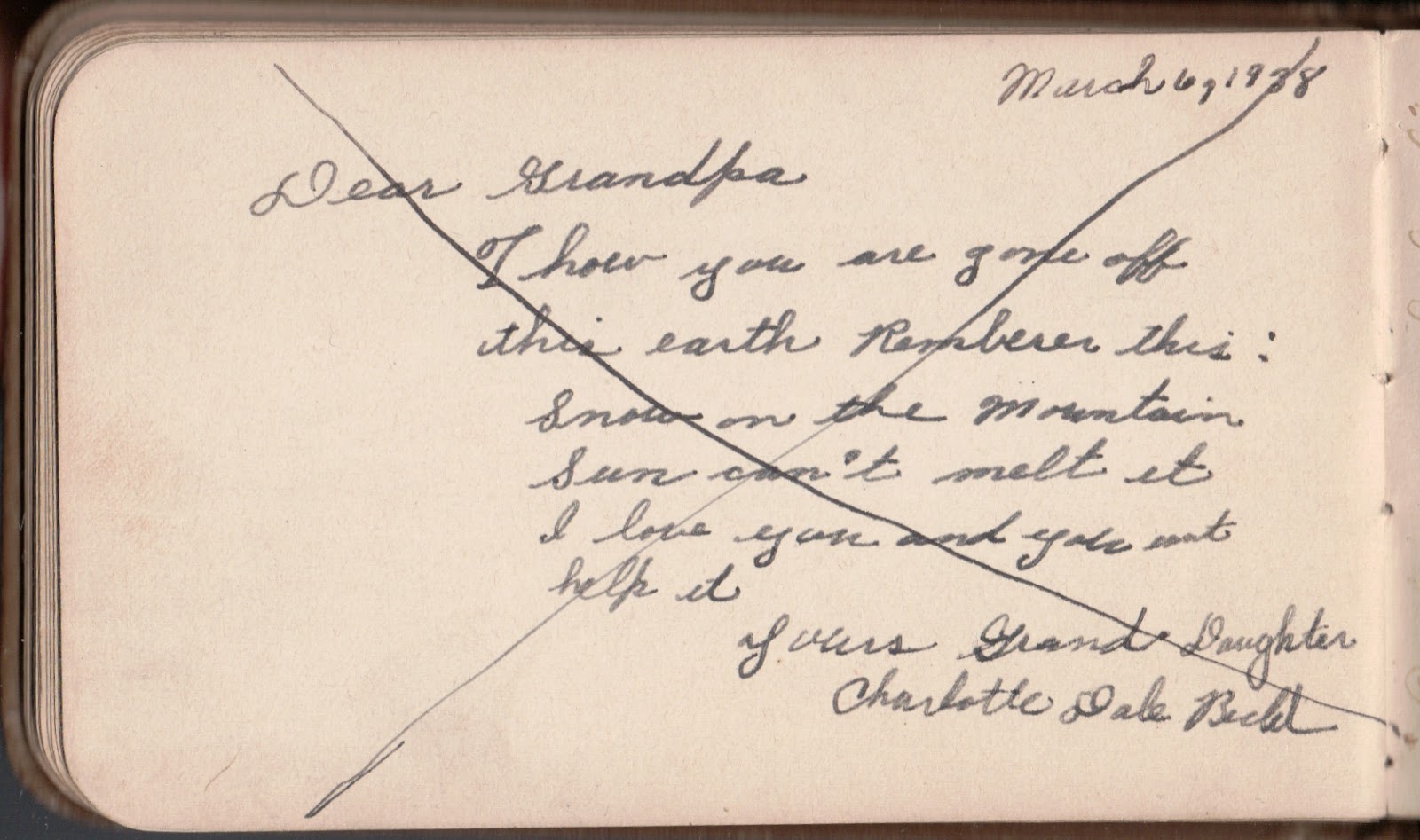 Among the interesting pages in the album was this one, inscribed at Commercial College by Will S. Davis, though I'm not sure of his surname.  He attached his photograph to the page. 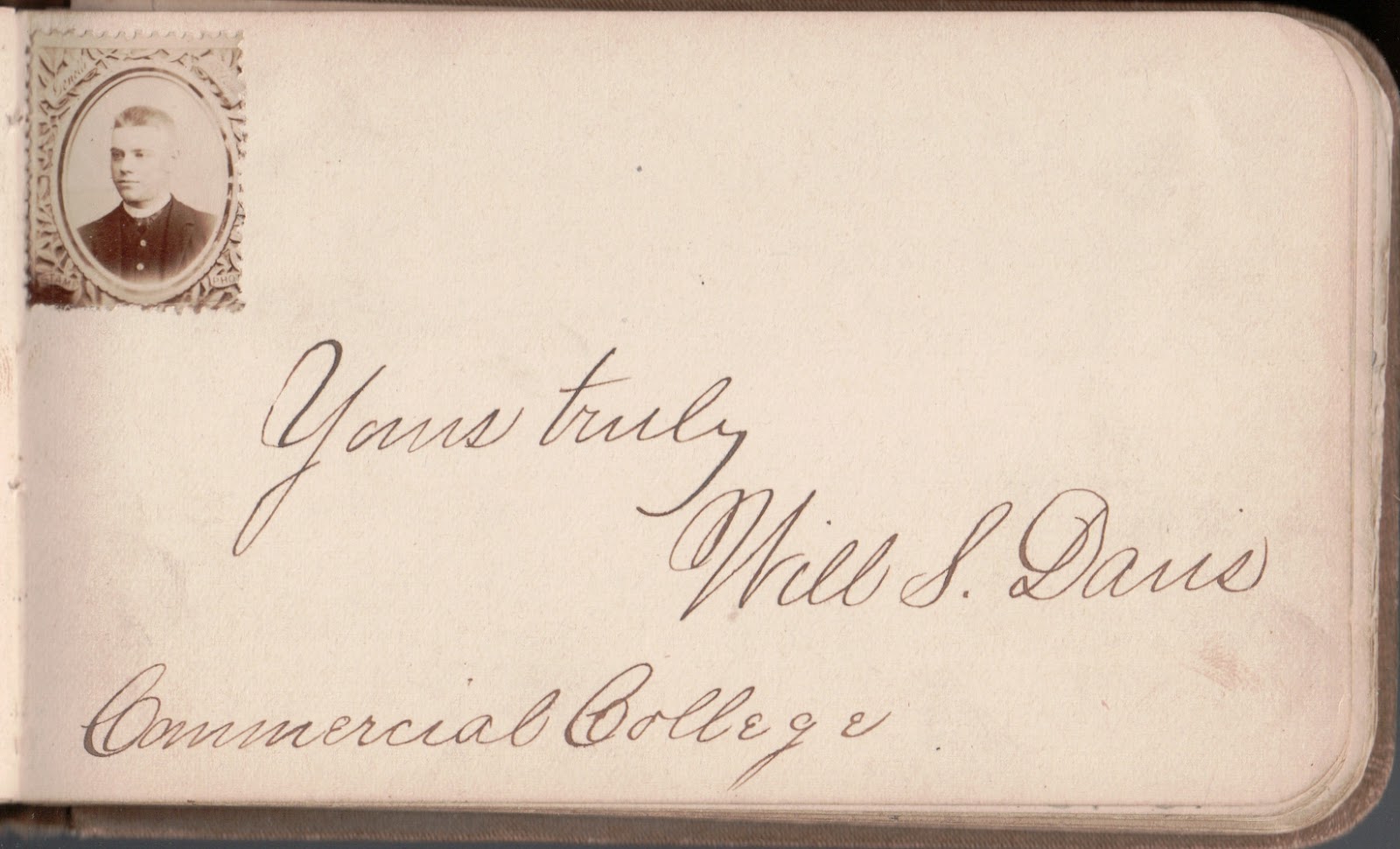 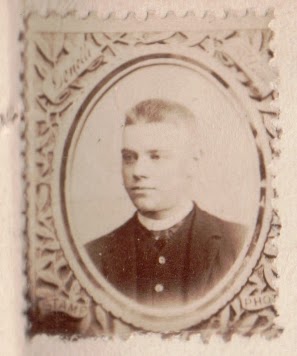 Another was the page sketched by William H. Kruzan at Prairieton, Indiana, on January 10, 1884, followed by another page signed on the same date. 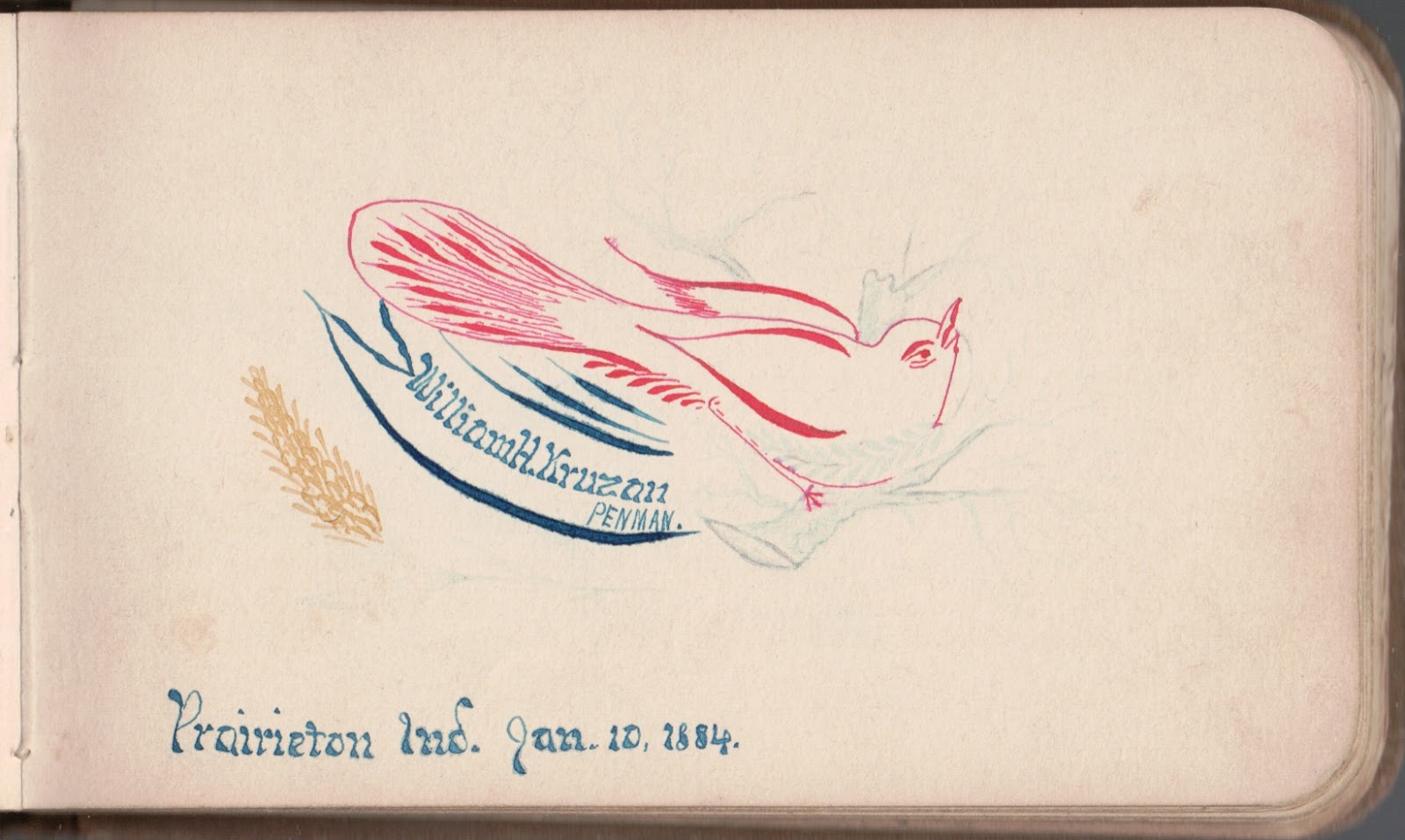 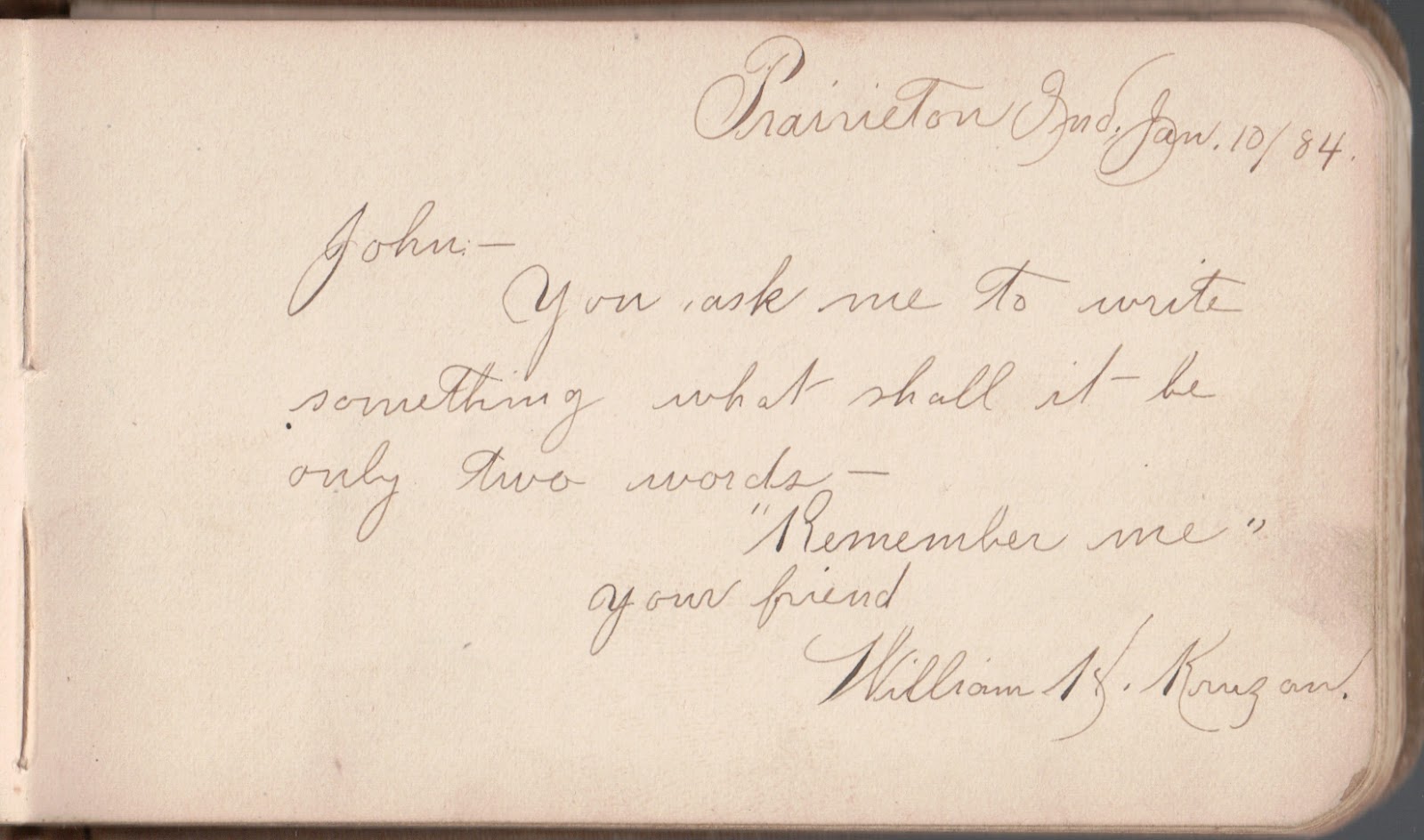 Signers in the album:    [Note: Given names within a specific surname may not be in alphabetical order.]