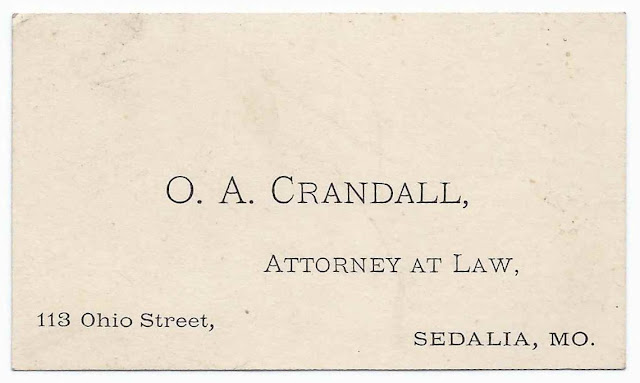 Orestes Augustus Crandall was born 25 February 1833 near Syracuse, New York, the son of Beaman and Mary Polly (Tuttle) Crandall, who were born at Coventry, Connecticut, and Hartford, Connecticut, respectively.  About 1835 Beaman and Mary moved their family to McHenry County, Ilinois, then known as the Crystal Lake Country.

Orestes Augustus Crandall was interested in zoology and geology and was well known for his study of fresh water snails.  Because of that, The Nautilus, a University of Delaware quarterly publication dedicated to the interests of conchologists, published Orestes' obituary in the Volume XV, May 1901 to April 1902.  The obituary outlines a very full and interesting life, from eight years of mining in California, to fighting in the Civil War, to opening a law practice in Sedalia, Missouri, and establishing the Pettis County Bank there and eventually becoming president of the Missouri Trust Company.

On 6 September 1864 in Pettis County, Missouri, Orestes Augustus Crandall married Katherine Allen Kidd, daughter of Allen Howard Kidd and Mildred B. (Garland) Kidd.  "Kate" was born 2 April 1838 in Missouri.  The couple had at least three children, and there may have been another who died in infancy:


(from the Register of the Society of Colonial Wars of the State of Missouri, published in 1909). 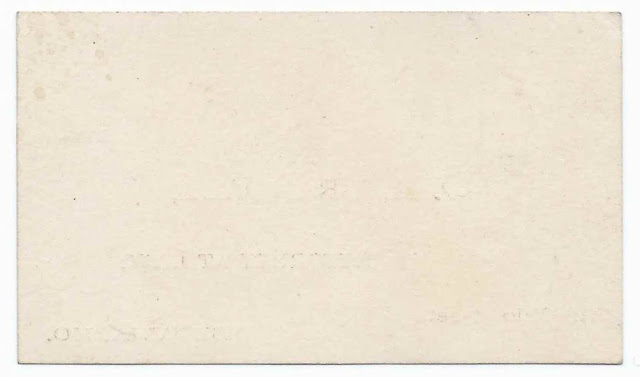