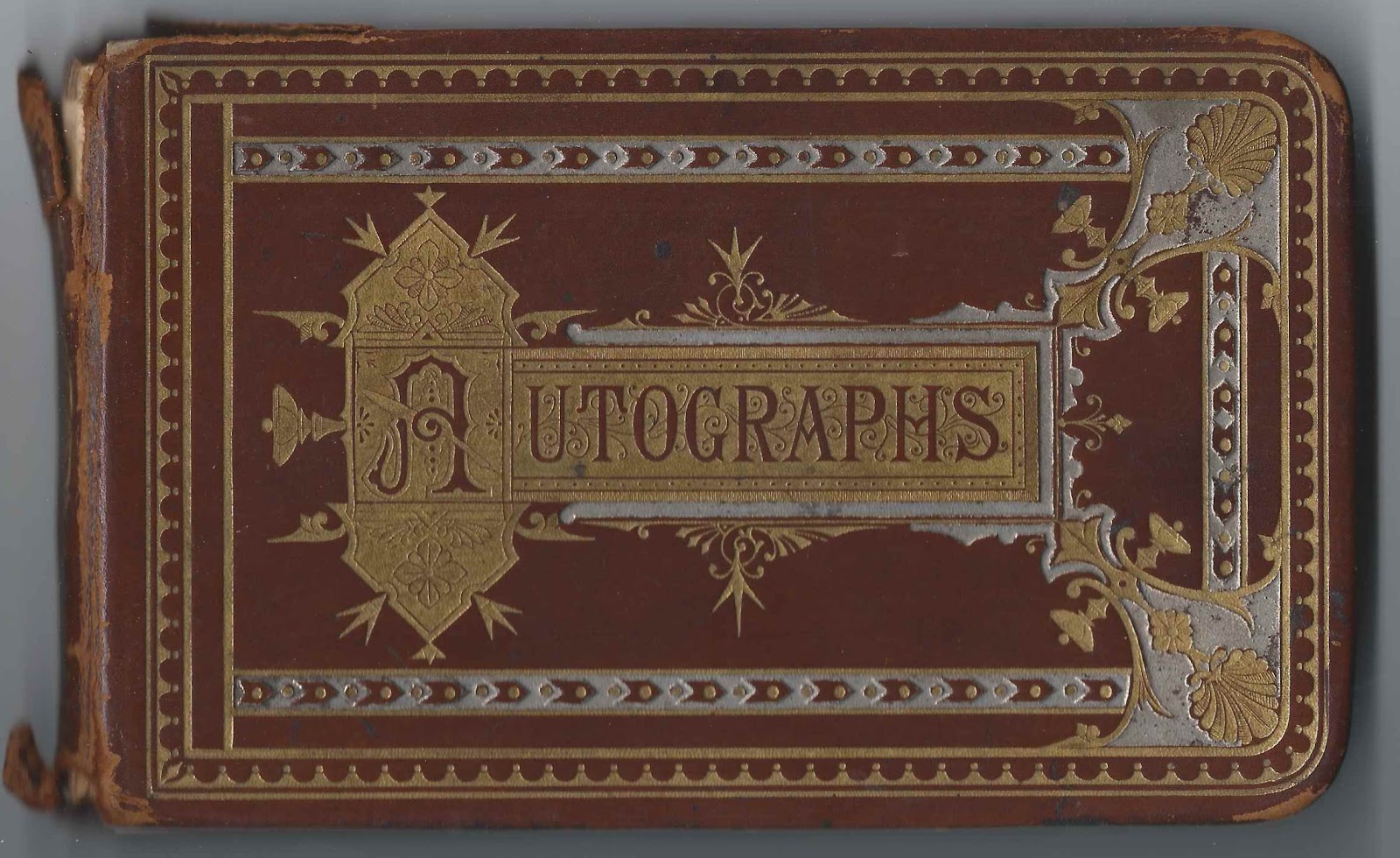 1878-1883 autograph album of Mary Ellen Griswold, "Ella", of Kinsman, Ohio.  The autographs were collected before and after Ella's marriage to George William Birrell. 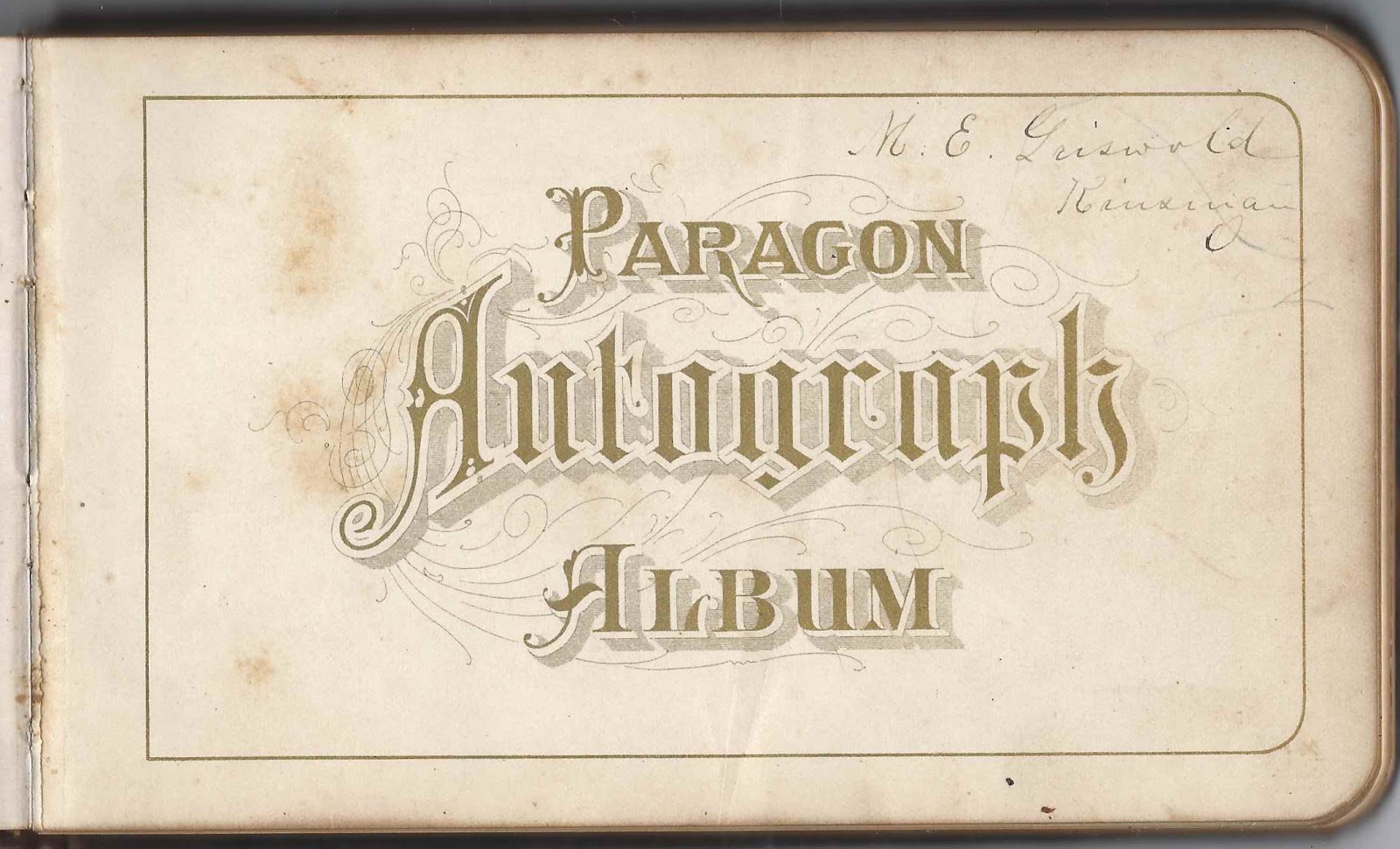 The album is approximately 7" x 4-1/4" and contains the sentiments of 44 of Ella's relatives and friends.  An alphabetical list of the signers appears at the end of this post.

The album also includes two items associated with women's suffragist Mary Ashton (Rice) Livermore: a receipt that she signed as having been paid $50 in full for an 1885 lecture at Kinsman, Ohio; and a short newspaper clipping of her death in 1905.  The clipping mentions that Mary had been a candidate for U.S. president on a woman's suffrage platform. 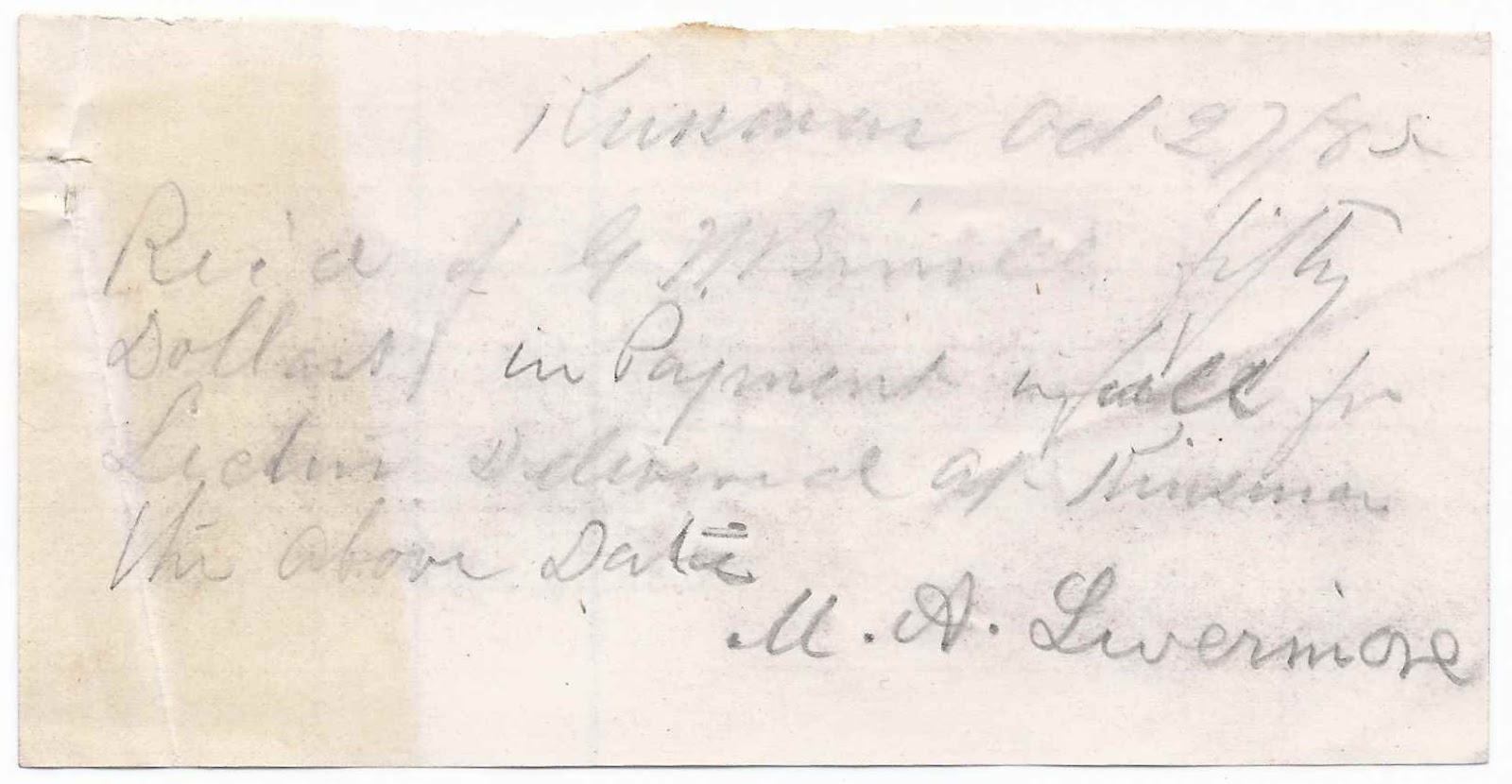 Mary Ellen Griswold was born 30 January 1859 at Gustavus, Ohio, the daughter of George Absalom Griswold and Mary Augusta (Sperry) Griswold, who were both Connecticut natives. 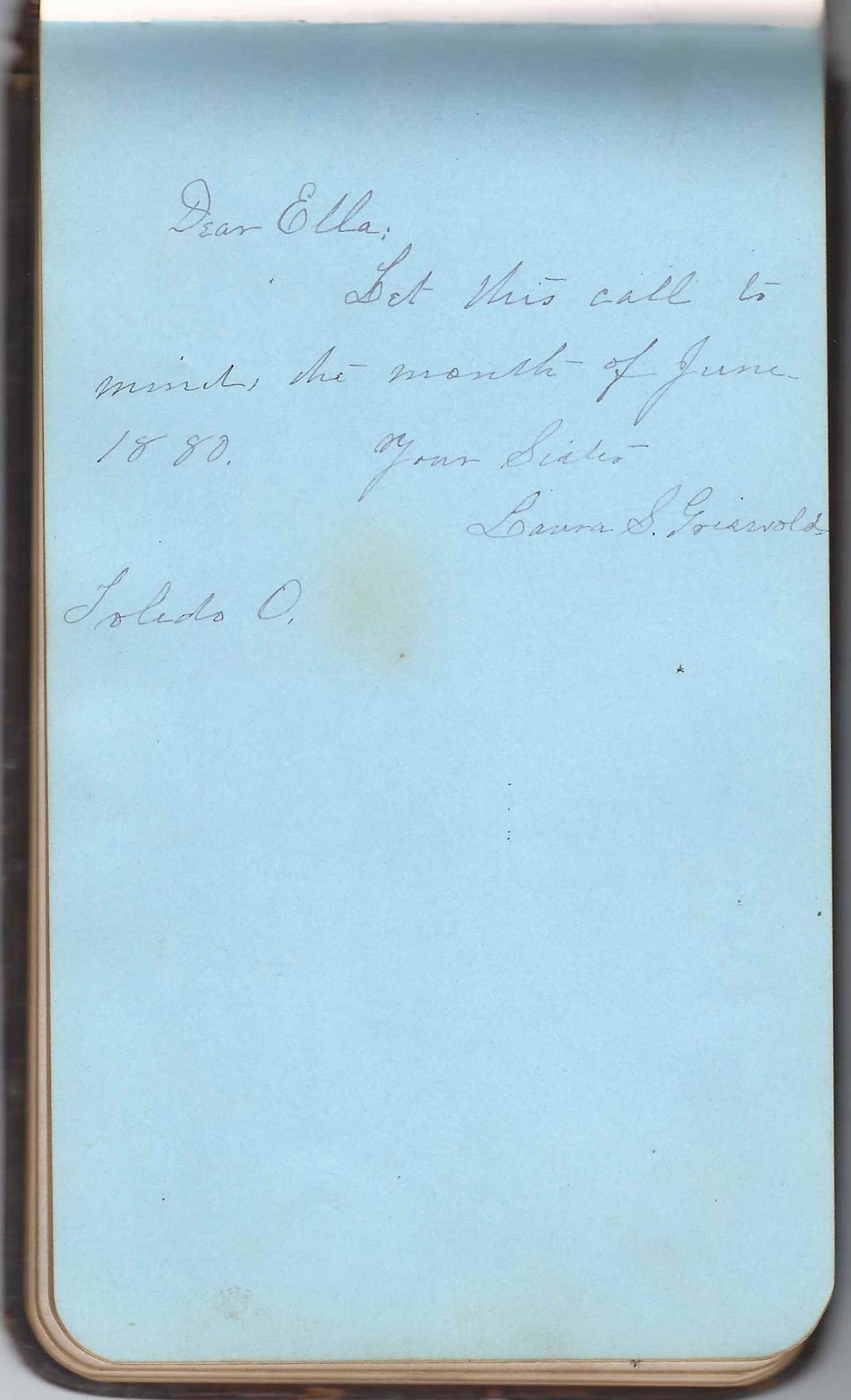 Two of Ella's father's sisters signed pages in her album.  One was Ellen Frances (Griswold) Strieby, who signed a page at Kinsman, Ohio, on June 29, 1883. 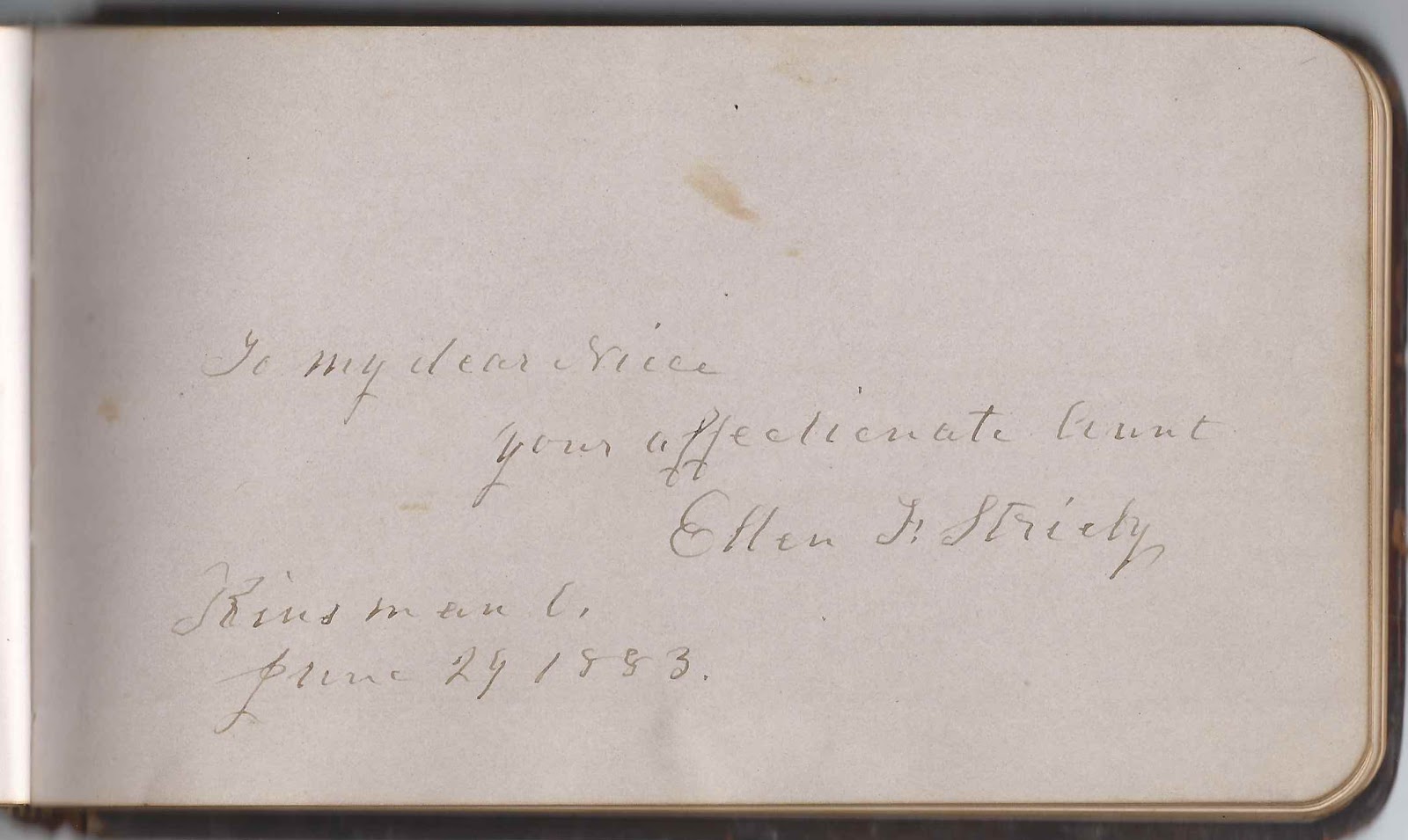 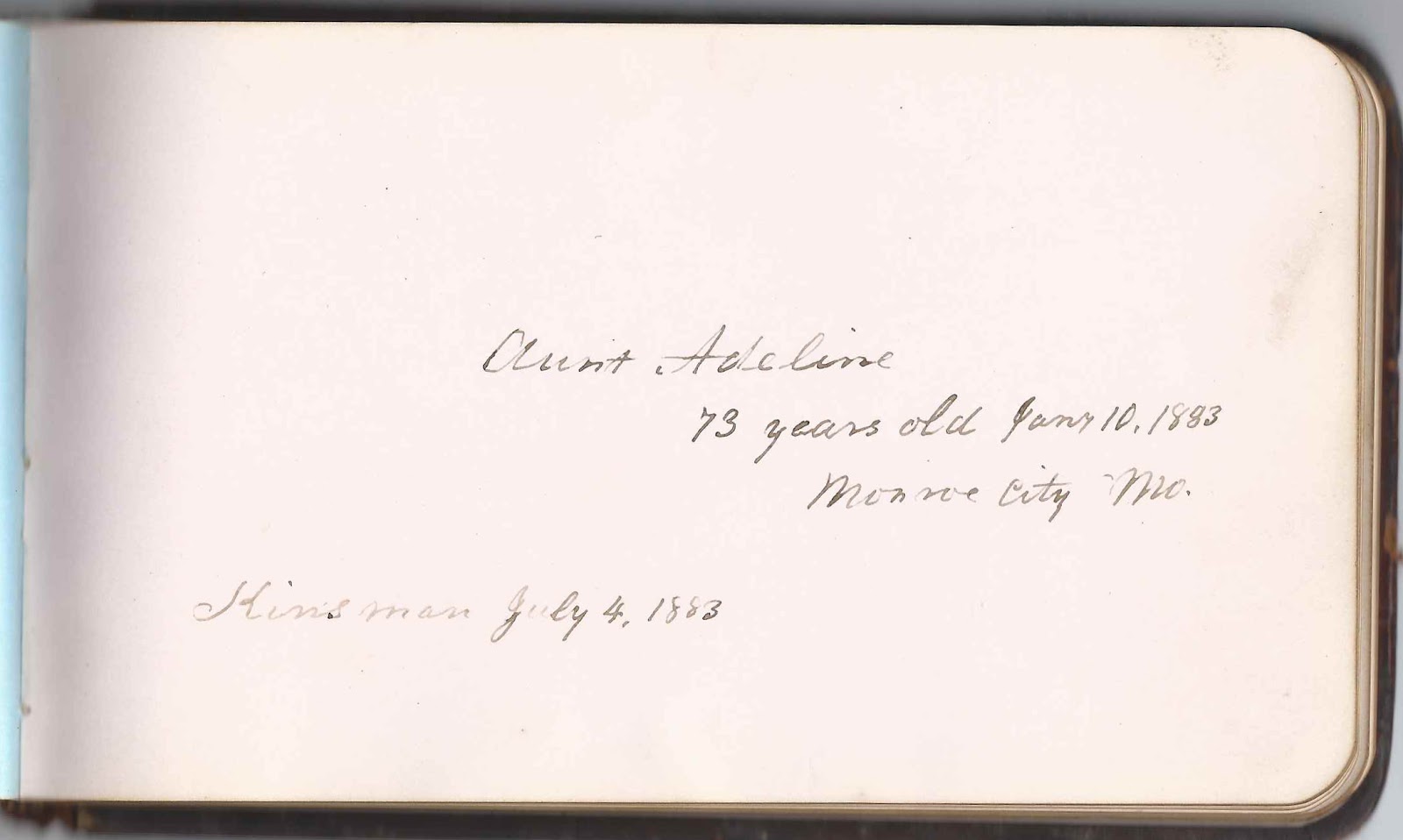 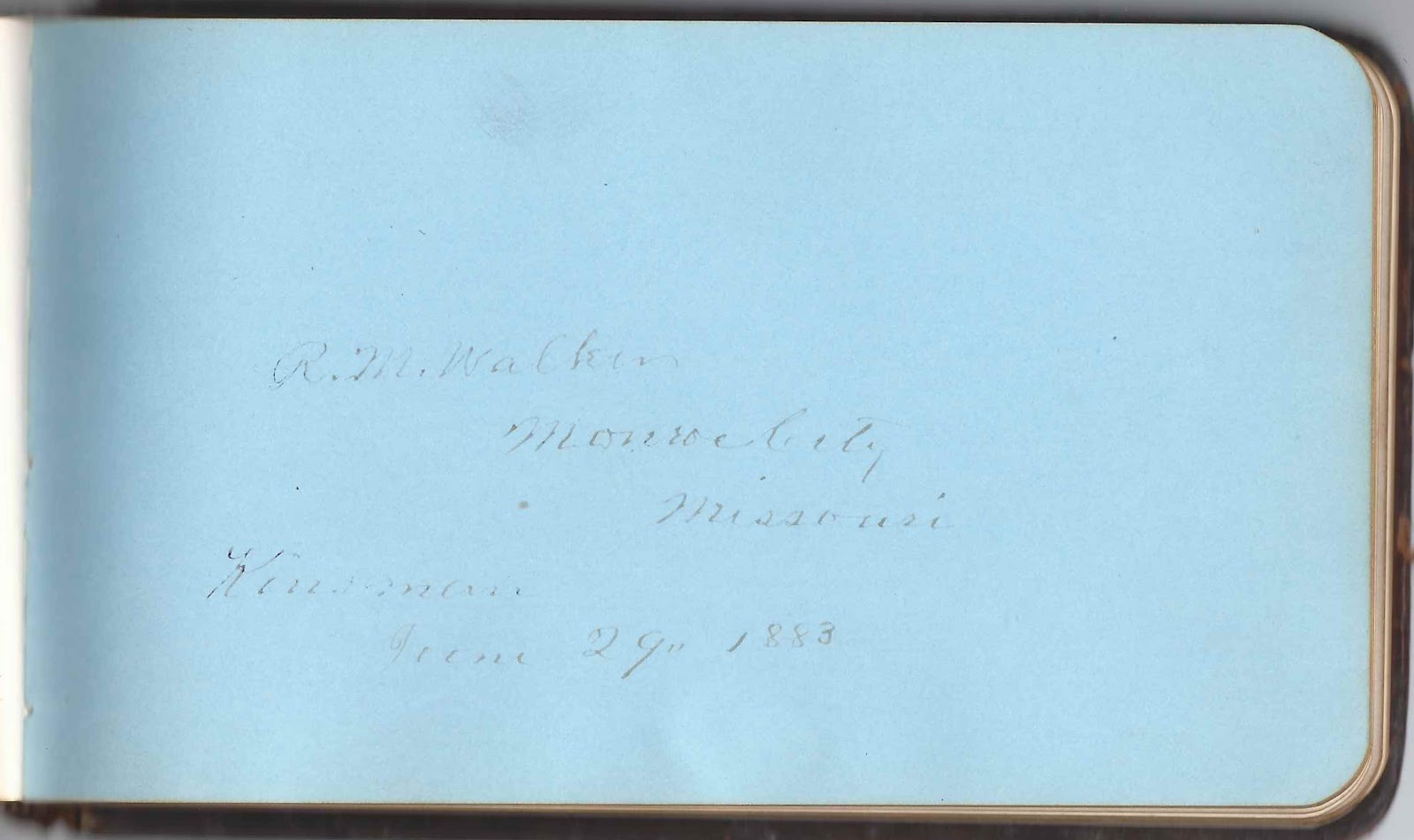 For the names of other relatives who signed pages in the album, refer to the list of signers below.

On 25 November 1880 in Trumbull County, Ohio, Mary Ellen Griswold married George William Birrell, son of George and Nancy Birrell according to "A Twentieth Century History of Trumbull County, Ohio", source of the link preceding, or son of Henry and Agnes (Bonthrone) Birrell, as mentioned in various online trees. 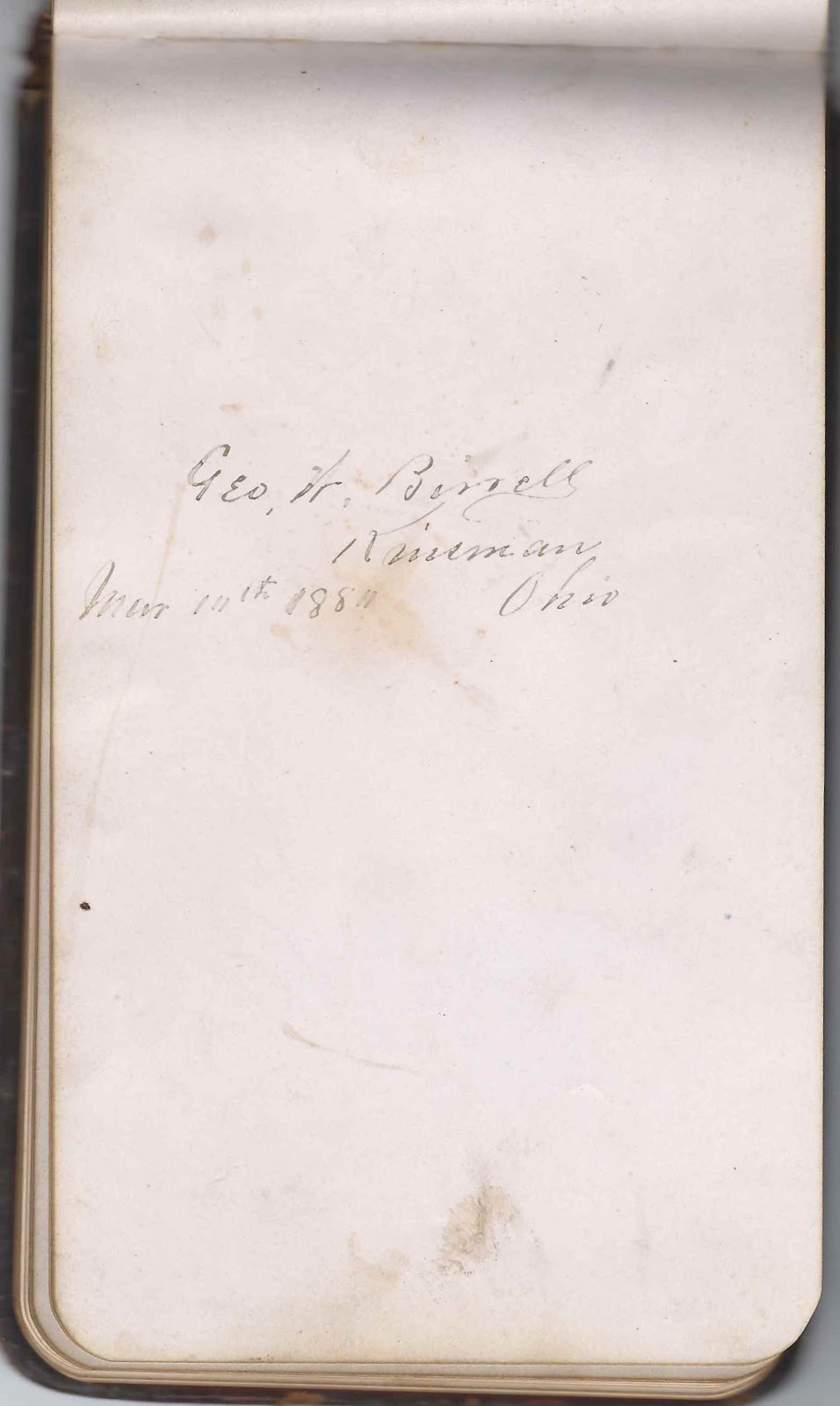 Ella and George would have three children before George's death in 1907.  Ella lived until 1928. 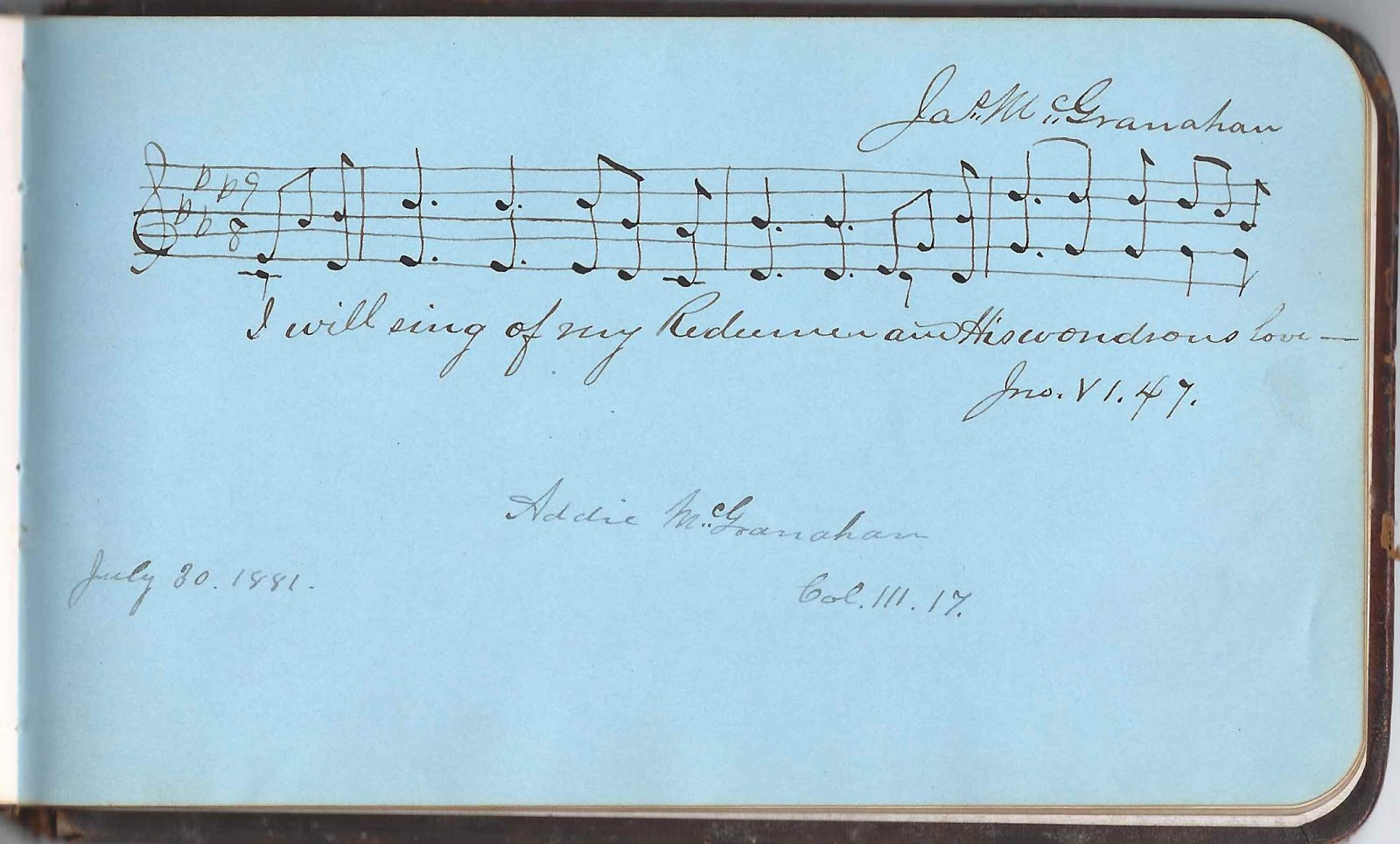 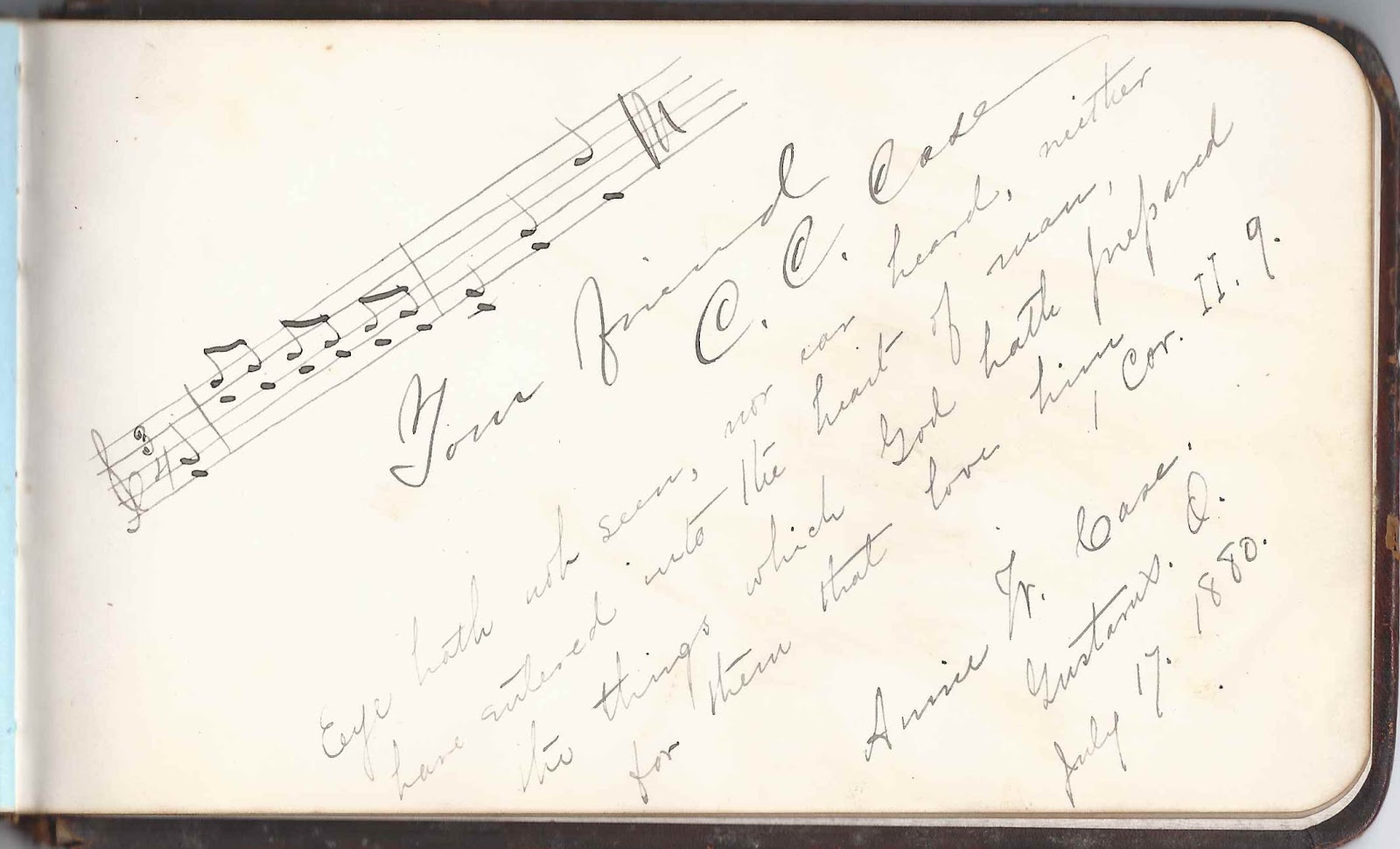