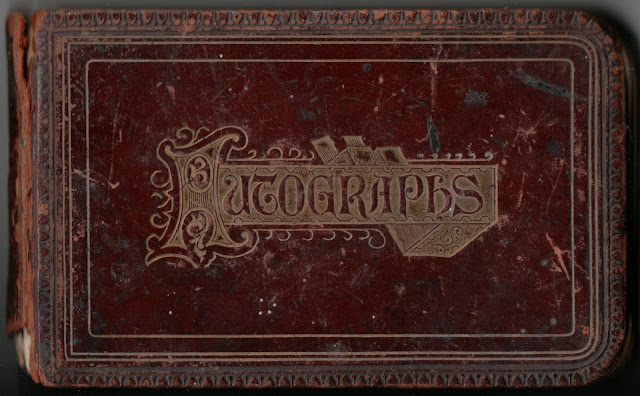 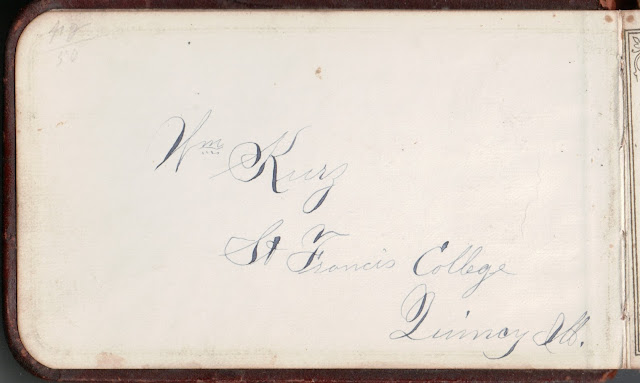 The album is apprxoximately 5-1/4" x 3-1/4" and contains of the sentiments of 39 of Williams's schoolmates, friends and relatives.  An alphabetical list of the signers appears at the end of this post. 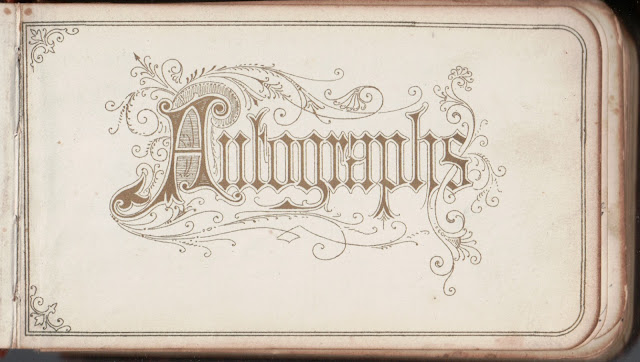 William Kurz was born 19 July 1865 at Mauch Chunk, Pennsylvania, a town which is now called Jim Thorpe, the son of Joseph and Walburga (Weisenhorn) Kurz, who had immigrated from Baden, Germany.

Walburga's brother Abraham Weisenhorn and his wife Emma Johanna (Buscher) Weisenhorn signed pages in William's album on May 19, 1883.  They were living at Helena, Montana, where Abraham was the president of the Weisenhorn Carriage Company.  Whether they had traveled east or William had traveled west, I don't know. 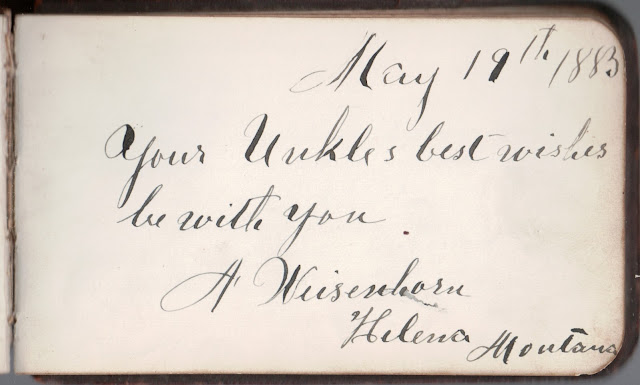 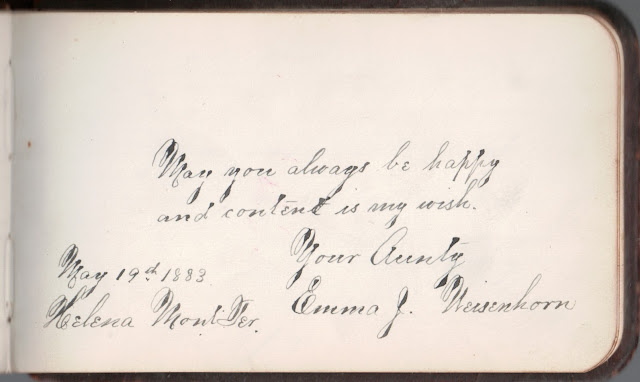 On 24 October 1888 at Quincy, Illinois, William Kurz married Emma Regina Mast, daughter of Joseph Mast, Jr., and Anna Maria (Bross) Mast.  Emma was born about November 1866 at Quincy, Illinois.  Interestingly, there's a page in the album signed by an Emma. 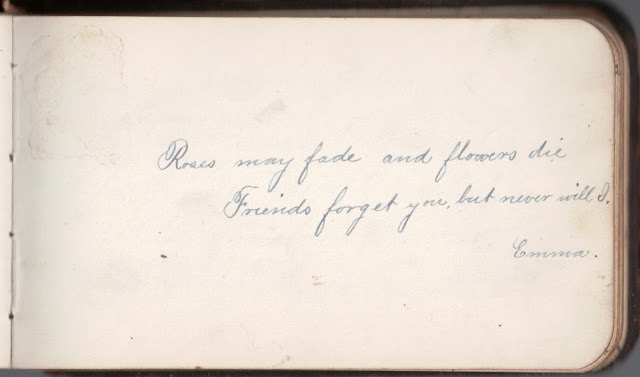 While I don't know if the Emma who signed the page above was Emma Regina Mast, I do know that Emma's older sister Christina (Mast) Sonnet signed a page on November 6, 1889.  She was the wife of Frank Sonnet. 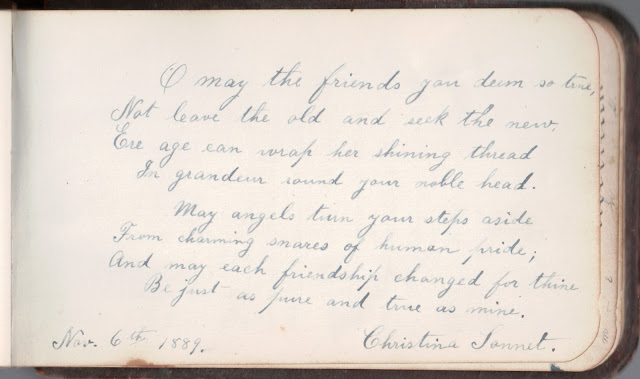 William and Emma Kurz lived at Quincy, Illinois, and had, I think, six children.  William was a machinist.  Emma died in 1919, and William in 1927.

The 1880 Census of Quincy, Illinois, included many of the students boarding at St. Francis Solanus College, which was an enormous help in deciphering some of the handwriting.  The page below, signed in German at Quincy, Illinois, on June 3, 1883, is beyond my scope, so I hope I reader happens by and provides a translation.

A reader has provided the sentiment and notes that there's no name attached to it.
Roses and carnations
All flowers wilt
But like an evergreen
Shall your mothers love bloom.
Quincy, July 3. 1883 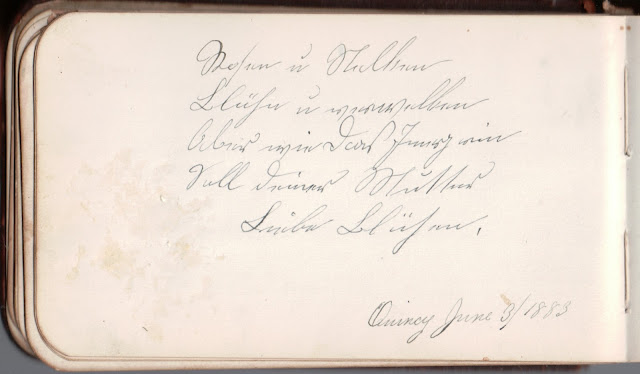 List of signers     [Note: Given names within a specific surname may not be in alphabetical order.]