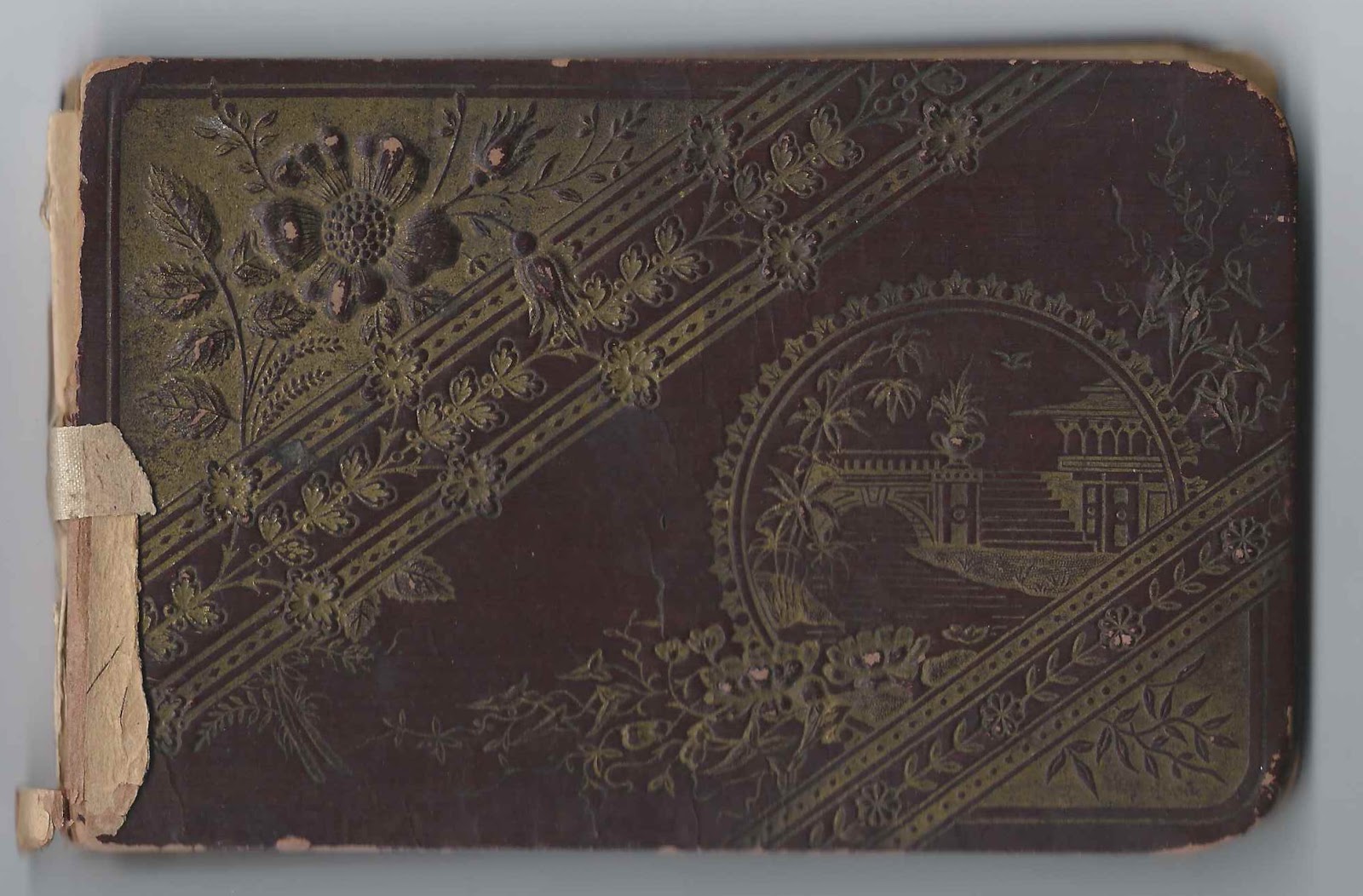 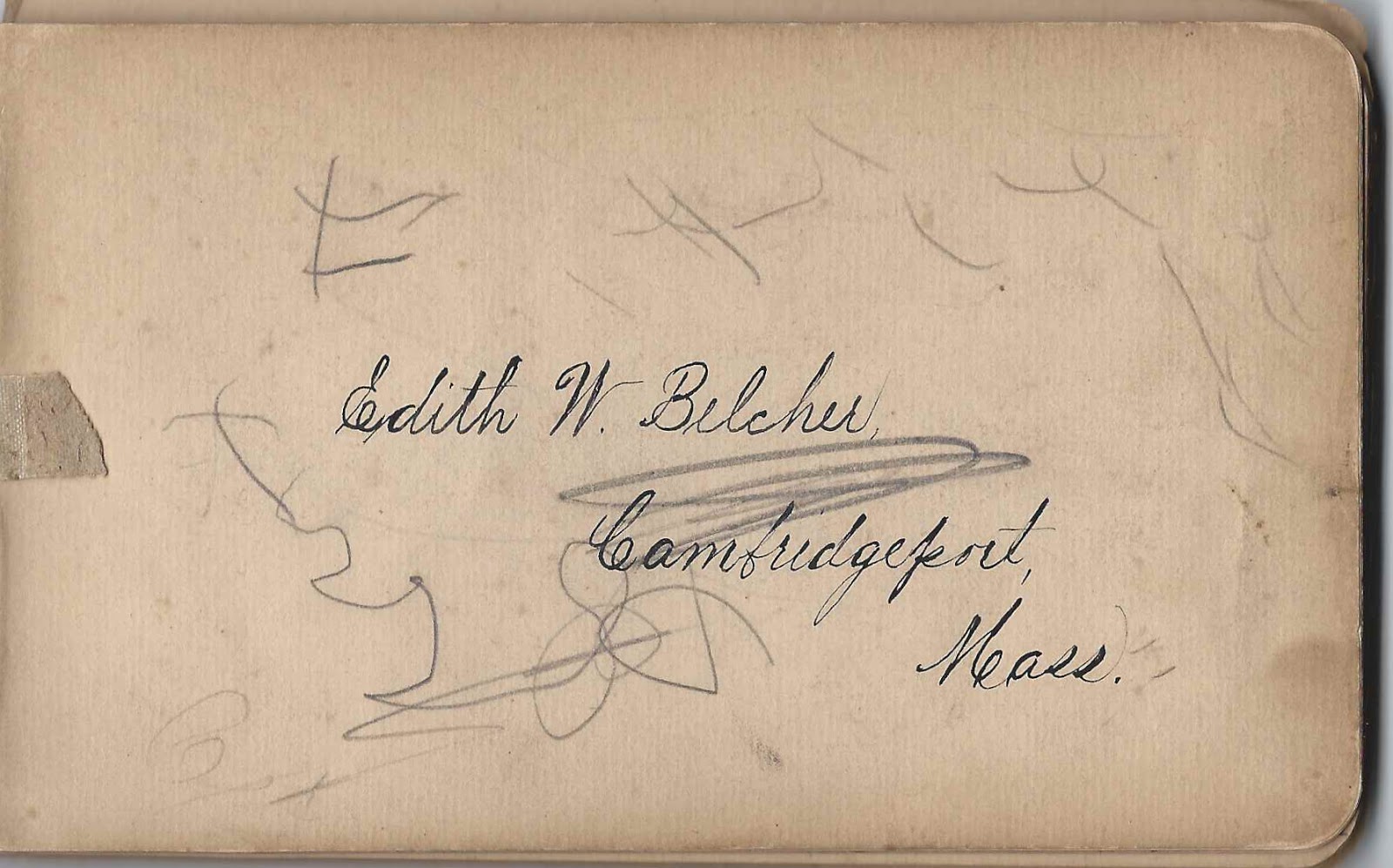 The album is approximately 6" x 3-3/4" and contains the sentiments of 19 of Edith's relatives and friends.  An alphabetical list of the signers appears at the end of this post. 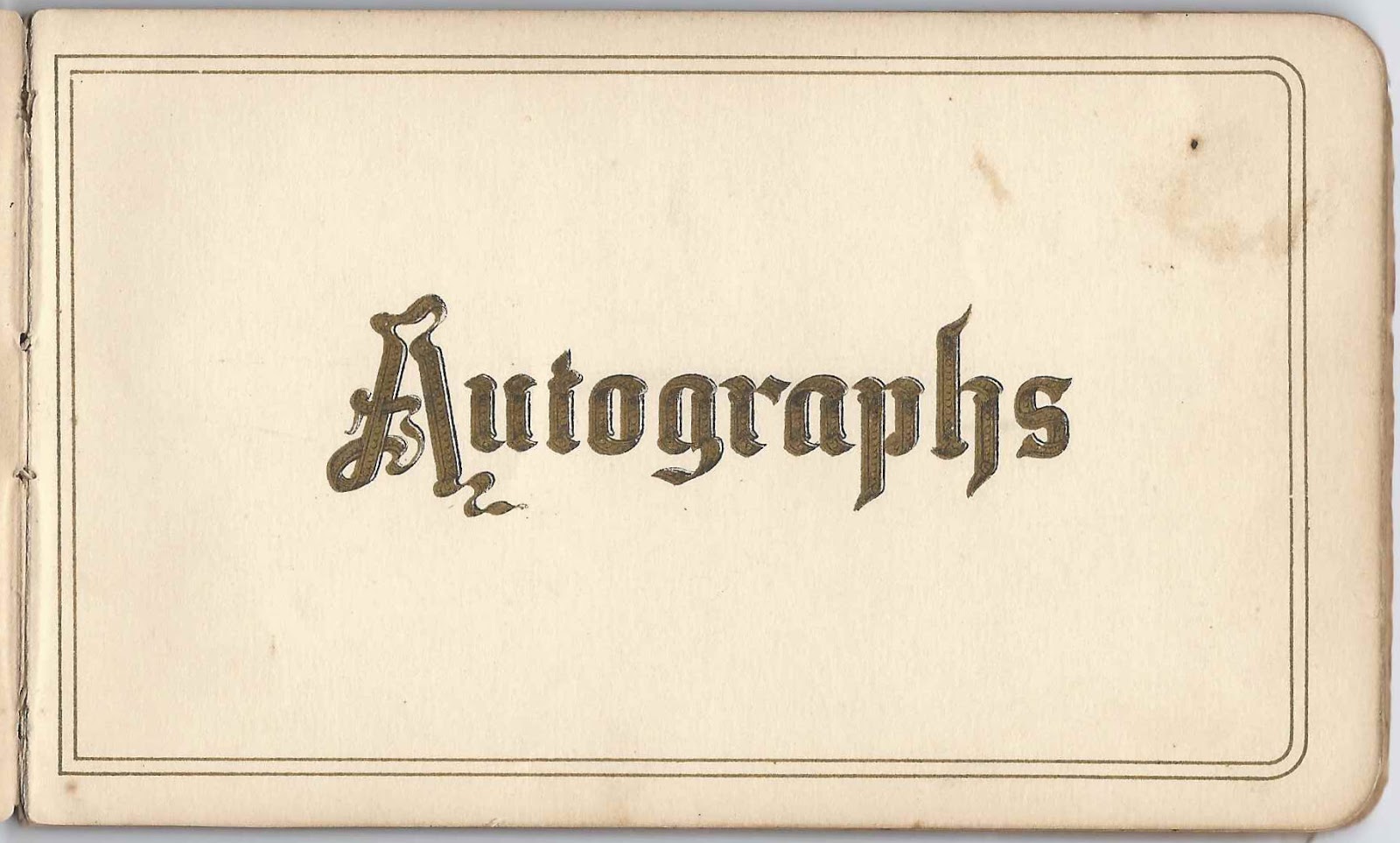 Edith Williams Belcher was born 5 November 1875 at Cambridge, Massachusetts, the daughter of Joseph W. Belcher and Sarah Annah (Comey) Belcher, who were both natives of Foxboro, Massachusetts.  Edith's father Joseph died in 1888, during the time that the pages in the album were collected.

I believe that the Sarah Belcher of Cambridgeport, Massachusetts, who signed a page on June 29, 1894 was Edith's mother, Sarah Annah (Comey) Belcher. 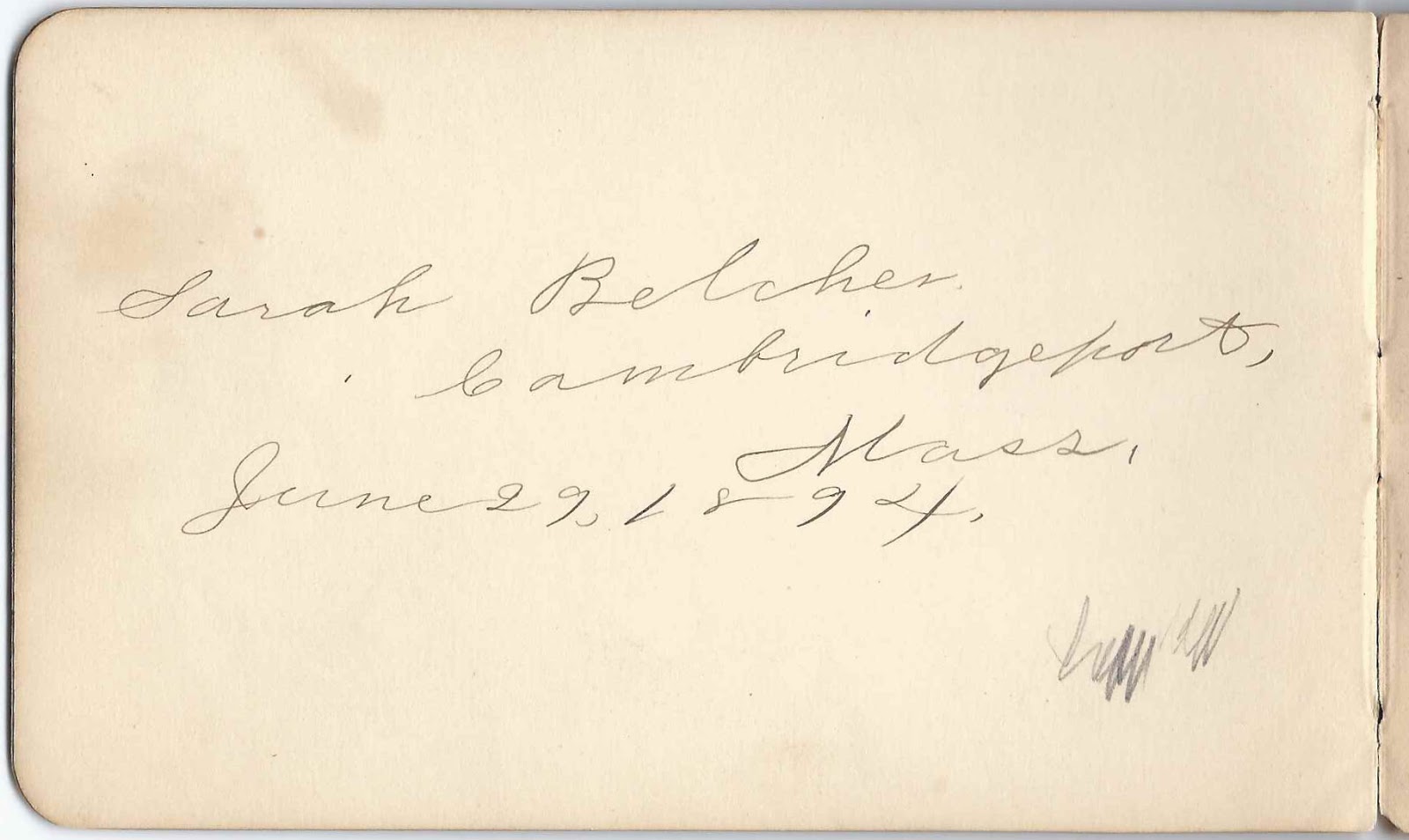 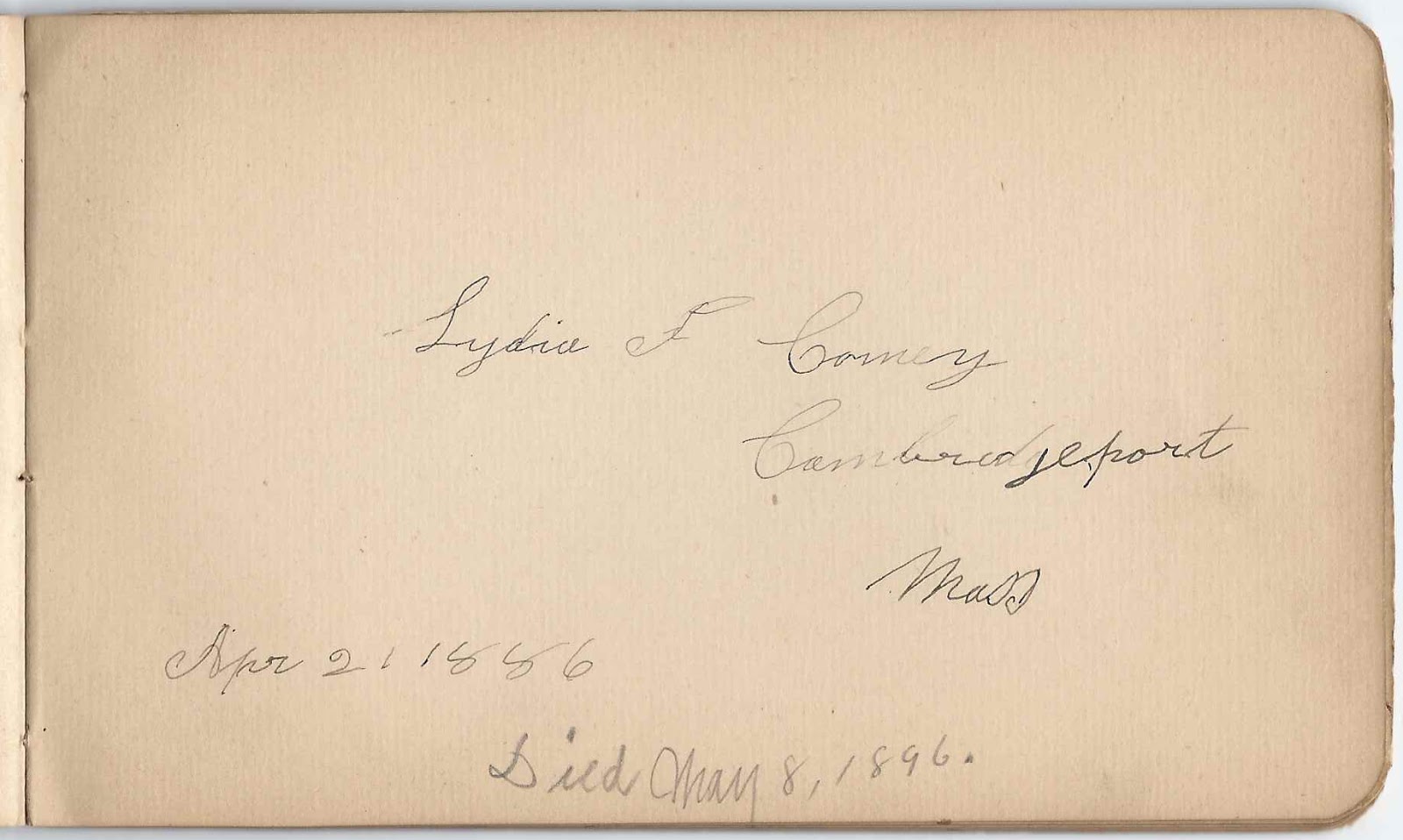 The M. Emma Comey of Cambridgeport, Massachusetts, who signed a page, may have been Mary Emma Comey, daughter of Lydia F. (Morse) Comey and sister of Sarah Annah (Comey) Belcher. 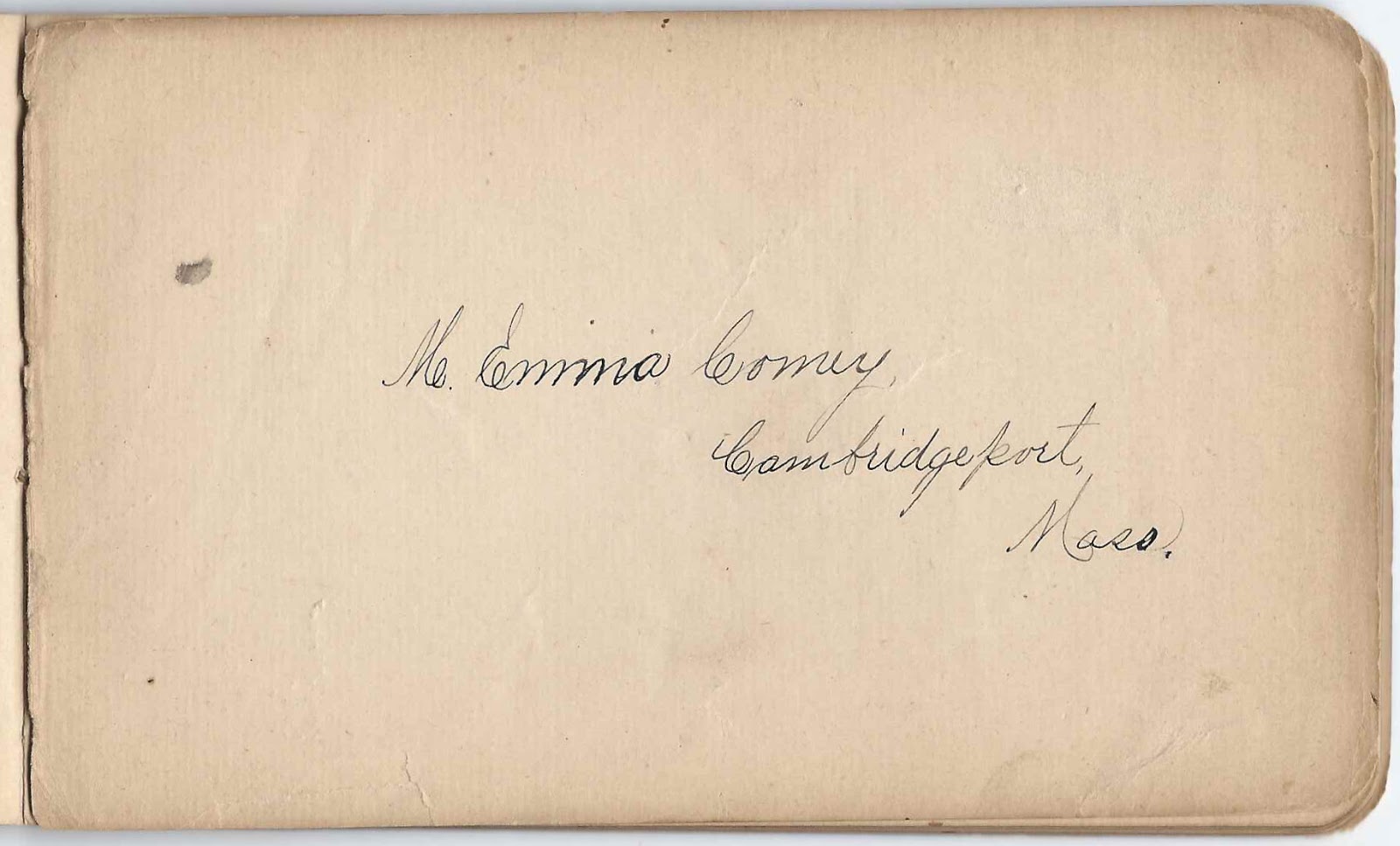 Edith younger sister Marion Ellis Belcher signed two pages in the album, one of them on June 29, 1894. 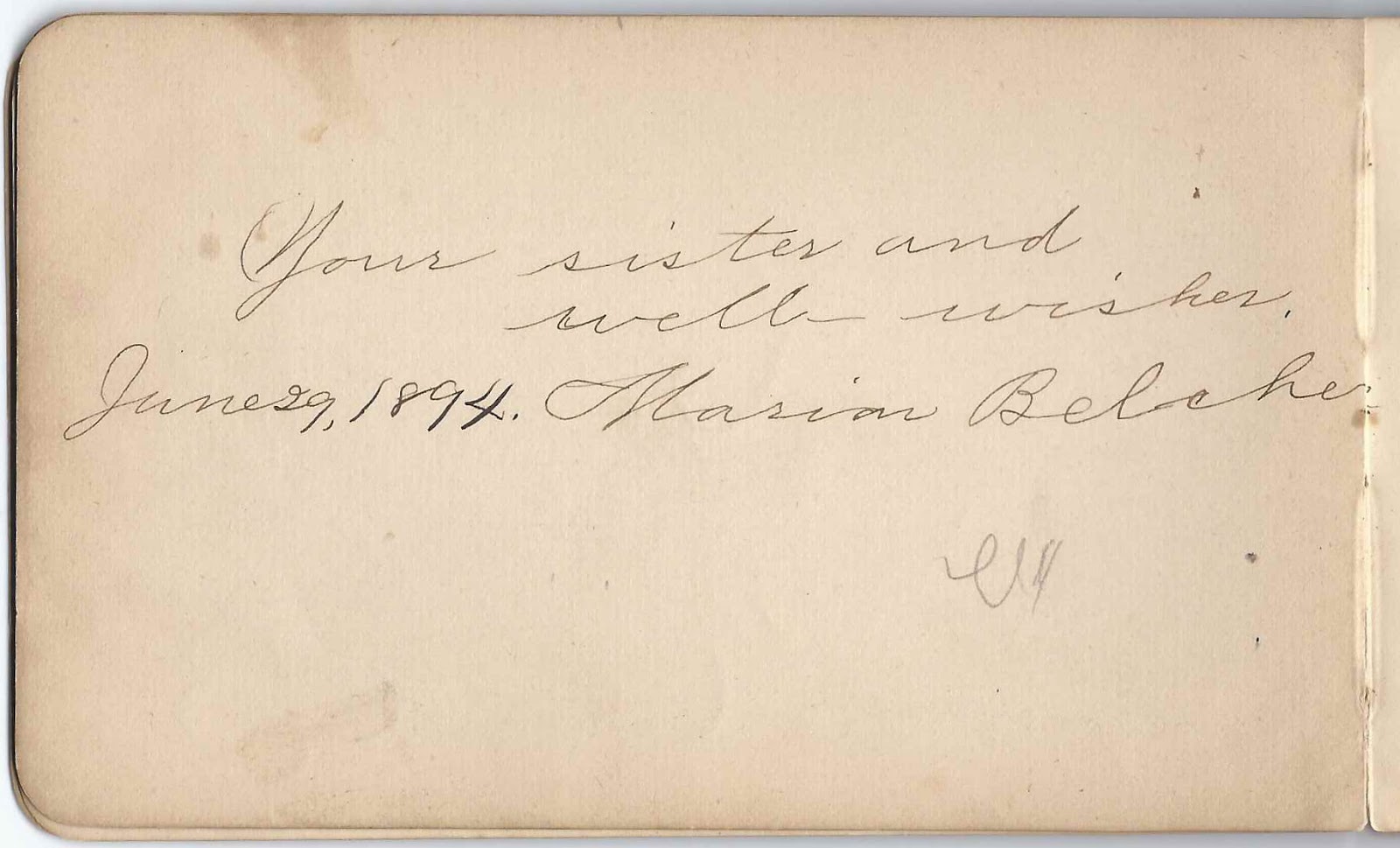 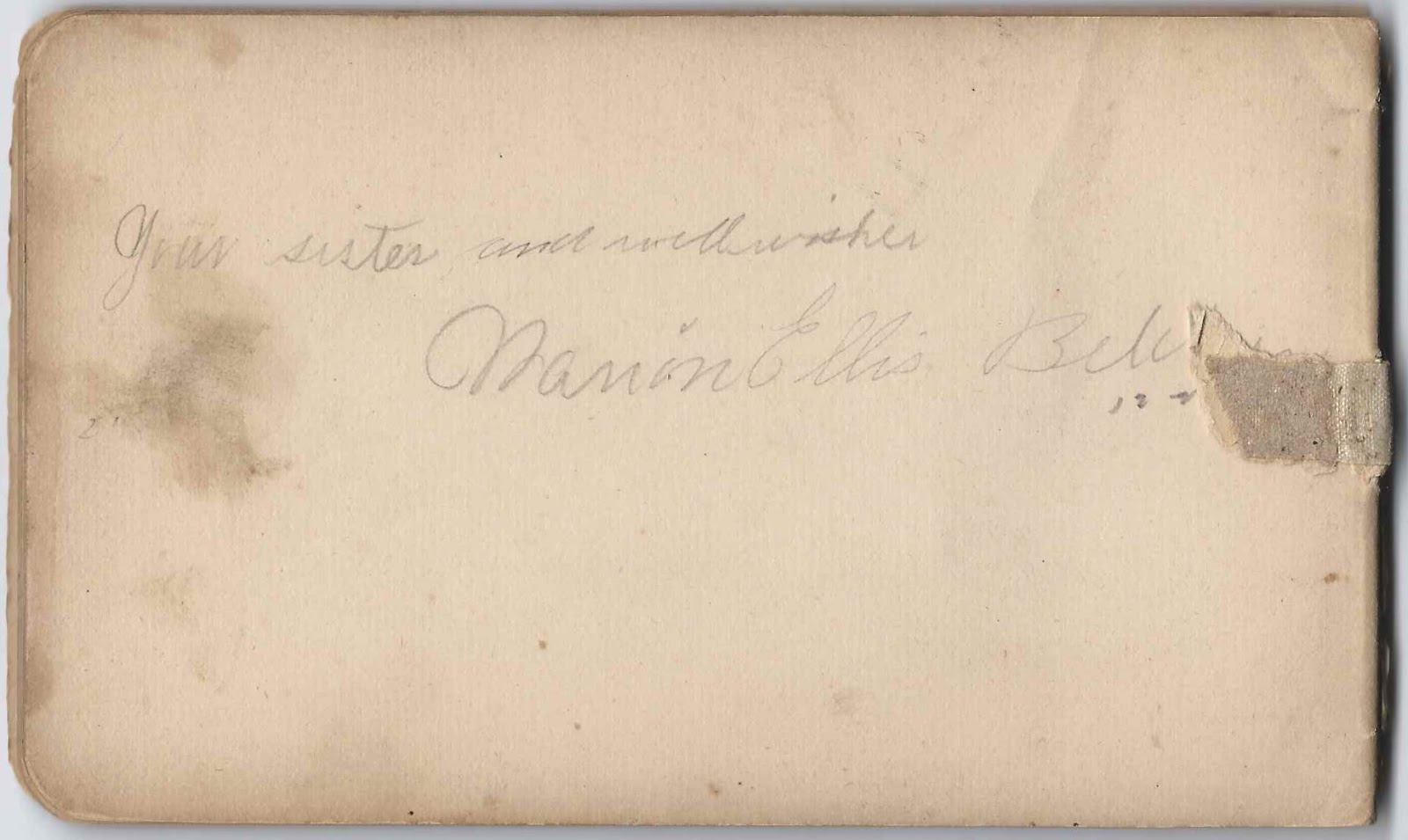 Intriguingly, one of the signers had the surname Ellis; it's possible that Marion was named in her honor.  The signer was Clara M. Ellis, who is listed as boarding with Edith's maternal grandparents, George and Lydia Comey, and working at a tin factory in the 1880 Census of Cambridge, Massachusetts.  Marion Ellis Belcher was born in 1884.

Clara was born at Wellington, Maine, about 1857, the daughter of Adkins Ellis, Jr., and Abigail (Dore) Ellis. On 30 September 1885 at Wellington, Maine, Clara married Ansel F. Corson, son of Isaac Jerry Corson and Asenath (McPhee) Corson.  They were listed in the 1910-1920 Censuses of Athens, Maine, but it seems that they were not always together, perhaps because of economics or strife, as I also found Clara in other Censuses during those times.  They had at least seven children, perhaps more.  Sadly, according to the death records, on June 17, 1922 at Athens, Maine, Ansel killed Clara and then fatally shot himself. 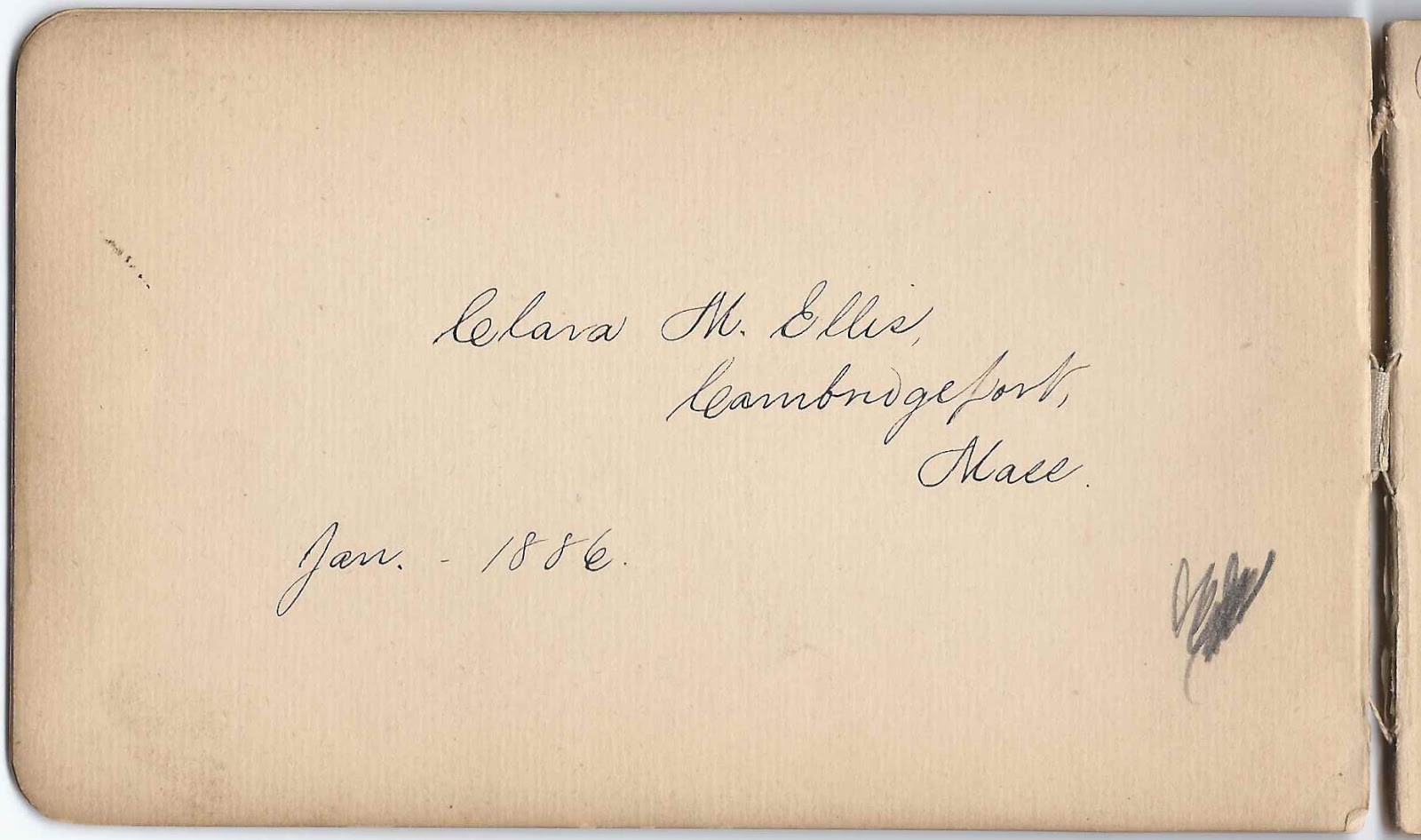 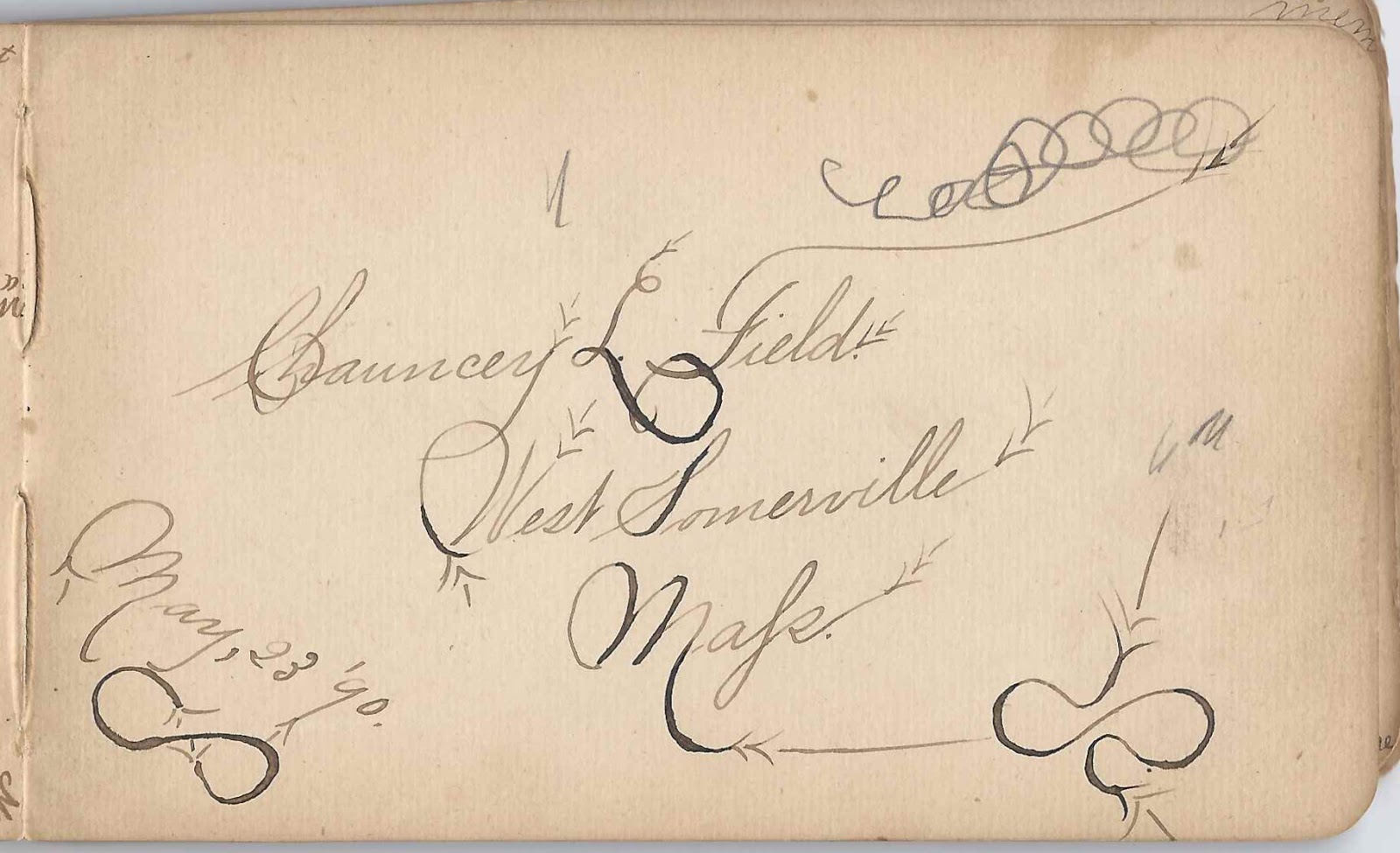 Edith and Chauncey raised their four children at Somerville, Massachusetts.  I believe Chauncey owned or managed a laundry business.  From what I could find, Chauncey died about 1931 and Edith in 1960.

Surnames in the album    [Note: Some appear multiple times.]

Posted by Pam Beveridge at 9:04 AM