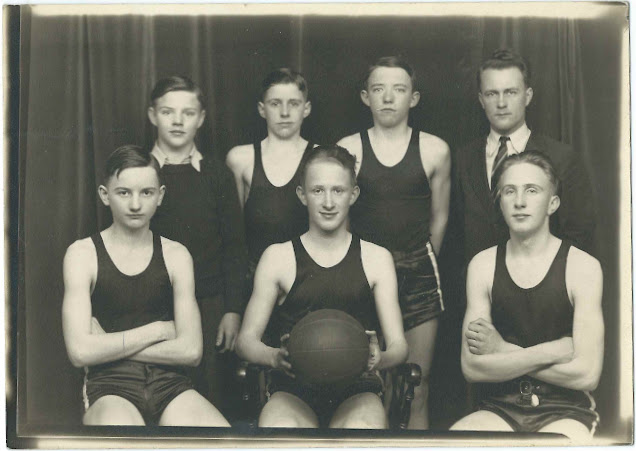 Five sports-related photographs from teams at Dover-Foxcroft Grammar School and Foxcroft Academy at Dover-Foxcroft, Maine, two from around the turn of the century and three dating to between 1939 and 1944, with Howard Eugene Huntington appearing in those three. 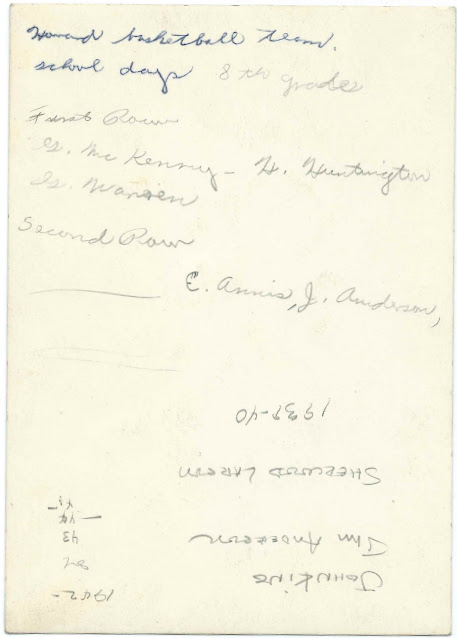 1939 basketball team of Dover-Foxcroft Grammar School; Howard Eugene Huntington is one of the team members, possibly back row, third from left. 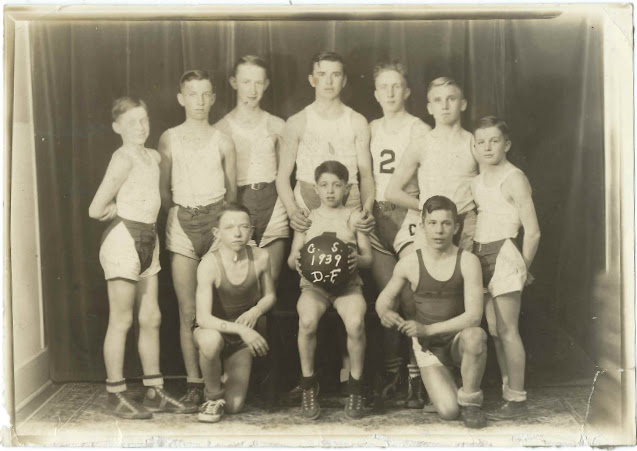 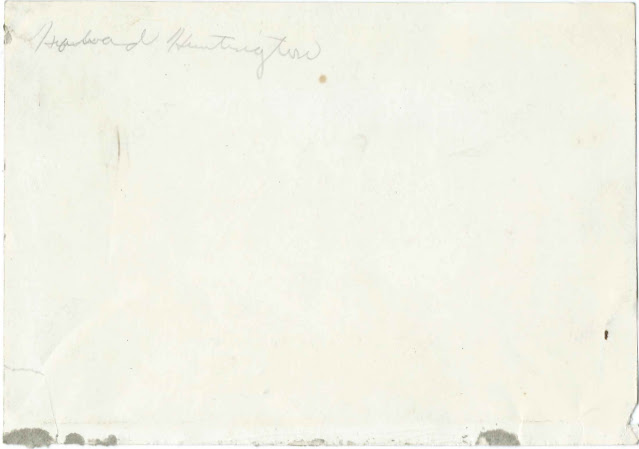 Photograph of Howard's winning cross country team at Dover Foxcroft, presumably in the early 1940s.  The team won national championships in 1942 and 1943; Howard was on the 1943 team, and perhaps also on the 1942 team. 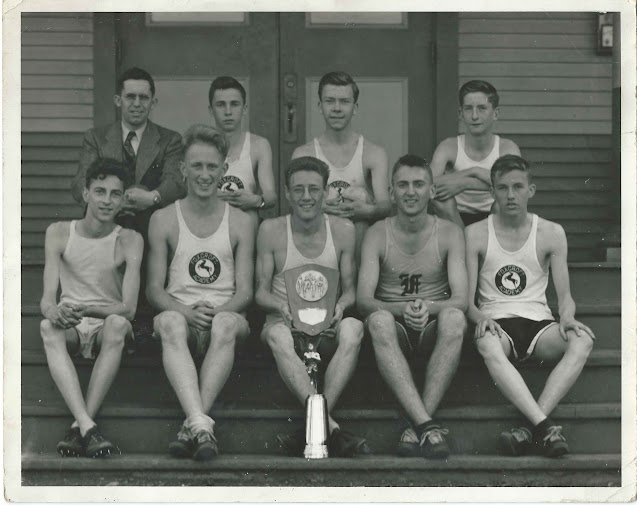 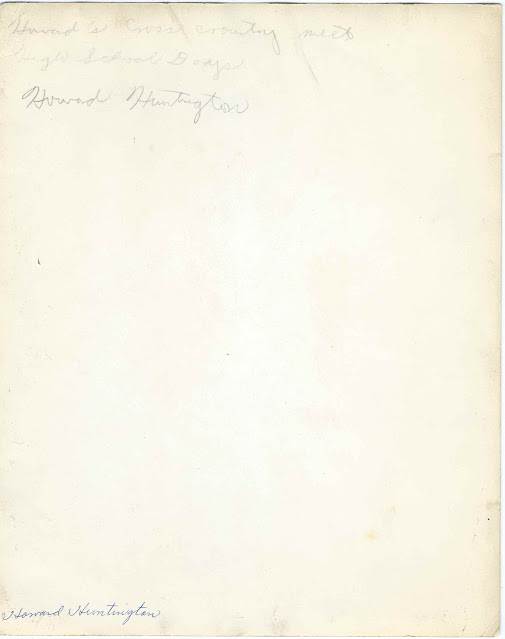 Two other photographs appear to be from an earlier period at Foxcroft-Academy, one of a 1903 basketball team and another of a football team.

The photograph of the D & F basketball team has the stamp of the Wilson studio of Dover-Foxcroft on the reverse, so perhaps it's a copy of an earlier photograph, as Dover and Foxcroft didn't merge into one municipality until 1922, unless the hyphenated name was in parlance before then. 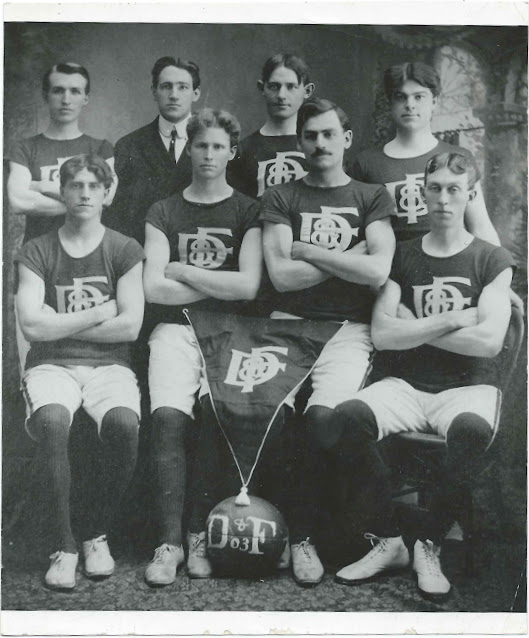 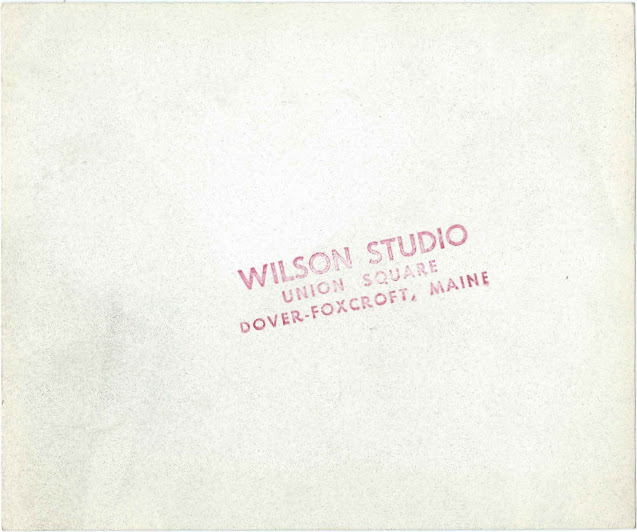 Luckily, the Foxcroft Academy website contains a copy of the photograph of the 1893 football team,  below, and the young men are identified. 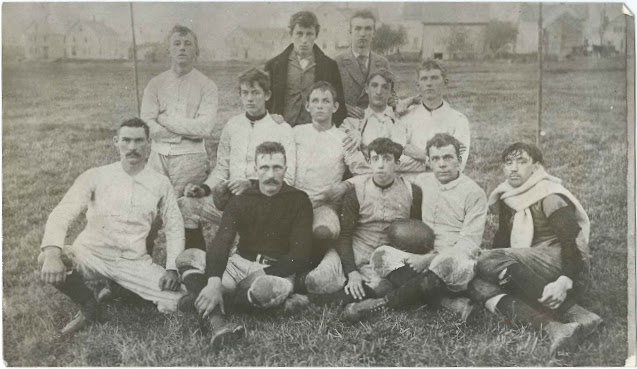 From brief online research, hopefully correct and being vague for privacy reasons:  [corrections and additions requested, with discretion for the privacy of living people]

Howard Eugene Huntington was born in 1925, the son of Kenneth E. Huntington and Ivy Alice (Merrill) Huntington.  Howard married Gladys J. French in 1945.  They had three daughters and were active citizens in the Dover-Foxcroft area.  Howard died in 2002; there are scholarships at Foxcroft-Academy in his memory.

If you have corrections to the information above or information about any of the other people in the photographs, please leave a comment for the benefit of other researchers.