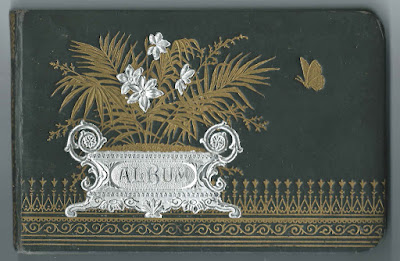 1887-1888 autograph album owned by Ransom C. Pingree of New London, New Hampshire, with many of the inscriptions acquired at the Parker House at Kennebunkport, Maine. 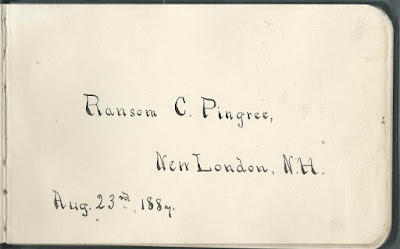 The album measures approximately 7-3/4" by 5" and contains the sentiments of 30 of Pingree's friends, some of whom mentioned schools, such as F.S.S. and Northfield Seminary.  I wonder if many of the inscribers were attending a conference at Kennebunkport or perhaps were working at the Parker House, shown below. 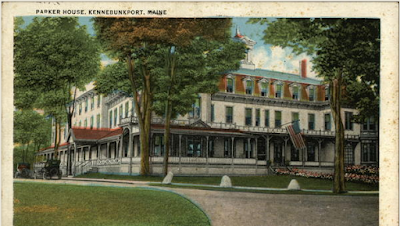 Lillian E. Smith of Denmark, Maine, inscribed a page at the Parker House on September 18, 1877. 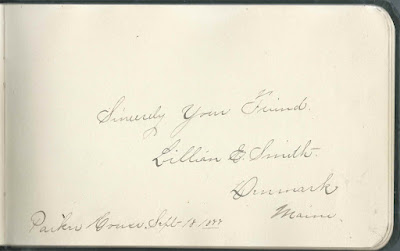 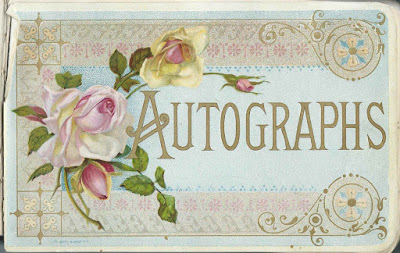 There were several men by the name of Ransom C. Pingree with ties to New Hampshire and Maine.   Find more information on the Pingree family here.  It's interesting to note that many online trees have the different men confused.

By 1887, the first Ransom C. Pingree mentioned would have been living at Lewiston, Maine, unless he had moved to New London, New Hampshire, for a short period.  The most plausible Ransom seems to be the third choice, but perhaps a reader will have more information.

The two inscribers who mentioned Northfield Seminary in Massachusetts were Nellie E. Ryan of Colchester, Connecticut and Louise White.  They both had excellent handwriting and were perhaps part of the faculty rather than students. 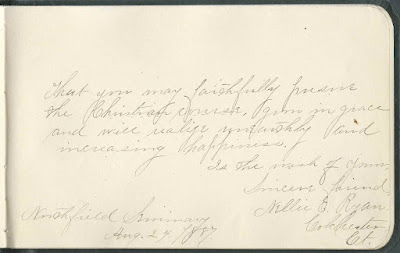 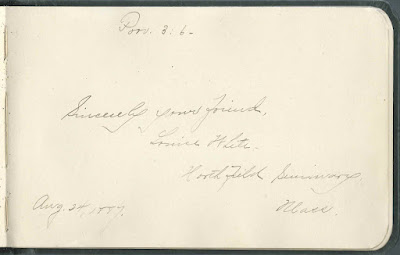