1855 Diary of a Farmer at Turner, Maine, Presumably of Gen. Phillips Bradford, State Legislator in 1866-67 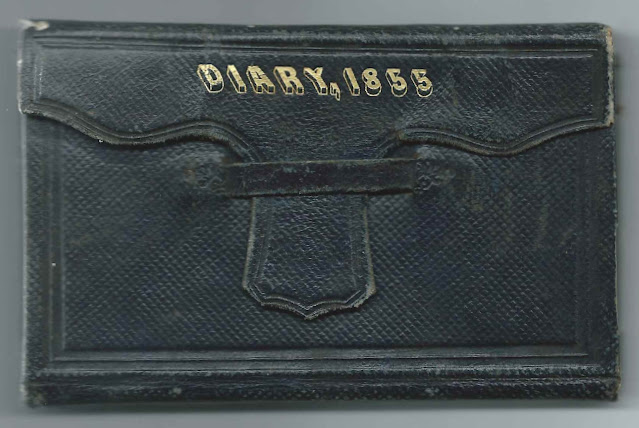 April 15, 2016:  A reader has forwarded additional information on the family of Phillips Bradford of Turner, Maine, including a newspaper article in the Lewiston Evening Journal dated December 31, 1908, shown farther below.  The article contains a photograph of the farmhouse of Phillips Bradford's Nezinscot Farm.

1855 diary that, from clues in the entries, presumably belonged to farmer Philips Bradford of Turner, Maine.  See, farther below, alphabetical lists of people and places mentioned in the diary.

Bradford was a legislator and, apparently, an abolitionist, as several entries mention going to a Negro meeting.  He also mentions the nomination of Anson Peaselee Morrill for Governor of Maine. 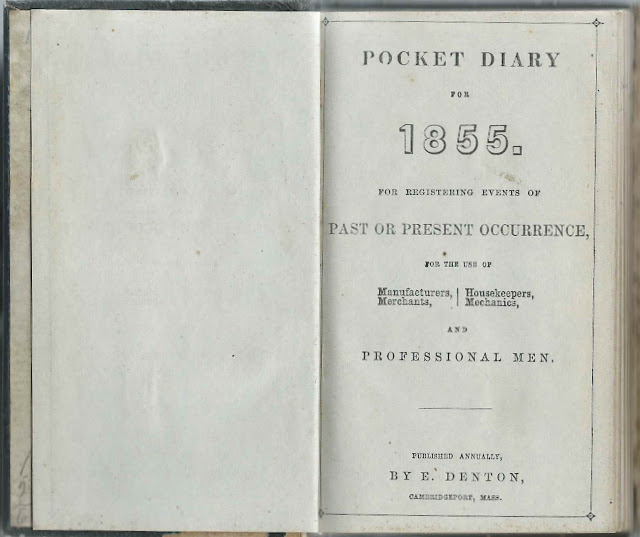 Phillips Bradford was born at Turner, Maine, on September 28, 1816, the son of William and Chloe (Phillips) Bradford.  On May 27, 1839 at Minot, Maine, Phillips married Mary Brett Bird, daughter of Royal and Polly (Reynolds) Bird.  Phillips and Mary had two children, both mentioned once in the diary:
Read more about the family history of Phillips Bradford and Mary (Bird) Bradford here, in the Genealogical and Family History of the State of Maine, Volume 1, by Henry Sweetser Burrage and Albert Roscoe Stubbs.

Thanks to a reader, here is a link to an interesting article about Admiral Royal Bird Bradford in the December 31, 1908 issue of the Lewiston Evening Journal.  The article includes photographs, including one of the farmhouse of Nezinscot Farm, the farm that Admiral Bradford inherited from his father Phillips Bradford.  The archives of the Lewiston Daily Sun and Lewiston Evening Journal, now combined into one, the Sun Journal, contain many articles about the Bradford family.

In at least one of the entries, noting Rose's departure for school at Westbrook, Maine, possibly Westbrook Seminary, the owner changed the date to 1856, but perhaps for that entry only, as some entries after December 31, 1855 are dated 1856.   "Rose" was presumably Martha Rosetta Bradford. 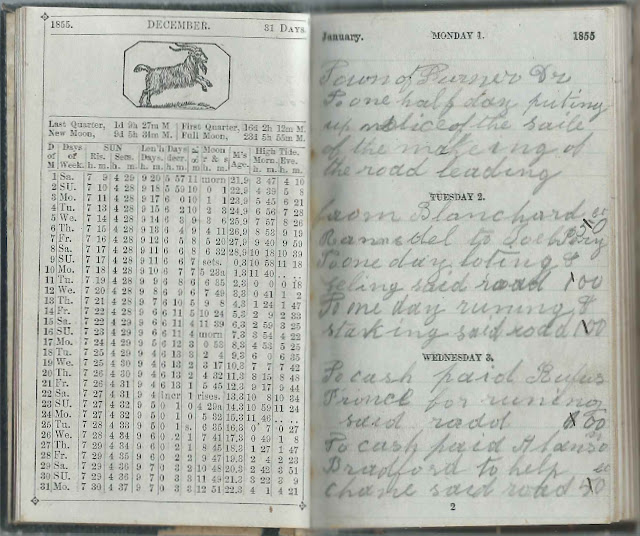 Alphabetical list of places the farmer lived or visited: 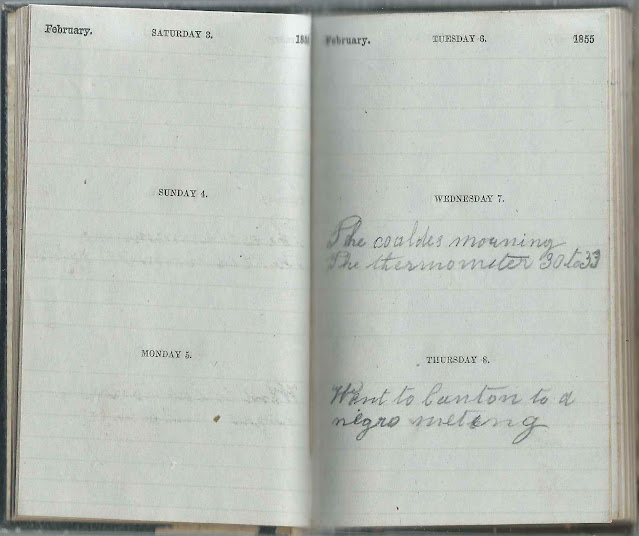 Alphabetical list of people mentioned in the diary; names may be misspelled.  Some names appear multiple times.

If you have information on any of the people mentioned in this diary, please leave a comment or contact me directly.

Posted by Pam Beveridge at 2:16 PM