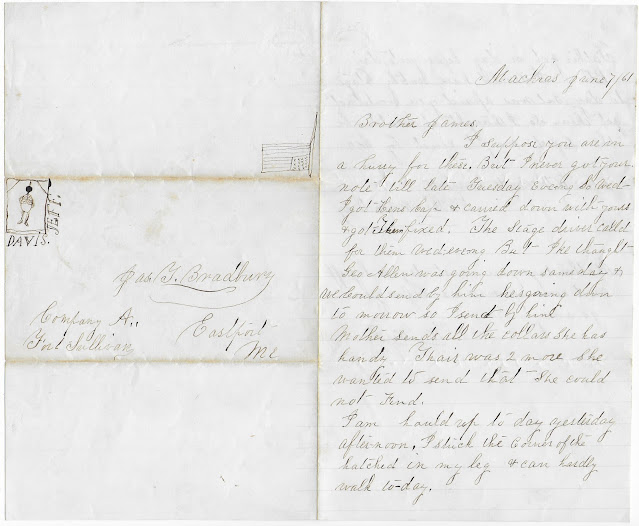 June 7, 1861 letter from William Wyer Bradbury (1843-1901), "Willie", in Machias, Maine, to his brother James True Bradbury (1840-1863), serving in Company A at Fort Sullivan in Eastport, Maine.
The letter features a sketch by Willie of Jefferson Davis hanging in effigy. The letter was written after the attack of April 1861 on Fort Sumter in South Carolina, and contains the implication that James would be leaving Fort Sullivan, presumably for war.
Sadly, James did not survive the war; he died in the Second Battle of Rappahannock Station in Virginia, in November of 1863. 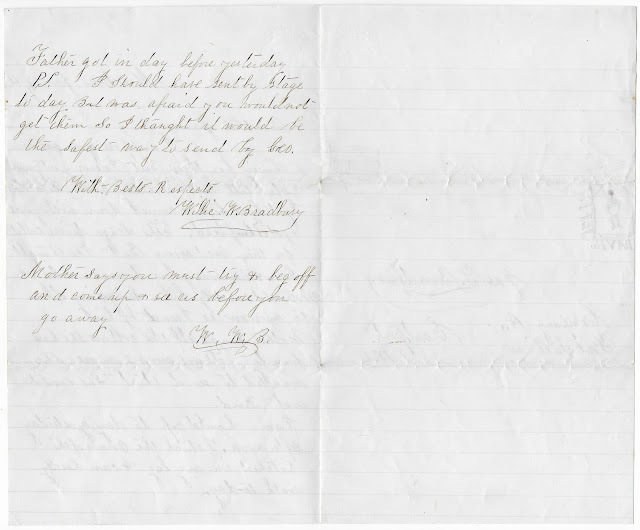 Mentioned in the letter:
If you have information to share on the Bradbury and Webber families or information on a likely prospect for George Allen, please leave a comment for the benefit of fellow researchers.
Despite the map below, bear in mind that travel between Machias and Eastport was just as likely to have occurred by sea.