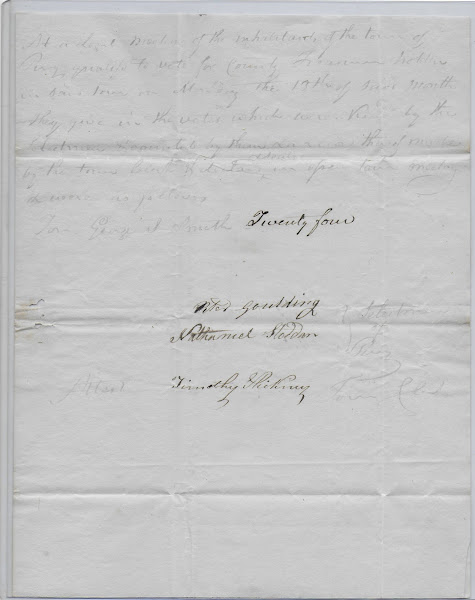 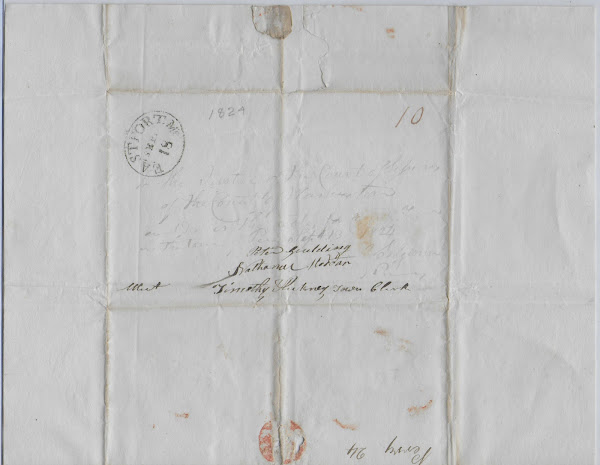 The count was postmarked at Eastport, Maine and directed to the Justice(s) of the Court of Assessors of Washington County, presumably at the county seat in Machias, Maine.
At a legal meeting of the inhabitants of the town of Perry qualified to vote for County Treasurer holden in said town on Monday the 13th of said month they give in the votes which were ___ [viewed ?]  by the Selectmen & counted by them in accord thereof made by the town clerk & declared in open town meeting & were as follows
For George S. Smith Twenty four
Attested by Peter Goulding and Nathan Stoddar, Selectmen of Perry, and Timothy Stickney, Town Clerk
If you have corrections to the information above, please leave a comment so the facts may be corrected, for the benefit of other researchers.
Although the map below shows the land route between Perry and Machias, the more likely route was from Perry, Maine, to the nearby port of Eastport, Maine, and then by sea to Machias.
Posted by Pam Beveridge at 7:13 AM