Two Undated 19th Century Cornish documents in Same Handwriting: partial copy of a Will; copy of 2 Descriptions of Lots of Land 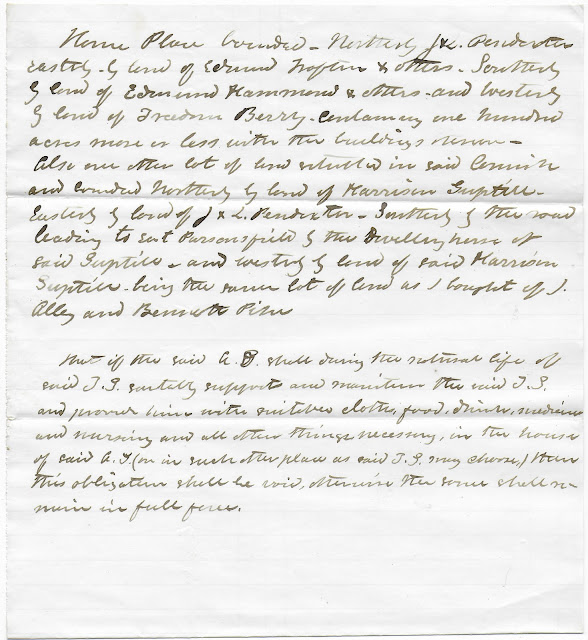 Two undated 19th Century Cornish, Maine, documents written in the same hand, perhaps copies or first drafts of official documents. They may have been written by a Cornish lawyer or scribe.
The document above is the description of two lots of land, perhaps owned by the writer.  Several names are mentioned; see a list of names and a transcription farther below. Any help with errors and omissions in the transcription would be greatly appreciated.
The second document appears to have been a copy of the last will and testament of Timothy Guptill (1782-1868) of Cornish. The document ends abruptly on the overleaf; it may have been a first draft. Note: the FindaGrave memorial gives his name as Guptail, but Guptill shows in the photograph of the stone attached to the memorial. 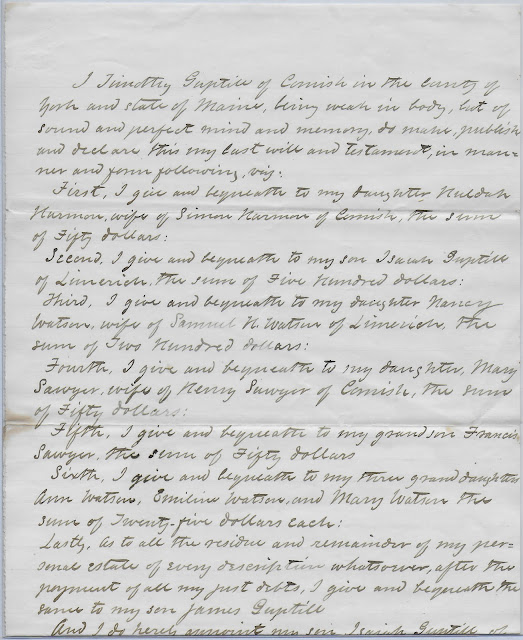 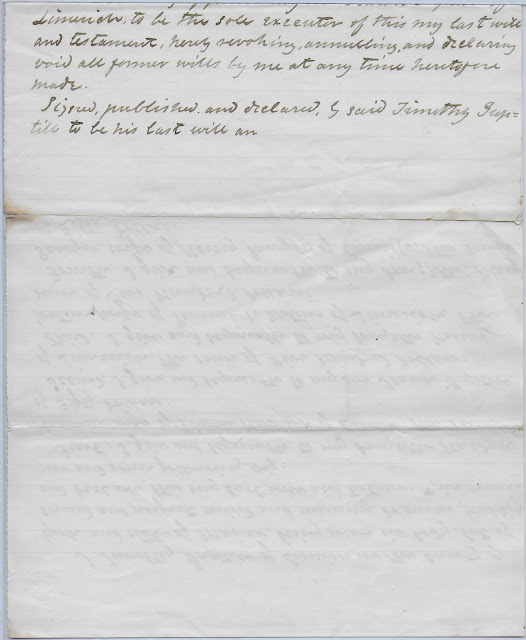 Transcription of the copy of the land document, shown at the top of this post - corrections welcome!

? of this said A. ? shall during the natural life of said J. S. [?] ___ supports and main the said J. S. and provide him with ___ cloths, food, drink, medicine and nursing and all other things necessary, in the house of said A. T. (or in such other place as said J. S. may choose). ___ This obligation shall be void, otherwise the same shall remain in full force.

Posted by Pam Beveridge at 9:16 AM