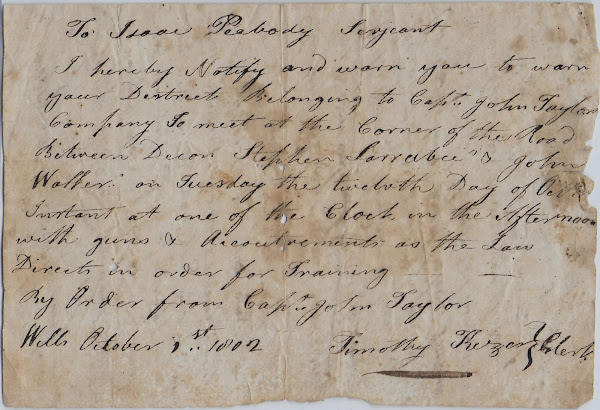 Military document that serves two purposes over a period of 3 years; an 1802 notice to meet at Wells, Maine; an 1805 fine for not appearing, Kennebunk, Maine.
The latter perhaps was taking advantage of an unused portion of the original.  Names on the paper include: [dates have not been verified]
The image at top shows the front of a notices for men to appear, dated October 1802 at Wells, Maine, where clerk Timothy Kezer is notifying Sgt. Isaac Peabody to warn the district commanded by Capt. John Taylor to meet at the corner of the road between Deacon Stephen Larrabee and John Walker.
That notice is repeated in the bottom half of the image, below. 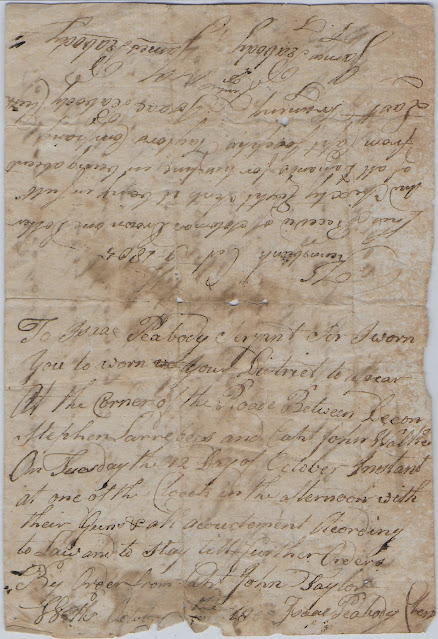 The other half of the reverse, shown in the image below, is a fine levied in 1805 by James Peabody on Solomon Drown for failure to appear with the gathering men of Capt. Joseph Taylor's district. 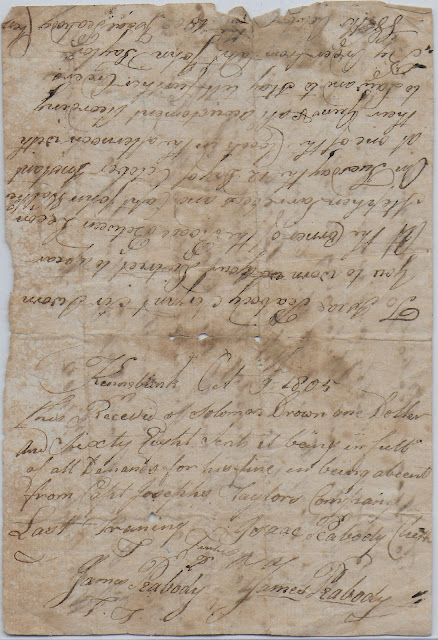 Wells, Maine, in the early 1800s was much larger than it is today. Kennebunk was formed out of Wells in 1820 and Ogunquit in 1980. Since Kennebunk is mentioned in the document, however, it must have existed as a village of that name as early as 1805.
Posted by Pam Beveridge at 6:36 AM