Cabinet Photograph of Young Man IDed on reverse as Edgar A. Cate; by a studio in Everett, Massachusetts 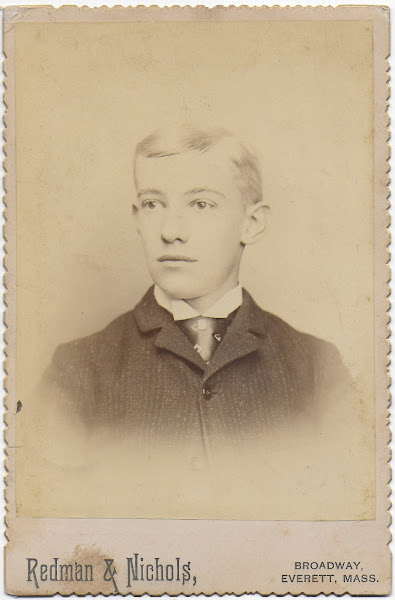 Cabinet photograph of a young man identified on the reverse as Edgar A. Cate of 66 Cottage Street, Everett, Massachusetts. 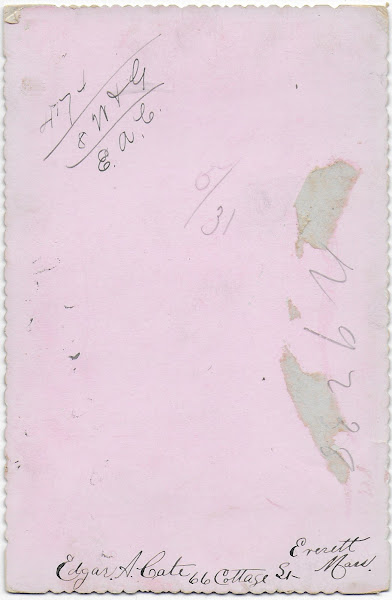 Edgar was presumably Edgar Alpheus Cate (1875-1957), born September 8, 1875 at Chelsea, Massachusetts, the son of John Shannon Cate and Lydia B. (Whitman) Cate, who were born in New Hampshire and Maine, respectively.  On 16 October 1901 Edgar married Myrtie Layler White, daughter of
Avery White and Almeda (Ellis) White.  Myrtie was a native of Mattamwamkeag, Maine.
Edgar and Myrtie raised at least two children in Everett, Massachusetts, where Edgar, by 1930, had risen to the position of bank president. More information the Cate and White families here, in volume 4 of The Genealogical and Personal Memoirs Relating to the the Families of Boston and Eastern Massachusetts.
If you have information to share on the Cate or White families of Massachusetts and Maine, please leave a comment or contact me directly.