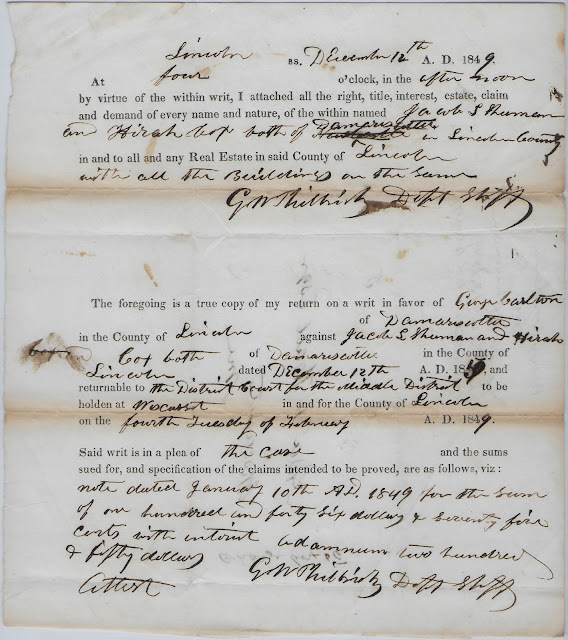 1849 writ of attachment in favor of George Carlton against Jacob L. Shuman and Hirah Cox, both of Damariscotta, Maine; signed by Deputy Sheriff George W. Philbrick. The name Asa F. Hall, Esq., of Wiscasset, Maine, appears on the reverse. 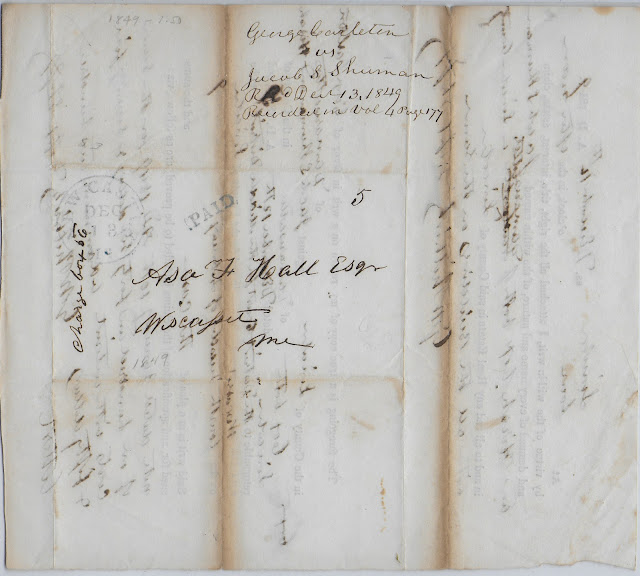 This writ may have involved a vessel, as I found several other cases involving these men, some of whom appear to have been involved in the ship building industry.
If you have information on any of the people mentioned, please leave a comment or contact me directly, so that I can amend this post accordingly, for the benefit of others.