1837 Letter from A. K. Moore at Skowhegan, Maine, to John T. Heard, Esq. at Boston, Massachusetts 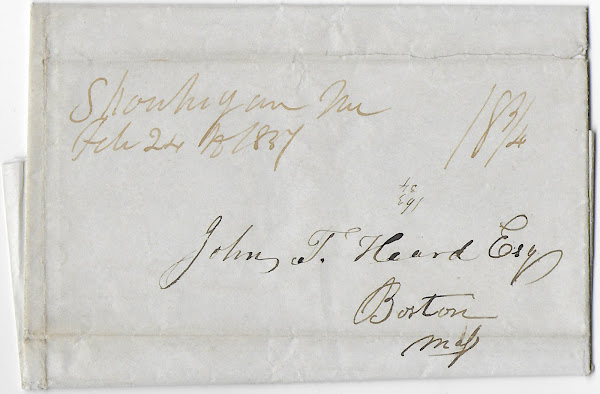 1837 letter from A. K. Moore at Skowhegan, Maine, to John T. Heard, Esq, at Boston, Massachusetts.
The letter contains the Moore's response to a job offer relayed by Heard on behalf of Boston & Eastern Railway. It looks as though the word "Machias" is struck out.  Moore admits that he is young and of limited experience.
Heard may have been John Trull Heard (1809-1880), whose biography appears on page 19 of Memorial Biographies of the New England Historic Genealogical Society, which still operates today.
I'm hoping that a reader will have information of an A. K. Moore or A. ? Moore, who was in the Skowhegan, Maine, area in 1837 and who had a brother, as mentioned in the letter.  Perhaps he was Albion K. Moore or Albion K. Parris Moore, but he would have been exceptionally young for such responsibility. 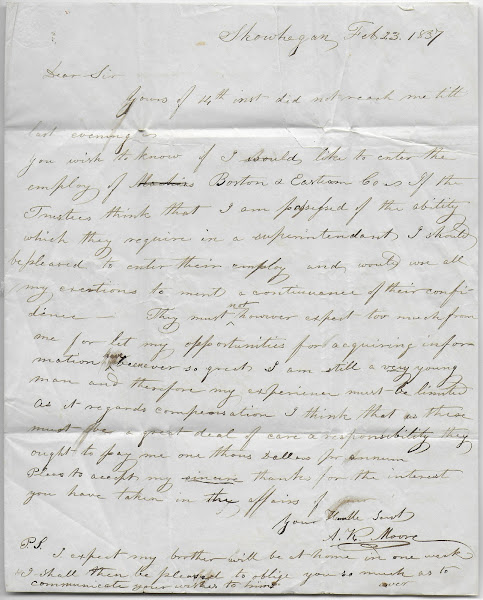 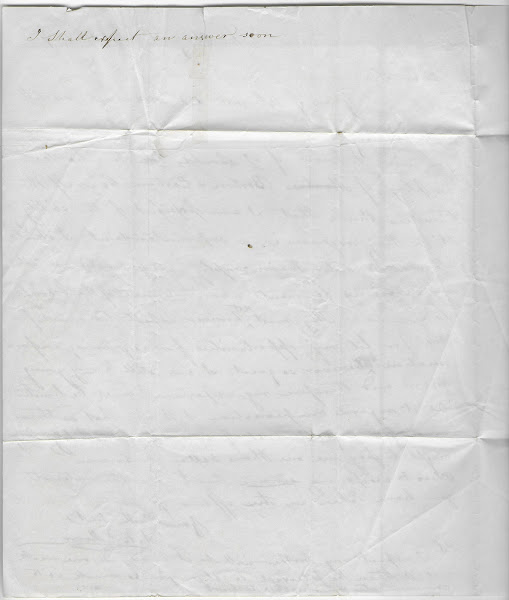 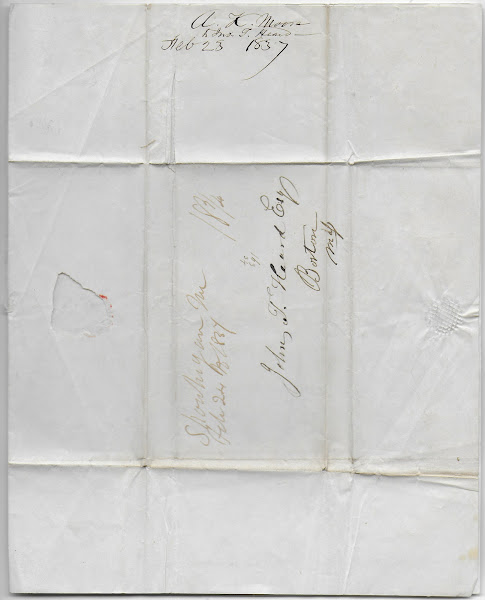