Links to the months of October 1876 and August 1876 appear here and at the end of this post.

On September 4, 1876, Ida, then only sixteen, began teaching school in Sanford, Maine. 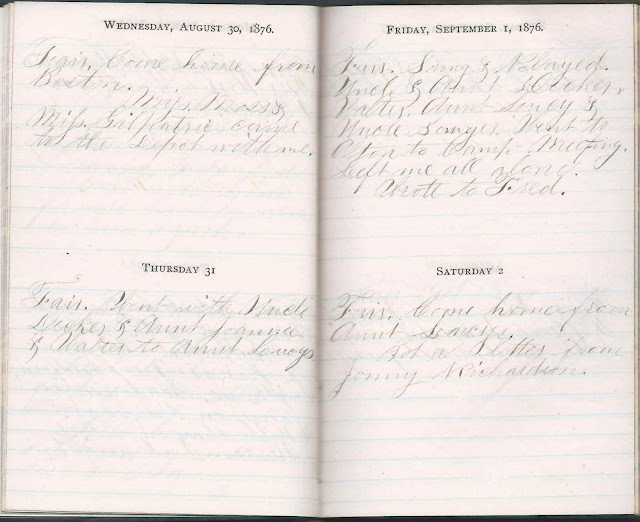 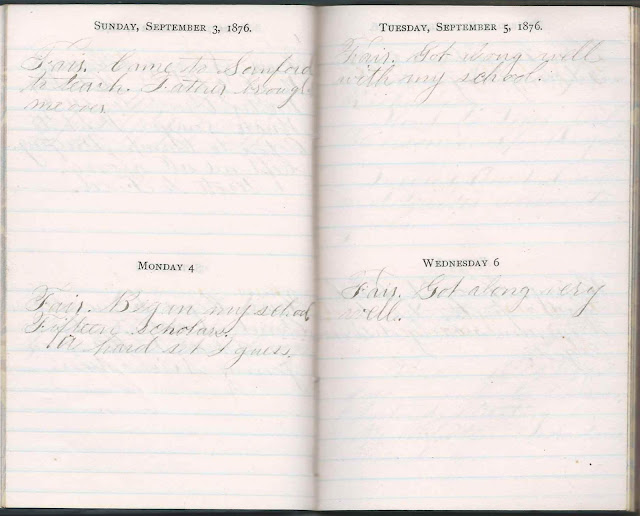 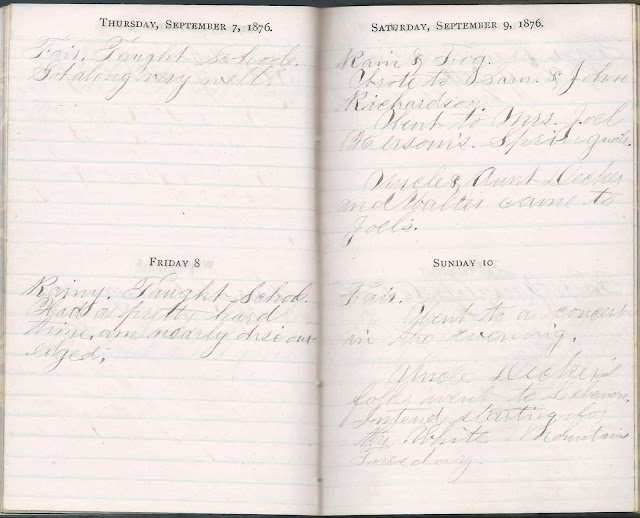 Sunday, September 10, 1876:  Fair.  Went to a concert in the evening.  Uncle Decker's folks went to Lebanon.  Intend starting for the White Mountains Tuesday. 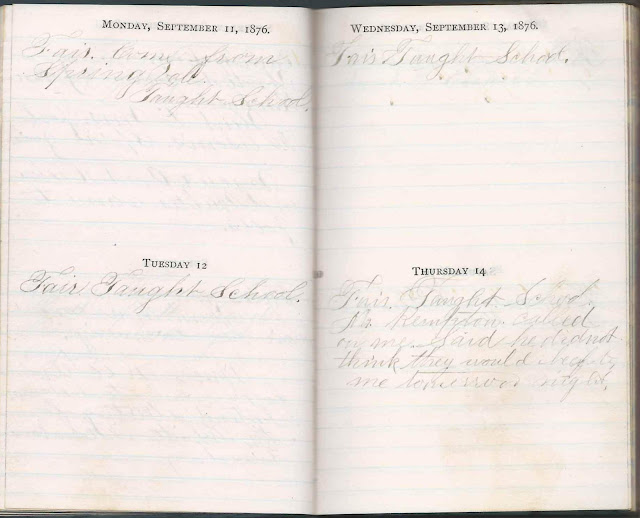 Thursday, September 14, 1876:  Fair. Taught School. Mr. Kenniston [Kempton ?] called on me. Said he did not think they would after me tomorrow night. 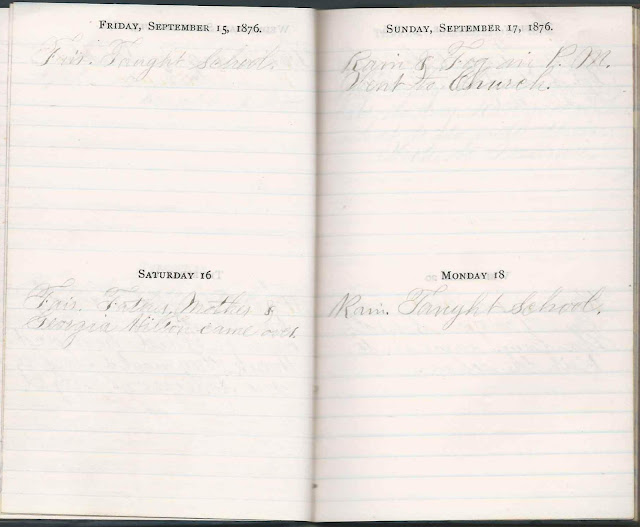 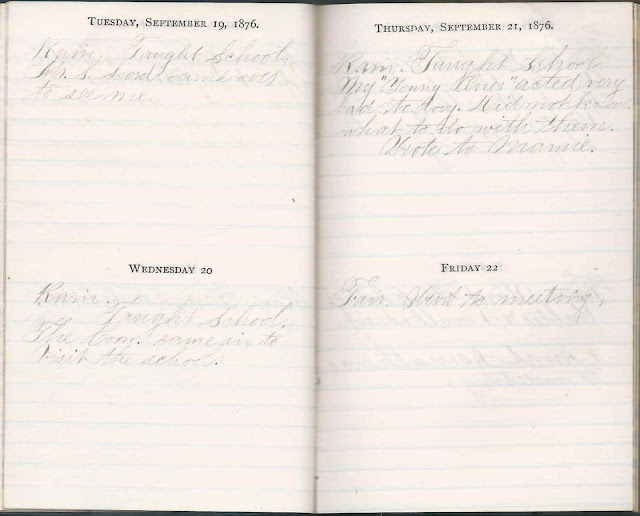 Thursday, September 21, 1876:  Rain. Taught School. My "Young Ones" acted very bad today. Did not know what to do with them.  Wrote to Mamie. 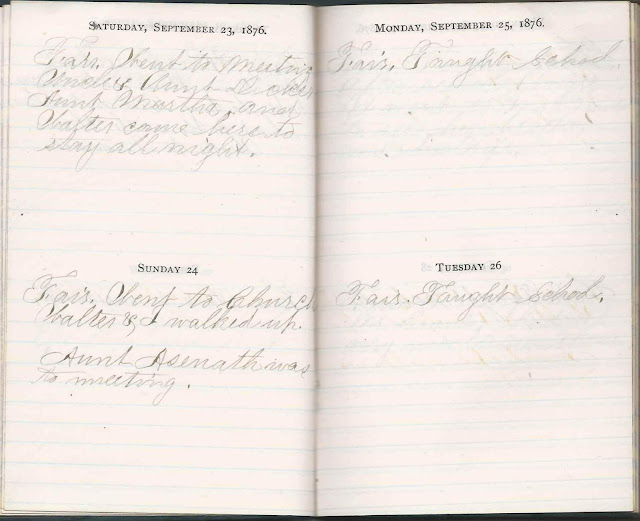 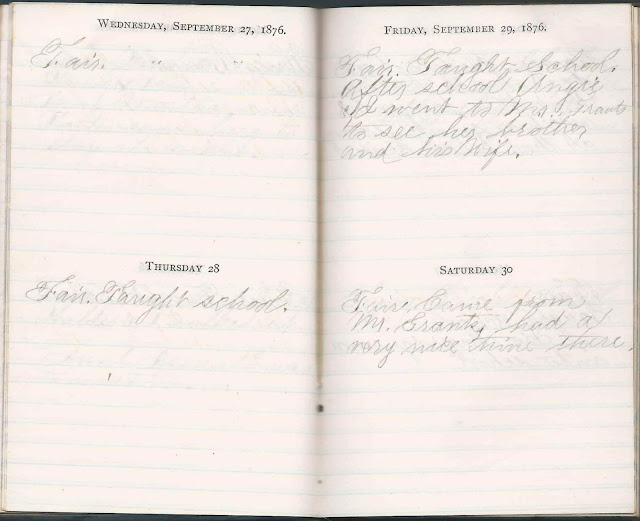