Ida is on her way to Massachusetts to work on Martha's Vineyard for the Wesley family, who would later open the Wesley House in 1879. 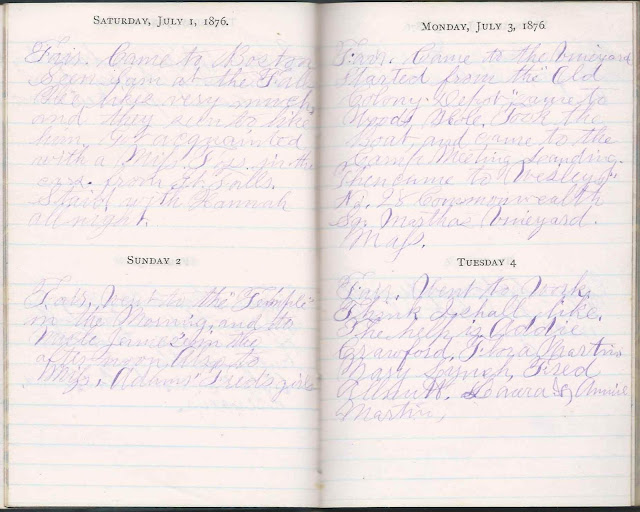 Saturday, July 1, 1876:  Fair. Came to Boston. Seen Sam at the Falls. He likes very much and they seem to like him. Got acquainted with a Miss Foss in the cars. From Great Falls. Stayed with Hannah all night.

Monday, July 3, 1876:  Fair. Came to the Vineyard. Started from the "Old Colony Depot", came to Woods Hole. Took the Boat, and came to the Camp Meeting Landing. Then came to Wesley's. No. 25 Commonwealth Sq., Martha's Vineyard, Massachusetts. 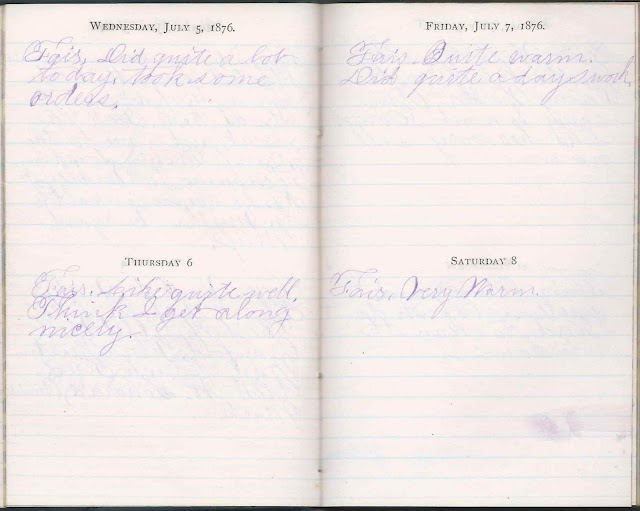 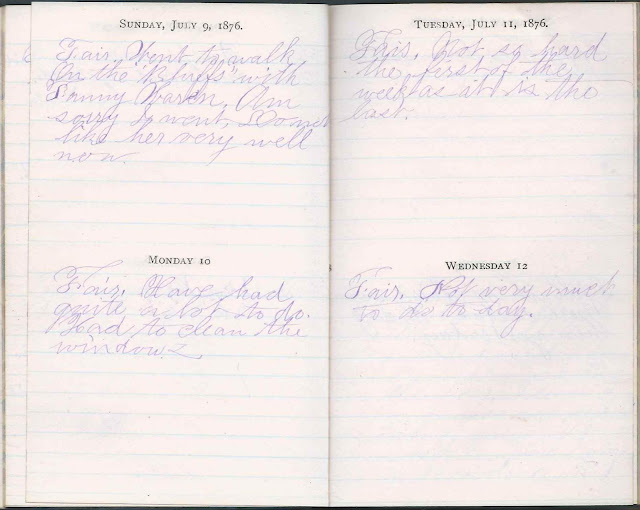 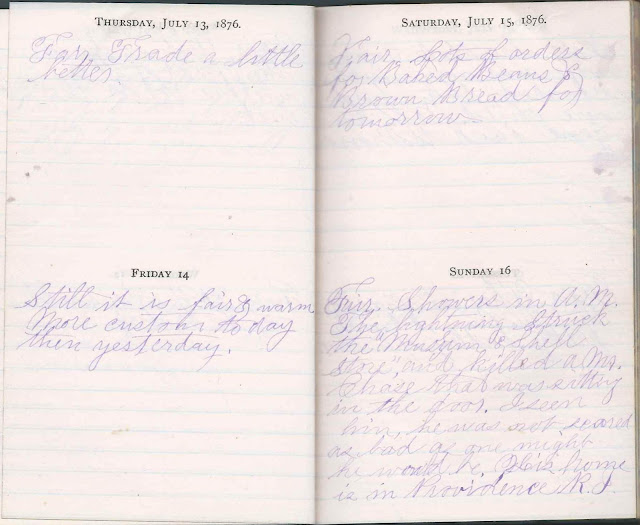 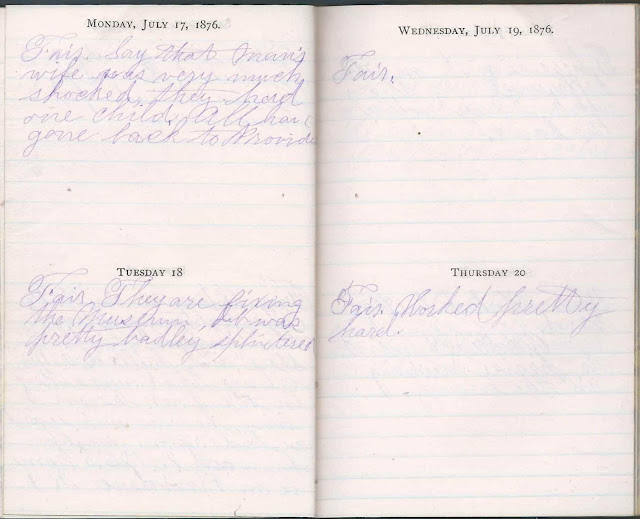 Monday, July 17, 1876:  Fair. Say that man's wife was very much shocked. They had one child. All have gone back to Providence.

Tuesday, July 18, 1876:  Fair. They are fixing the Museum. It was pretty badly splintered. 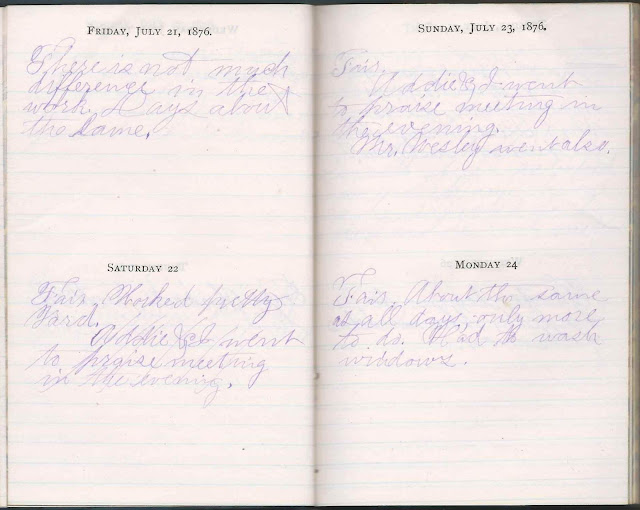 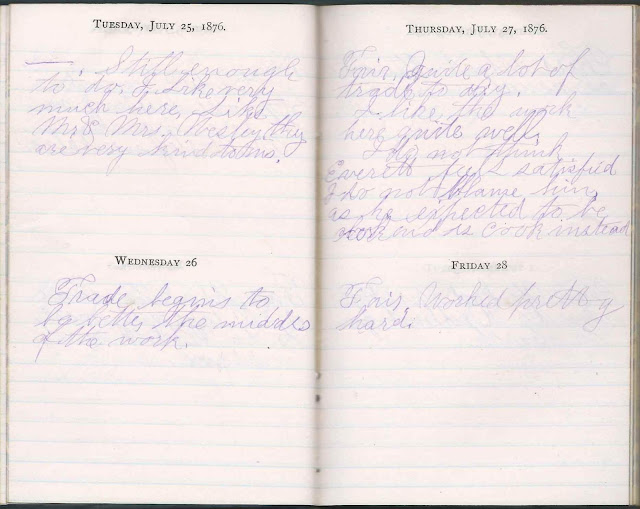 Thursday, July 27, 1876:  Fair. Quite a lot of trade today.  I like the work here quite well.  I do not think Everett feels satisfied. I do not blame him as he expected to be ___ [strikeover] and is cook instead. 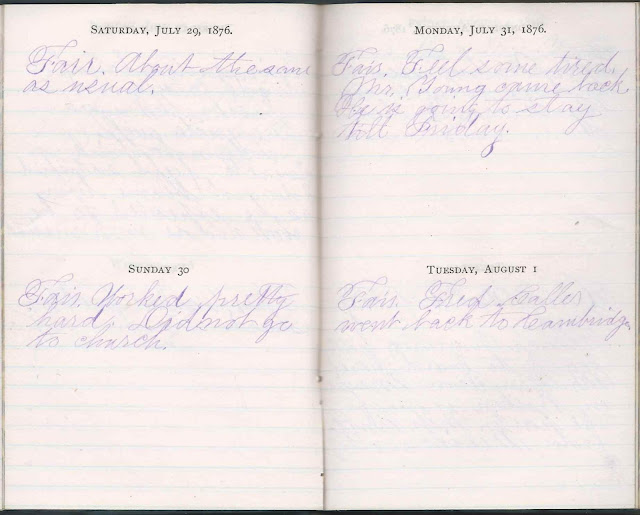 On July 1, 1876 Ida left her home at Acton, Maine, and traveled to Martha's Vineyard, where she would work for the summer season for the Wesley family.