Links to the months of August 1874 and October 1874 appear here and at the end of this post.

Since August 24, 1874, Ida has been living in the home of her paternal aunt Joanna Farnham (Reynolds) Decker (1825-1909) and husband Nathaniel Curtis Decker in Boston.  The 1876 Boston City Directory notes their residence as 12 Dexter Street, and they may have been living there in 1874 as well.

While living with the Deckers, Ida is attending school, which might have been the reason for her extended visit. 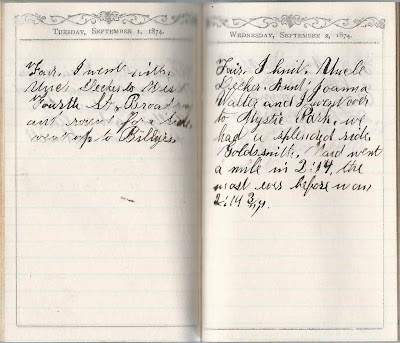 Tuesday, September 1, 1874:  Fair. I went with Uncle Decker to West Fourth Street, Broadway and round for a ride. Went up to Billy's.

Wednesday, September 2, 1874:  Fair. I knit. Uncle Decker, Aunt Joanna and Walter and I went over to Mystic Park. We had a splendid ride. Goldsmith Maid went a mile in 2:14 the most ever before was 1:14.3/4 [https://harnessmuseum.com/content/goldsmith-maid] 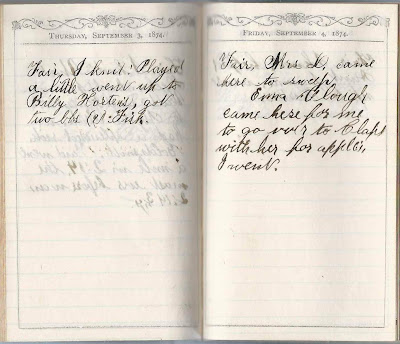 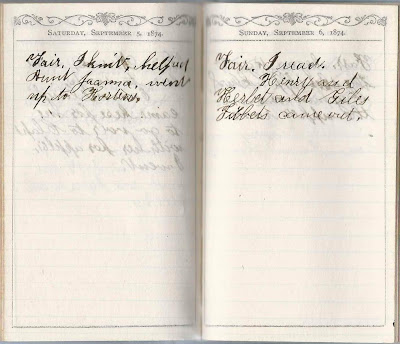 Sunday, September 6, 1874: Fair. I read. Henry and Herbert and Giles Tibbetts came out. 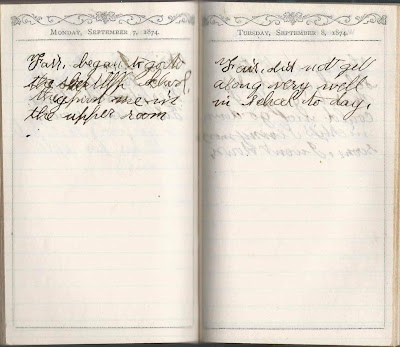 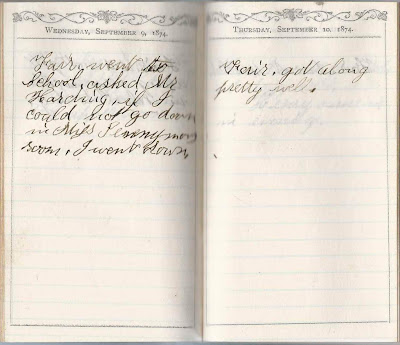 Wednesday, September 9, 1874:  Fair. Went to School. Asked Mr. Harding if I could not go down in Miss Pennyman's room. I went down. [The teacher may have been Miss Pendleton, who is mentioned later on.] 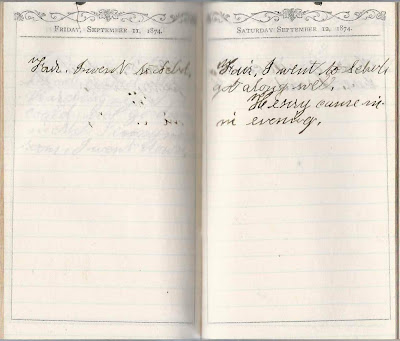 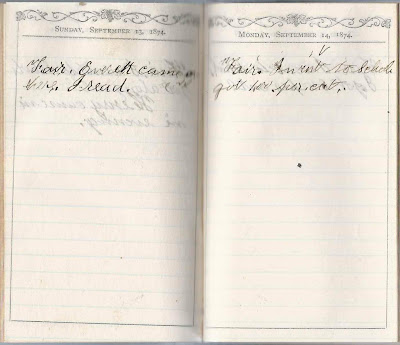 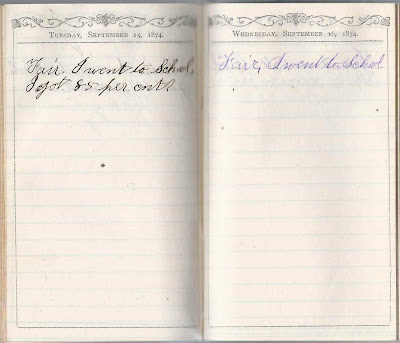 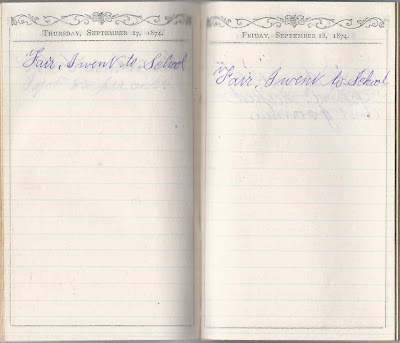 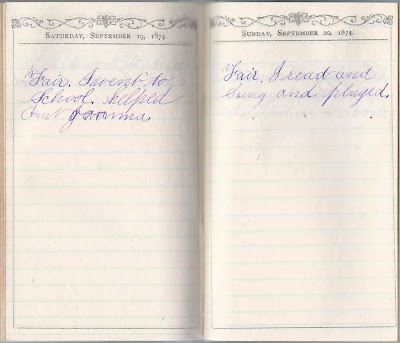 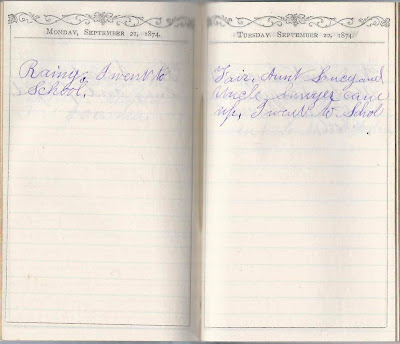 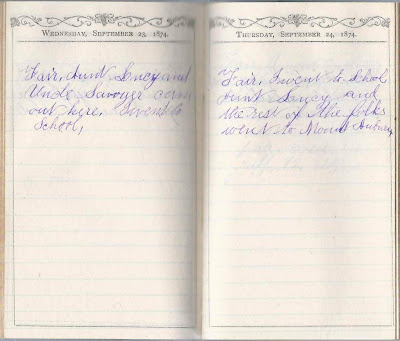 Thursday, September 24, 1874: Fair. I went to School. Aunt Lucy and the rest of the folks went to Mount Auburn. 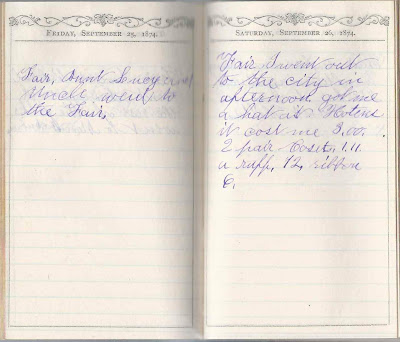 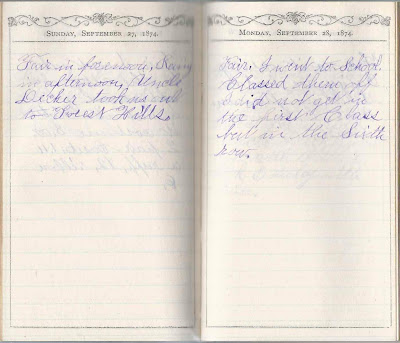 Sunday, September 27, 1874:
Fair in forenoon. Rainy in afternoon. Uncle Decker took us out to Forest Hills.

Monday, September 28, 1874:
Fair. I went to School. Classed them off. I did not get in the first Class but in the Sixth row. 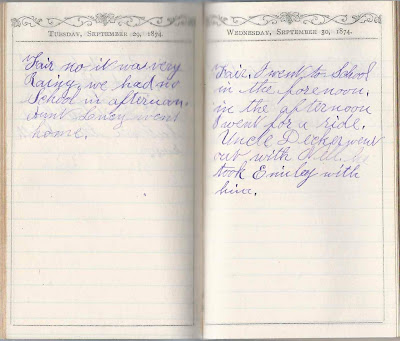 Tuesday, September 29, 1874:
Fair. No it was very Rainy. We had no School in afternoon. Aunt Lucy went home.

Wednesday, September 30, 1874: Fair. I went to School in the forenoon. In the afternoon I went for a ride.  Uncle Decker went out with Nell. He took Emily with him.

While living with the Deckers, Ida is attending school, which is likely the reason for her visit.