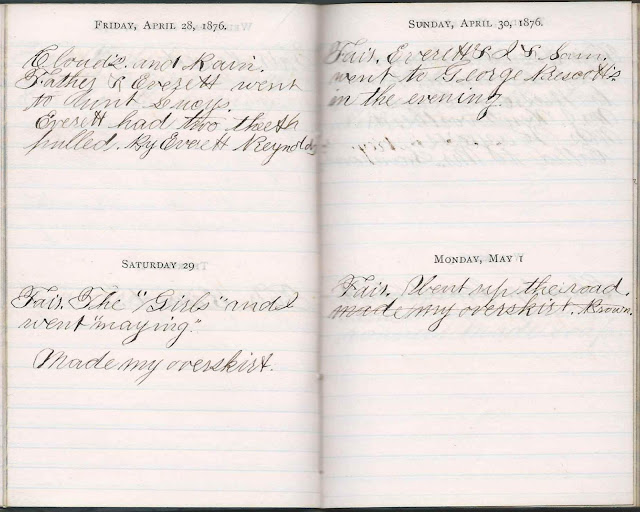 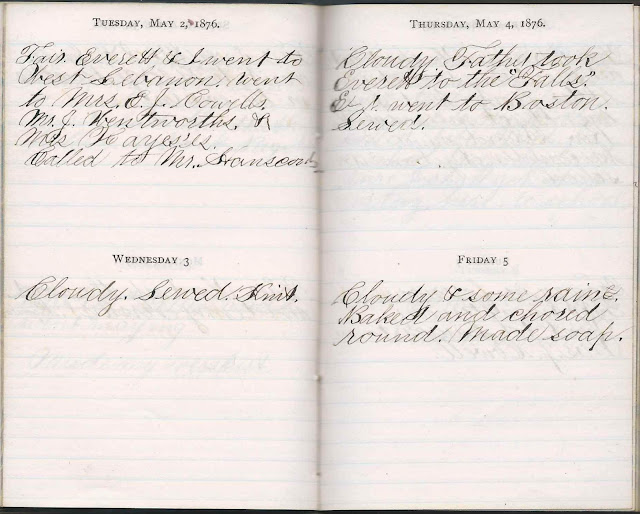 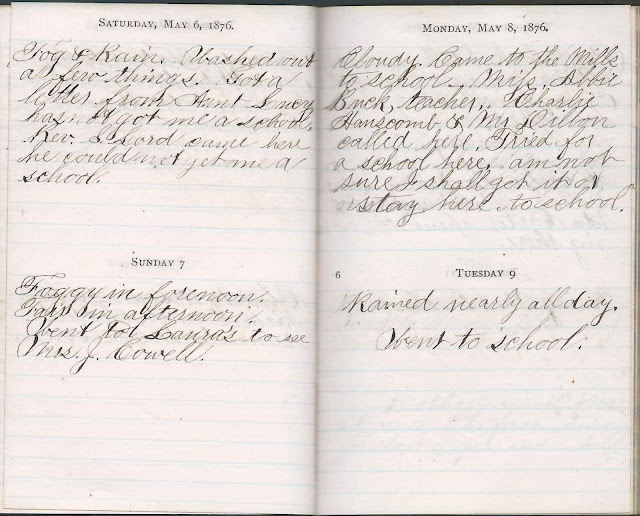 According to an entry in the Memoranda section, Ida will go to Milton Mills, New Hampshire, to take advantage of a school and will board at Mrs. Cowell's at $2.00 a week.

Monday, May 8, 1876:  Cloudy. Came to the Mills to school. Miss Abbie Buck, teacher. Charlie Hanscomb & Mr. Dillon called here. Tried for a school here; am not sure I shall get it or stay here to school. 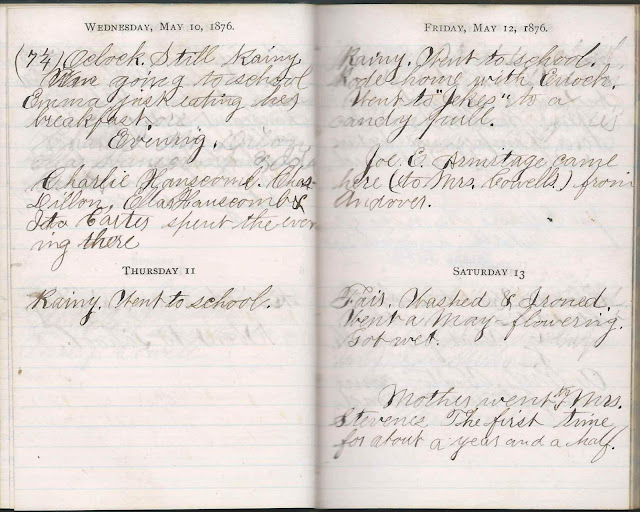 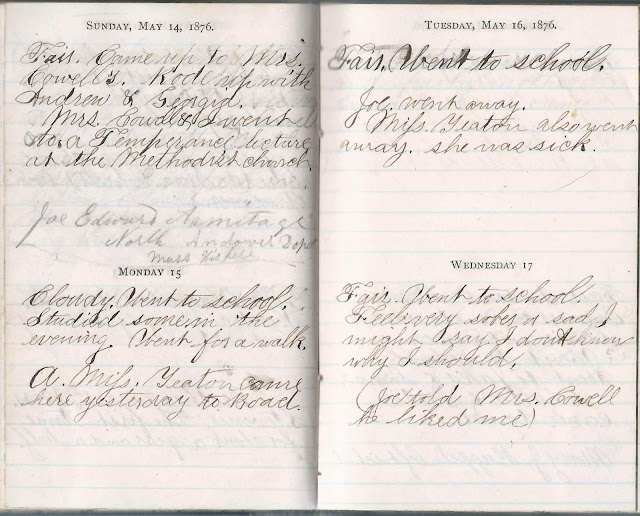 Sunday, May 14, 1876:  Fair. Came up to Mrs. Cowell's. Rode up with Andrew & Georgia.  Mrs. Cowell went to a Temperance lecture at the Methodist church.  Joe Edward Armitage, North Andover Depot, Massachusetts, was here.

Monday, May 15, 1876:  Cloudy. Went to school. studied some in the evening. Went for a walk.  A Miss Yeaton came here yesterday to board. 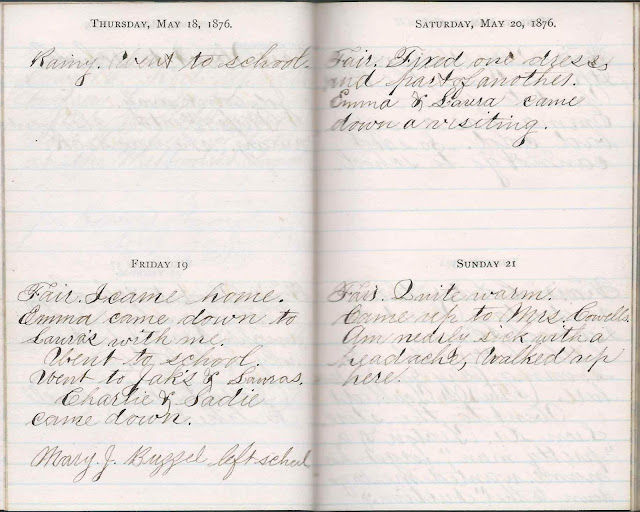 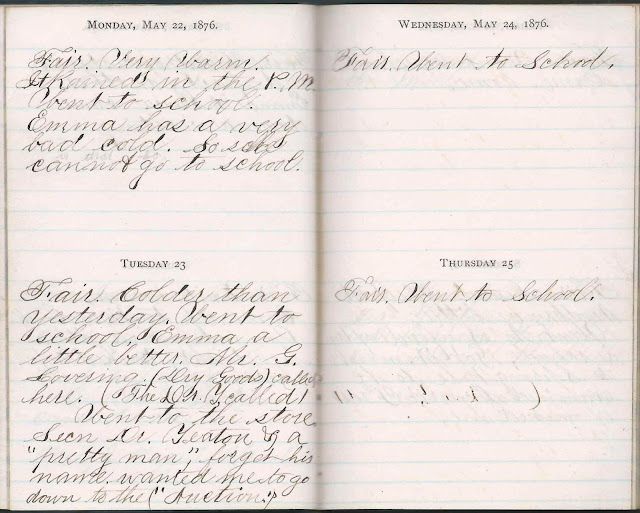 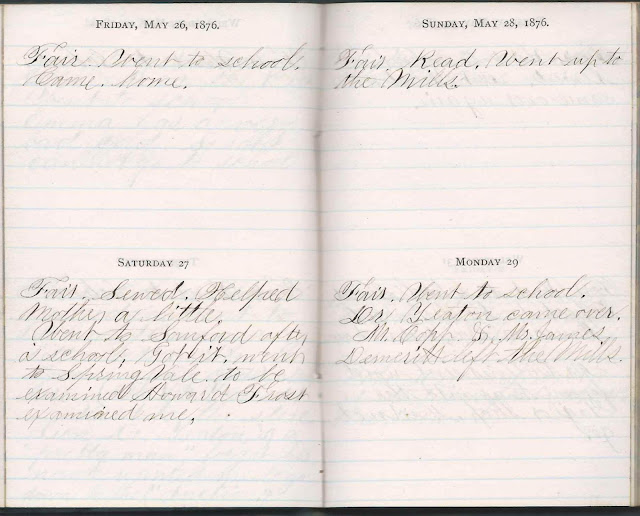 Saturday, May 27, 1876:  Fair. Sewed. Helped Mother a little.  Went to Sanford after a school. Got it. Went to SpringVale to be examined. Howard Frost examined me. 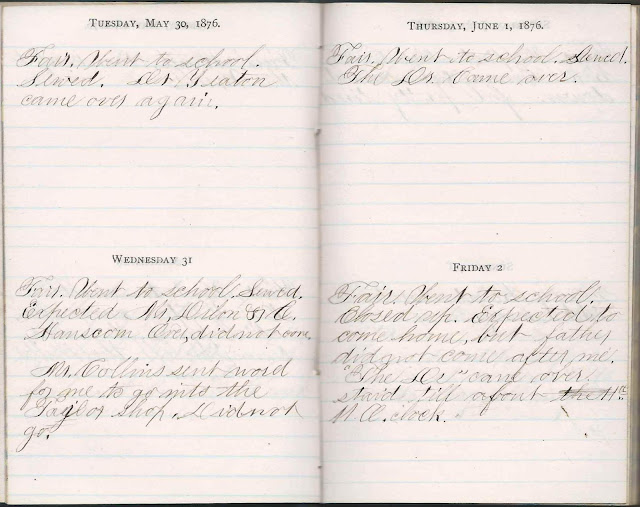