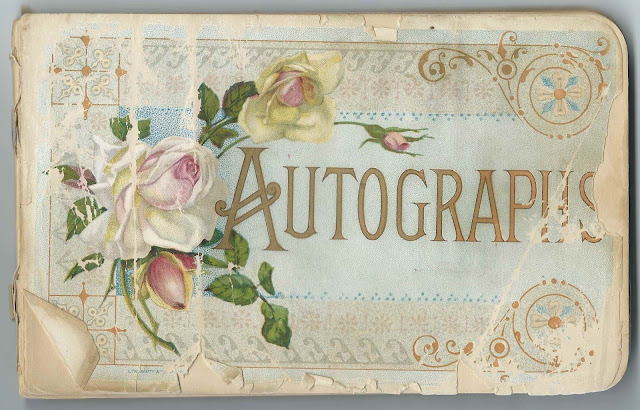 1890s autograph album of Emma Tucker of Bentley, Illinois, which many inscribers spelled as Bently.  The inscriptions range from Illinois to Indiana, Kansas, Missouri.  To have acquired inscriptions from such a wide area, Emma might have participated in religious retreats.

The album, which measures about 7-3/4" by 4-3/4", is in rough shape and may be missing covers, if it ever had them.  Many pages are disbound, and there might be missing pages, including a page where Emma might have inscribed her name.

Fortunately, there are clues to Emma's identity:
An alphabetical list of the inscribers, together with any personal information they offered, appears at the end of this post.

Emma Frances Tucker was born in 1872 in Ohio, the daughter of Benjamin Franklin Tucker and Martha Eve (Preston) Tucker.  Sisters  who inscribed pages in the album and whose names I could discern were Cora Belle Tucker, Tamer Tucker and Martha H. Tucker.  Another name was difficult to interpret. 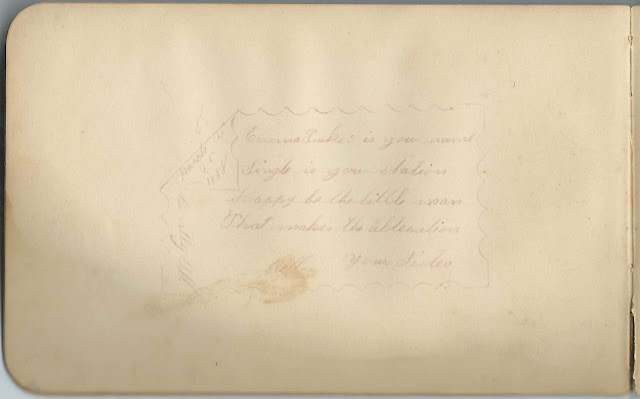 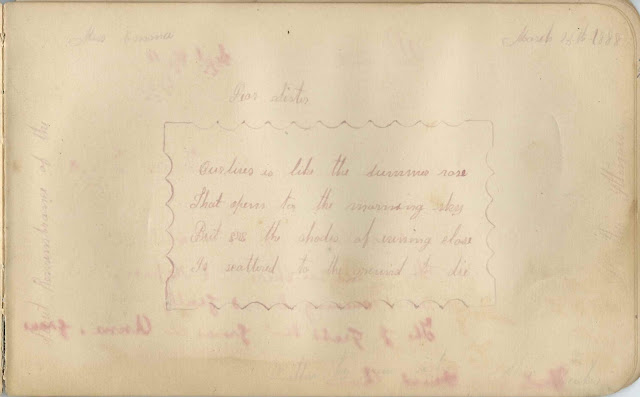 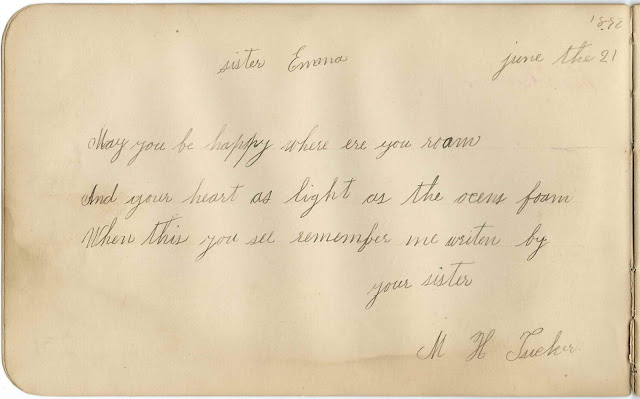 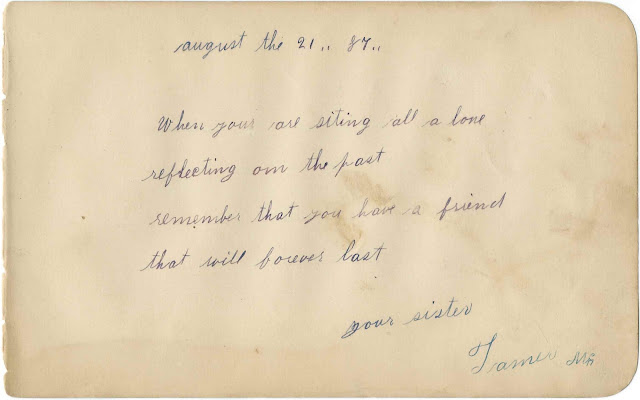 On January 4, 1893 in Hancock County, Illinois, Emma Frances Tucker married Wilborn Owen Mecum.  Wilborn was born in Illinois in 1865, son of James Madison Mecum and Verlinna (Dorsett) Mecum.  Emma and Wilburn farmed in Illinois and had, I think, four children.

Wilborn died in 1929 and Emma in 1953; they're buried with relatives in the Harmony Cemetery at Bentley, Illinois.