1852-1879 Autograph Album of Ann Williams of Connecticut, Illinois and New York; before and after Marriage to Amos S. Samson 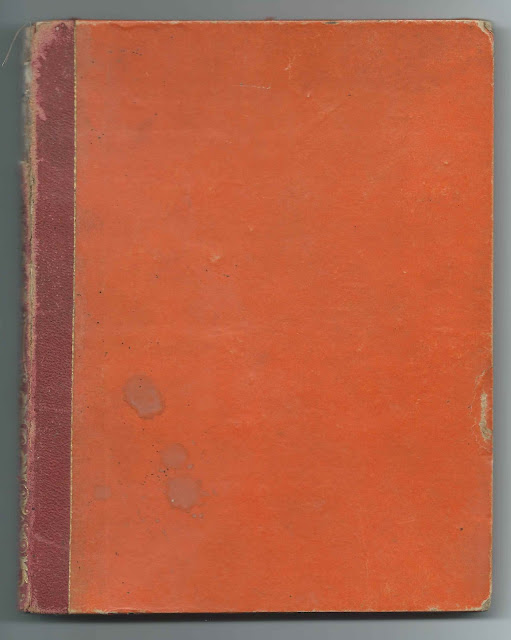 This album is interesting in that it highlights the people who left Stonington, Connecticut, in 1837 to found Stonington, Illinois.  At least one of the inscribers was a member of the original group - Rev. Benjamin Franklin Chapman.   Read more about the settlers here.

Annie's identity was teased out thanks to two inscribers, one of whom made an acrostic that gave her maiden name, and another, Frances E. Donahue of Rochester, New York, who directed her 1879 sentiment to Mrs. A. W. Samson. 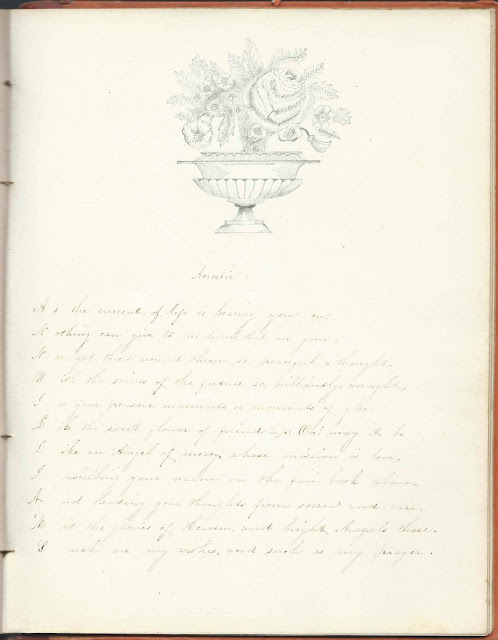 The album, published by J. C. Riker of 129 Fulton Street, New York, New York, measures approximately 8" by 6-1/4" and contains several engravings, including three by William Henry Bartlett, and the sentiments of 14 of Annie's relatives, friends and pastor.  An alphabetical list of the inscribers, together with any personal information they offered, appears at the end of this post. 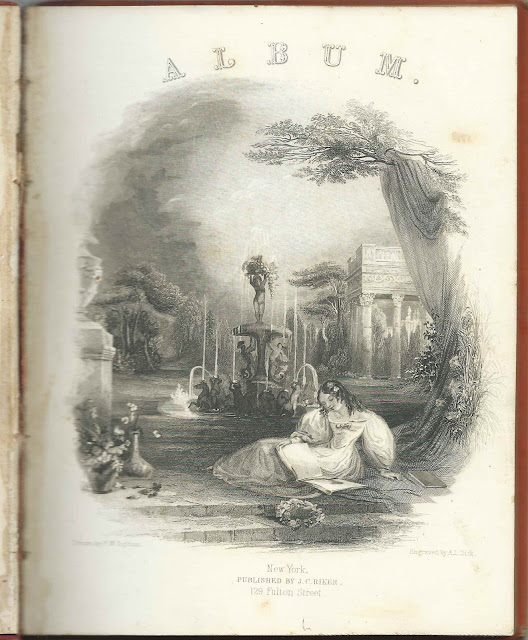 Inscribers who gave an address of Stonington, Illinois 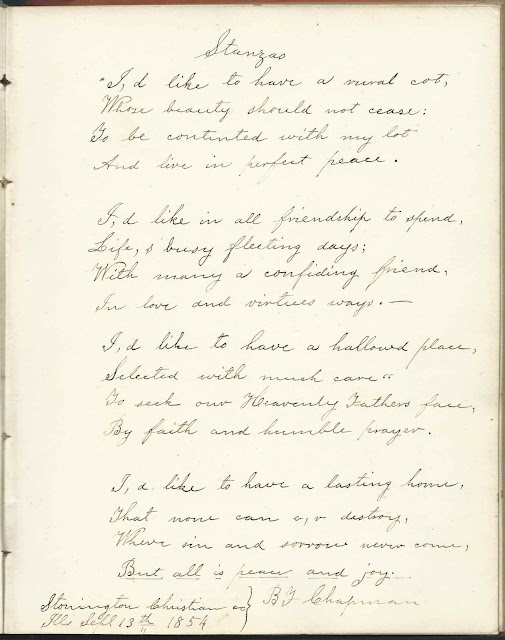 Ann Williams married Amos S. Samson, a native of Vermont, in the 1860s, presumably in Illinois, and had a child there, before they moved back East to Rochester, New York, to farm.

Inscribers who gave an address of Rochester, New York: 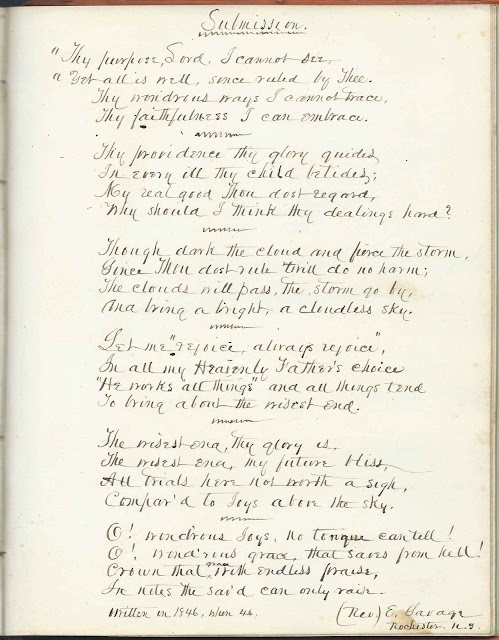 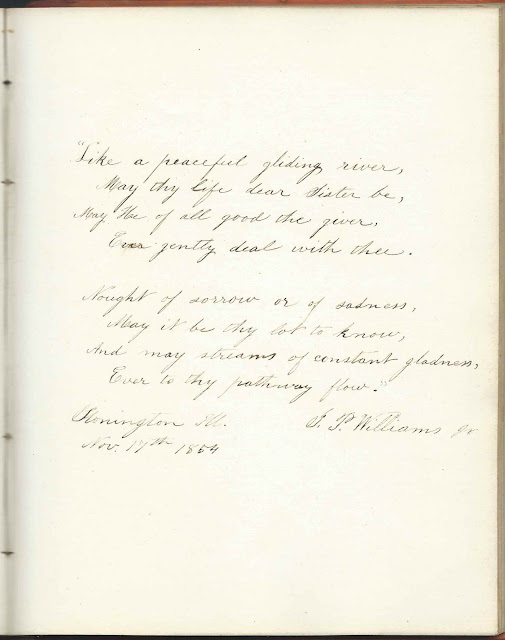 I believe Ann and Amos had three children.  In the 1880 Census, Amos was listed as sick from rheumatism.  I'm not sure about his death date but he had died by 1888 when Annie is listed as a widow in the Rochester, New York, City Directory.  The Rochester City Directory of 1925 notes that Annie had died on March 23, 1924.

If you have corrections and/or additions to the information above, or information on any of the inscribers, listed below, please leave a comment or contact me directly. 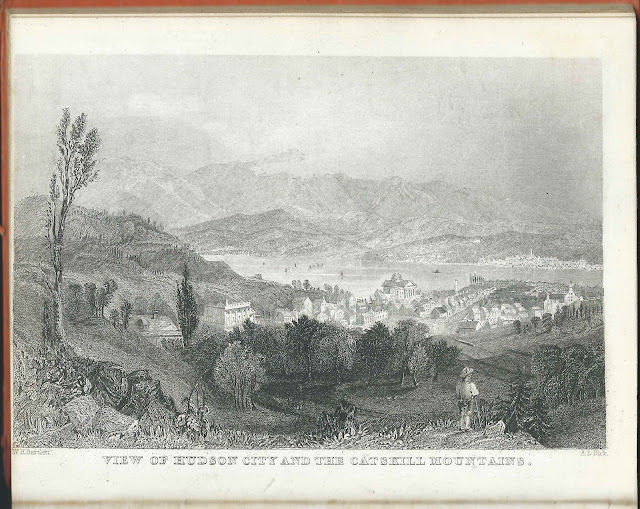 View of Hudson City and the Catskill Mountains, by W. H. Bartlett and engraved by A. L. Dick

Sources
U.S. Federal Censuses
New York Censuses
Rochester, New York City Directories
History of the Town of Stonington, County of New London, Connecticut: From Its First Settlement in 1649 to 1900, by Richard Anson Wheeler, published in 1900
Link to information on founding of Stonington, Illinois, in text above