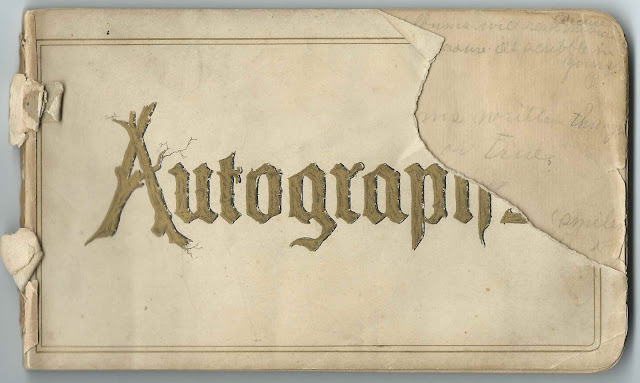 Most of the inscribers gave addresses in and around Armstrong County, Pennsylvania:

The album presumably had covers at one point, and perhaps more pages, including a possible ownership page inscribed by Mary herself.  However, there are two inscriptions, one by a Mary Gallagher of Bryan, Pennsylvania, and one by Mary Gallaher of Bryan, Pennsylvania, that might have been penned by Mary Frances Gallagher herself.  One of them appears on the page after an inscription by Mary's sister Hannah [shown in the family history section farther below] 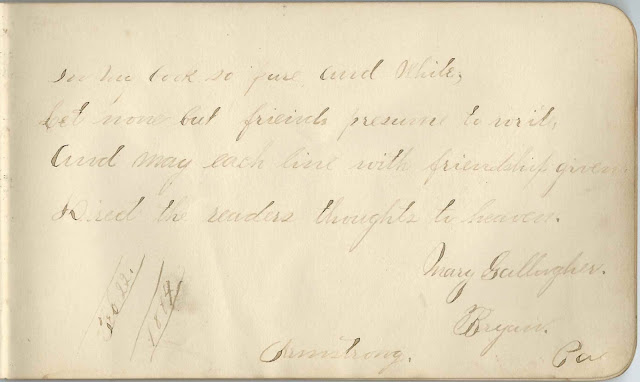 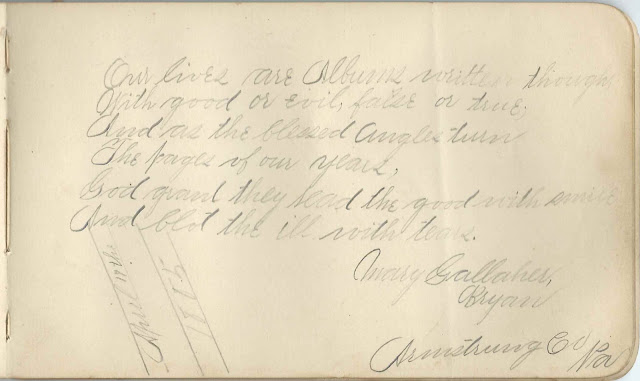 The album, or what's left of it, measures approximately 6-3/4" by 4" and contains the sentiments of around 45 of Mary's relatives, friends, schoolmates and pastors.   An alphabetical list of the inscribers, together with any personal information they offered, appears at the end of this post.

According to information provided by her husband, Charles Addison Carson, on her 1918 death certificate, Mary Frances [ or Francis] Gallagher was born September 25, 1867 at Dayton, Pennsylvania, the daughter of Irish immigrants James Gallagher and Rebecca (Williamson) Gallagher.

Mary had several siblings, one of whom, older sister Hannah (Gallagher) McGregor, wife of William McGregor, inscribed a page in the album. 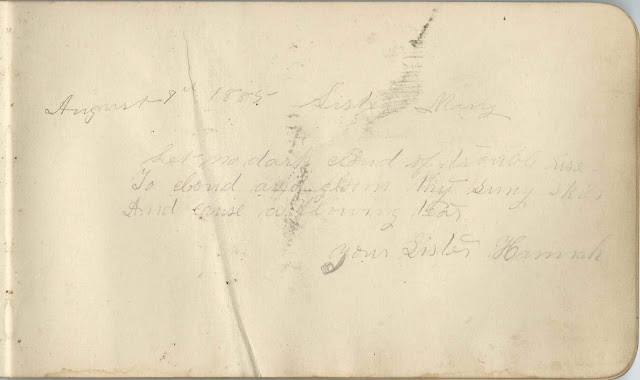 One of the last inscriptions in the album was that of Mary's niece Becca McGregor, who was Rebecca McGregor, daughter of Hannah (Gallagher) McGregor and William McGregor. 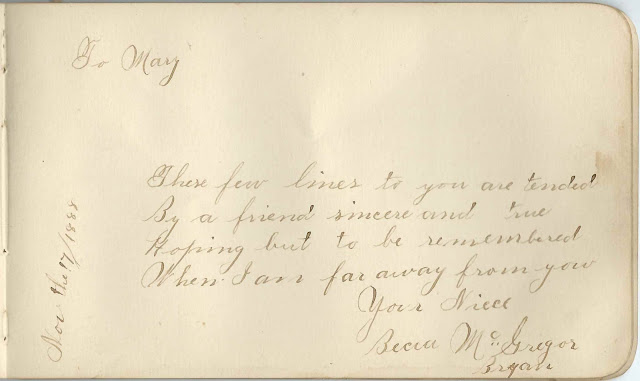 Another niece who inscribed a page was Laura Brice, daughter of Mary's older sister Isabella (Gallagher) Brice, "Belle" or "Bella", and James Brice. 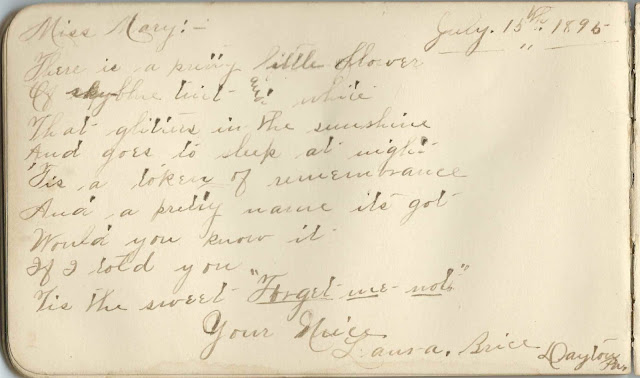 On June 17, 1896 in Armstrong County, Pennsylvania, Mary Frances Gallagher married Charles Addison Carson, son of Andrew and Catherine Carson.  They settled at Kittanning, Pennsylvania, where Charles was the Sheriff.  I'm not sure if they had any children before Mary died on June 3, 1918 at Punxsutawney, Pennsylvania.

Mary and Charles, who died in 1942, are buried in the St. Michaels Episcopal Cemetery at Rural Valley, Pennsylvania, with other relatives.