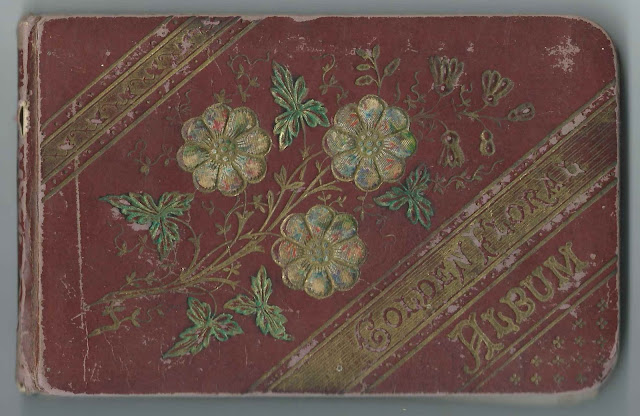 Inscriptions were penned by relatives, friends, schoolmates and teacher, most from McPherson County, Kansas, with one from Burlington, Iowa.

Nellie's name and residence appear on the first end paper. 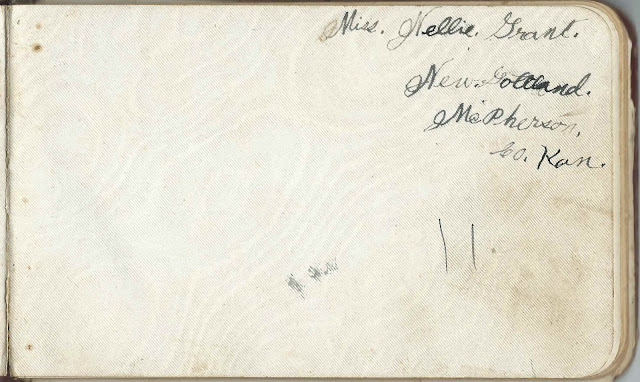 The album measures approximately 6-1/4" by 3-3/4" and contains several pages of floral designs scattered throughout, plus the sentiments of 54 of Nellie's relatives, friends, schoolmates and teacher.  An alphabetical list of the inscribers, together with any personal information they offered, appears at the end of this post. 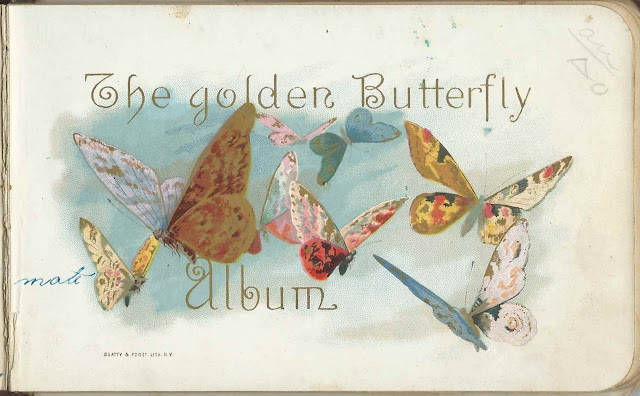 Nellie Christine Grant was born in 1873 in Kansas, the daughter of Johann Peter Grant, who may have Americanized his surname, and Anna Sophia (Stromquist) Grant.  Nellie's brother Eben inscribed a page in her album. 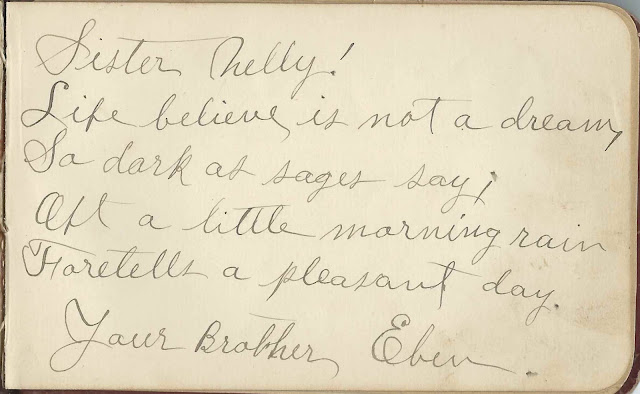 On March 20, 1898 in McPherson County, Kansas, Nellie Christine Grant married Carl Gustav Karlsson Almen, who was born in Sweden in 1867 and emigrated to the United States about 1885.  Nellie and Carl made their home at McPherson, Kansas, where they ran a drug store, and had at least two children.  They may have had more children who didn't survive childhood, as there are several graves in the McPherson Cemetery of Almen children who were born and died during the relevant time frame.

Below, a two-page sentiment by John Westblad, who inscribed his page in Swedish at New Gottland, Kansas, on April 29, 1884. 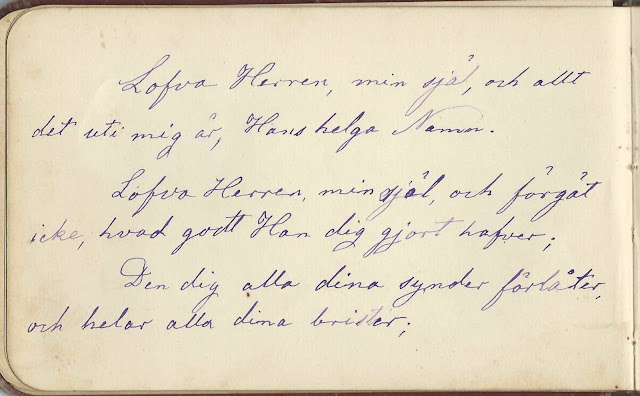 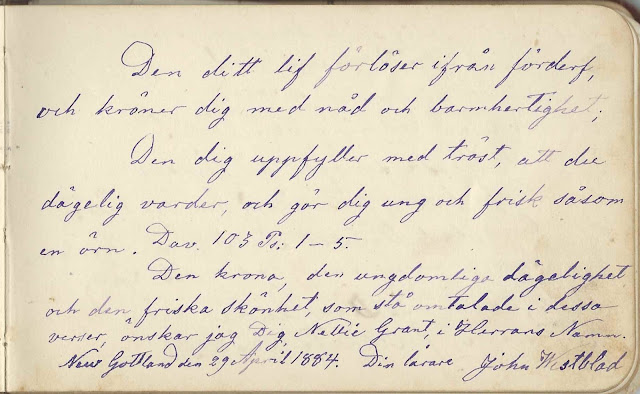 Below, the page inscribed at McPherson, Kansas, on November 16, 1885 by J. C. Owen, Nellie's teacher.  He was presumably Joseph C. Owen. 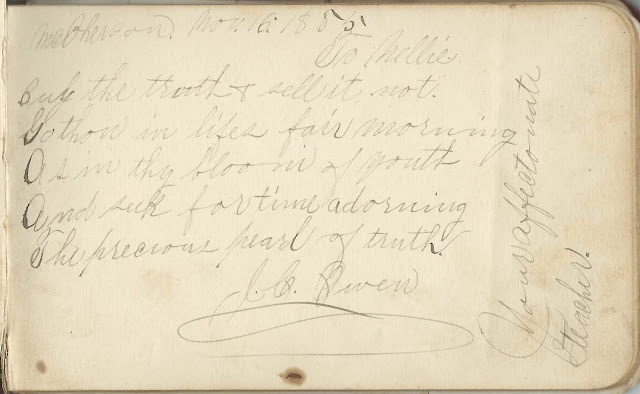