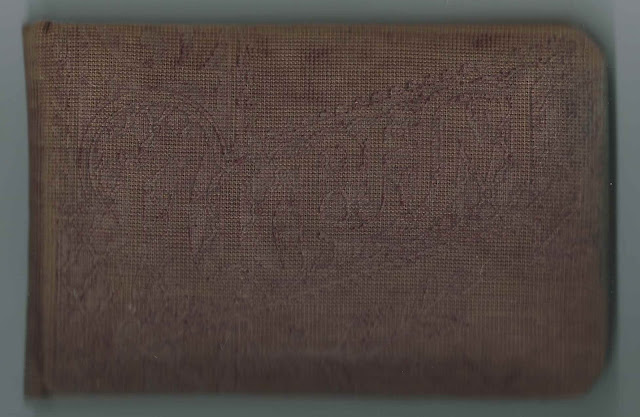 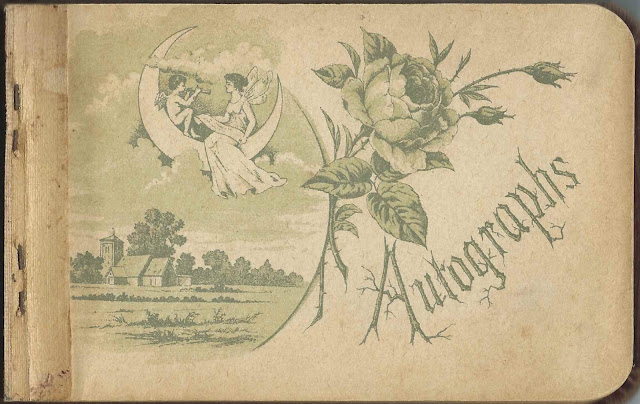 The album measures approximately 5-3/4" by 3-1/2" and contains the sentiments of 25 of Olive's relatives, friends, schoolmates and teachers.  An alphabetical list of the inscribers, together with any personal information they offered, appears at the end of this post. 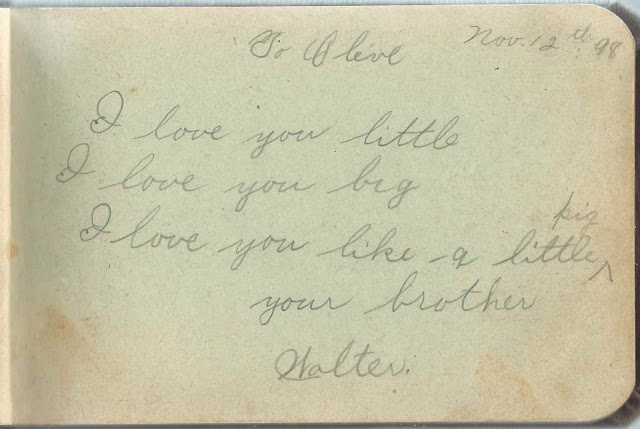 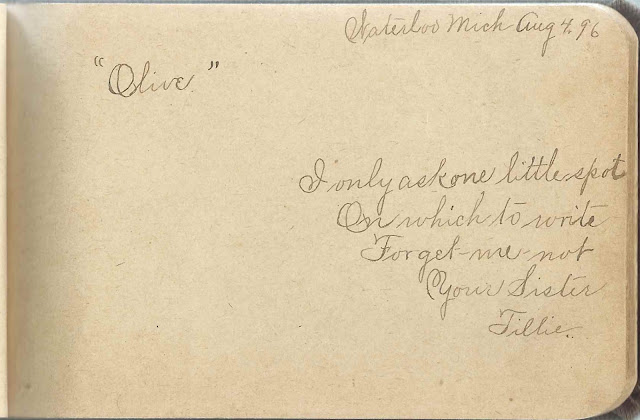 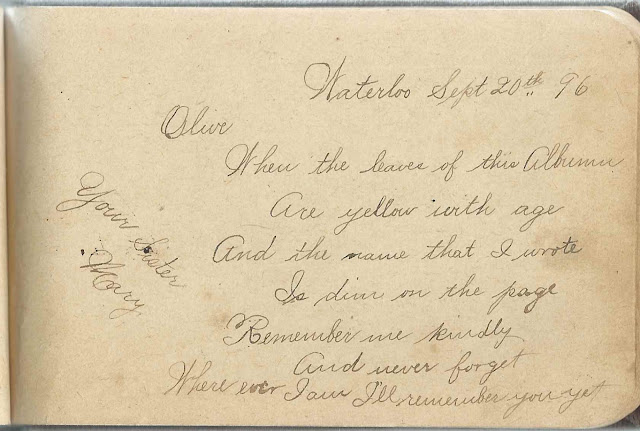 On June 20, 1916 at Waterloo, Michigan, Olive C. Harr married Clarence Earl Beeman, who was born May 6, 1887 at Lyndon, Michigan, the son of Orson and Sarah Beeman.  Clarence didn't inscribe a page in Olive's album, but his brother older brother Clyde did. 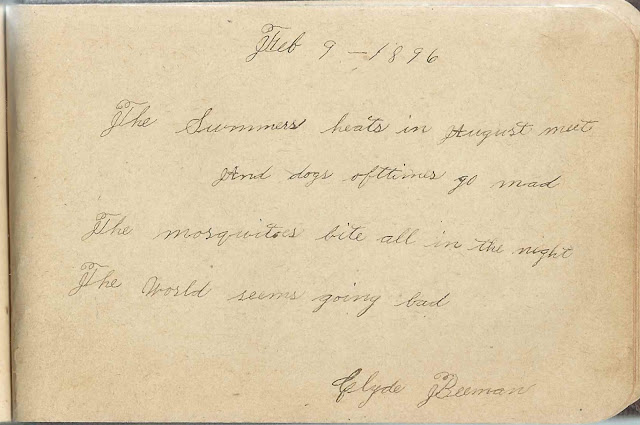 I believe Olive and Clarence had at least two children.  Clarence died in 1970 and Olive in 1975.  They're buried in the Mount Hope Cemetery at Waterloo, Michigan.