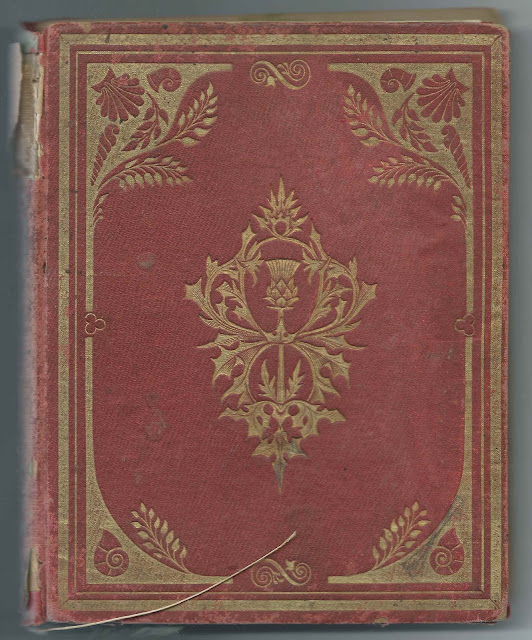 The album was given to Neomi Perry by a Perry, possibly J. Perry, who may have been Naomi's oldest brother Jonathan Perry, as noted in the lower right corner of the title page. 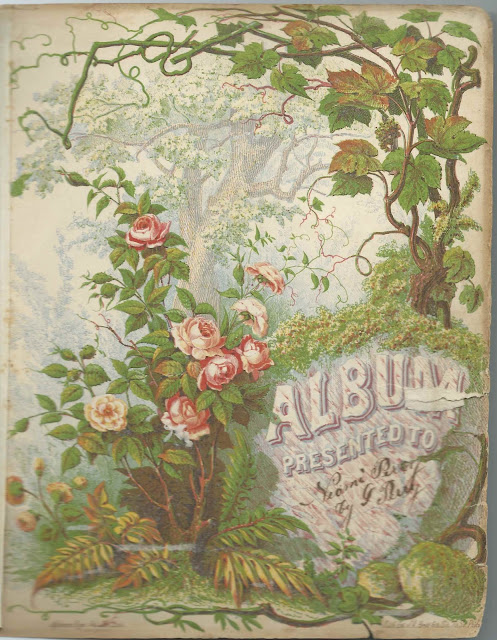 Tucked in the album are two needle worked bookmarks and an 1856 invitation for Naomi to attend a Dancing party at the Berlin Female Academy; signed by ? Camel and A. H. Beard.  Whoever addressed the envelope spelled Berlin as Burlin. 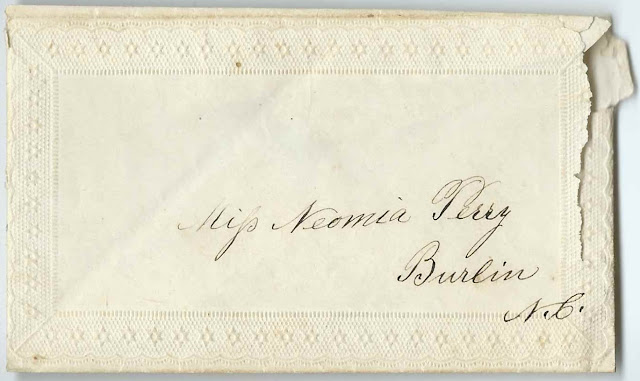 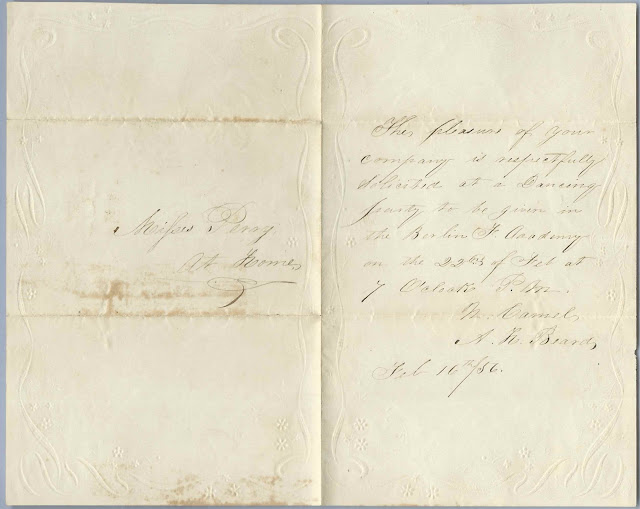 The album measures approximately 7-3/4" by 6-1/4 and contains 12 sentiments, several of which may have been inscribed by the same person.  An alphabetical list of the inscribers, together with any personal information they offered, appears at the end of this post.

Neomi or Naomi Perry was born February 7, 1833 in Forsyth County, North Carolina, the daughter of Ebenezer Perry and Anne (Watson) Perry.    Naomi's sister, E. A. Perry, who was presumably Eljatha Agatha Perry, inscribed a page in her album. 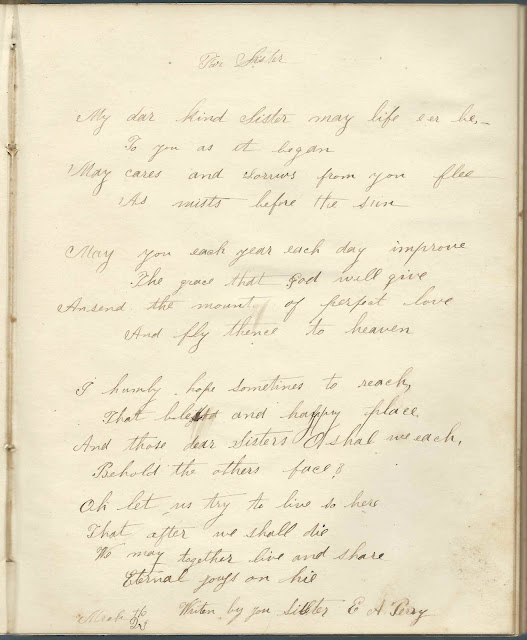 Several pages appear to have been inscribed by Elma Maria (Fogler) Watson, wife of John Watson, who was a brother to Naomi's mother Anne (Watson) Perry.  Below, Aunt Maria's two-page sentiment. 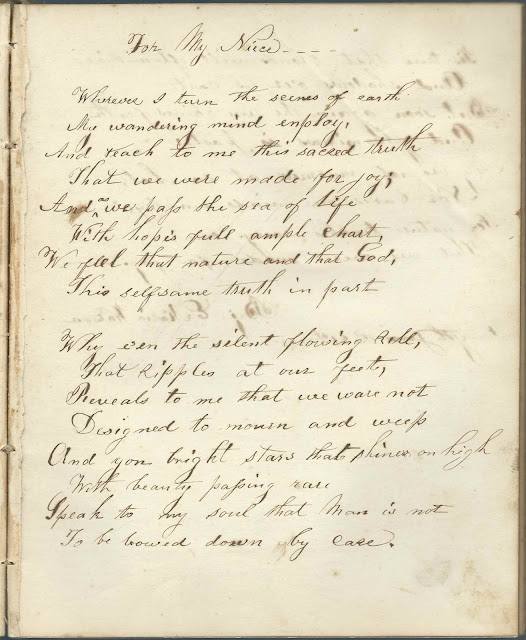 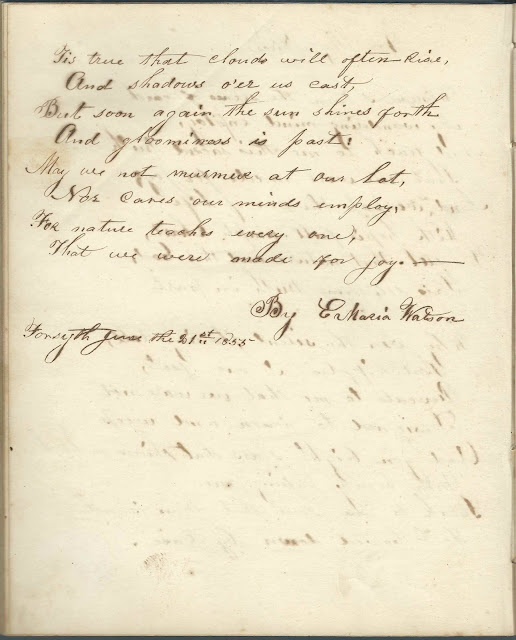 On January 24, 1858 in Forsyth County, North Carolina, Naomi Perry married Nelson Campbell, son of James Campbell.  Nelson was born in 1827.   Naomi and Nelson may have had a son, Luther Leach Campbell, but there's a discrepancy between Luther's birth year of 1865 on his death record, which could be in error, and his mother Naomi's death year of 1863.   Perhaps a reader will have a clarification. 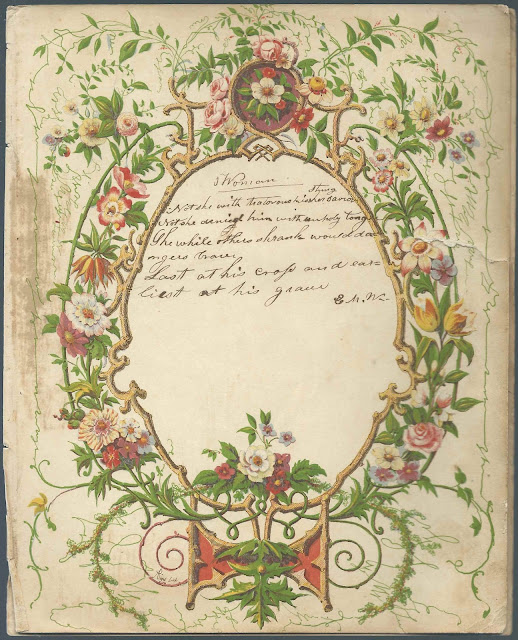