1896-1903 Autograph Album of May Cline of Blair Furnace, Altoona, Pennsylvania 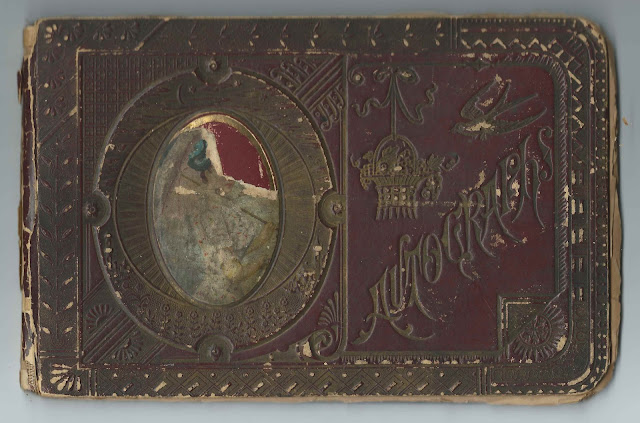 The inside front cover shows that the album was presented to "Mable E. Cline" by Eva Cline.  I'm not sure if Mabel was actually her name, as I found clues that lead me to believe the album may have belonged to Emma May Cline. 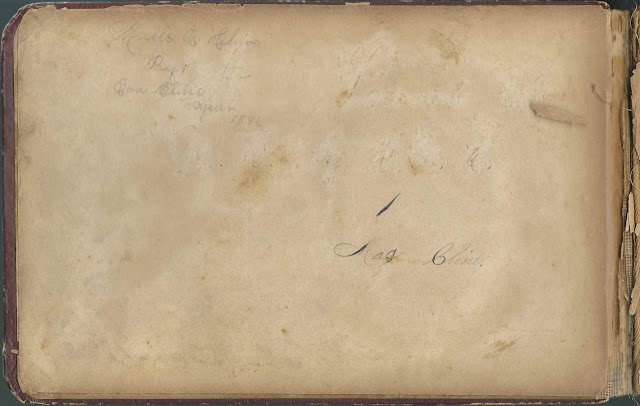 The album, which measures approximately 9" by 6", is in poor condition, with many pages unbound and most of them brittle around the edges.   The album contains several pages of scribbling, presumably by one of May's children after the album came to light at some point, and the sentiments of 18 of May's friends and schoolmates.  An alphabetical list of the inscribers, together with any personal information they offered, appears at the end of this post. 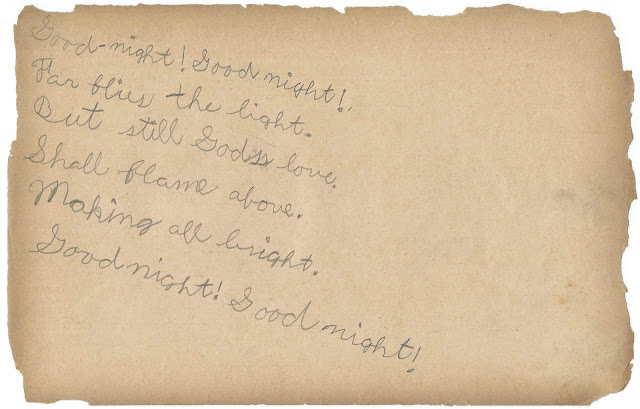 
As noted above, I wonder if May was Emma M. Cline, "May" or "Mae", daughter of William and Emma Cline and sister of Eva Cline, as listed in the 1900 Census of Logan Township, Pennsylvania.  Interestingly, Emma May Cline married widower Emory Nelson Stotler, a brother to inscriber John Ross Stotler, on April 15, 1903 at Duncansville, Pennsylvania.  Emma and Emory had two children; it's tempting to wonder if one of them did the scribbling on several pages throughout the album, one of which is shown above.

The page inscribed by John Ross Stotler on May 24, 1903, shortly after the marriage of Emma Mae Cline and Emory Nelson Stotler, in case that's a clue. 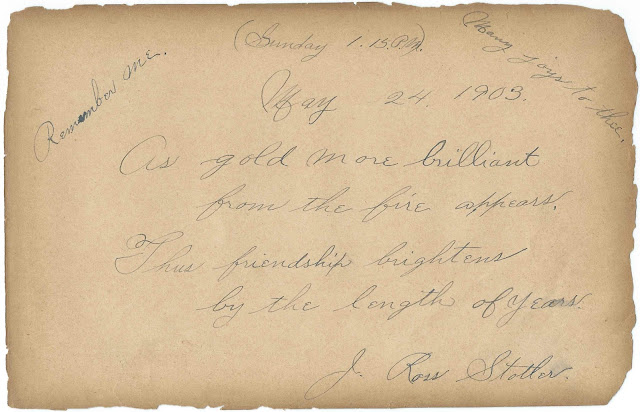 Emma Mae (Cline) Stotler is buried with Emory and other relatives in the Grandview Cemetery at Altoona, Pennsylvania. 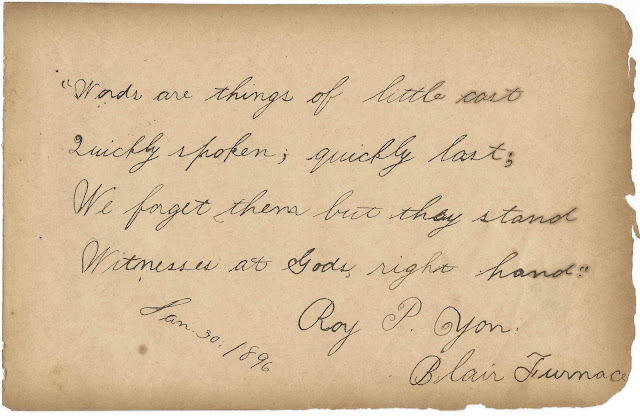