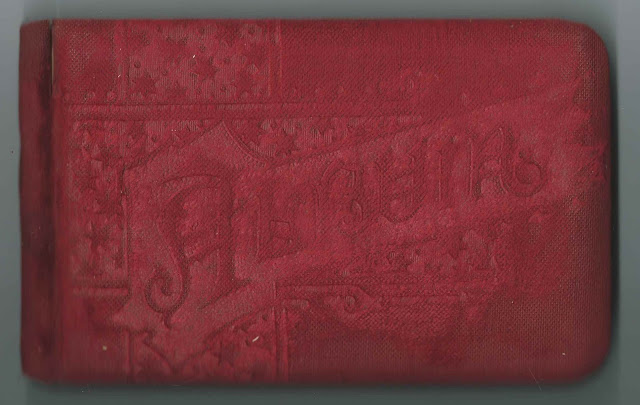 1888-1894 autograph album that belonged to Margaret Florence Baldwin, "Maggie", of Greenfield, Indiana; inscriptions from relatives, friends, schoolmates and at least one teacher.

Maggie's mother, Evaline (Fuqua) Baldwin, who presented the album to her daughter, presumably penned this inscription. 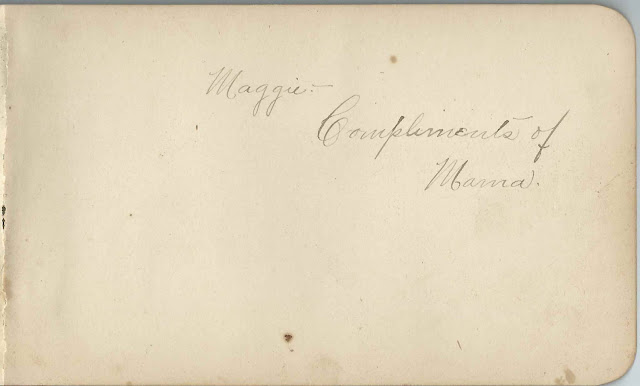 The album measures approximately 6-3/4" by 4-1/4" and contains the sentiments of 25 of Maggie's relatives, friends, schoolmates and teacher Emma Parnell.  An alphabetical list of the inscribers, together with any personal information they offered, appears at the end of this post. 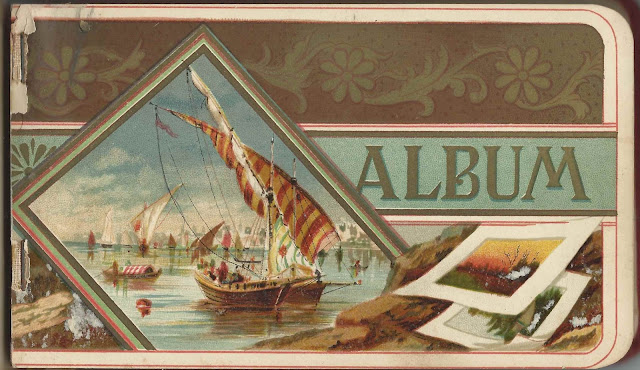 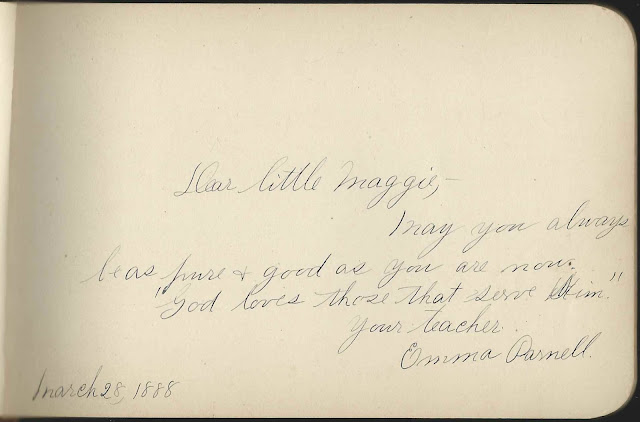 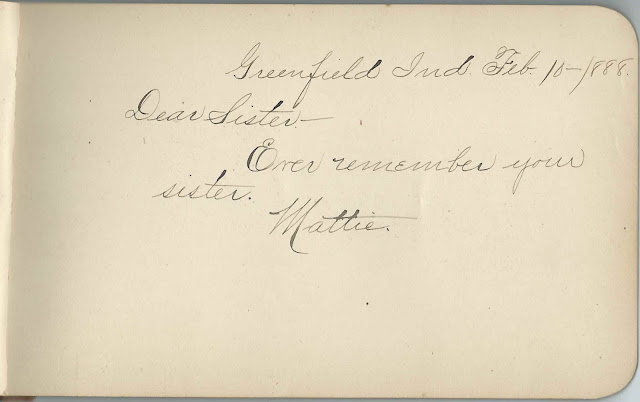 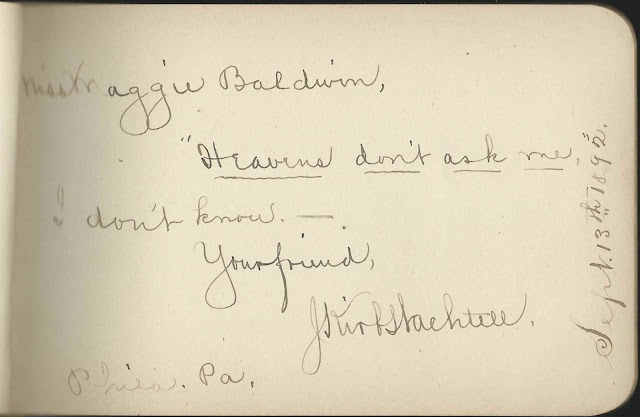