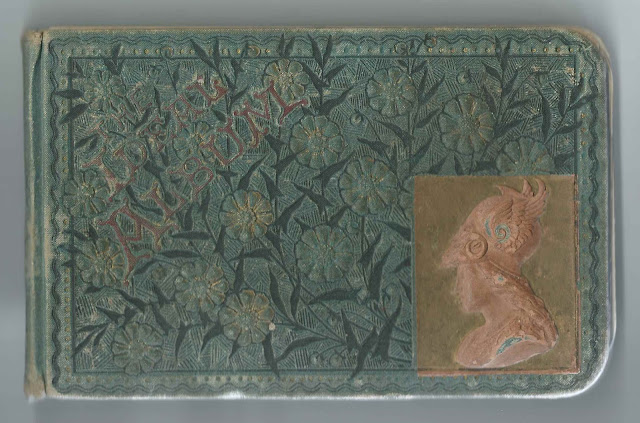 1880s autograph album that belonged to Elizabeth Streib or Strieb, "Lizzie", of Leona, Kansas, with one inscription added in 1907 by her son John Franklin Brant.

The Streib name appears in several variations, including Strieb, Striepe and Stripe. 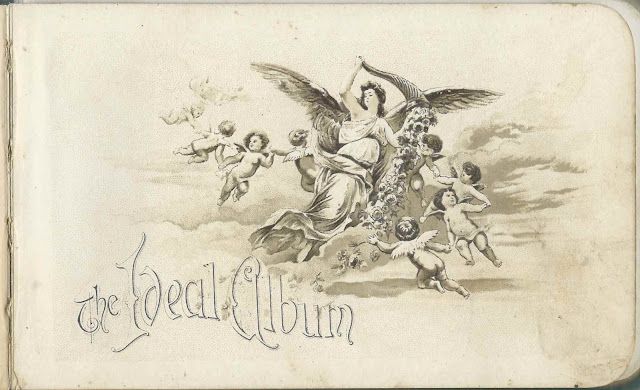 The album measures approximately 6-1/4" by 3-3/4" and contains the sentiments of 28 of Lizzie's relatives and friends.  An alphabetical list of the inscribers, together with any personal information they offered, appears at the end of this post. 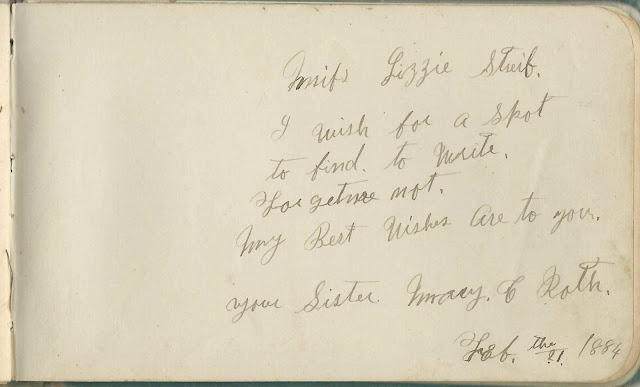 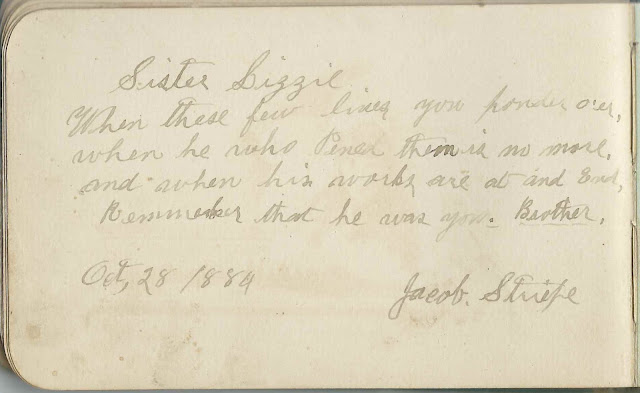 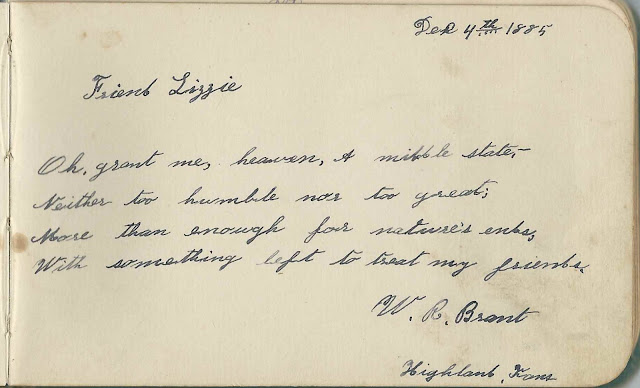 Lizzie and Walter had, I believe, four children, one of whom died young and one of whom, John Franklin Brant, inscribed a page in his mother's album in 1907, when it apparently came to light years later. 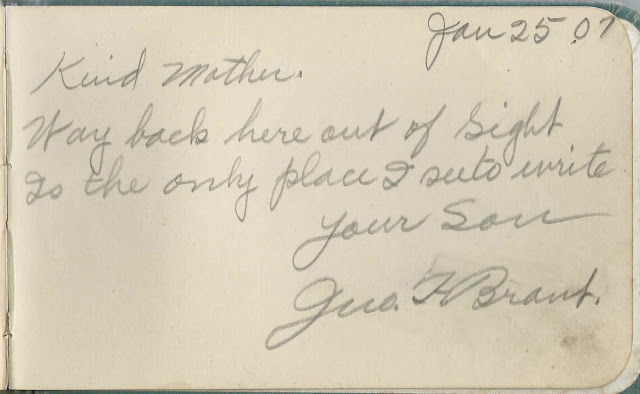 Walter died in 1898 and Lizzie in 1925.  They're buried with their young son George in the Pleasant Hill Cemetery at Leona, Kansas.