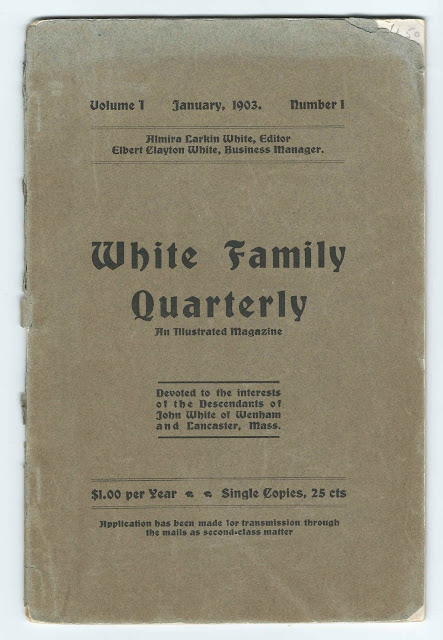 Charter issue of the "White Family Quarterly, An Illustrated Magazine Devoted to the interests of the Descendants of John White of Wenham and Lancaster, Mass."; Volume 1, January 1903, Number 1.  Edited by Almira Larkin White.

Measures approximately 9-1/4" by 6" and contains 35 numbered pages, with a frontispiece photograph of Horace White; J. B. White; W. V. White and B. A. White at Redemption Rock in 1902.

Interestingly, the first three volumes of this periodical are digitized at archive.org, in what appears to be a book format.  There are subtle differences between their Volume 1, Number 1 and the sole issue featured here.

"Upon This Rock May 2nd 1676 Was Made the Agreement For The Ransom Of Mrs. Mary Rowlandson Of Lancaster Between the Indians and John Hoar Of Concord.  King Philip Was With The Indians But Refused His Consent". 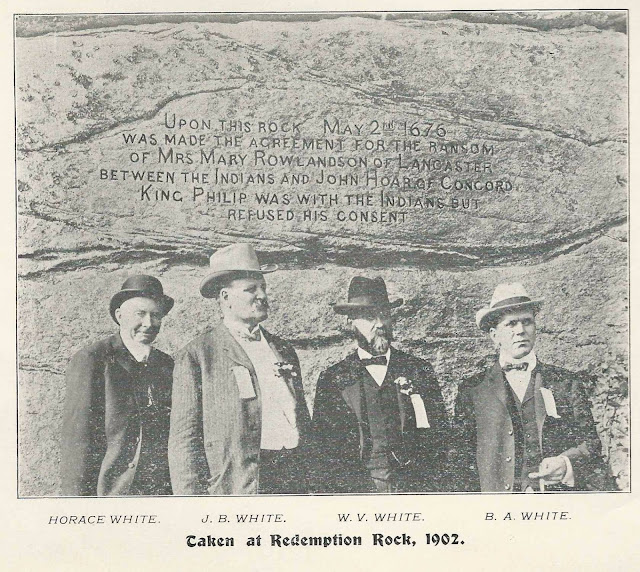 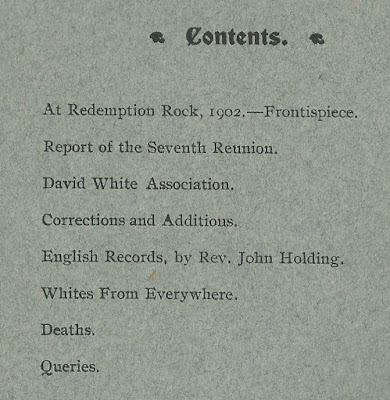 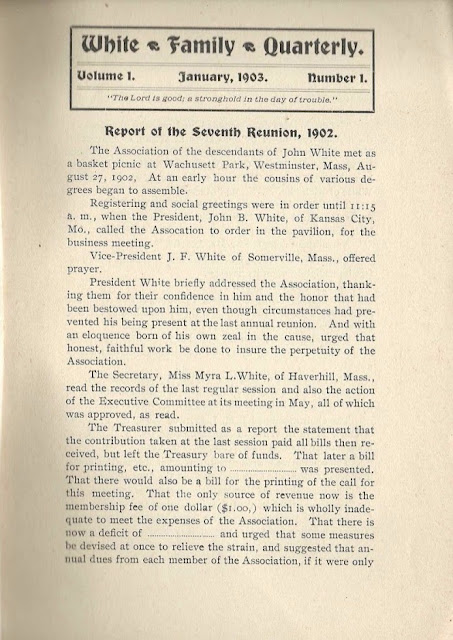 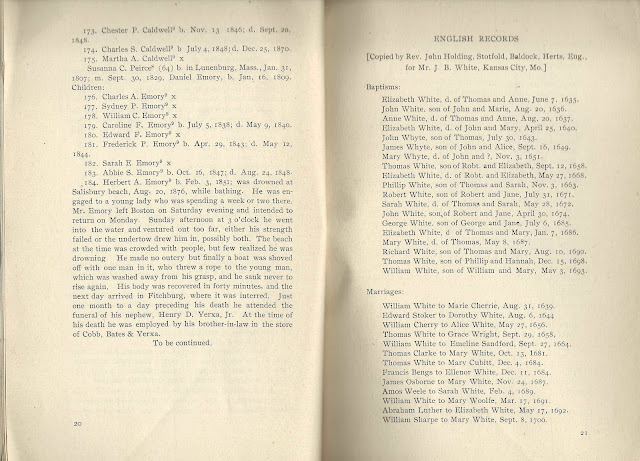 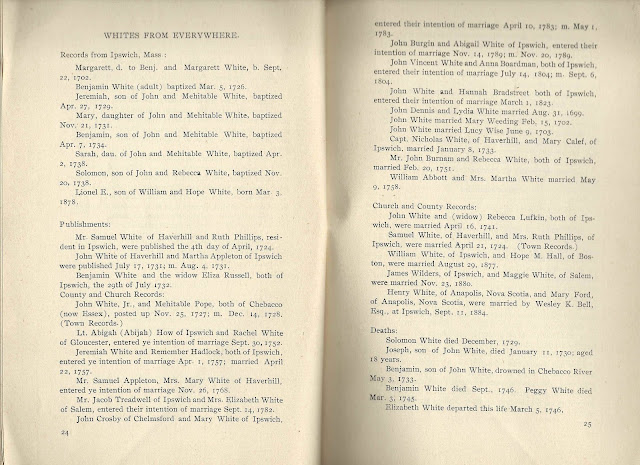 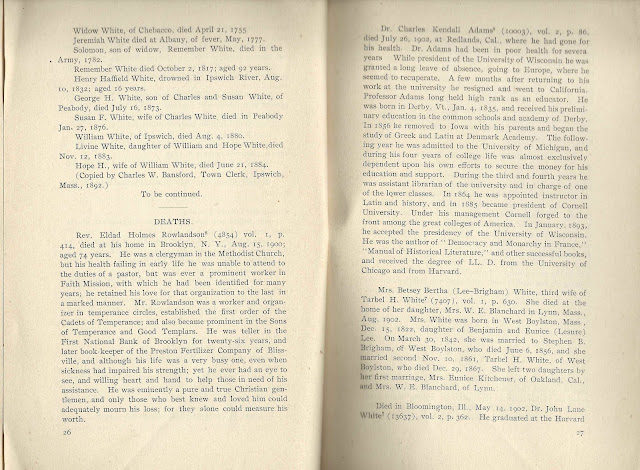 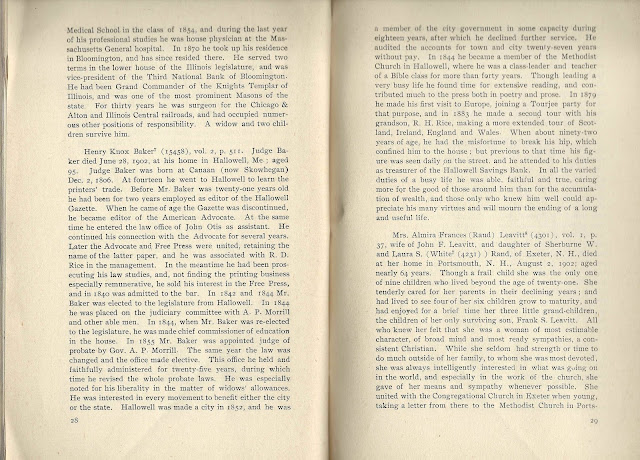 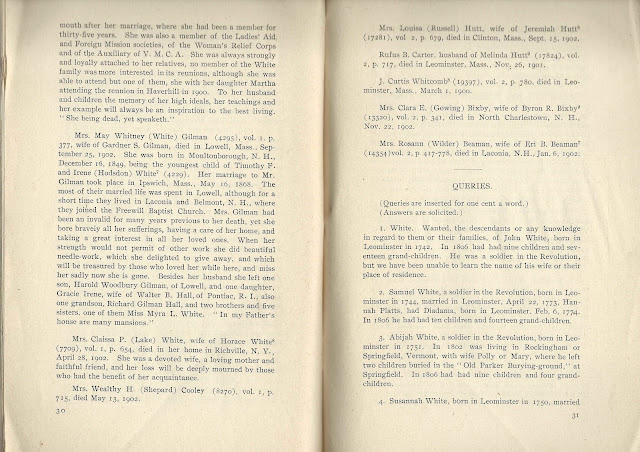 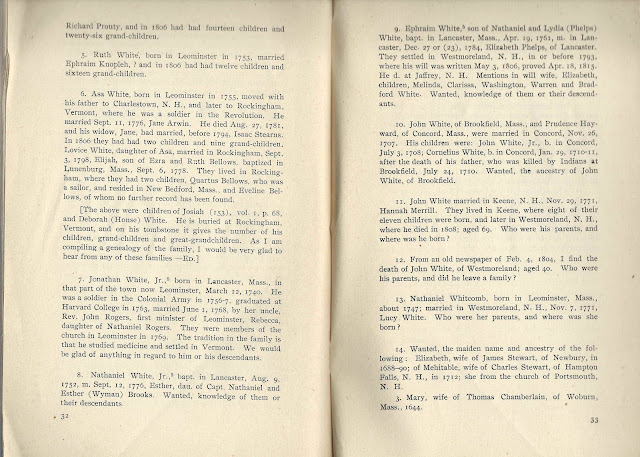 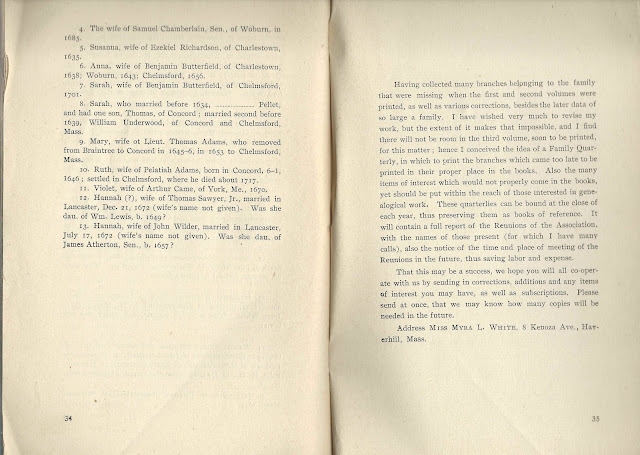 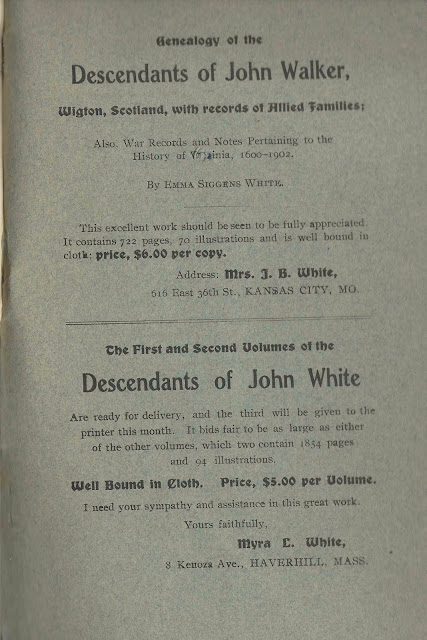