1850+ Bible of the Spinney Family of Eliot, Maine & Descendants 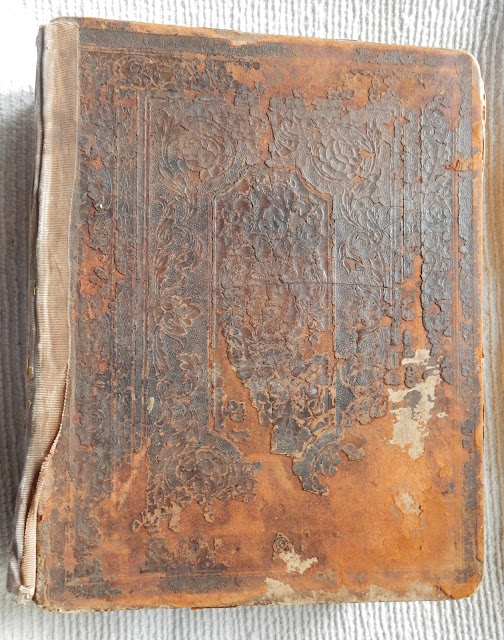 Bible at one time owned by Hermon G. Spinney, son of Samuel H. Spinney and Susan (Pettigrew) Spinney of Eliot, Maine.  The Bible may have belonged to Hermon's parents before it passed into his care. 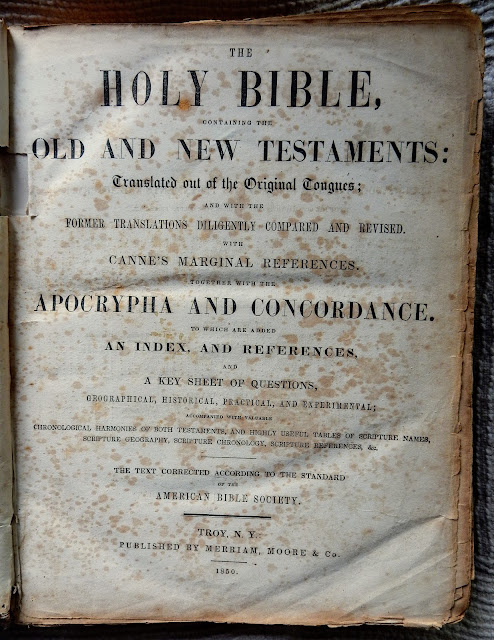 Many of the entries concern people born in the 20th century, and I won't show them here; contact me for a look up.


Unless there's a page or more missing, there are no entries for the births of Samuel H. Spinney, his wives Ann M. (Kennison) and Susan (Pettigrew) Spinney or Samuel's children Emma (Spinney) Wherren; Willard H. Spinney; Howard E. Spinney; or the aforementioned Hermon G. Spinney, or their wives. 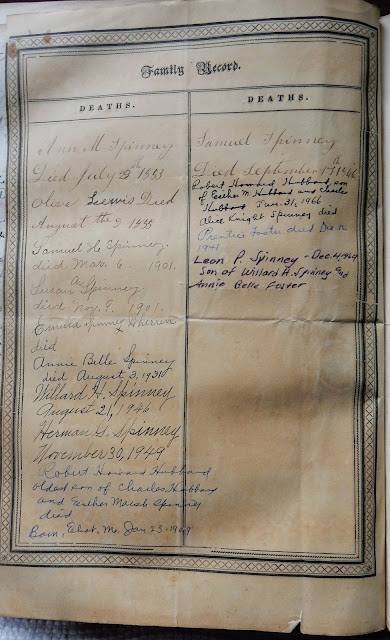 On another page with more contemporary information on the top in a different ink is this section at the bottom, which mentions the marriages of:

Again, much of the information deals with people born toward the middle of the 20th century, and I won't show that information here. 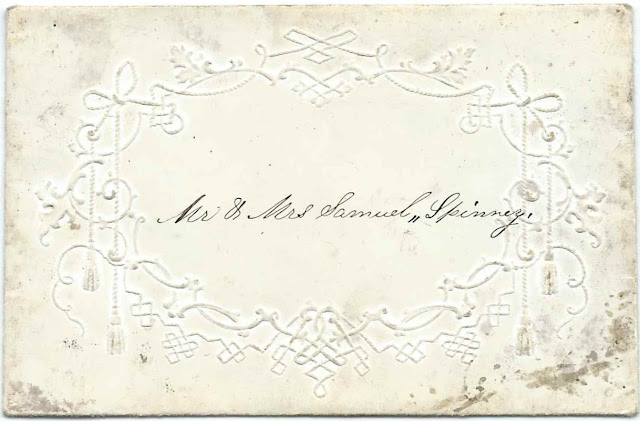 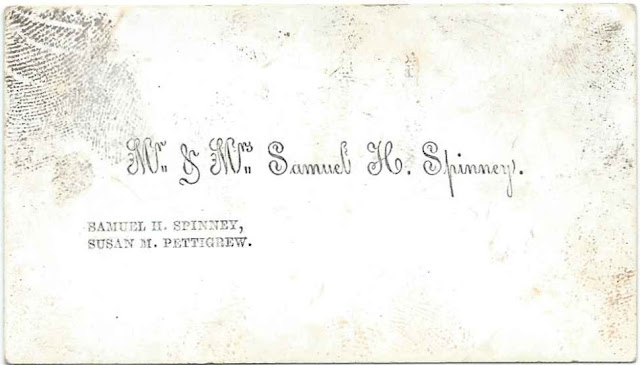 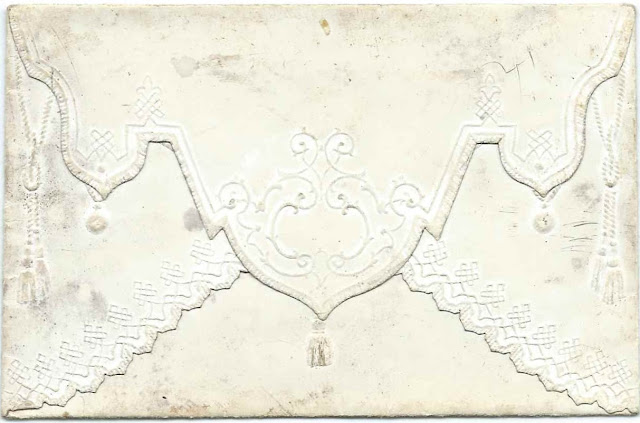 If you have corrections and/or additions to the information above, or if you'd like me check one of the more contemporary entries for you, please leave a comment or contact me directly.