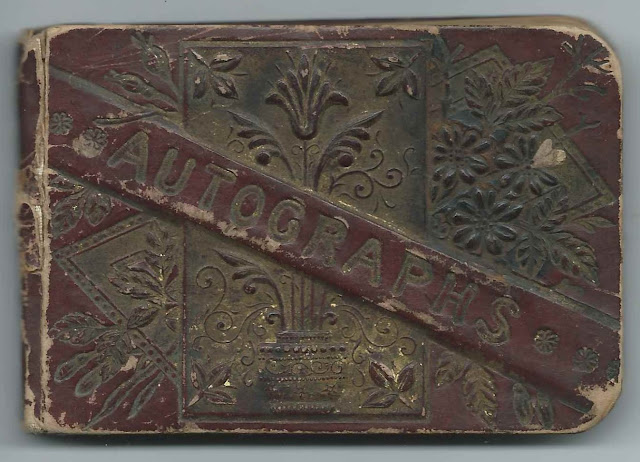 Autograph album presented to Belle Payton by her parents on November 20, 1884, which was a Thursday, possibly Thanksgiving Day. 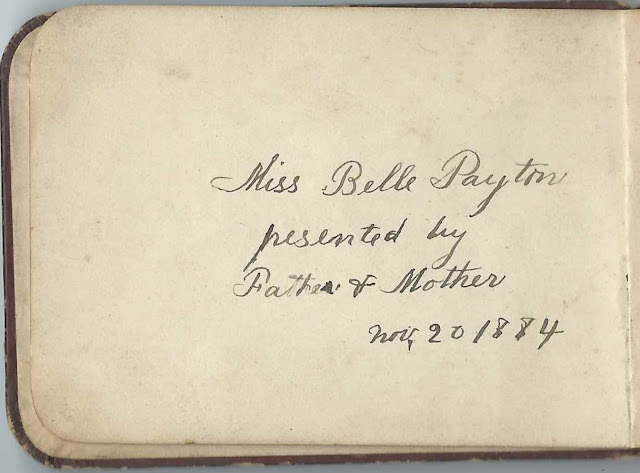 I believe Belle was Carrie Belle Payton, born December 1, 1872, daughter of Arthur Payton and Caroline C. (Corder) Payton.  Two of Belle's sisters inscribed pages in her album, Maud and Maggie, and it happens that Carrie Belle Payton had sisters by that name. 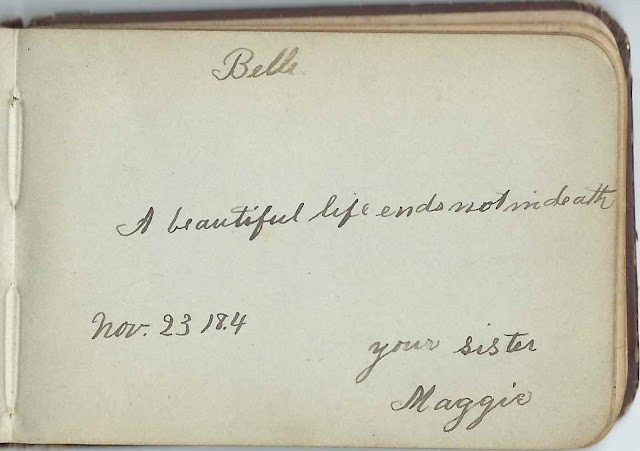 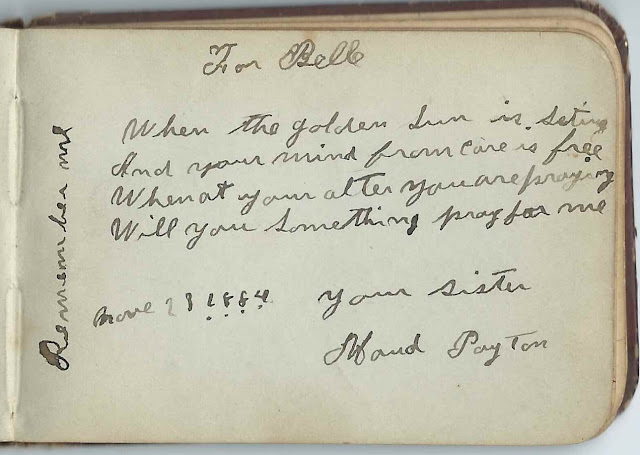 The album measures approximately 4-1/4" by 2-3/4" and contains the sentiments of 32 of Belle's relatives, friends, schoolmates and teachers.  An alphabetical surname list and an alphabetical list of the inscribers, together with any personal information they offered, appear at the end of this post. 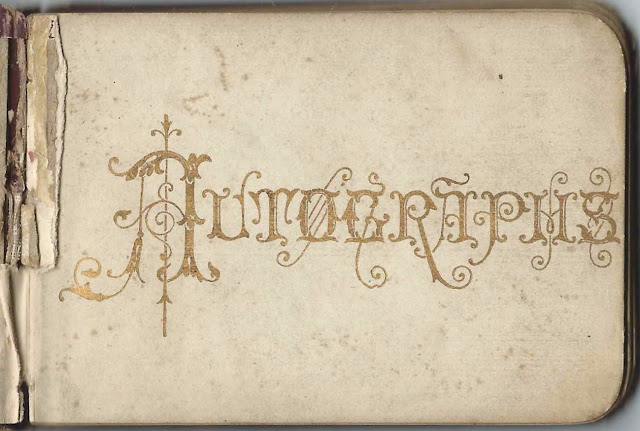 Carrie Belle Payton was born December 1, 1872 in Illinois, the daughter of Arthur Payton and Caroline Cordelia C. (Corder) Payton, who were born in Kentucky and Indiana respectively.  Carrie Belle married William M. Davis and had, I think, three children: Mildred, Willard and Della.

Carrie, William and at least two of their children are buried in the Mount Olive Cemetery at Mayview, Illinois.

If you have corrections and/or additions to the information above, or if you feel that Belle Payton was not Carrie Belle Payton, please leave a comment or contact me directly.