CDV of Union Soldier, Possibly Esau Bloom; tucked in the Bible of Jeremiah Bloom & Susanna (Snyder) Bloom of Ohio; Passed on to their son James Hagan Bloom of Sherwood, Ohio 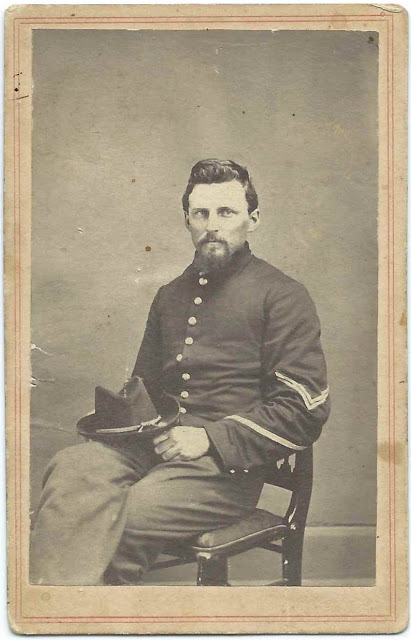 Note of August 21, 2020: A reader notes that of the Bloom brothers, it was Esau Bloom who earned promotion to corporal, as evidenced by the stripes on his arm.

The CDV was found tucked in the Bible of Jeremiah Bloom & Susanna (Snyder) Bloom, Pennsylvania natives who moved to Ohio.  Judging from the mementos tucked in, I believe that the Bible then passed on to their son James Hagan Bloom (1859-1926), an undertaker and furniture dealer at Sherwood, Ohio.  The Bible contains three pages of family records, as well as CDVs and tintypes, documents and mementos.

I didn't find a record of military service for Jeremiah.  His sons were too young to fight in the Civil War, though they could have served in a later era.

Interestingly, though, Jeremiah's younger brothers Jacob S. Bloom and Esau Bloom served in Company H of the Sixty-Fourth Regiment of the Ohio Volunteer Infantry.  Both were wounded.  Perhaps the soldier shown above is Jacob or Esau [see note above and comment below favoring Esau Bloom]

Surnames of people who married into the Bloom family: 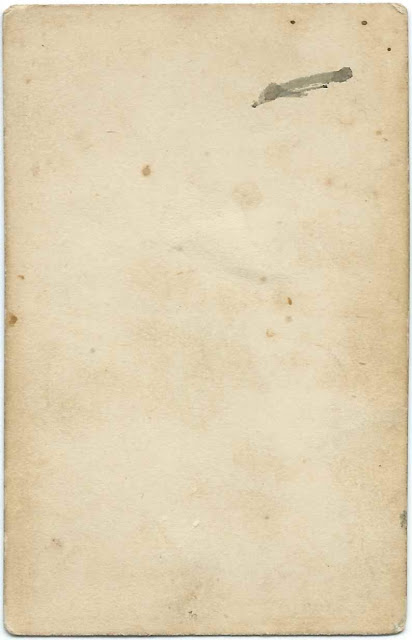 If you recognize this man from your family photographs or research, please leave a comment or contact me directly.