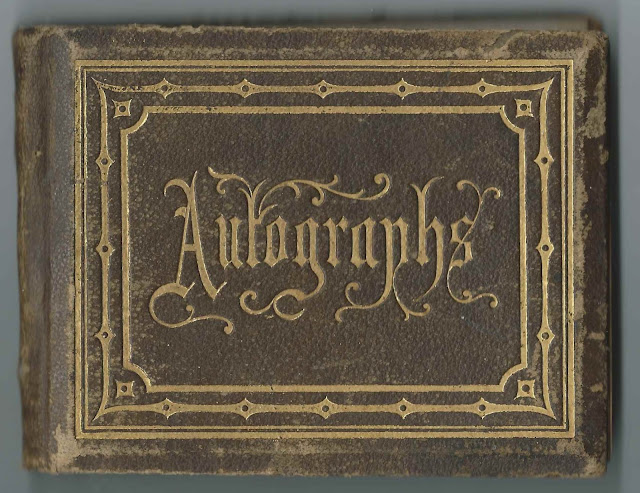 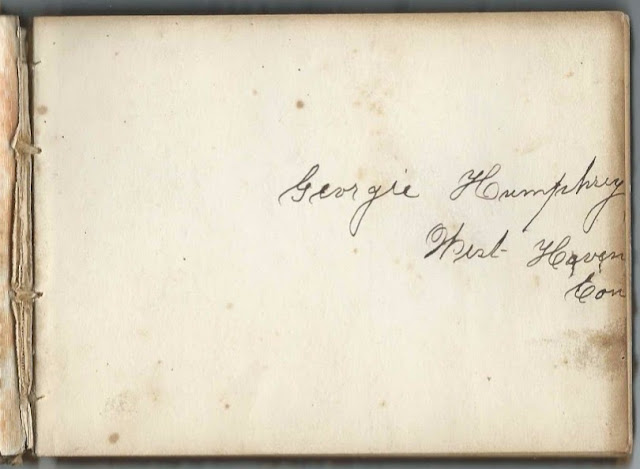 Georgie was presumably one of the following or another person, though Georgianna Humphrey would be my guess:

Georgianna Humphrey and George Washington Humphrey were paternal cousins.  In fact, there were family connections between many of the inscribers.  See The Humphreys Family in America compiled by Frederic Humphreys, M.D., and others, published in 1883.

The page below, inscribed "To Artie from her mother", throws another monkey wrench into the dilemma.  Did Georgie have another nickname? 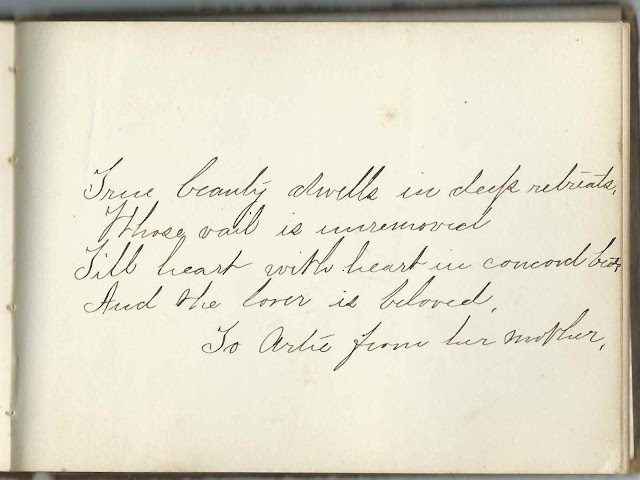 If Georgie didn't have the nickname "Artie", was the page perhaps inscribed by one of the following:


Another page was inscribed by Helena to her sister.  I didn't find a Helena as the blood sister of either Georgianna (Humphrey) Caldwell or George Washington Humphrey.  And neither Georgianna nor George was married by 1874, when the page was inscribed, so that would rule out a sister-in-law, unless Georgianna had an earlier marriage that I missed.  It's possible that the use of "sister" was an honorific due to a close friendship or religious association.  Hopefully a reader will have insights to share. 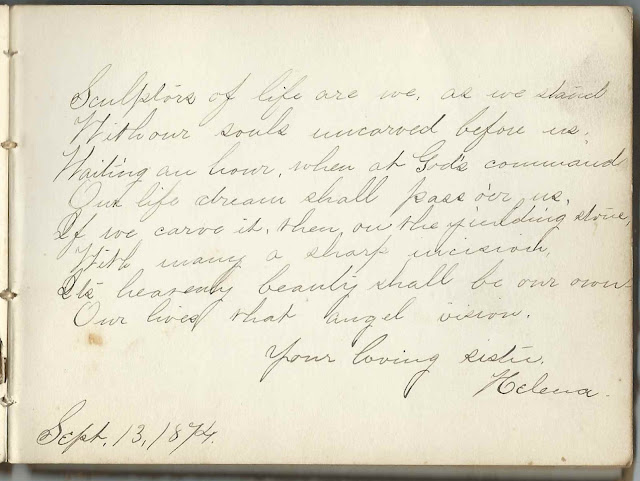 The album measures approximately 5-1/4" by 4" and contains the inscriptions or name stamps of 15 of Georgie's relatives and friends.

If you can tease out Georgie's, or Artie's, identity from the clues provided in the inscriptions, listed farther below, please leave a comment or contact me directly.

Inscriptions and Name Stamps in the Album

Posted by Pam Beveridge at 9:53 AM